Home » ‘Out of Africa’ with Valanga Khoza
News Categories 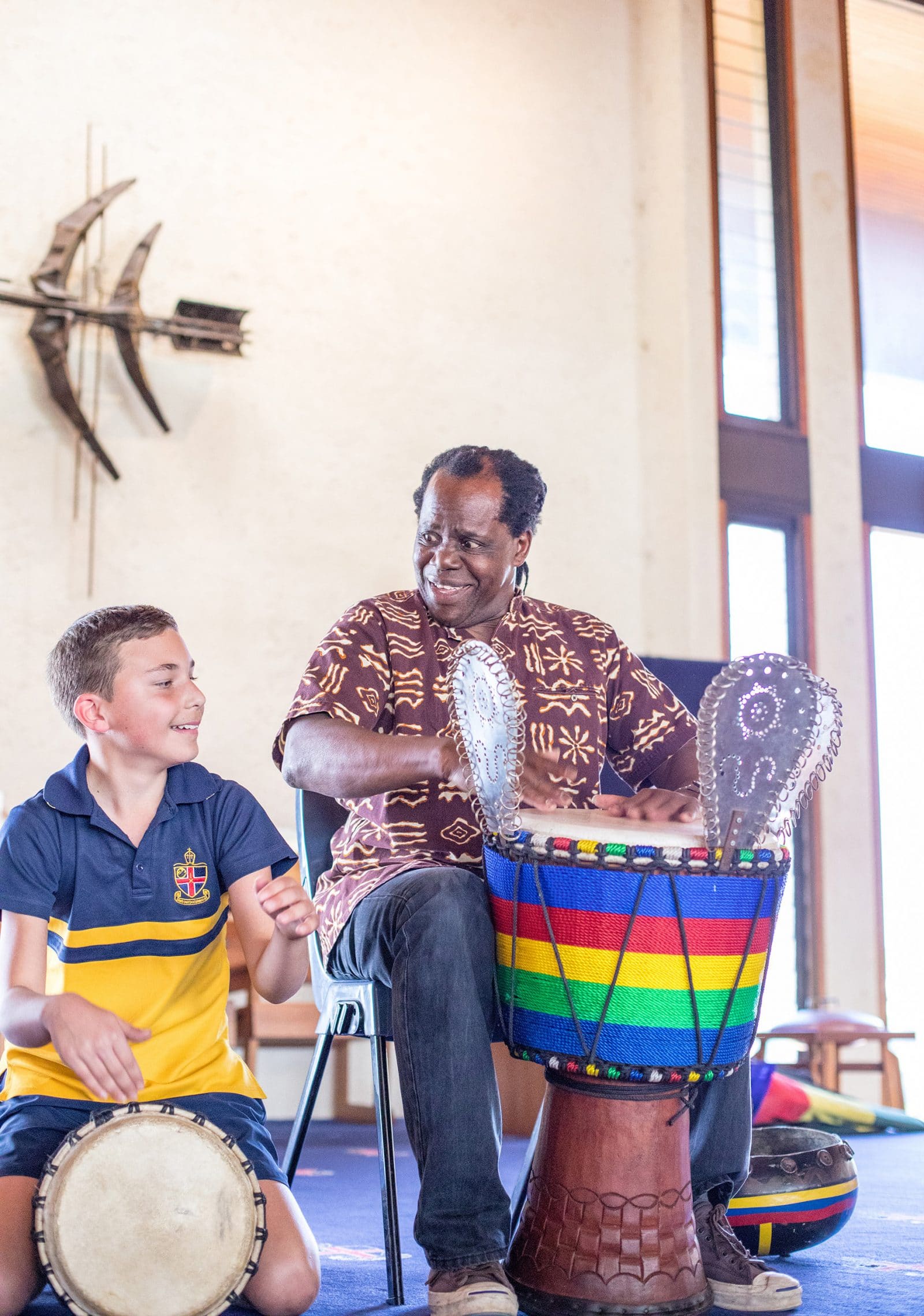 Our Year 6 boys were completely intrigued during a recent visit by storyteller and musician, Valanga Khoza.

Throughout the visit Valanga had the boys delighted and engaged, as they sang along with his performances and several lucky boys had the opportunity to join him on stage and try out the many different instruments.

Valanga shared the story of his childhood, describing his first experiences of racism, discrimination and unjust treatment, and the beginning of his journey to exile.

Born in South Africa, Valanga was exiled along with other young people from his hometown in 1976 following a struggle against apartheid. He moved through refugee camps across various African nations before eventually resettling in Australia.

“The story was quite harrowing but Valanga managed to tell it with humour and grace which the boys seemed to appreciate and understand,” said Acting Years 5 and 6 Co-ordinator, Sally MacKinnon.

“His visit was an excellent addition to our current Year 6 History unit on migration and refugees as the boys explore the ‘push and pull’ factors that contribute to people moving between countries.”

“We have read about migration and the plight of refugees from various sources, but there is nothing that compares to a guest speaker who can convey this entirely using his own life story.”

“Judging by the enthusiastic discussion following the visit, the boys empathised with Valanga and his talk has given them much food for thought.”

“You really got a sense for how grateful he is to Australia, but also how important it is that he can keep his culture alive through his stories and music. It was a great experience for everyone.”

“He made it funny but it was really serious at the same time,” remarked one of the students.