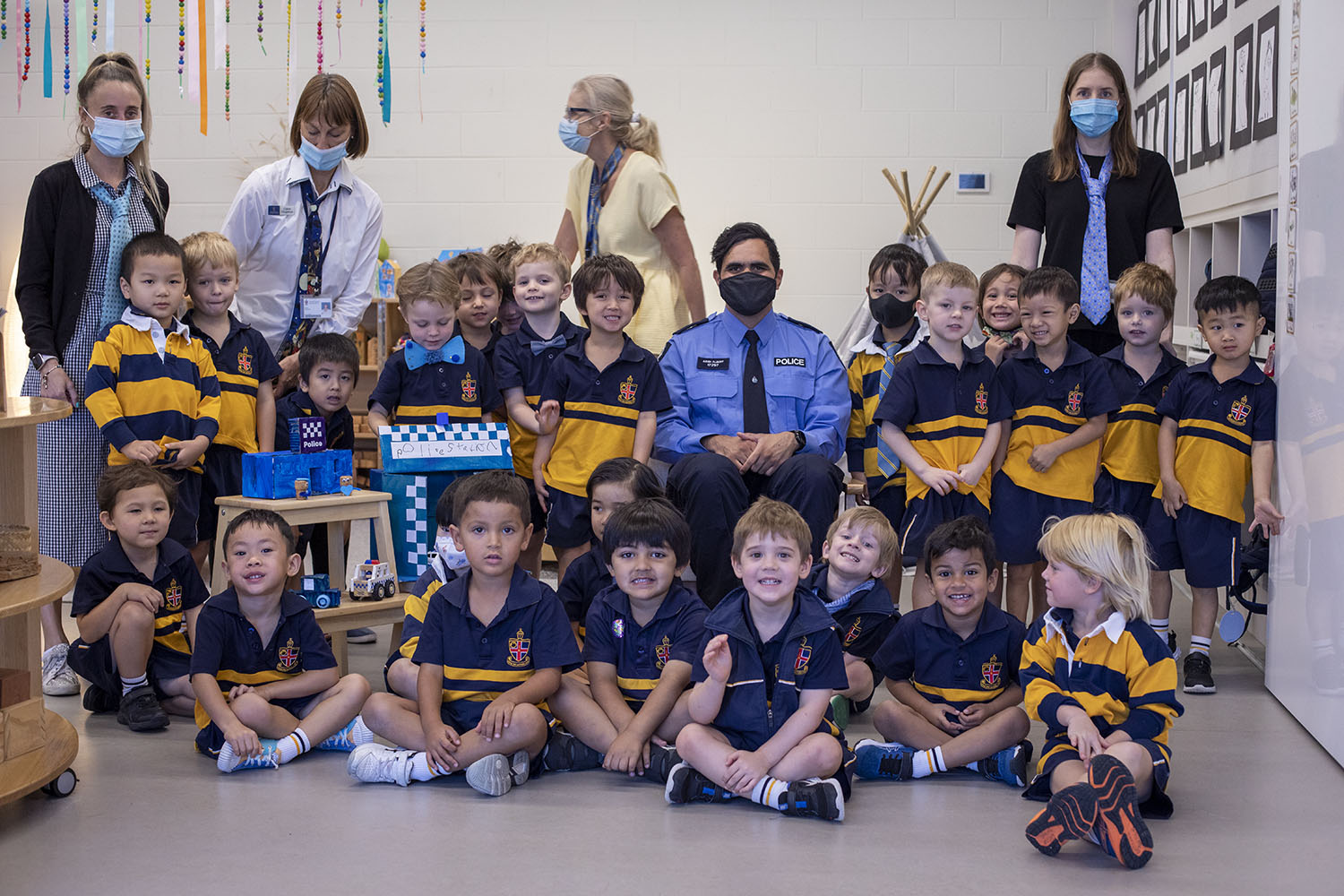 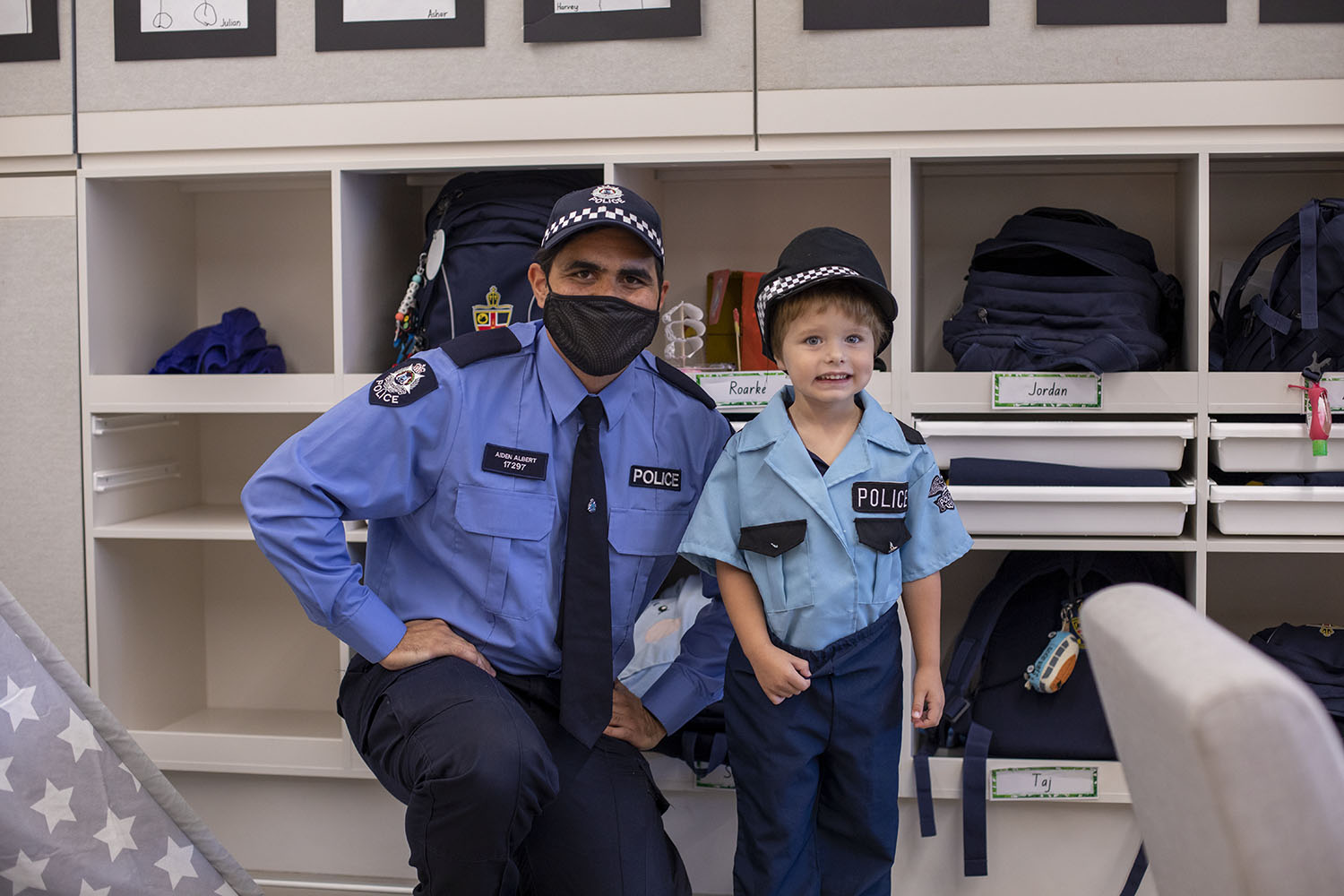 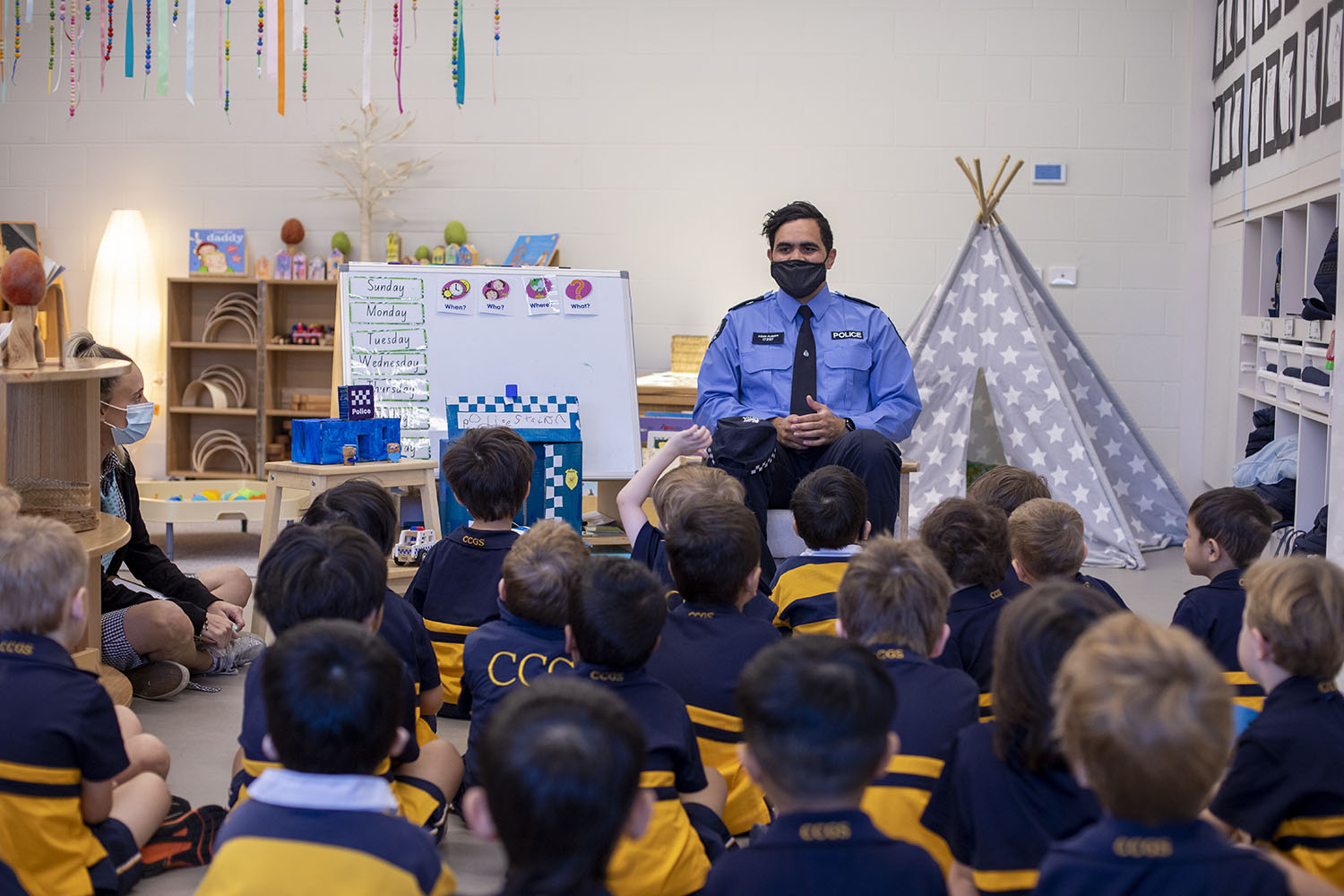 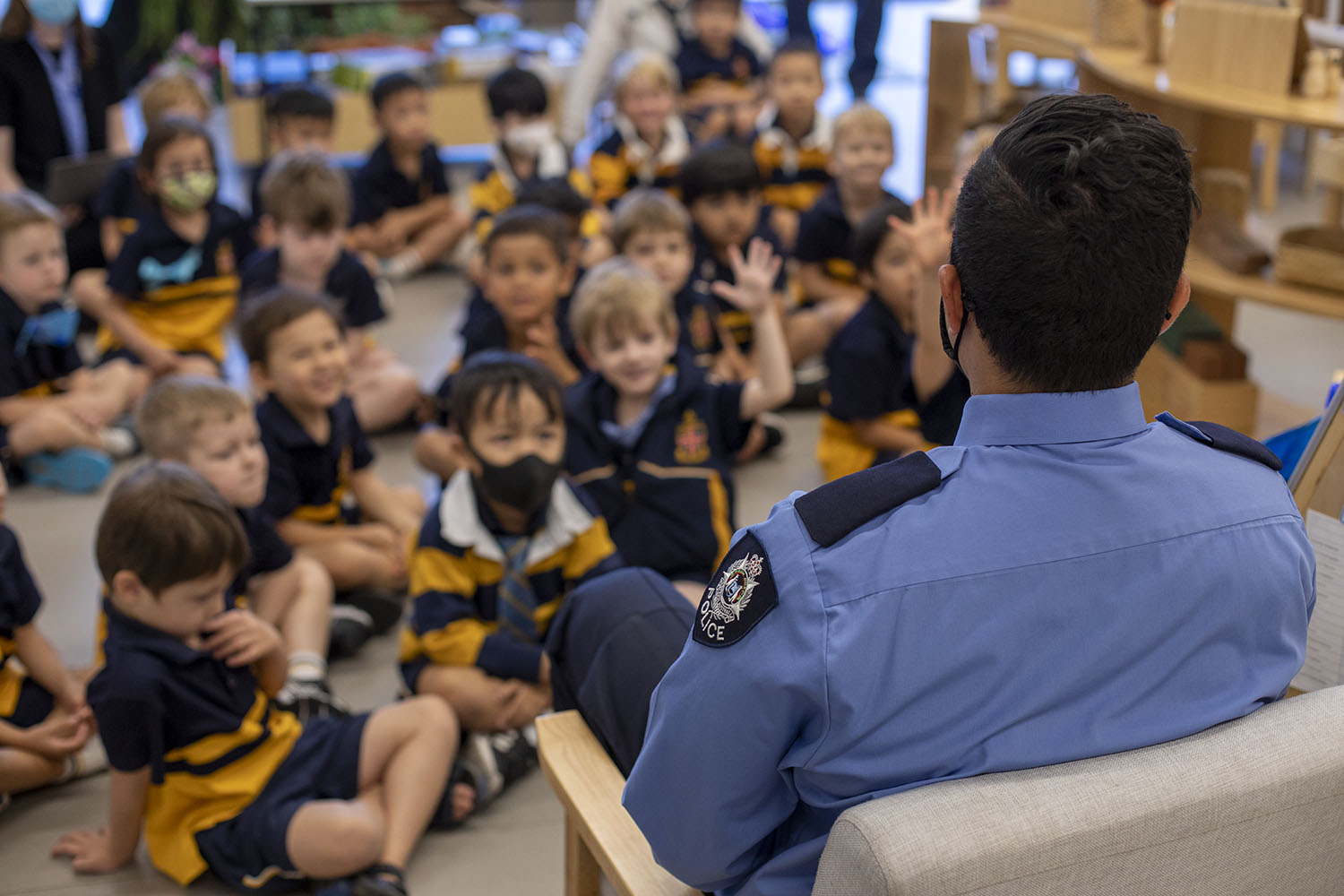 This week our Kindergarten students were very excited to receive a visit from police officer, and Christ Church old boy, Constable Aiden Albert. Originally from Broome, Constable Albert was a boarding student who graduated in 2012.

Constable Albert returned to the School to speak with our Kindergarten students about his journey to becoming a police officer, which stemmed from his desire to work with the youth and build strong communities.

The Kindergarten boys were quite curious and had a number of questions they wanted to ask a police officer including:

Constable Albert dutifully answered all their questions and emphasised the importance of following the rules and doing the right thing.

“In Kindergarten we have been learning about communities, including the police officers, doctors and nurses, and firemen who help us stay safe. It was great for the boys to hear from Constable Albert, a police officer who cares so passionately about building stronger communities and who, as an old boy, is a wonderful role model for Christ Church boys to look up to,” said Kindergarten teacher Brianne Utting.