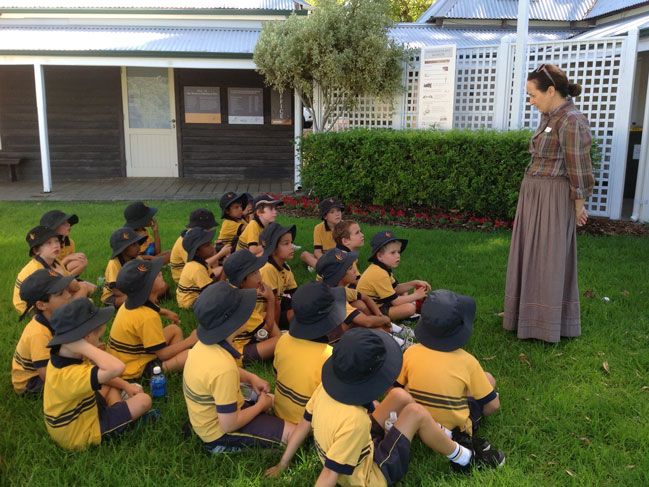 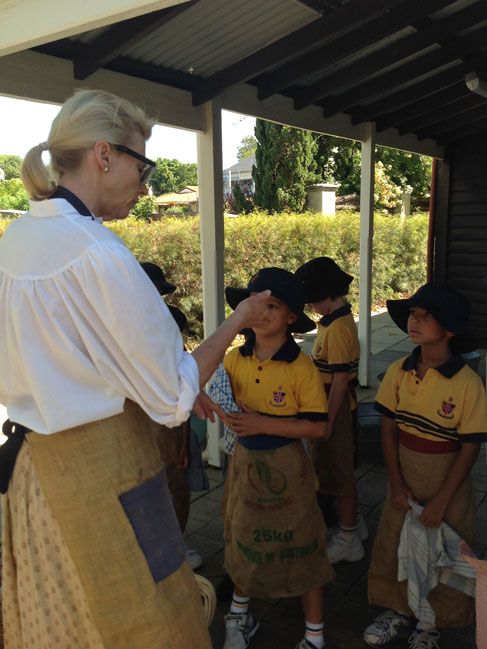 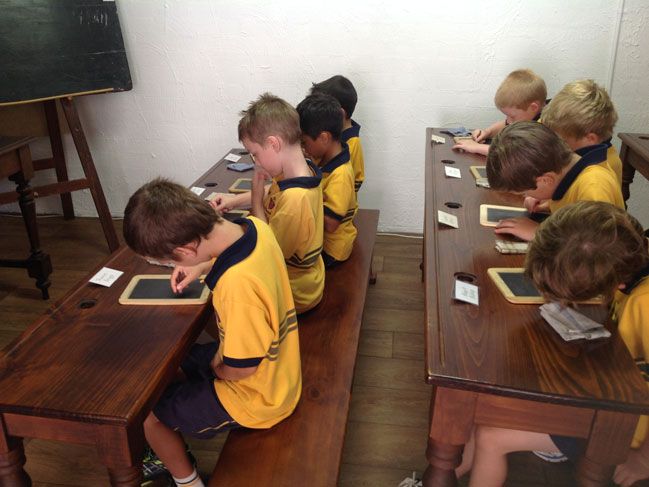 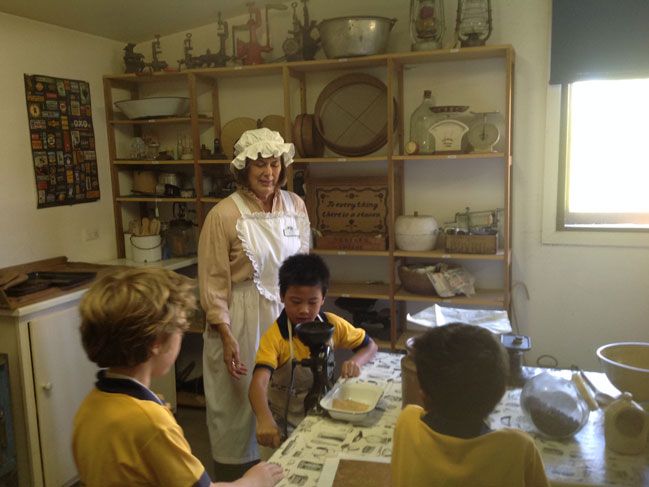 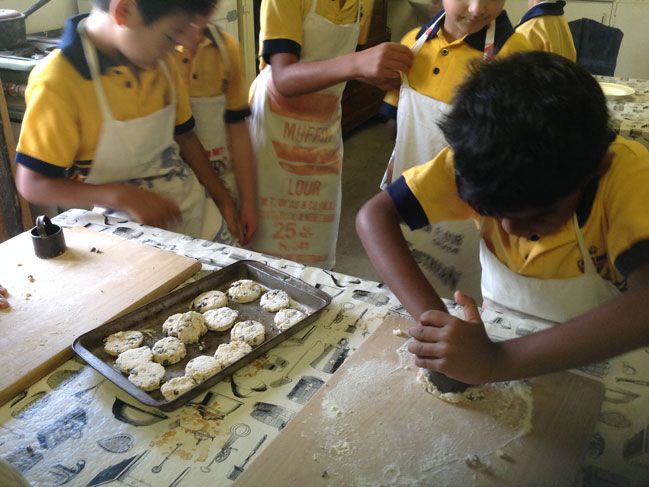 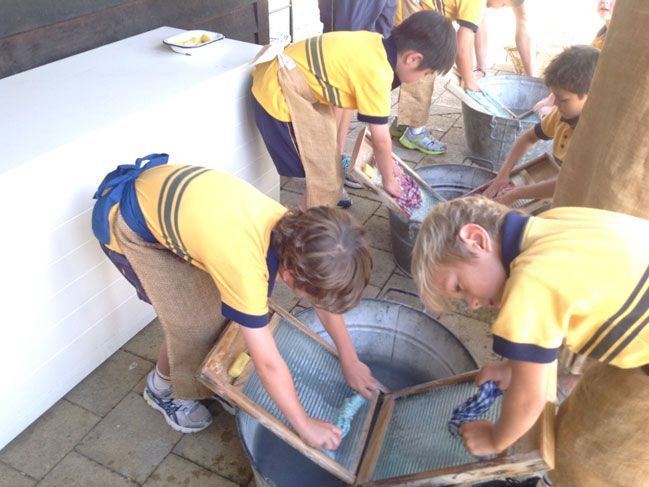 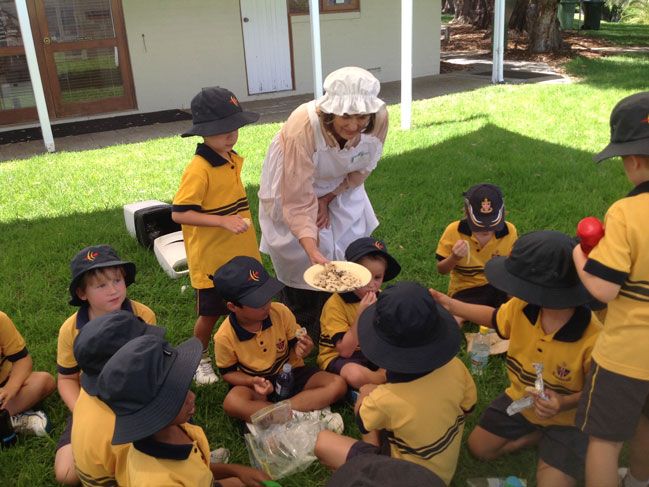 On Tuesday 24 February, 2CH visited Freshwater Bay Museum, originally constructed in 1862 and operating as the first school between Fremantle and Perth.

The boys had a chance to immerse themselves in ‘school life of the past’ which involved grinding wheat so they could make scones, hand washing tea towels and putting them through the wringer and finally re-enacting a day in the classroom.

In the classroom, teacher ‘Mrs Herbert’ (first teacher at Freshwater Bay School) beautifully delivered by Town of Claremont Education Officer Pippa, encouraged the boys to sing ‘God Save the Queen’, sit in rows and write on slate boards. Anyone misbehaving was required to wear a ‘dunce’ hat or ‘talker’ sign.

Everyone enjoyed the activities and was rewarded with freshly baked scones at recess.

When asked about the best part of the excursion, surprisingly Mrs Herbert’s class was a winner due to the ‘strict nature’ of the teacher!