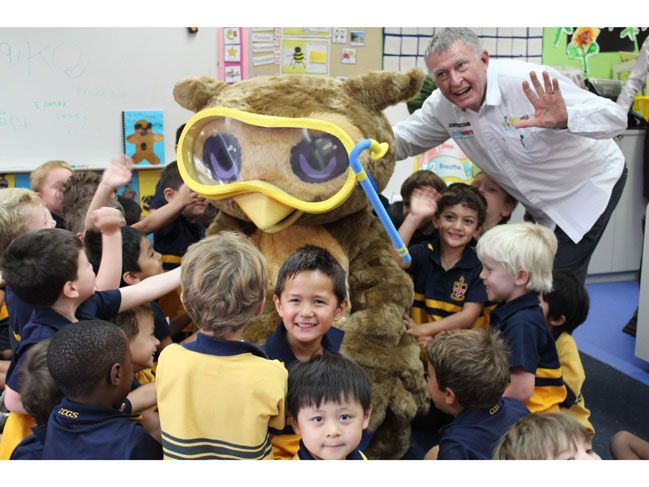 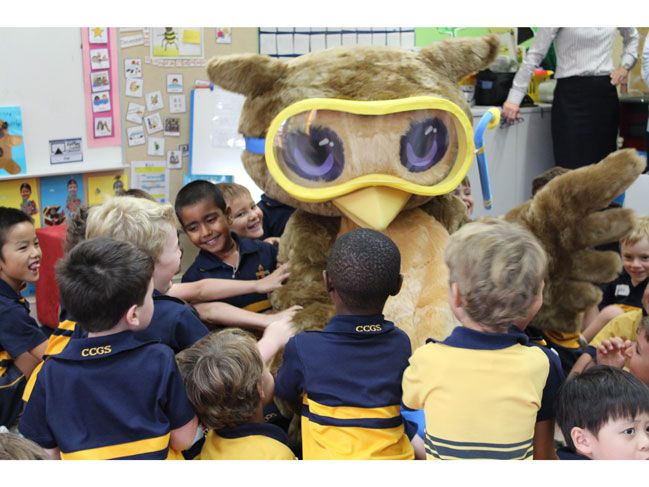 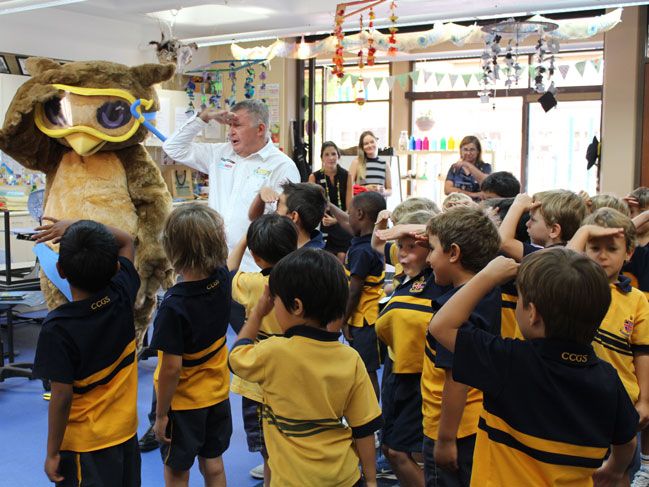 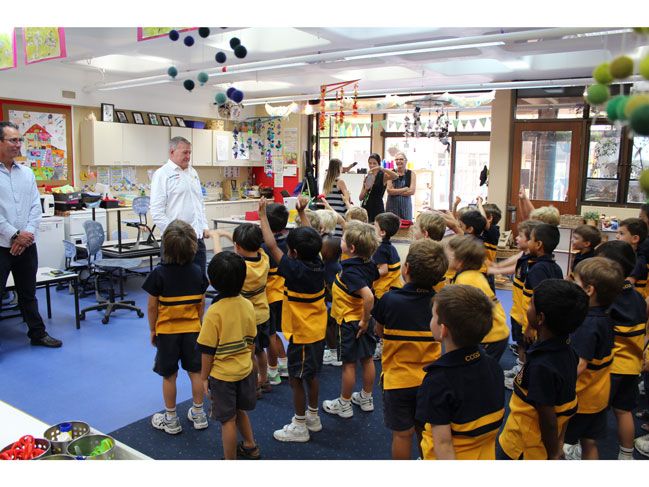 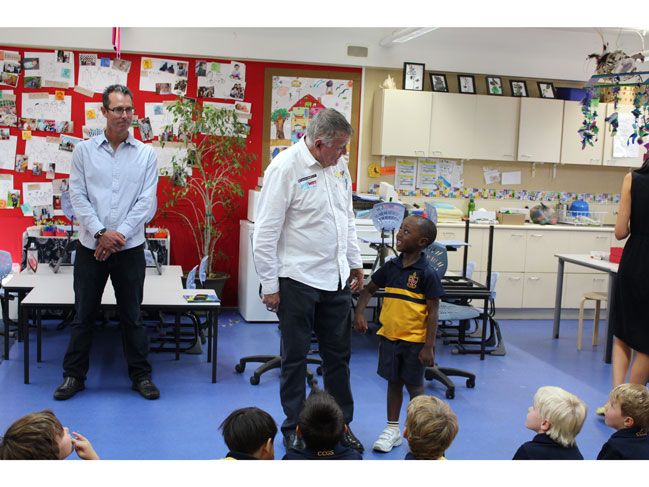 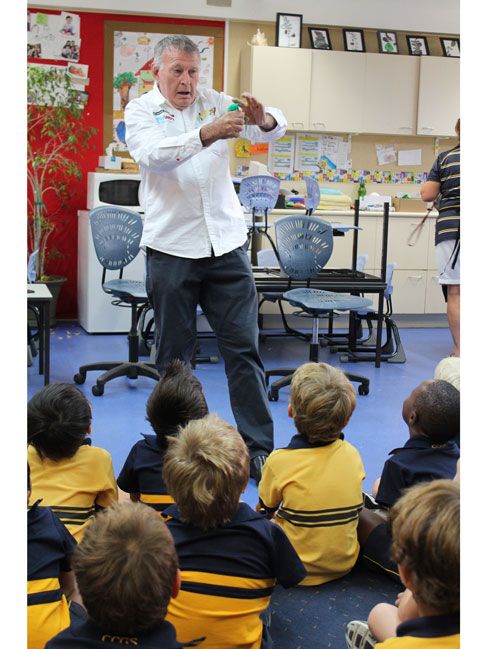 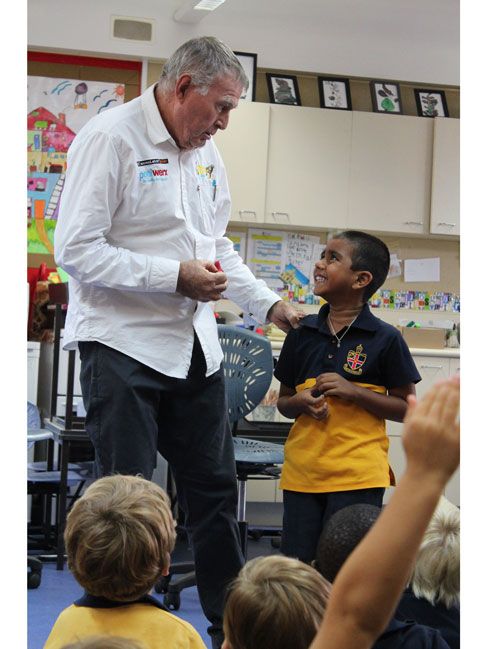 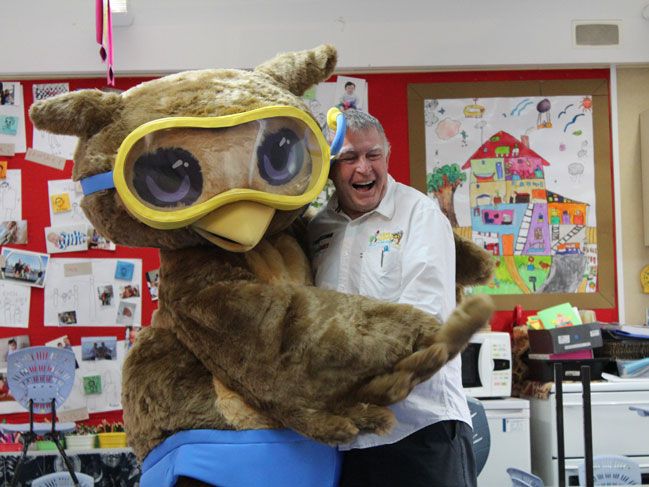 Laurie and his good friend Wise Owl mesmerised and amused the boys with magic tricks, songs and jokes. While doing so, they engaged the boys in Laurie’s important safety messages from his Kids Alive – Do the Five water safety program.

The pair taught the boys the five steps to reduce the risk of preschool aged drowning – ‘Fence the pool, shut the gate, teach your kids to swim – it’s great. Supervise, watch your mate and learn how to resuscitate.’

Laurie informed the boys and their teachers that drowning is the greatest cause of accidental death in children under five in Australia. Each week, on average, one child drowns.

In 1988 to combat drowning, Laurie created the Kids Alive – Do the Five water safety program. The Kids Alive program educates the public on five important steps to reduce the risk of preschool drowning. To find out more about the program visit the Kids Alive website.