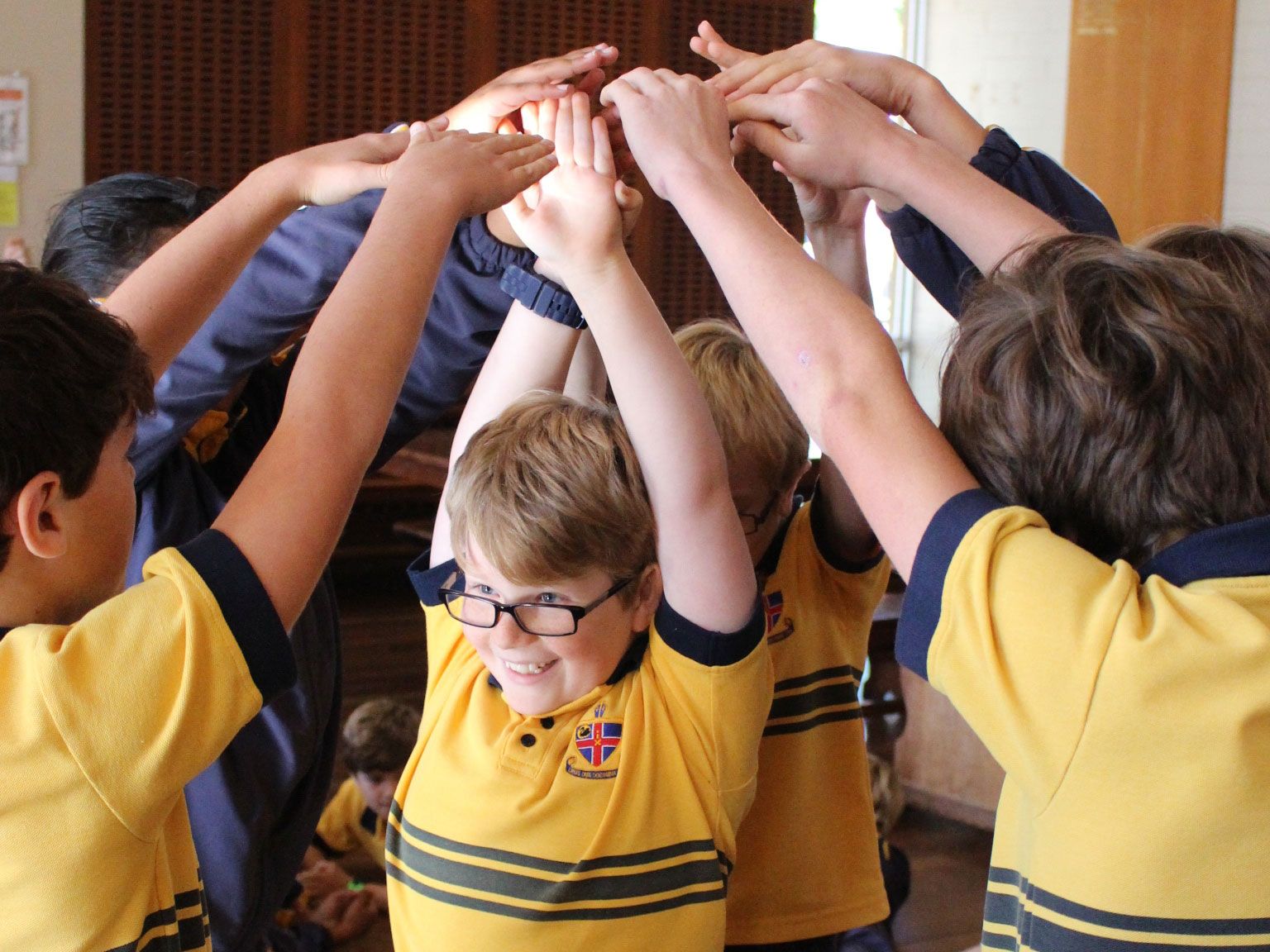 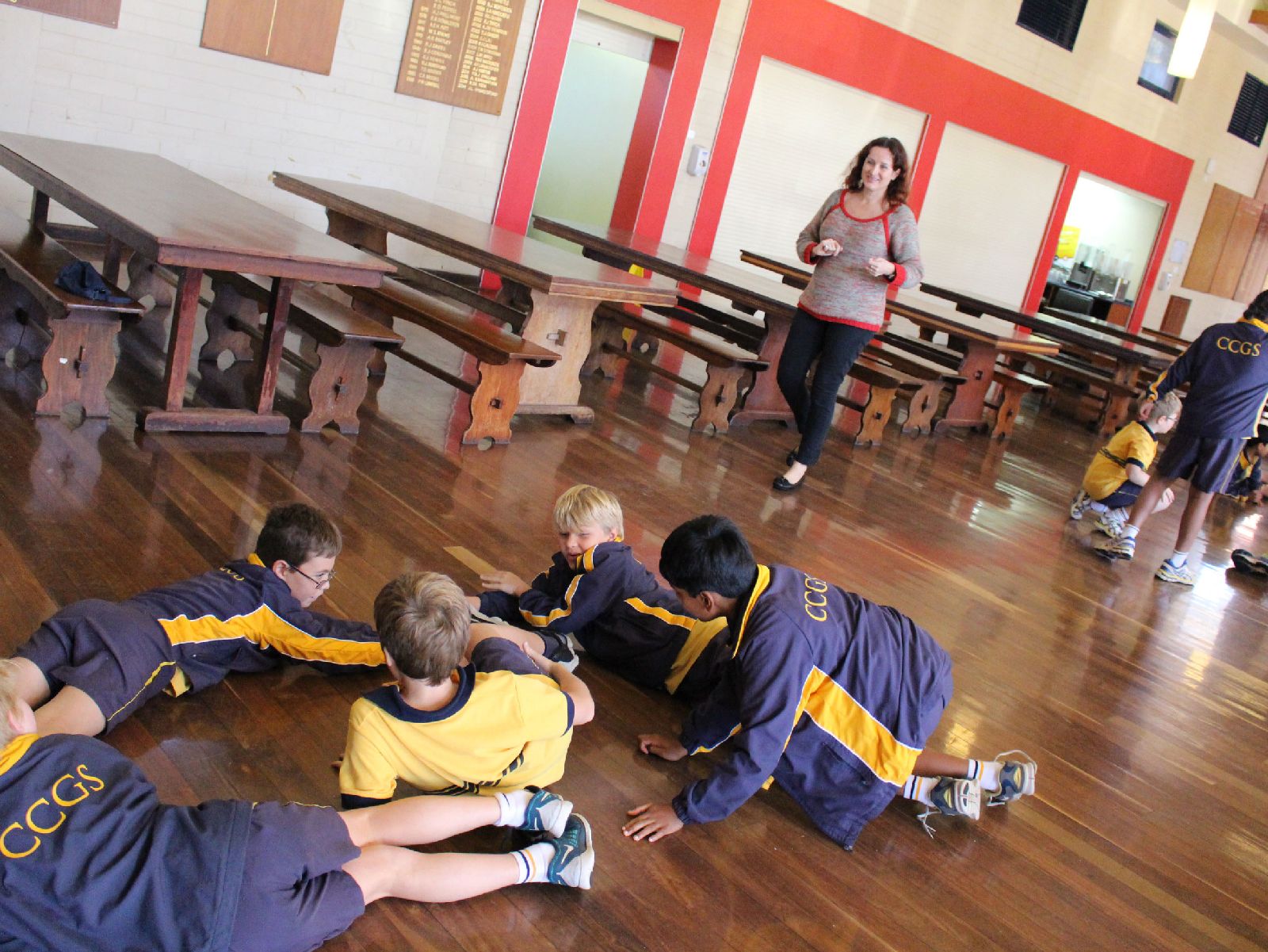 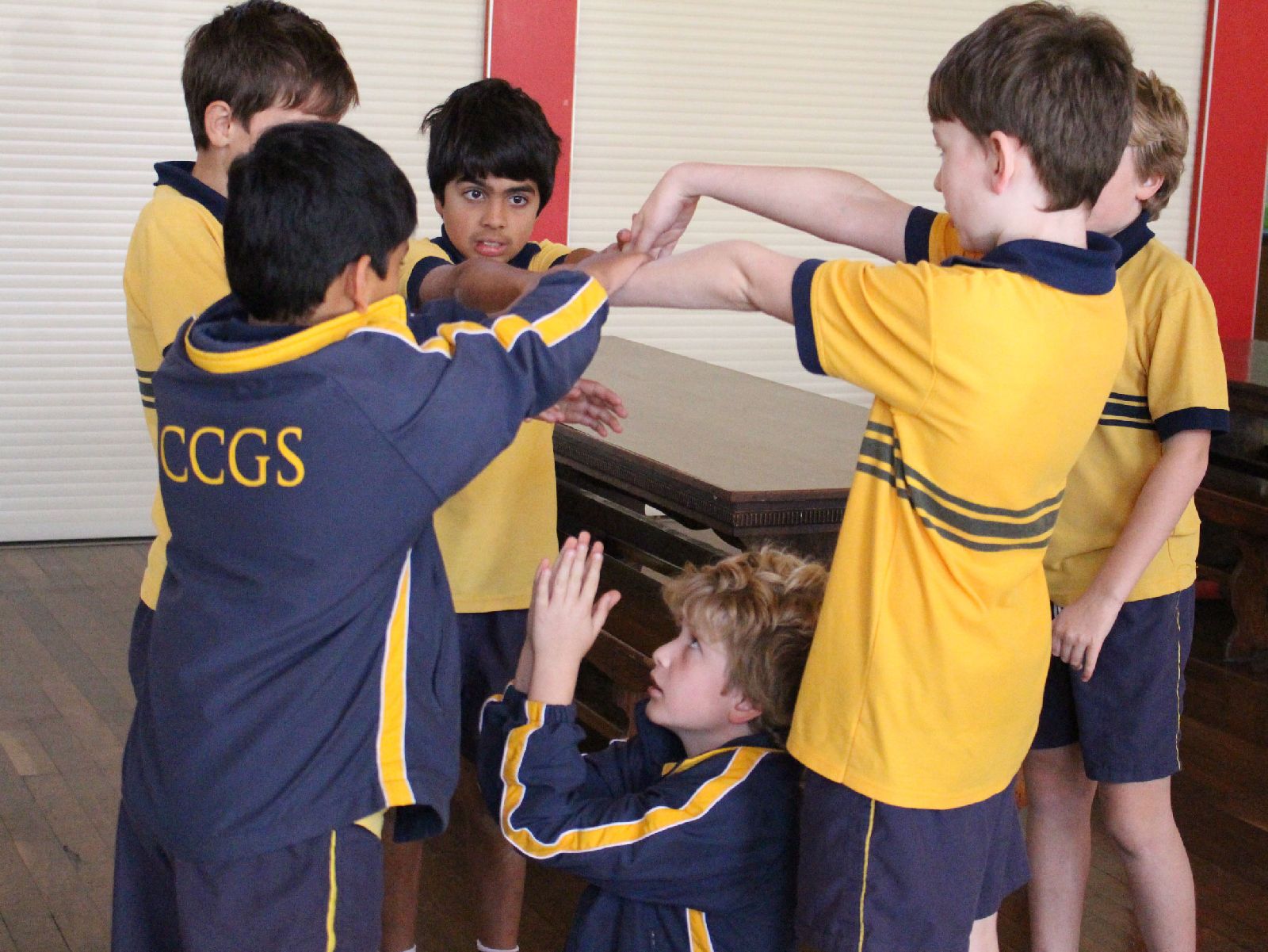 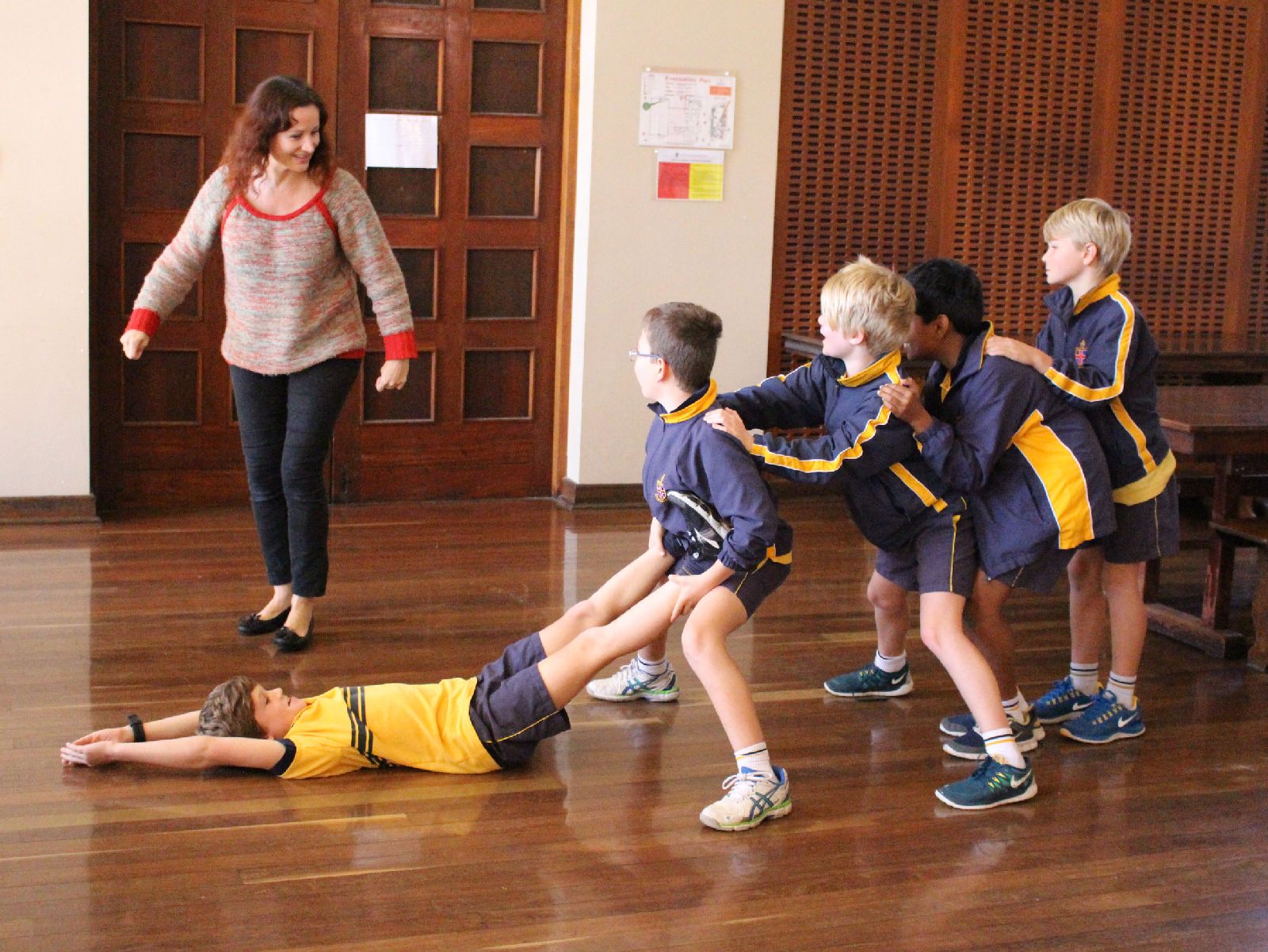 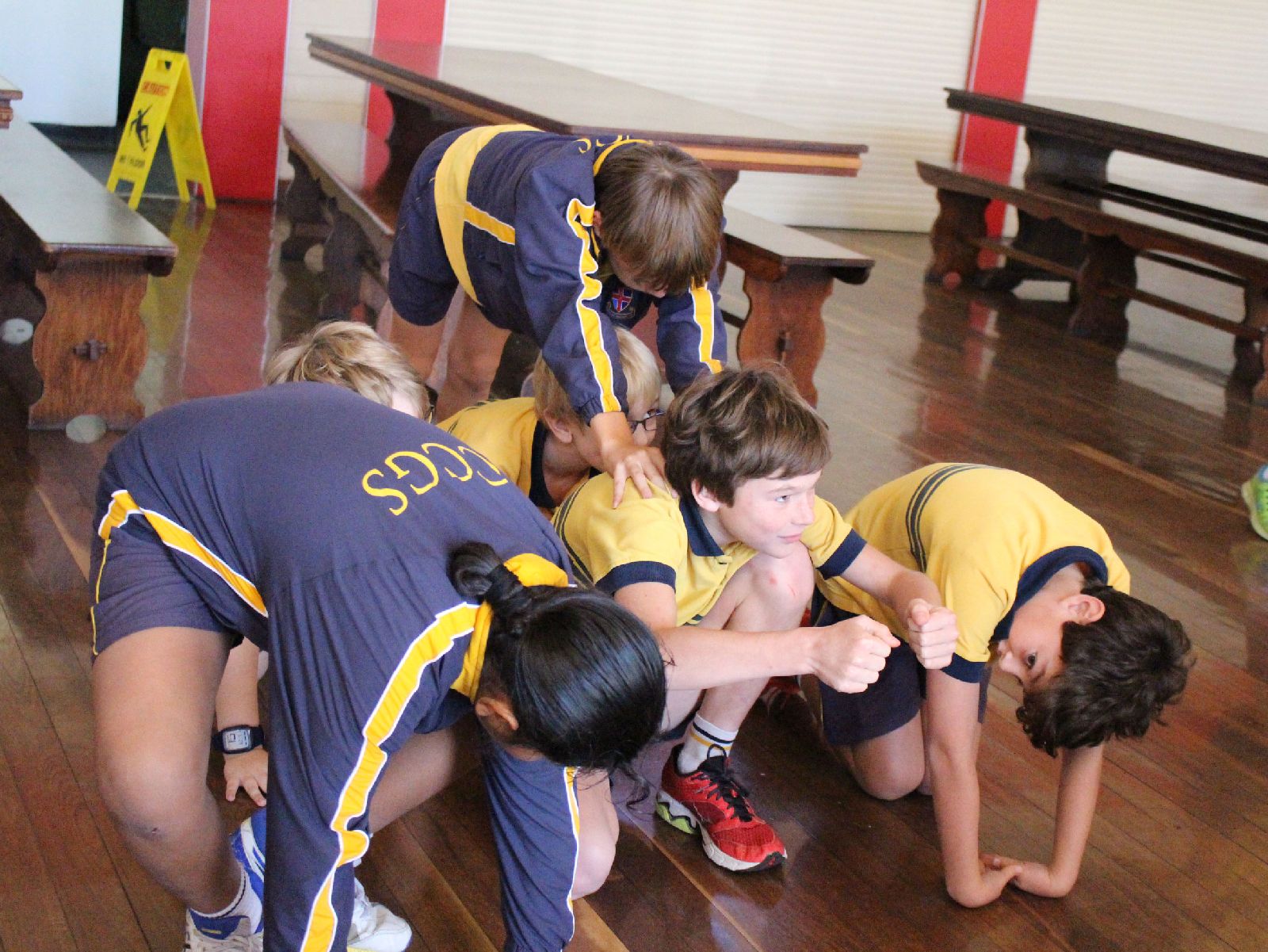 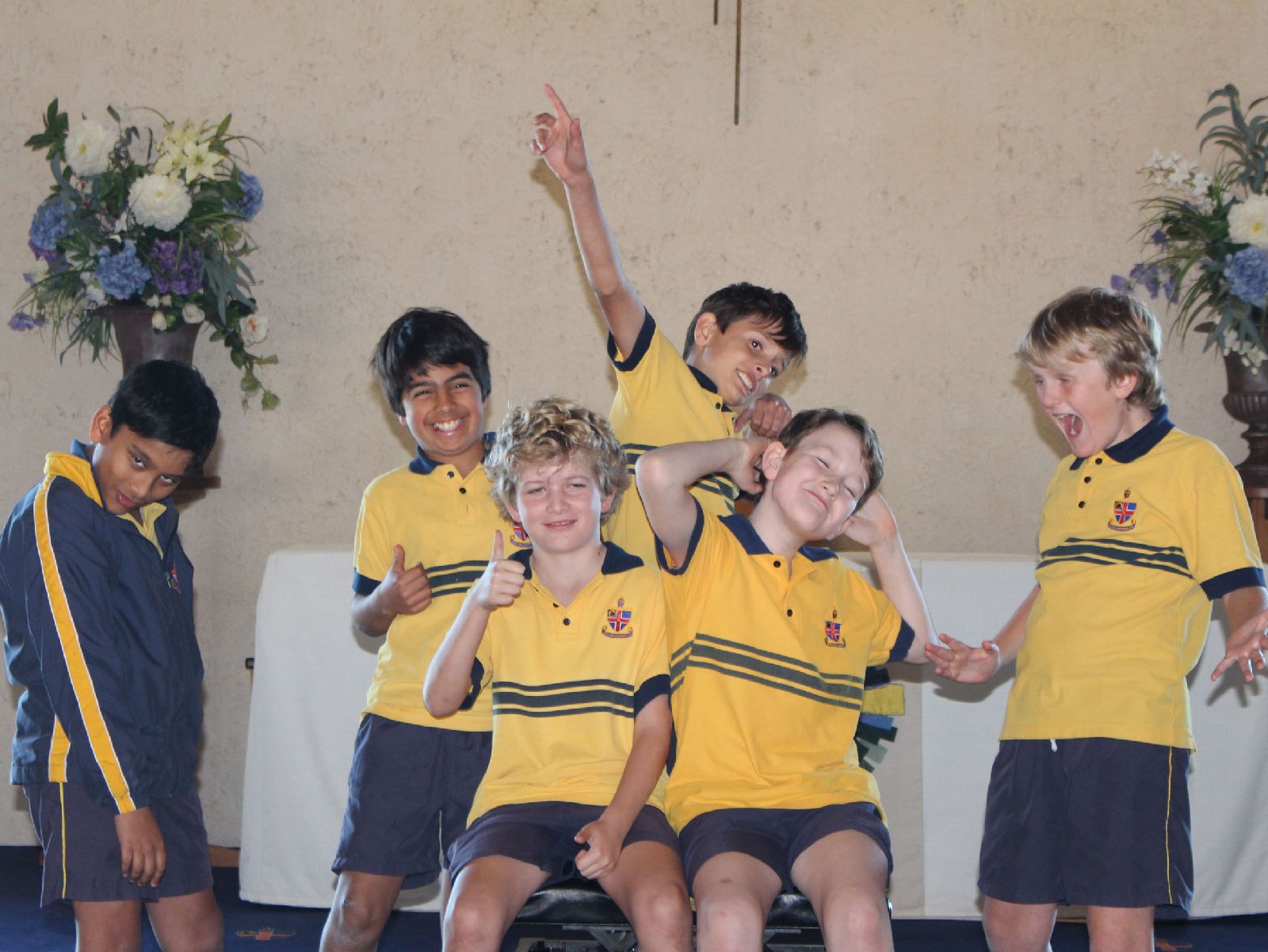 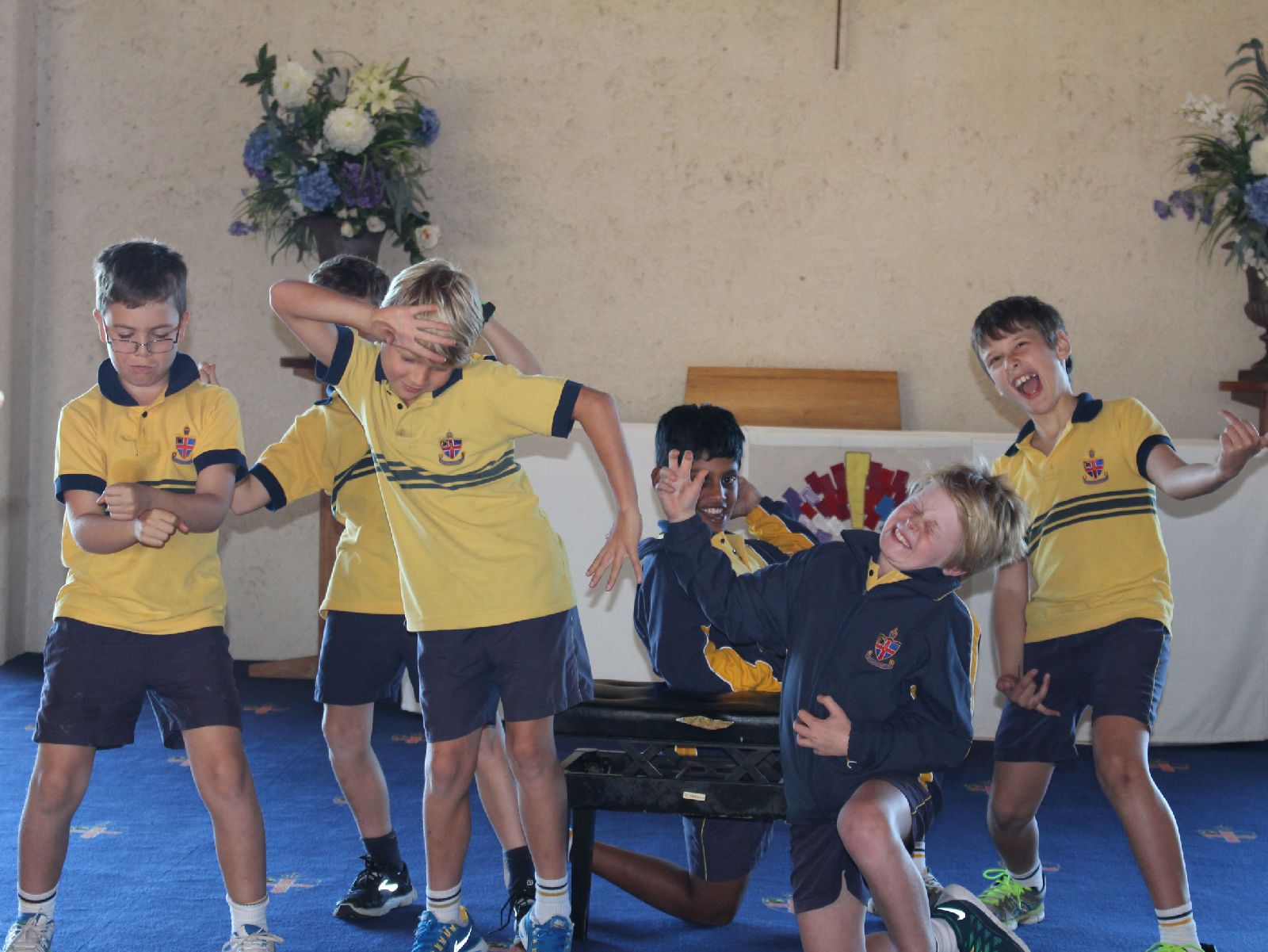 Boys and staff have once again hailed the Year 5 Black Swan State Theatre Company Experience a great success. The series of three, half-day workshops for each class, held in the second half of Term 2, are part of the company’s Literacy through Drama program.

Actress and tutor Caitlin Beresford-Ord led the boys in an exploration of the issues and themes in Norman Jorgensen Jack’s Island using drama and movement. This term, the boys will read the story about a 10-year-old boy living on Rottnest Island during World War II, and in Term 4 they will go on an excursion to Rottnest to retrace specific scenes from the novel.

Boys from Sally MacKinnon’s Year 5 class shared their thoughts on the experience:

Charlie Rodwell: “It was really fun that we got to go out of the classroom and do something different. Not sitting at a desk all day was great because we were doing lots of different and fun activities on the book Jack’s Island. Caitlin was really nice and to do workshops with a professional actor was a bonus. It was great that everyone got a turn with acting and maybe some of us will be inspired to act when we are older or even to do Drama in the Senior School.”

Macai Quartermaine: “We were pretty much reading a book without actually reading it in a formal sense because we acted out the characters and got to know them in a different way. My favourite thing was when we learnt about the two positions – one high and one low, like a king and a slave. The king was able to tell the slave to do whatever he wanted and the slave had to be compliant and not say a word back to the king. It was really funny and I didn’t realise that some of the boys were quite good at acting and could make up stuff on the spot. Caitlin said that it took her a long time to learn how to do impromptu acting.”

Harry Nguyen: “I loved the book Jack’s Island because it was funny and I could relate to the story because the characters were my age and did boy things that I’d like to do. Growing up on Rottnest as a boy would be an amazing experience. The book had a good storyline because there was a twist, loads of action, a bit of history and a few funny scenes. We acted out these scenes in a variety of activities with Caitlin over the three days and no offence to Mrs MacKinnon, but it was much more fun that a normal day of school!”

Frederick Parsons: “The role plays from the book were pretty exciting because we all got to play out different scenes. One time we could be Dafty, then Jack, then Banjo, who was a very popular character. We played a game called ‘freeze’ where we started off with a scene and when the teacher put her hand down, one person had to take a position of another and create a totally new scene. It was hilarious and even Mrs MacKinnon got involved pretending to be a knight slaying a dragon! My favourite part in the book was when Jack and Banjo had to steal the tar to make their canoe waterproof to rescue Dafty. I didn’t realise that drama could be combined with literacy like that. It was an interesting way to learn.“

David Waring: “Black Swan was very fun because we were out of the classroom for the whole day. The activities were fun and we laughed a lot at people’s responses to each activity. It was interesting to learn about the characters in Jack’s Island and how to recreate the scenes in small groups. The best activity was pretending to be different characters from the novel and the warm-up activities. It didn’t feel like school at all!”