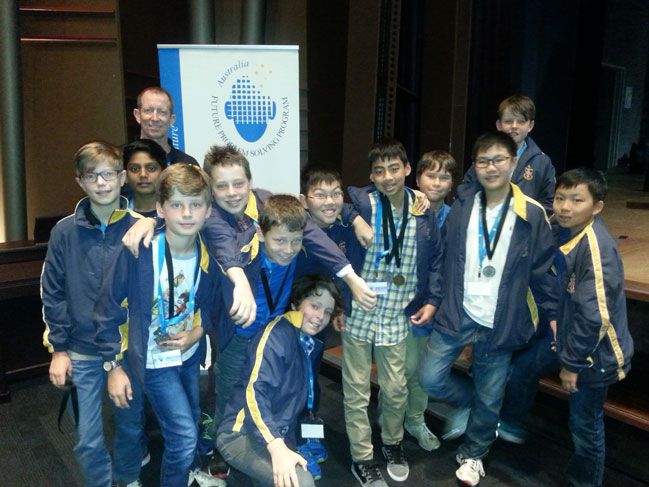 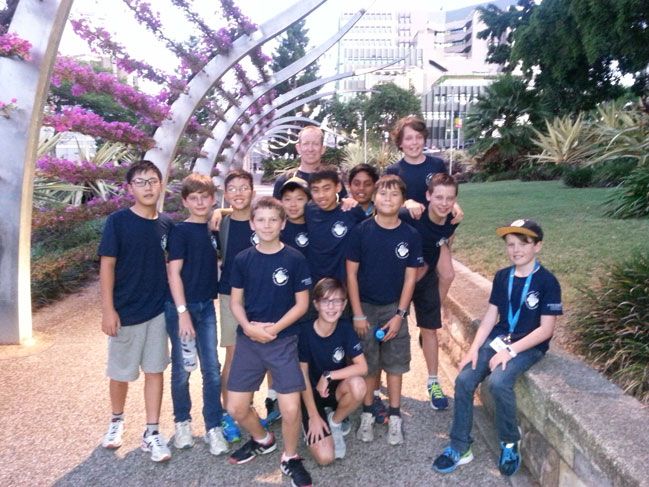 Our two competitive teams were, Team J57 made up of Sam Gillard, Harry Davison Petch, Callum Parramore and Isaac Tan and Team J59 made up of Tam Seton-Browne, Will Pennell, Bill Warner and Aditya Muthukattu. Chistian Wong, Nick Tan, Isaac Ching and Charlie Rodwell competed as reserves in the alternate competition.

Future Problem Solving (FPS) has run in Australia for 26 years and is designed to extend the creativity and teamwork of people around Australia, providing competitions for all ages, from Year 5 to adulthood.

This year’s national topic was ‘Enhancing human potential’. Teams of four students had two hours to complete a booklet, following the crucial six step process. Christ Church was lucky enough to have two teams placed in the competitive category of the nationals, and four boys to compete as reserves in the alternate competition.

Day one was the opening ceremony and dinner, lasting late into the night. Everyone went home tired and filled with anticipation for competition day.

Day two, a bus full of eager boys drove to St Peter’s Lutheran College, host school for the 2015 finals. After a quick brief, the boys went their separate ways. After two hours, the teams met again for the skit presentations, a short dramatic play based on the action plan of the booklet. When the two skits were done, the evaluation revealed that one of our teams made it to the finals!

The final day of FPS arrived. Everyone who entered the closing ceremony seemed on edge. When the results were announced, our teams had come first and second in the alternate competition, and placed well in the competitive category. Everyone was happy, tired and proud of their achievements.

A special thanks to Mr Hilliard – FPS teacher, coach and mentor – whose guidance enabled us to make it to the finals once again. Thank you also to Mrs Durston who accompanied us on the trip. All the boys are most grateful.