Home » Preparatory boys perform for a worthy cause
News Categories 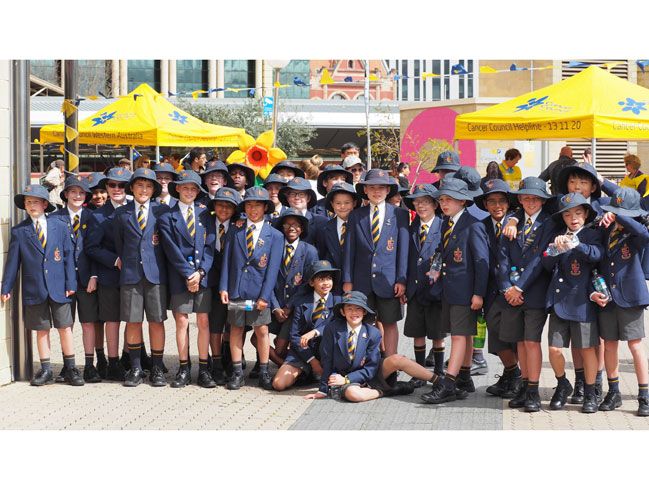 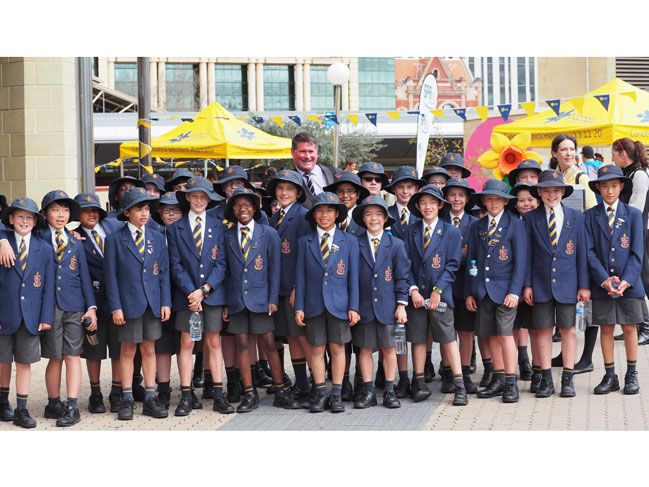 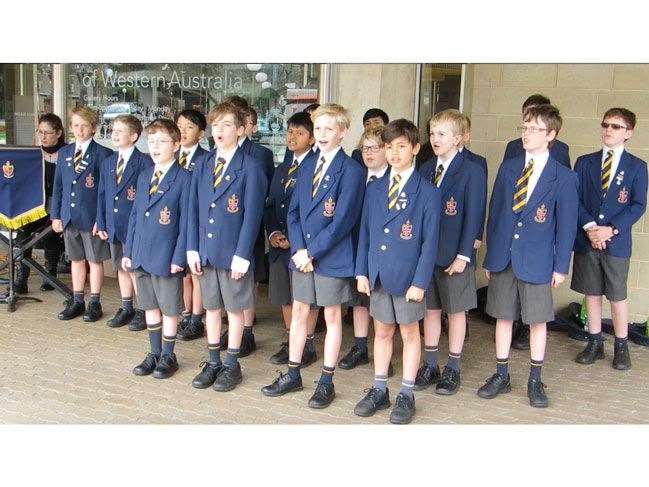 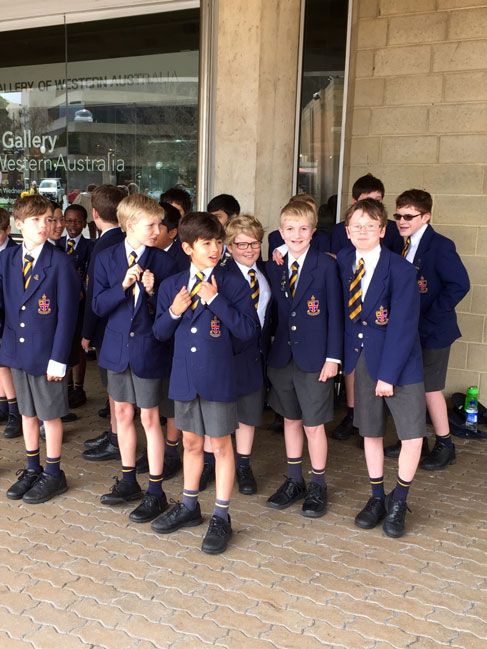 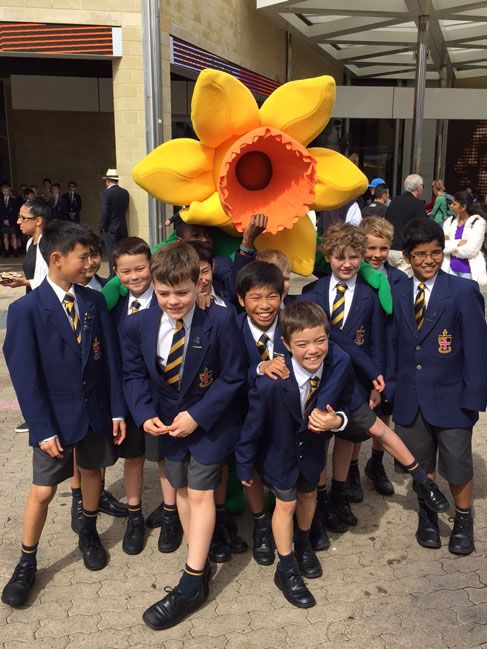 On Friday 28 August, the Preparatory School Senior Choir and Yahoos travelled into the city to perform at Daffodil Day, the Cancer Council’s public awareness event. Despite rain threatening to spoil the outdoor event, an excited group travelled by train to the Urban Orchard near the WA Art Gallery.

The boys performed a selection of songs for event participants and the passing crowd during a busy city lunchbreak. A sizeable crowd gathered to hear the Senior Choir sing a bracket of four songs, including folksongs from Ghana and Jamaica. This was in addition to the part song Now the Sun is Shining, where the irony was not lost as the rainclouds threatened to cause a wash out.

The Yahoos were a featured event with their rendition of One Small Voice, a poignant reminder of the difference an individual can make for the fight against cancer. The boys were thrilled to have some parents attending and to spot Father Frank and his wife amongst the crowd. Equally thrilling for them was posing for photos with the Daffodil Day Mascot.