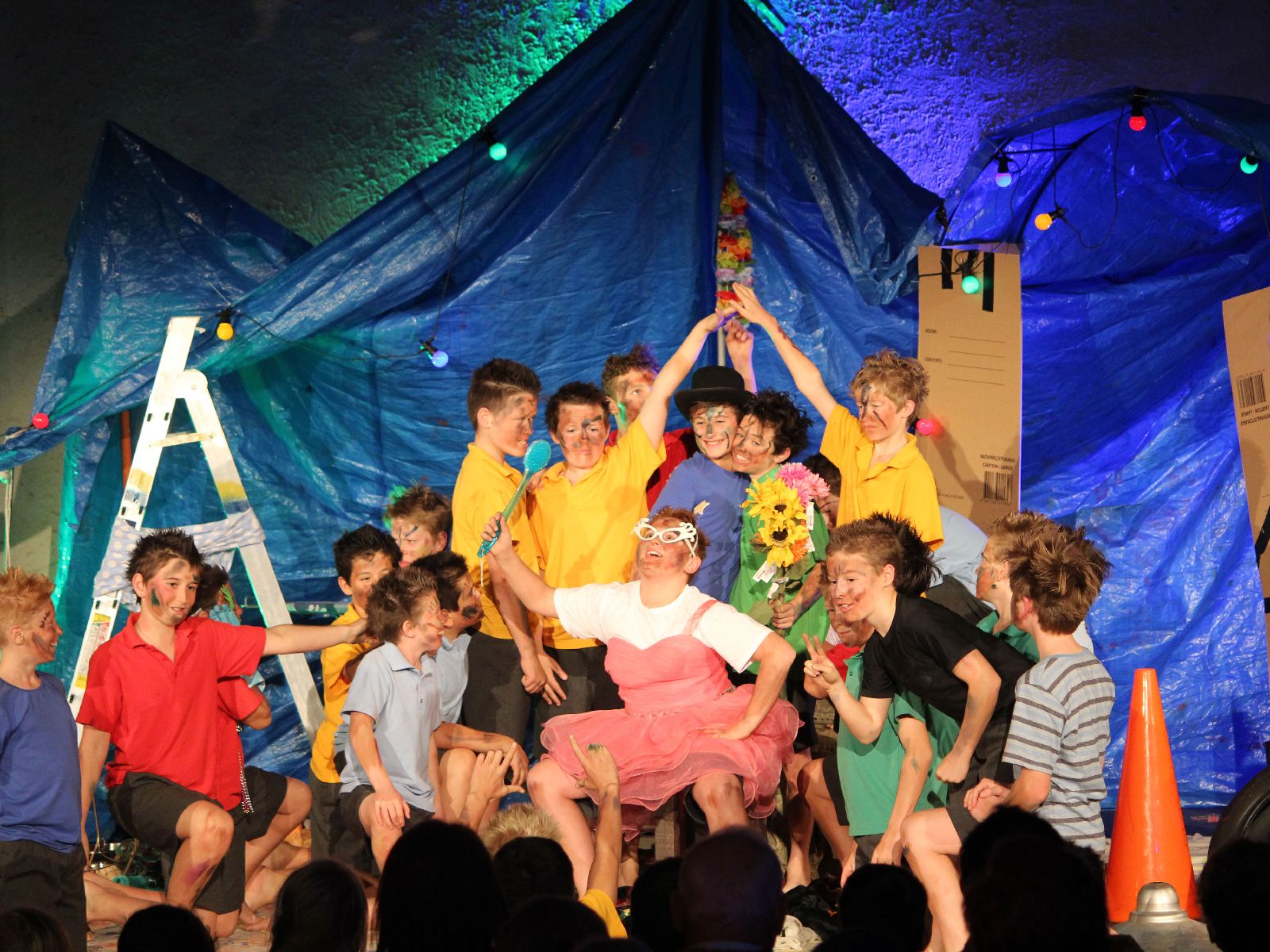 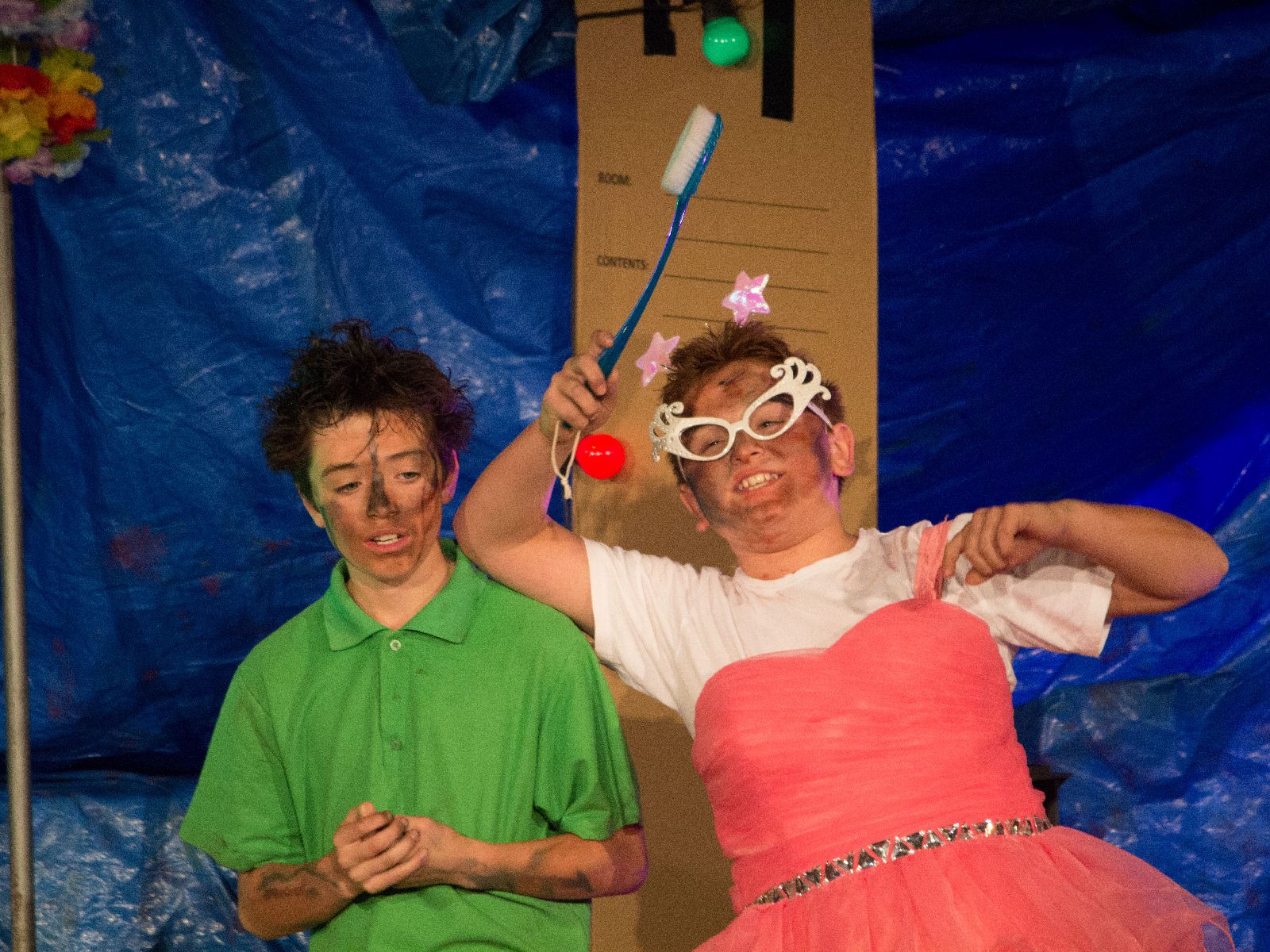 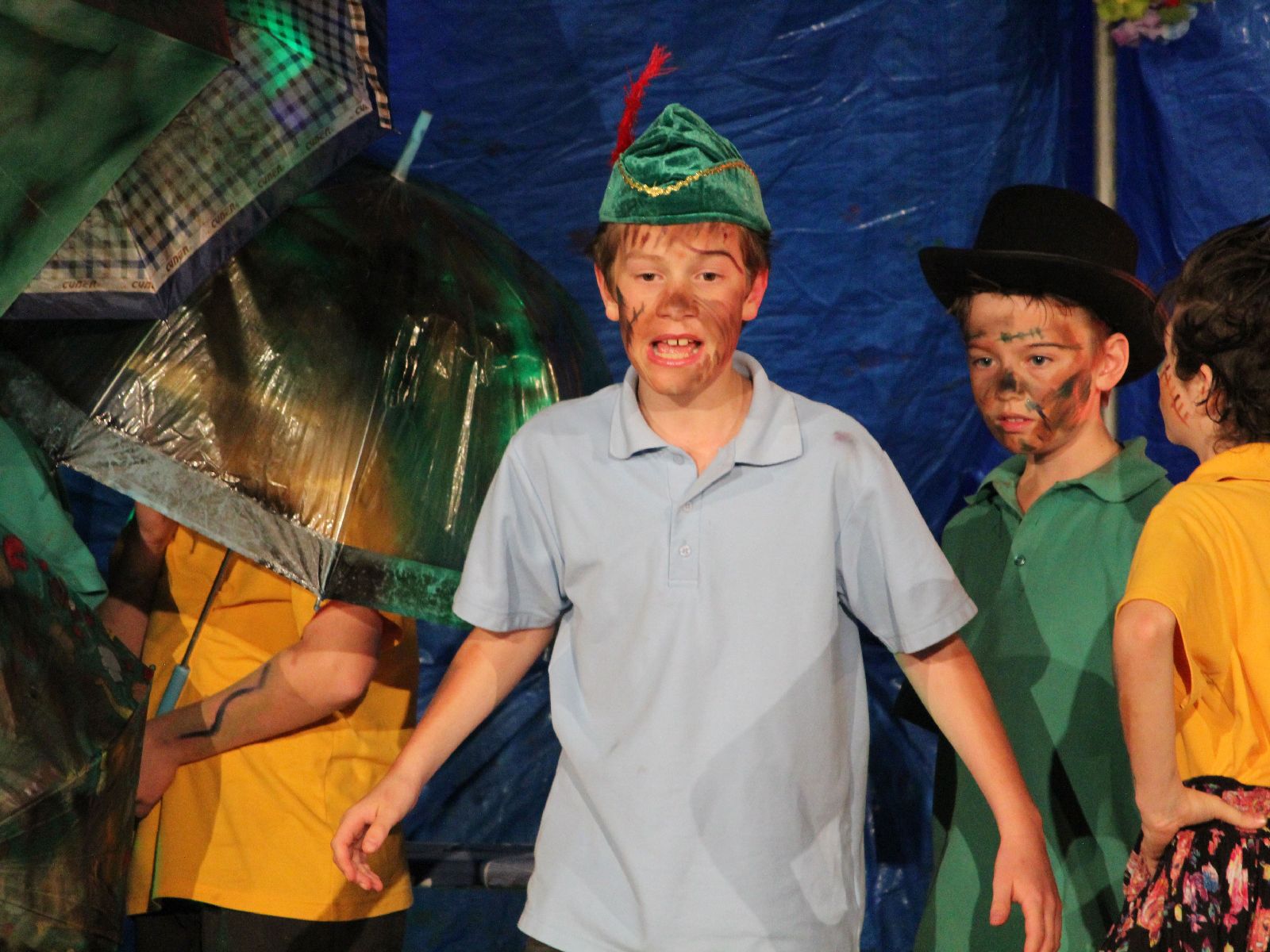 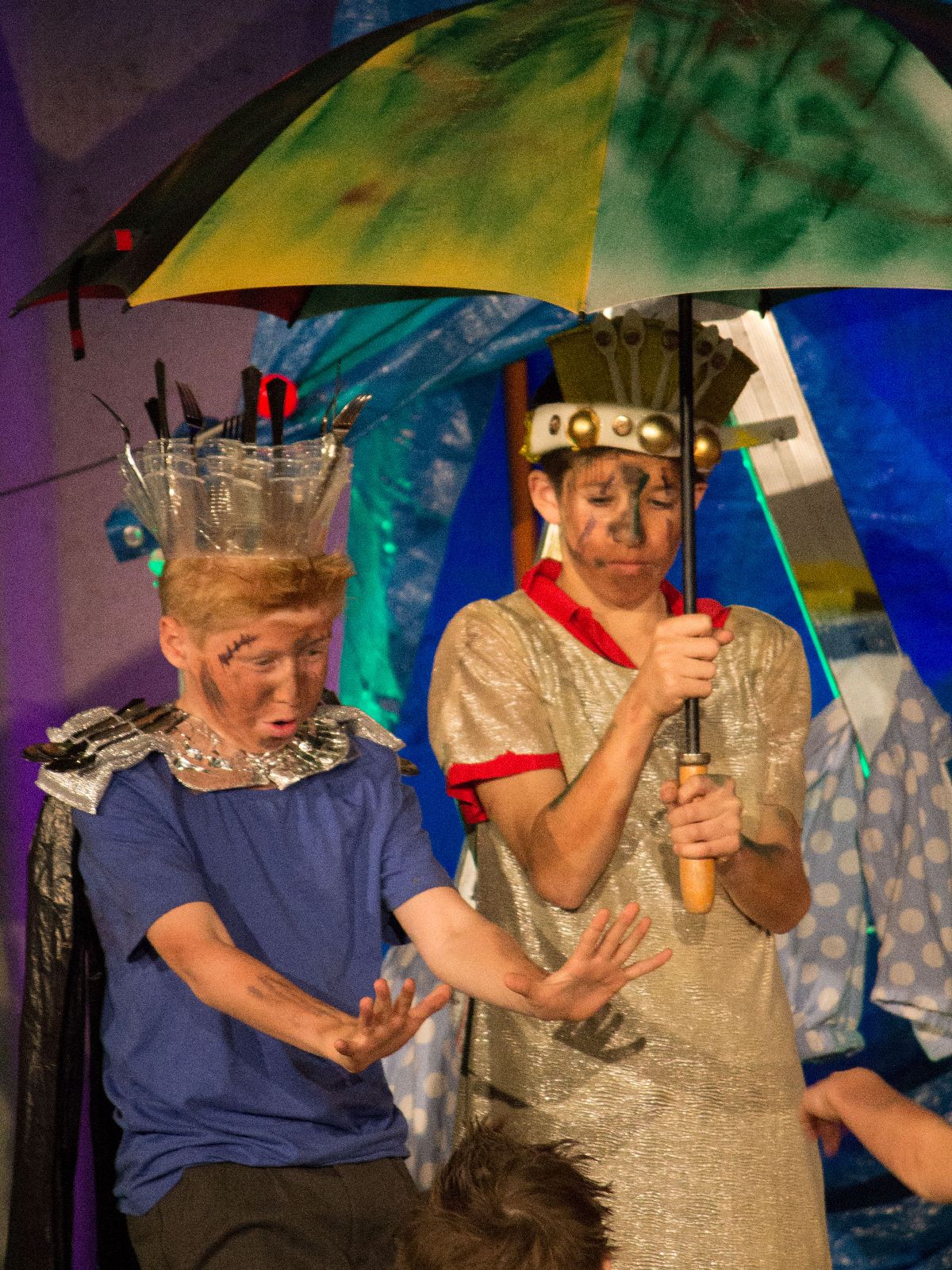 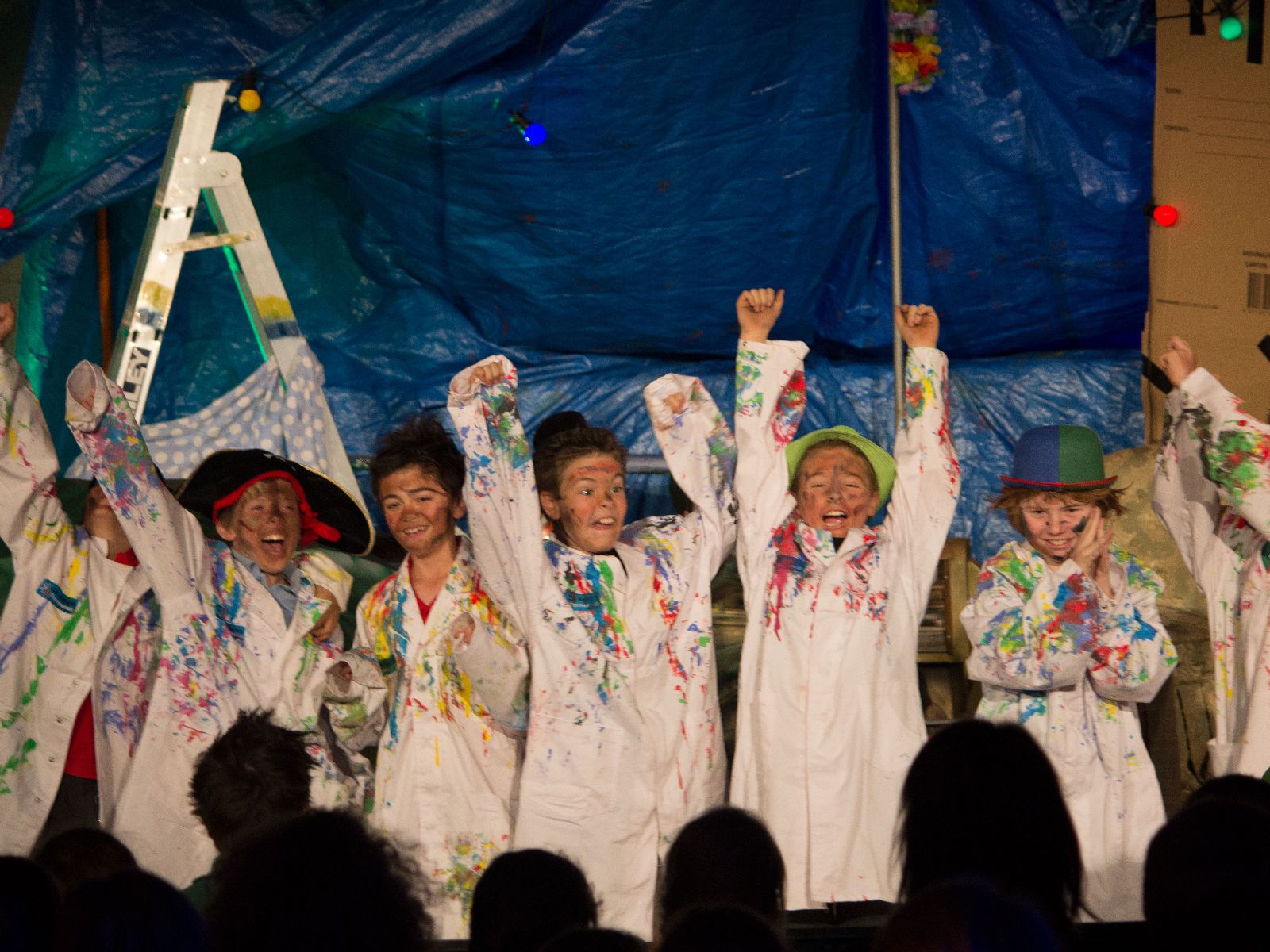 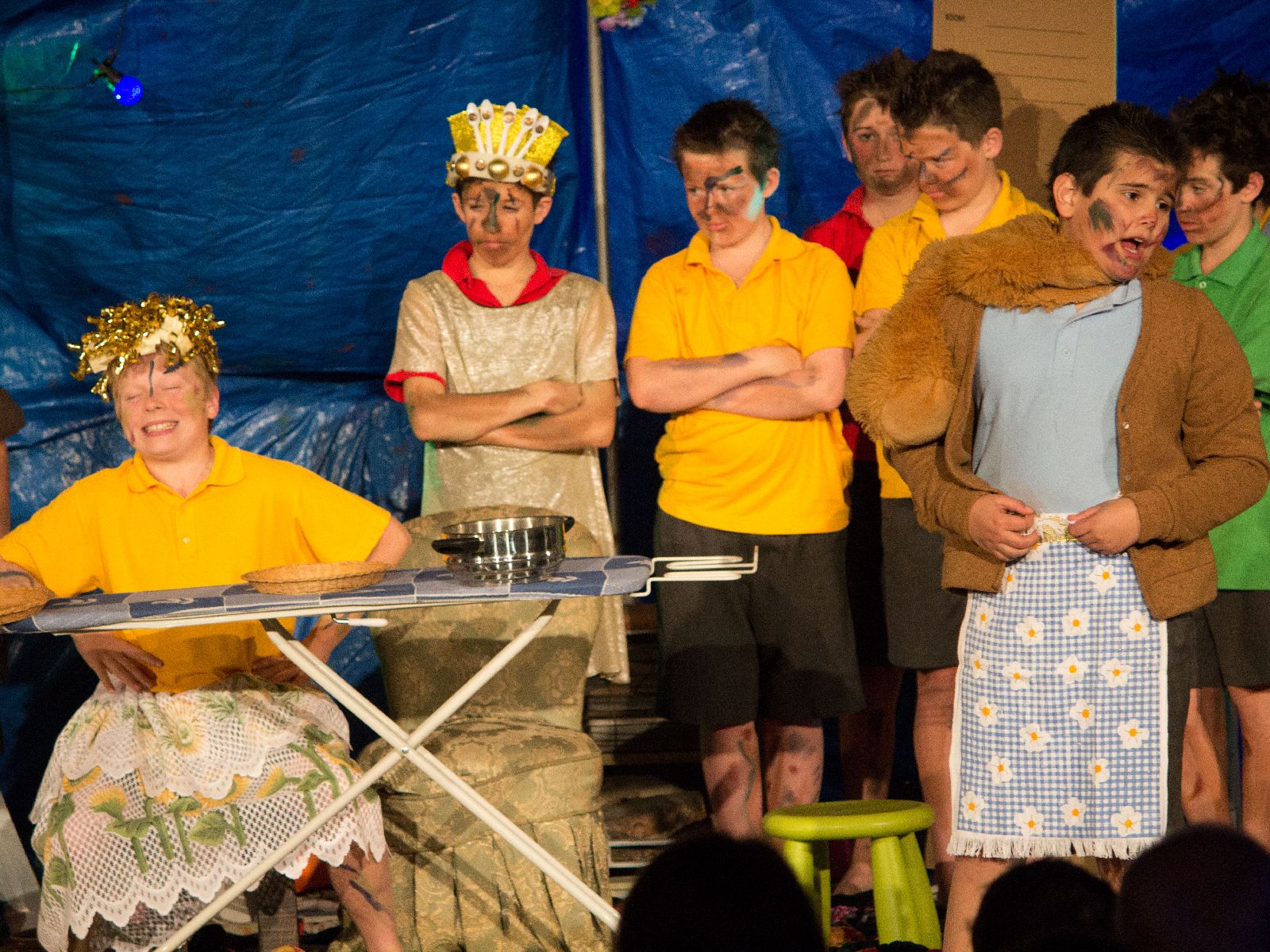 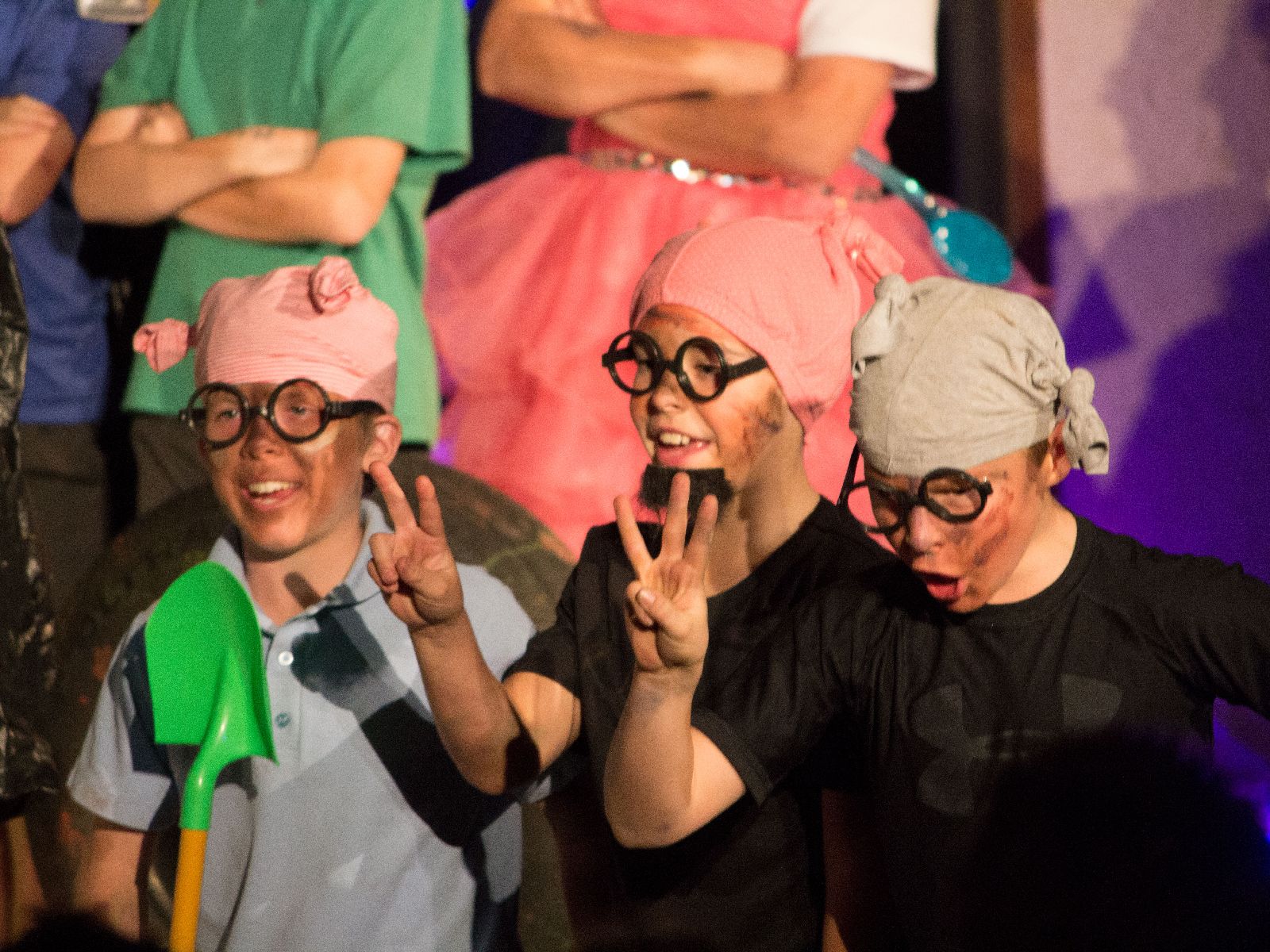 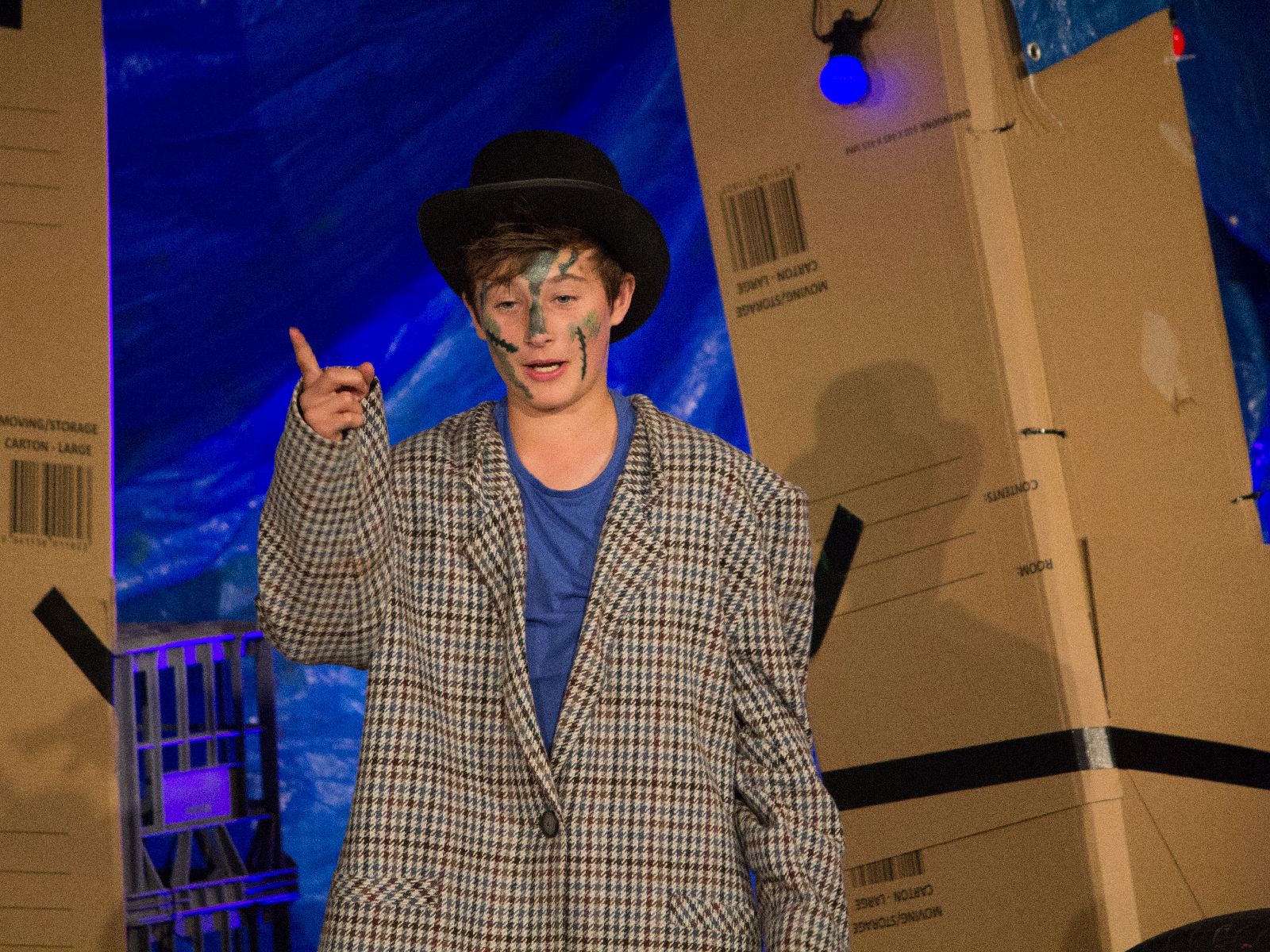 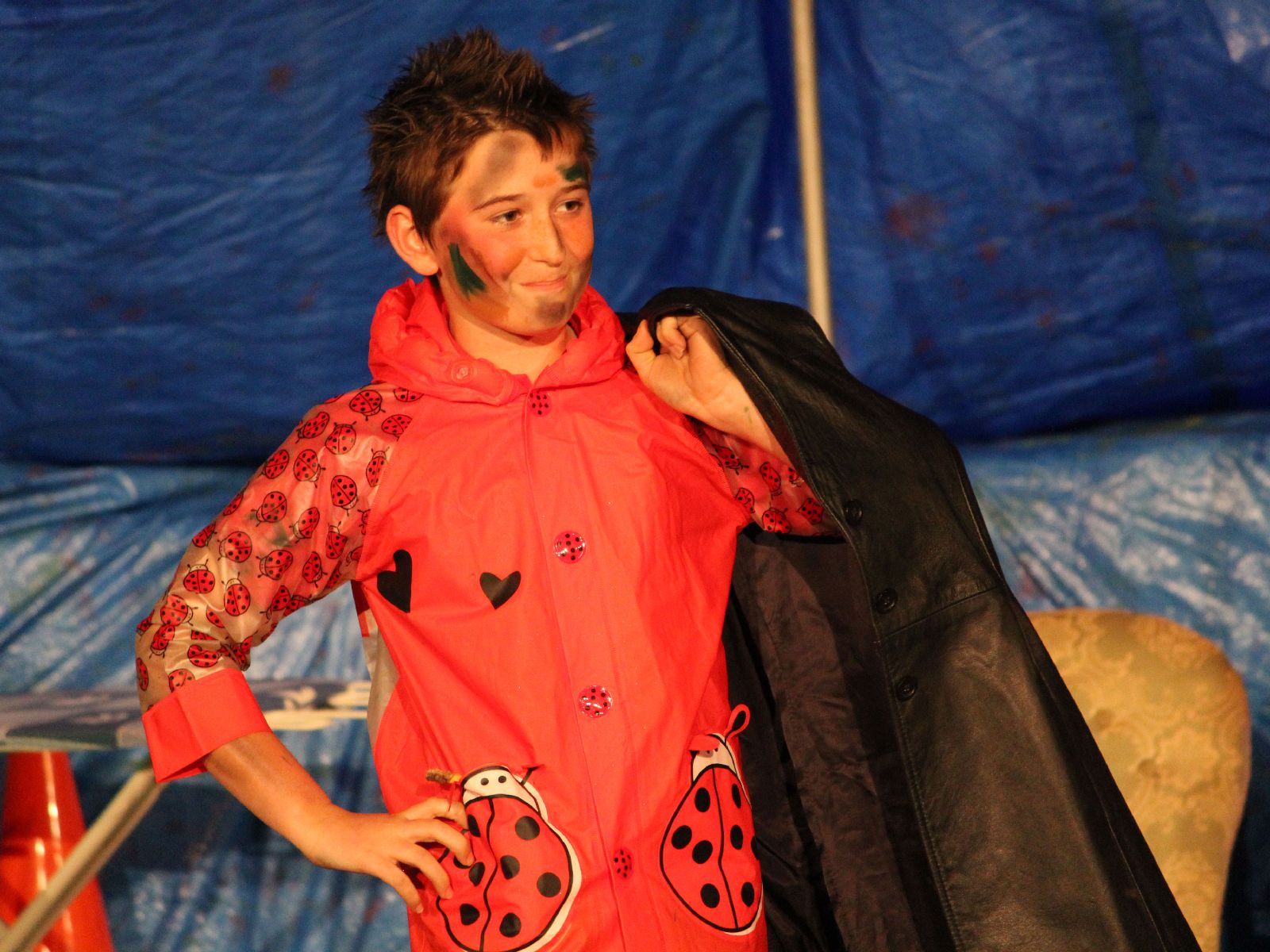 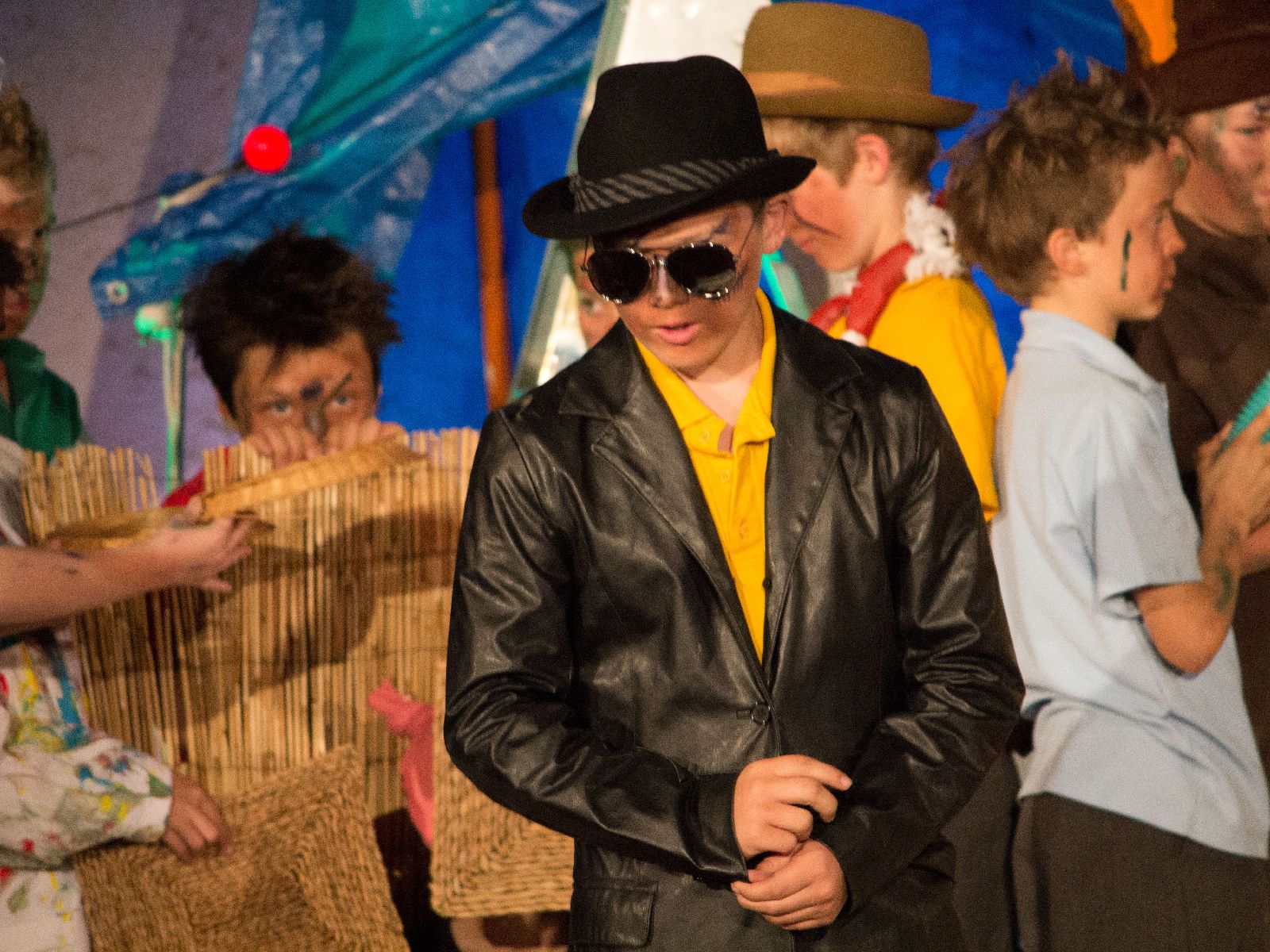 Revolting children were welcomed in the School Chapel as the Midnite Youth Theatre Company’s Year 6 production of Roald Dahl’s Revolting Rhymes, directed by Gregory Jones, played out over three nights.

Revolting Rhymes, first published in 1982, was the first of Roald’s collection of comic verse for children – taking six well-known fairy tales and giving them a wholly new set of Dahl-esque twists. They include Cinderella, Jack and the Beanstalk, Snow White, Little Red Riding Hood, Goldilocks and the Three Bears, and The Three Little Pigs.

Mr Jones, the Artistic Director of Midnite Youth Theatre Company, said the boys explored the stories over eight weeks, integrating their own drama ideas as well as music composed by old boy Tim Minchin (Class of 1992), from Matilda the Musical.

Through an exciting combination of props, creative costuming, lights and song, the cast brought Dahl’s horrid and funny characters to life for the audience’s enjoyment. Each story was set within a cubby house of items, which the cast playfully explored.

Mr Jones said the Year 6 cast worked with great energy and was highly imaginative and playful in the telling of the stories. “Congratulations to the entire ensemble on three delightful nights of theatre in the Chapel,” he said.