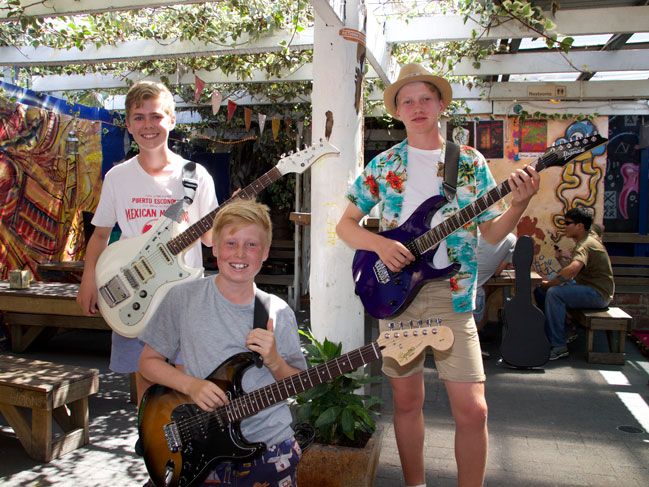 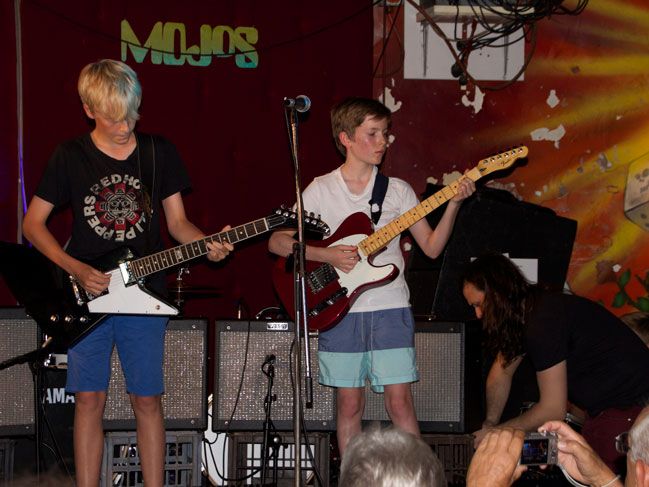 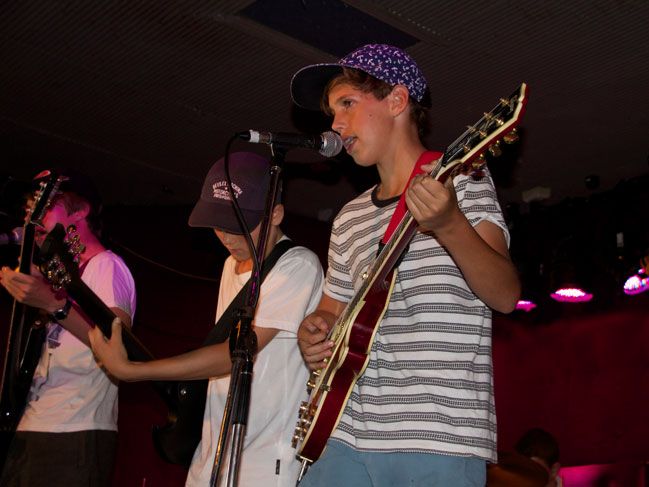 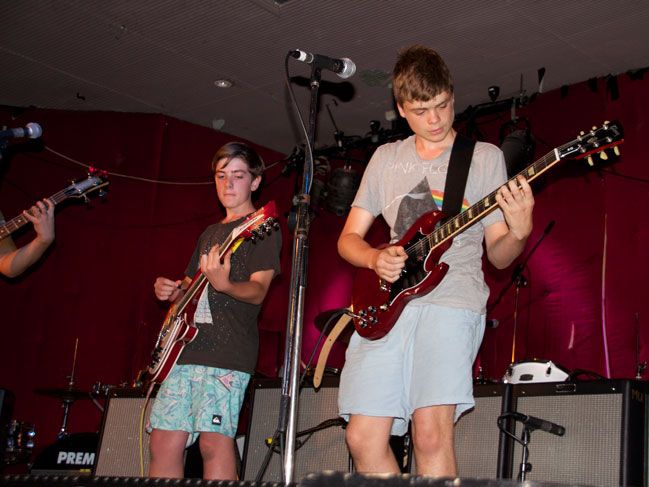 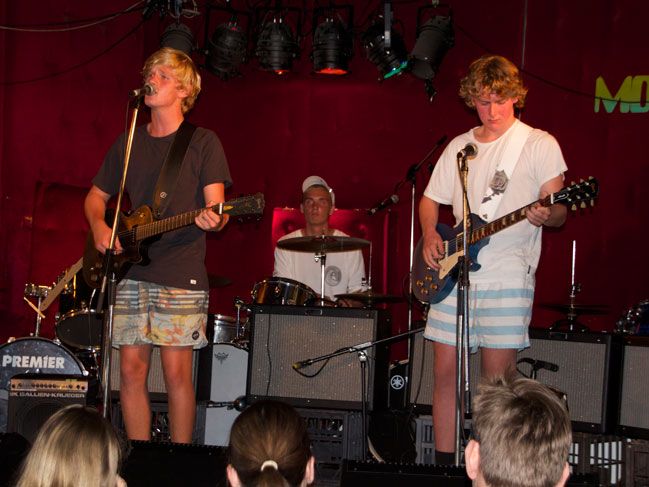 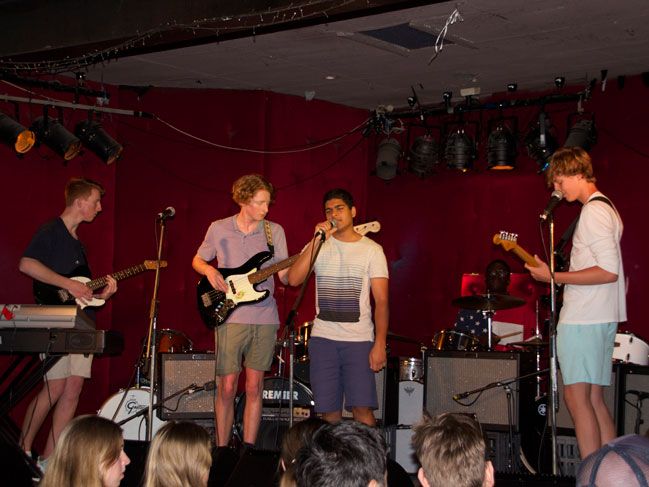 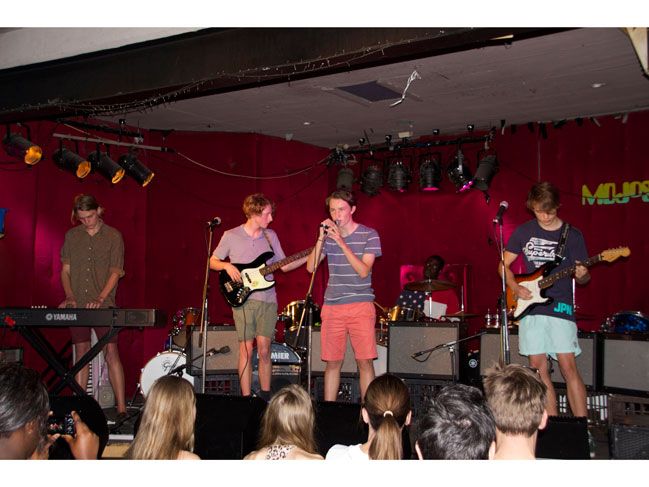 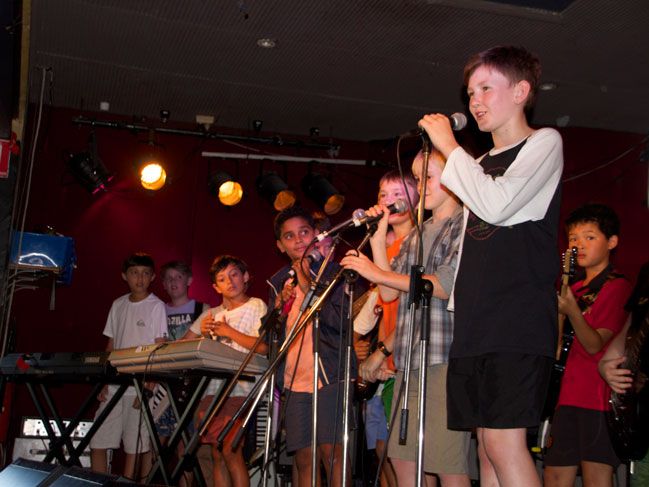 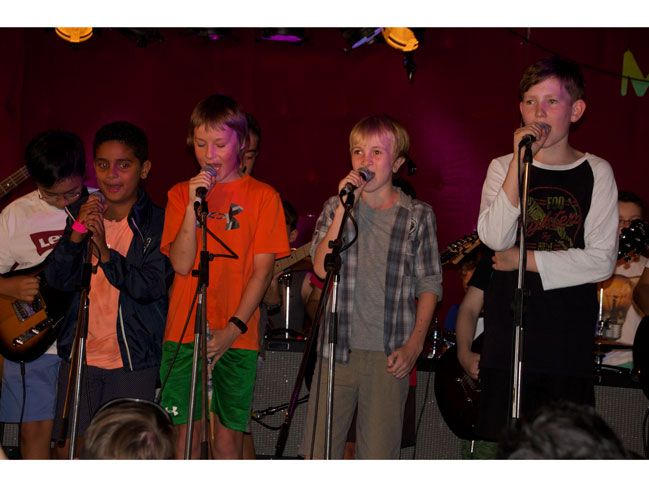 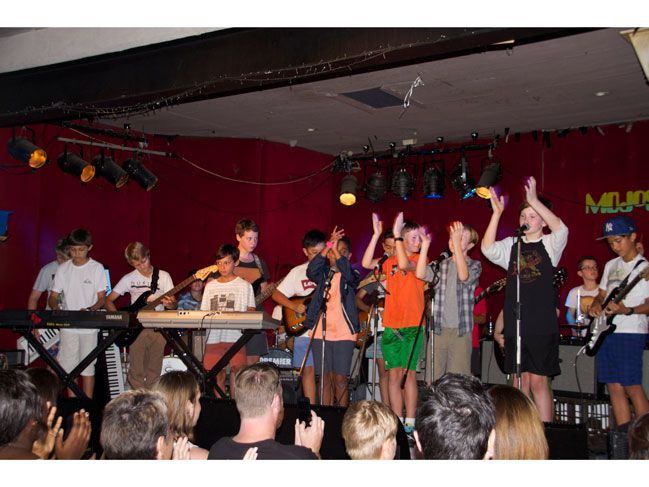 On Saturday 14 November, Rock Workshop had their final concert at Mojo’s, one of Perth’s premier live music venues. It was a fantastic opportunity for our boys, playing in public on a professional stage with professional production.

More than 300 parents, friends and fans attended to support the twelve bands perform a range of powerhouse rock songs, sensitive ballads and jazz-like instrumentals. Each band added its distinct flavour to the afternoon.

The Rock Workshop Program has three levels: Prep Rock Workshop, Middle School Rock Workshop and Senior Rock Workshop. The focus for the Prep School students is on basic ensemble skills, bringing them together for the first time in a group situation. The Prep Rock Workshop is always a highlight at our combined events. They performed Dirty Deeds, Dumb Things, Sunshine Of Your Love and Paint It Black.

Middle School Rock Workshop involves the students forming small groups, each capable of performing autonomously. Most bands choose to play their favourite artists’ songs and the more daring write and perform their own music. This year’s cohort included 8 bands consisting of students in Year 7 to 10.

The Year 11 ‘Music Workshop’ is the basis of Senior Rock Workshop where students write, record and perform their original music. Three bands were formed this year and each played a set at Mojo’s. Their recorded CD was available at the door and features 9 tracks of music, written and recorded by the students during the years’ sessions.

Thank you to the music staff of CCGS and the crew at Mojo’s, the afternoon ran without a hitch and the boys had a fantastic time.