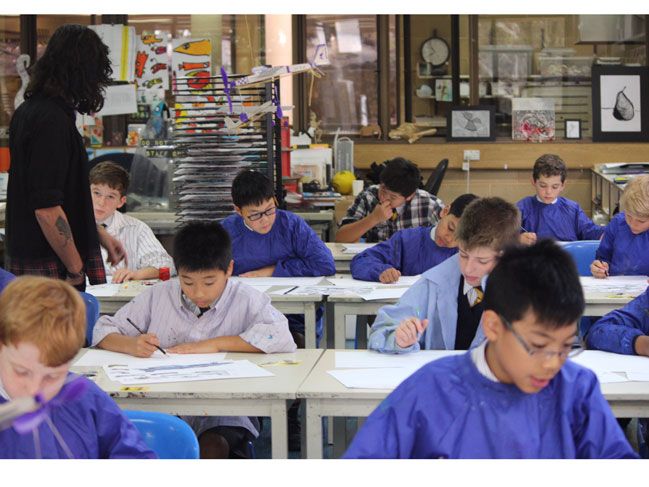 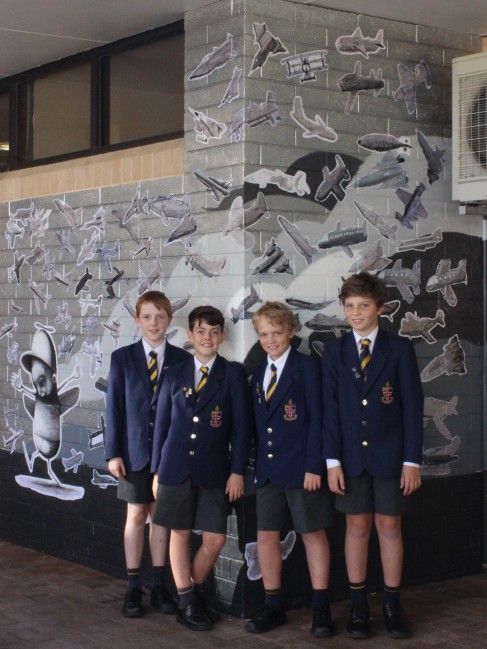 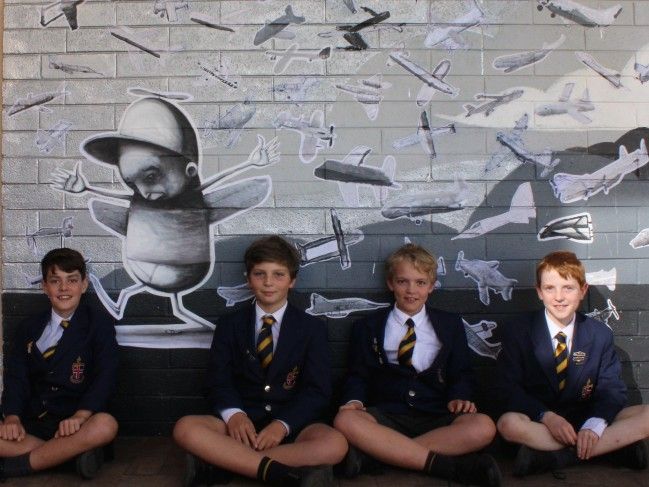 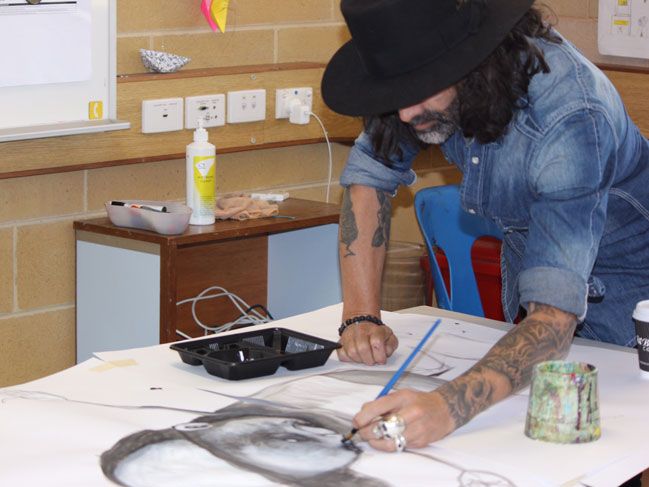 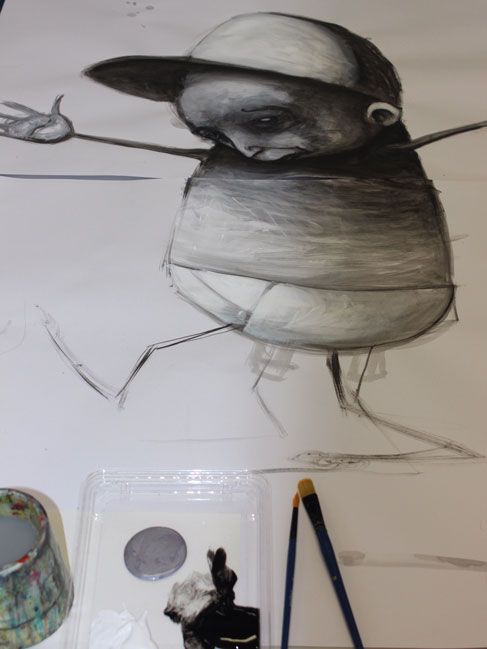 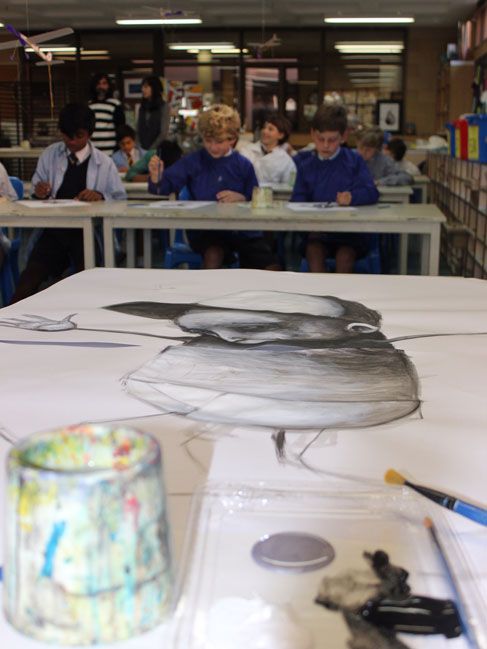 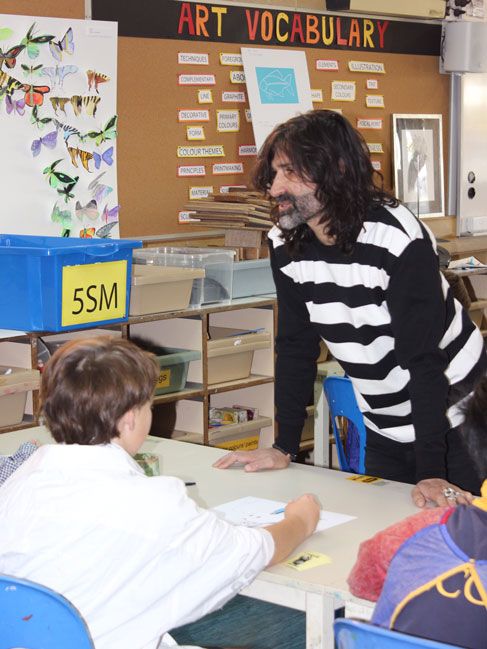 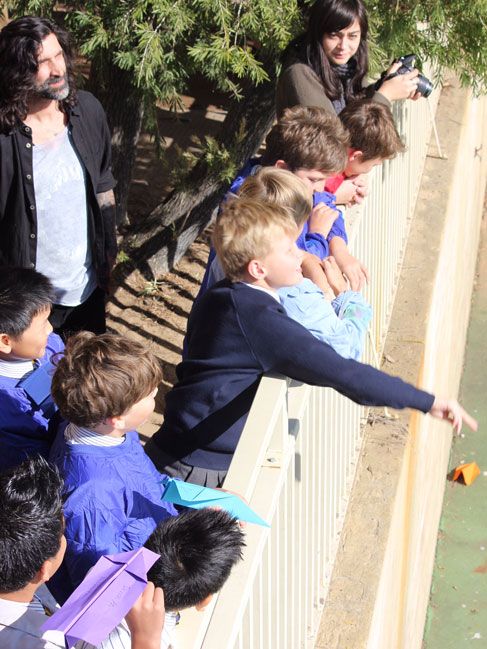 Over the past two weeks, the Year 6 boys have had the honour of working with Stormie Mills, one of Australia’s leading contemporary artists. Stormie mentored the boys over four consecutive sessions, demonstrating his workmanship and providing advice and feedback for those with a passion for the arts.

During the sessions, the artist introduced the boys to Black, white, grey, silver and I heard it through the clothesline, short videos highlighting significant elements and examples of his work. He explained, “Black represents dirt, white speaks of erasure, grey is drawn from the cityscape and silver is the language of dreams”.

The boys used their newfound knowledge to complete paintings in a guided session. Claire Donald, Art specialist teacher said they relished the opportunity to work with Stormie, soaking up his every word.

“Working alongside Stormie, the boys had direct access to an internationally acclaimed artist and his authentic art process. It was clear they idolised him and appreciated every moment they had in his presence”.

The boys later explored the subject matter of aeroplanes; drawing, painting and detailing their planes with pencil, acrylic paint and fineliner pens.

Apart from the outstanding art sessions, the boys relished the opportunity to learn about Stormie’s personal journey. The were captured as he recalled his experiences spray painting walls throughout Australia, painting in Los Angeles and being the recipient of the Kids’ Choice Prize for his work The Stormie Mills Project at Sculpture By the Sea in 2015.

Stormie and the Year 6 boys have completed an installation that can be seen outside the Preparatory School office.