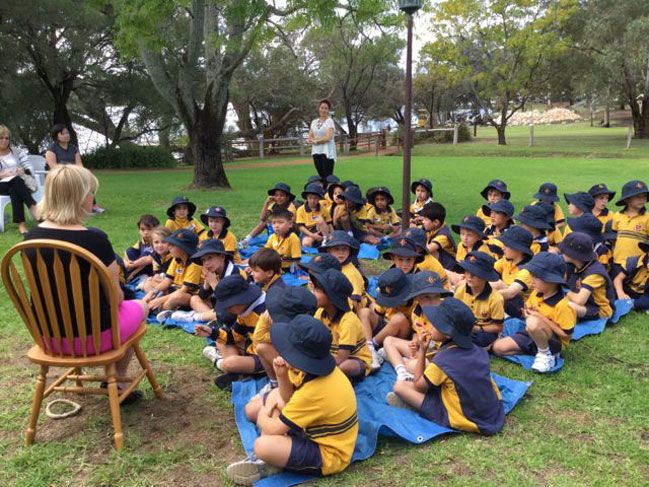 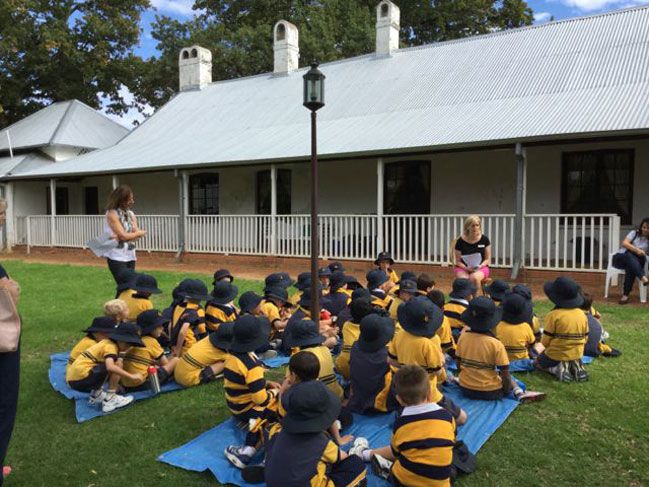 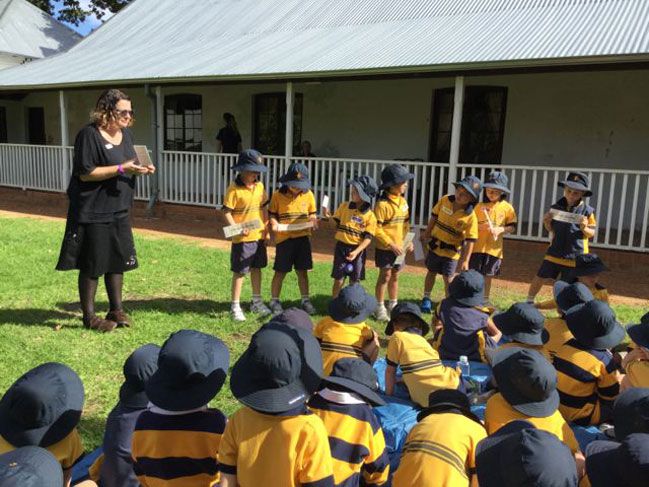 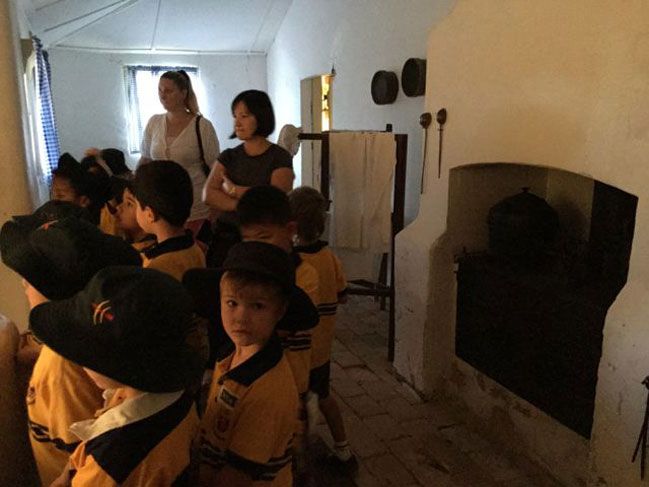 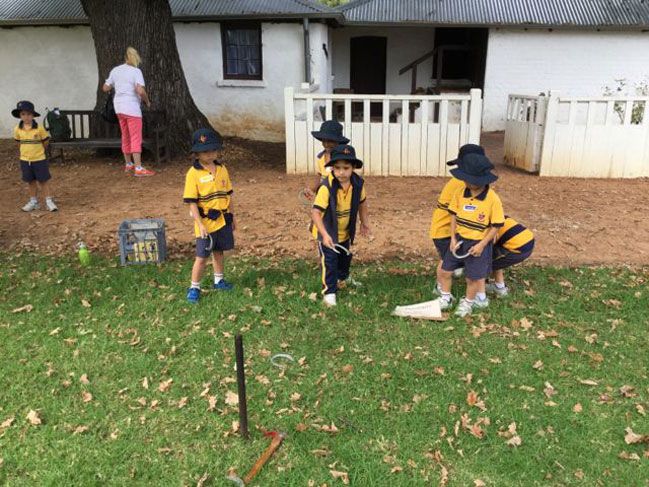 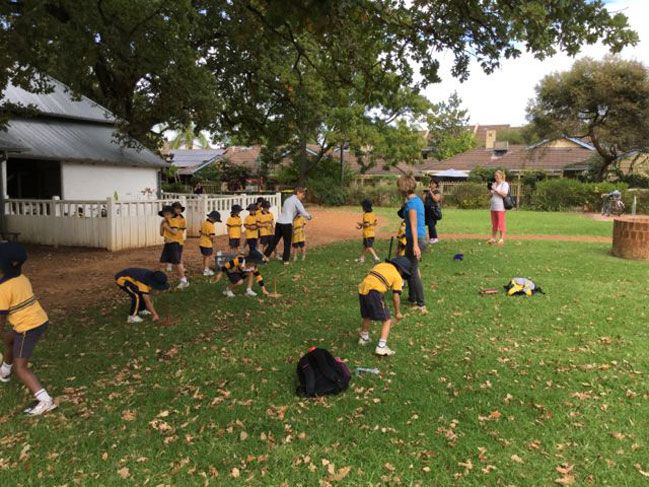 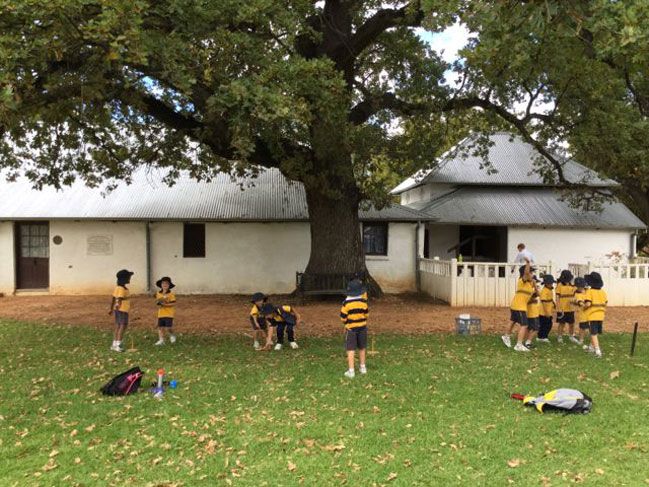 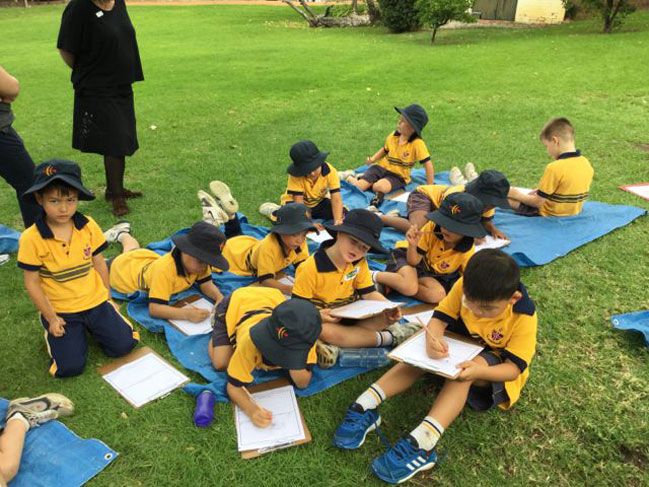 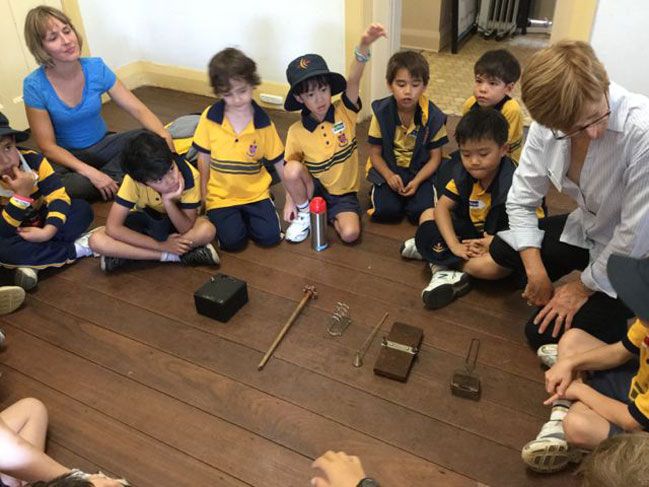 On Thursday 30 April, the Year 1 boys were transported back in time to 1839, when they were introduced to the Hardey Family home, Tranby House, on the Peninsular Farm.

Tranby House was one of the first farms in the Swan River Colony and the earliest residence still standing in the metropolitan area. To set the scene, the boys played old-fashioned games like knucklebones, tug-of-war, quoits, spinning tops and horseshoes under the oak tree (believed to be planted by Joseph Hardey).

They were shown artifacts from the 1800s with the challenge of guessing what they were and their purpose. The artifacts included a tie press, kitchen mixer (which some thought was a toilet cleaner), soap dispenser, candlesnuffer and a box camera. The boys had some entertaining guesses, with few picking the actual purpose of each object.

When the boys were taken on a tour of the house, comparisons were made between life on the farm in 1839 and life today. They drew pictures of the Hardey family, with all six children, and compared them to pictures of their own families.

Jenny Joseph, Year 1 Teacher, said the excursion ,planned to support the History program, was a wonderful day during which the boys learnt a great deal about life in the Swan River Colony.

“They had a lot of fun exploring the house and examining the old fashioned artifacts on display, and at the end of the day they were all very happy to return home with a renewed appreciation for their modern comforts!”

The staff and students thanked the parent helpers who made the excursion possible, as well as the wonderful ladies from the National Trust of Western Australia who kept the boys interested and entertained.