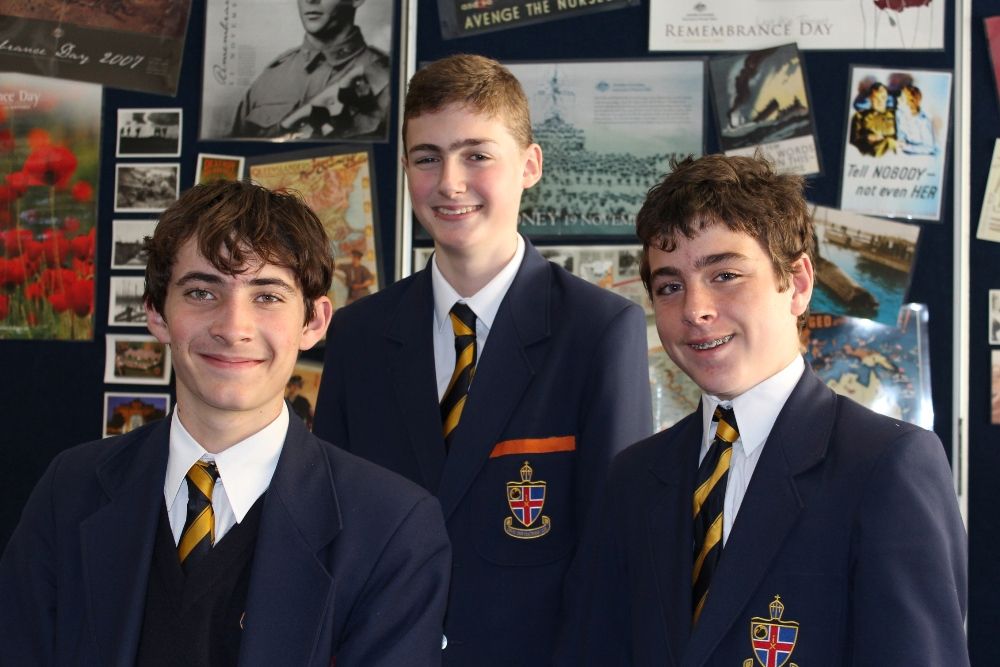 Year 8 students Edward Galluccio and Alex Lindsay topped the nation in the Australian History Competition while Year 10 student Samuel Thompson was among the top three performers in Western Australia.

In Term 2, 124 Year 8 and 50 Year 10 students took part in the competition, which is run by the History Teachers’ Association of Australia. The competition aims to provide an interesting and challenging competition for students, who must answer 50 multiple choice questions broadly based on the Australian Curriculum for History in Years 7 and 8, and Years 9 and 10 respectively.

Edward, whose favourite subject is History, said he found the competition easy. “As it was multiple choice, they gave you all the information you needed,” Edward said. He said his favourite periods of history were the Age of Discovery and the Incas and Aztecs.

Alex said he liked all Humanities subjects but found History particularly interesting. “I like learning about things were back then,” he said. He said he preferred the Middle Ages, Renaissance and Japanese history.

After studying a trimester of History as part of the Year 10 Humanities course earlier in the year, Samuel said he was surprised at topping the State. “I like multiple choice better than extended answers so I enjoyed the format of the competition,” he said.