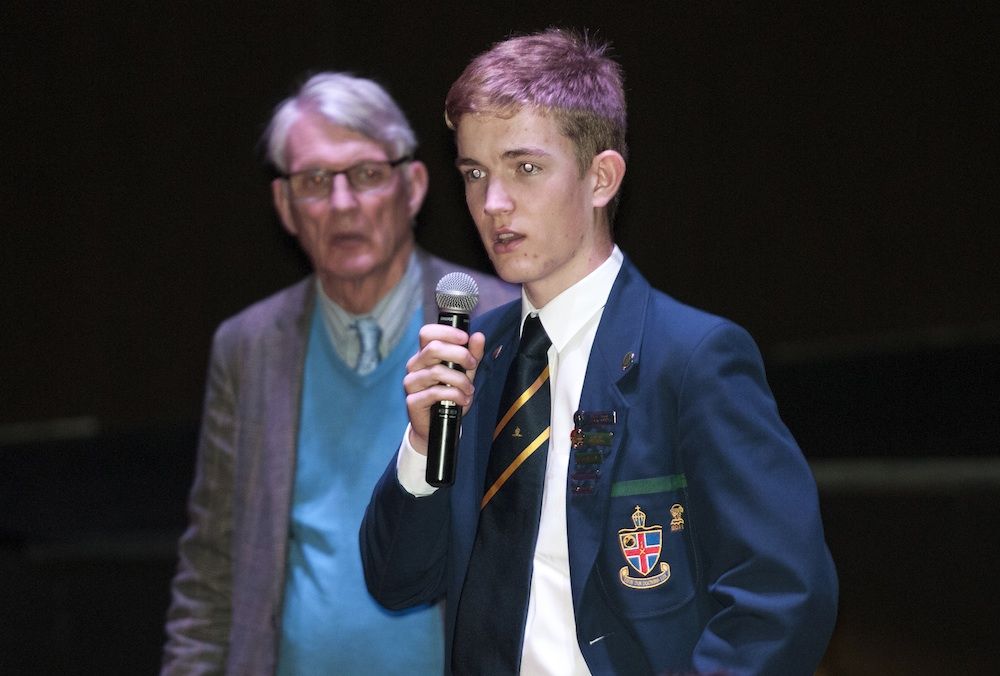 Years 11 and 12 philosophy and ethics students heard from internationally renowned philosopher Peter Vardy at a seminar hosted by St Hilda’s Anglican School for Girls recently. The emphasis for the day was ethics with discussion ranging from ethical theory to applied ethical issues such as war and euthanasia.

Head of Philosophy Dominic Hodnett said Dr Vardy, who is from the University of London, was renowned for covering a lot of ground in his presentations. However, this year students were given an opportunity to argue for or against the motion: This house believes it is acceptable for governments to torture suspected terrorists.

Mr Hodnett said after listening to the contributions of students from various schools, Edmond Stuart-Williams (Year 12) spoke with a degree of clarity, philosophical understanding and maturity that had not been matched up until that point.

“Edmond boldly advanced his thoughts in opposition to the motion,” he said. “When Edmond finished speaking the lecture theatre was filled with spontaneous applause.”

Mr Hodnett said one of the benefits of studying philosophy was the ability to argue in a clear, insightful and convincing manner. “Edmond’s contributions were testament to the fact that he has come a long way in mastering these transferable skills,” he said.