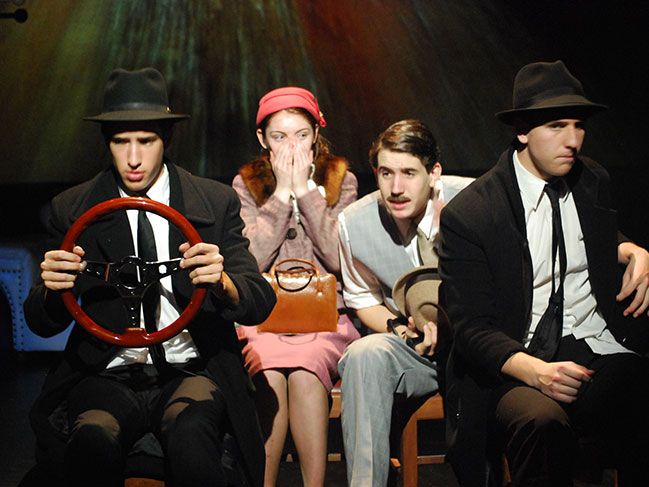 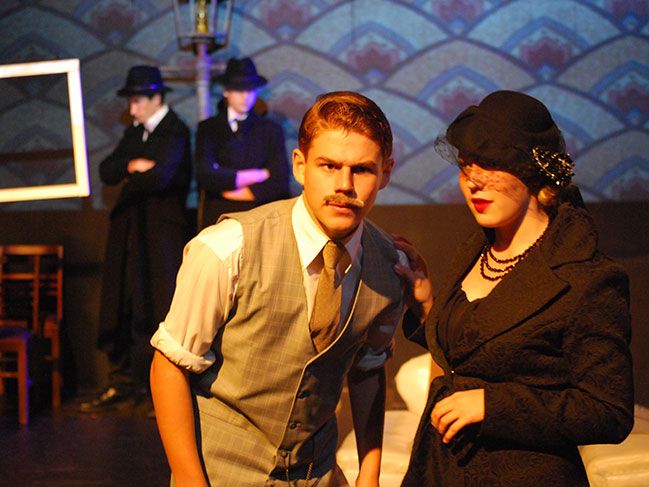 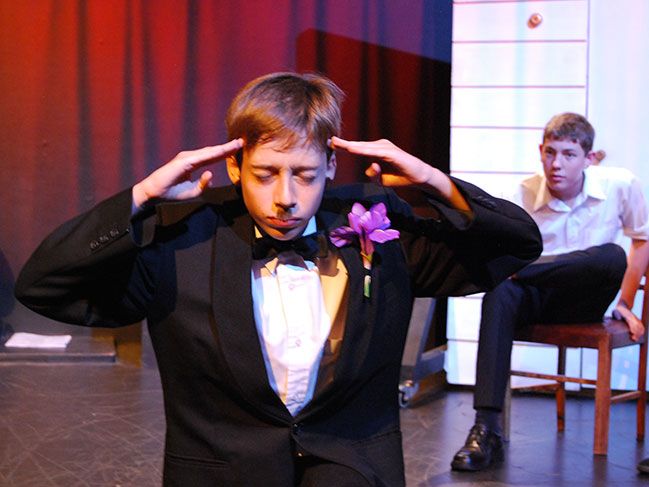 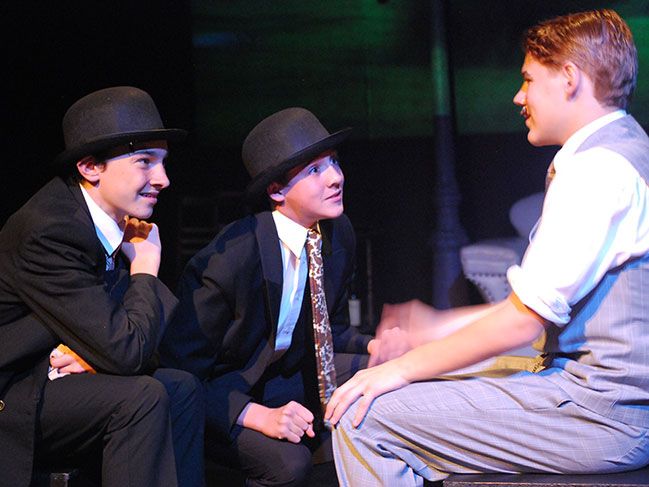 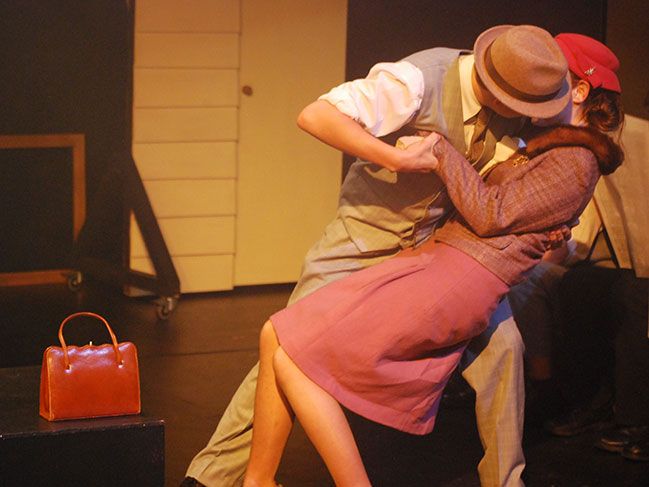 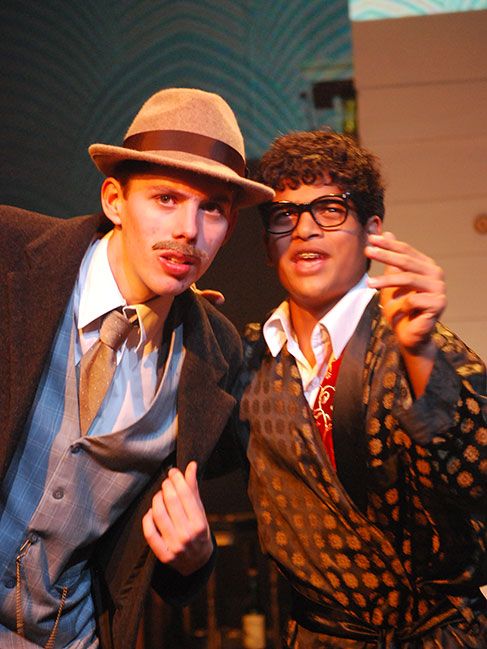 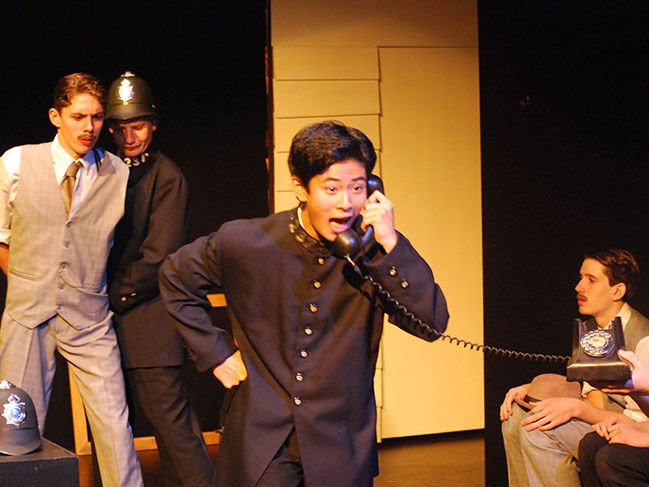 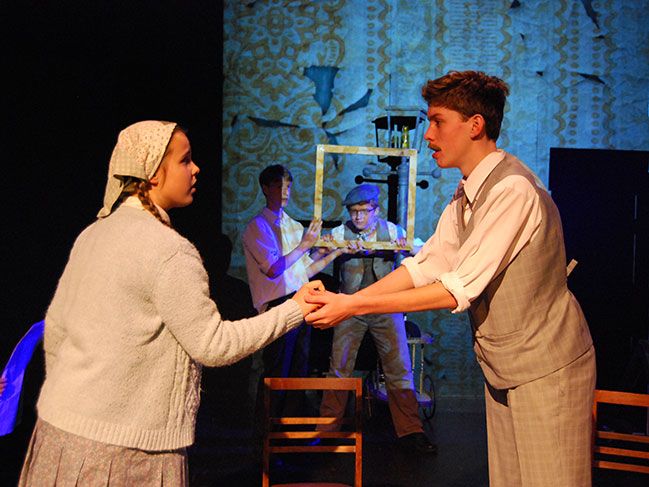 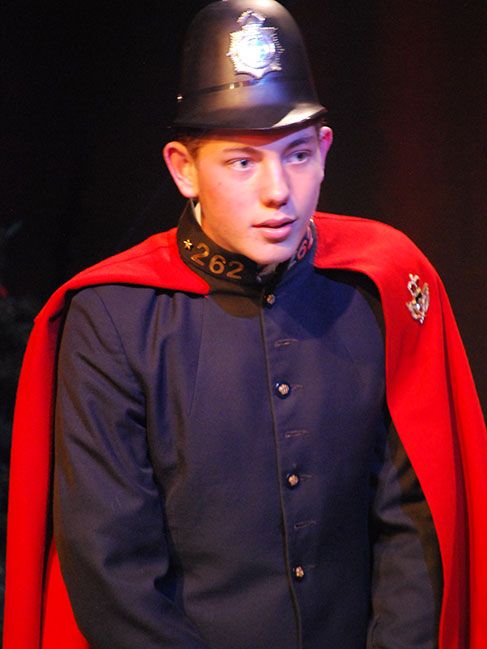 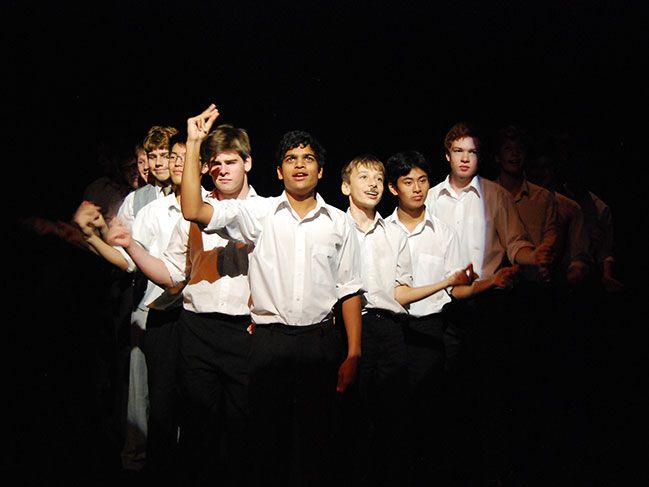 It was a full house over three nights at the Christ Church Drama Centre last week as the Midnite Youth Theatre Company performed The 39 Steps. The Year 10 play, directed by Drama teacher Nicky Garside, sold out days before its first performance.

Not only was the spy thriller a big hit with audiences but an ideal choice for its cast, according to Mrs Garside. She said she knew the Year 10s would enjoy it after seeing its popularity with a group of boys she took to see the play, made famous by the Alfred Hitchcock film, in London years ago.

Mrs Garside adapted the script, originally written as a four-man show in which the actors played more than 100 characters, to allow for an ensemble performance, in which versatility and working together as a team were vital skills to its success.

She said splitting the lead character amongst three boys gave more opportunities to for the cast to multi-role. “My Year 10 Drama class is a really strong group with a good sense of humour so I knew they could pull off the larger than life characters,” she said.

The boys were able to draw on their director’s own accent for finessing their English characters while a session with a vocal coach helped the cast fine tune their Scottish accents.

Ms Garside also acknowledged the work of Production Manager Tess Reuvers, Costume Designer Jay Waugh and Hair and Makeup Artist Anna Di Girolami, who all echoed her comments on the enthusiasm, politeness and talent of the cast.