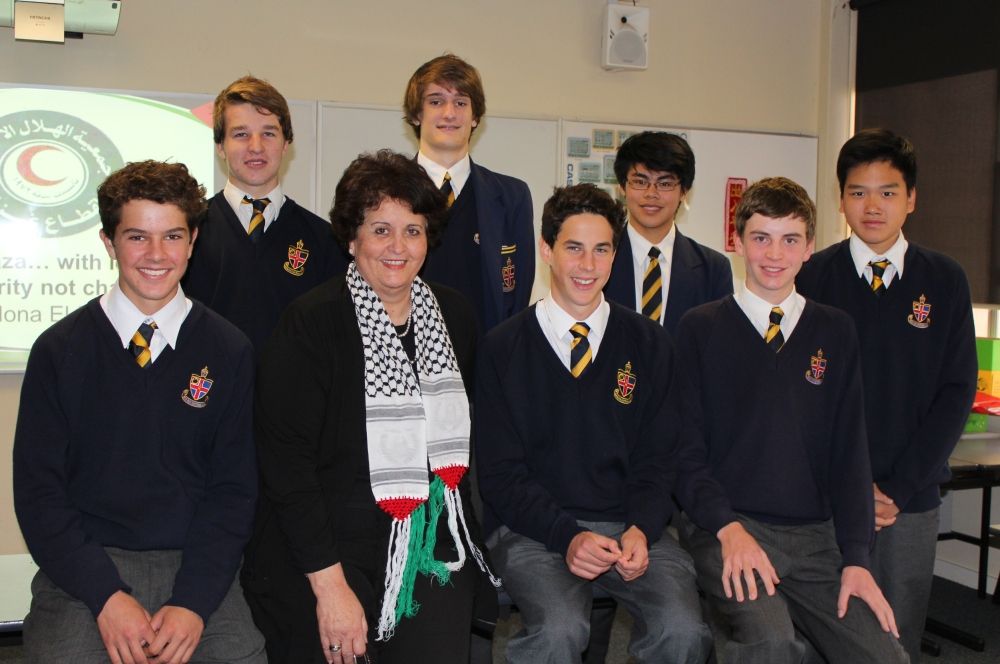 Dr Mona El Farra held the attention of a large group of Year 10 Humanities students as she described the history behind the Gaza Strip’s establishment as a Palestinian territory in 1948 this week. Her presentation, made possible by the Centre for Ethics, included graphic pictures of conditions taken recently in what has been described as ‘the world’s largest open-air prison’.

Head of Humanities David Proudlove said Dr El Farra, a physician who has dedicated herself to developing community-based programs aimed at improving health quality and linking recreational and cultural services across Gaza, gave particular focus to what life was like for young people.

“Dr El Farra emphasised the importance of finding a sustainable, political solution to the terrible suffering that she has to contend with in her role every day,” Mr Proudlove said. “Indeed, her long-planned trip to Australia, organised by the Friends of Palestine, was delayed for five days when Egypt chose to close the border from Gaza ‘for its own reasons’.”

Dr El Farra has dedicated her life to helping the most needy in Gaza, striving to provide safe drinking water and basic health services for some of the 1.1 million people the United Nations classifies as refugees. “The total population of Gaza, 1.7 million people, is very similar to that of metropolitan Perth yet the settlement only occupies 360 square kilometres – not even a tenth that of Perth,” Mr Proudlove said. “Many of the settlements have been destroyed by Israeli airstrikes so tens of thousands live in temporary, ramshackle shelters.”

Mr Proudlove said the boys listened intently and asked a series of probing questions, seeking to understand what might be done to alleviate some of the poverty and misery of the residents of Gaza. “Dr El Farra flies back to the Middle East later in the week to resume her humanitarian work but left an indelible mark on the minds of many of our students and their teachers.”