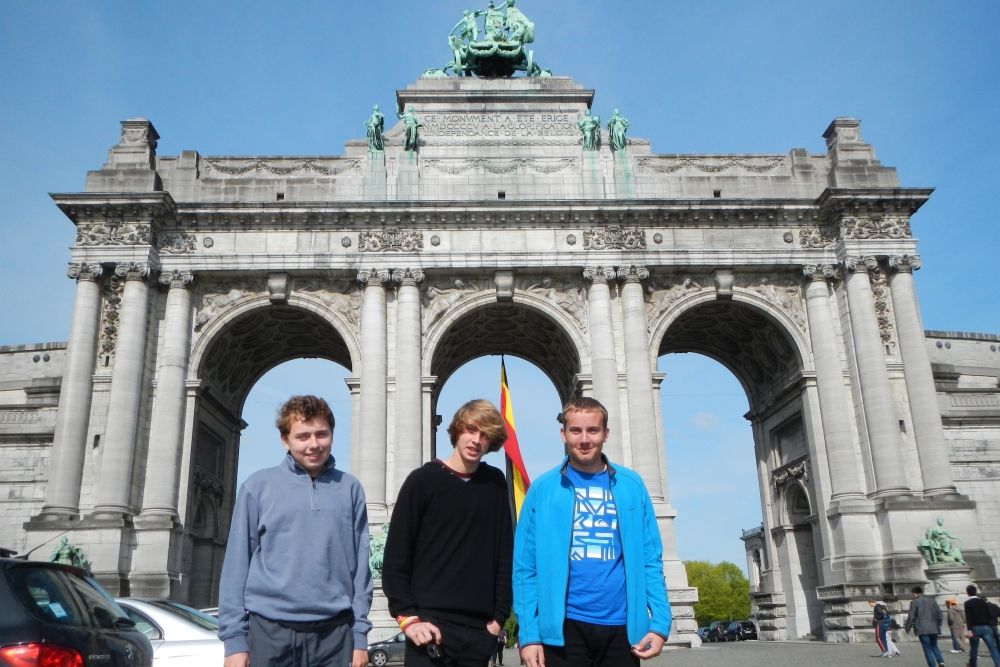 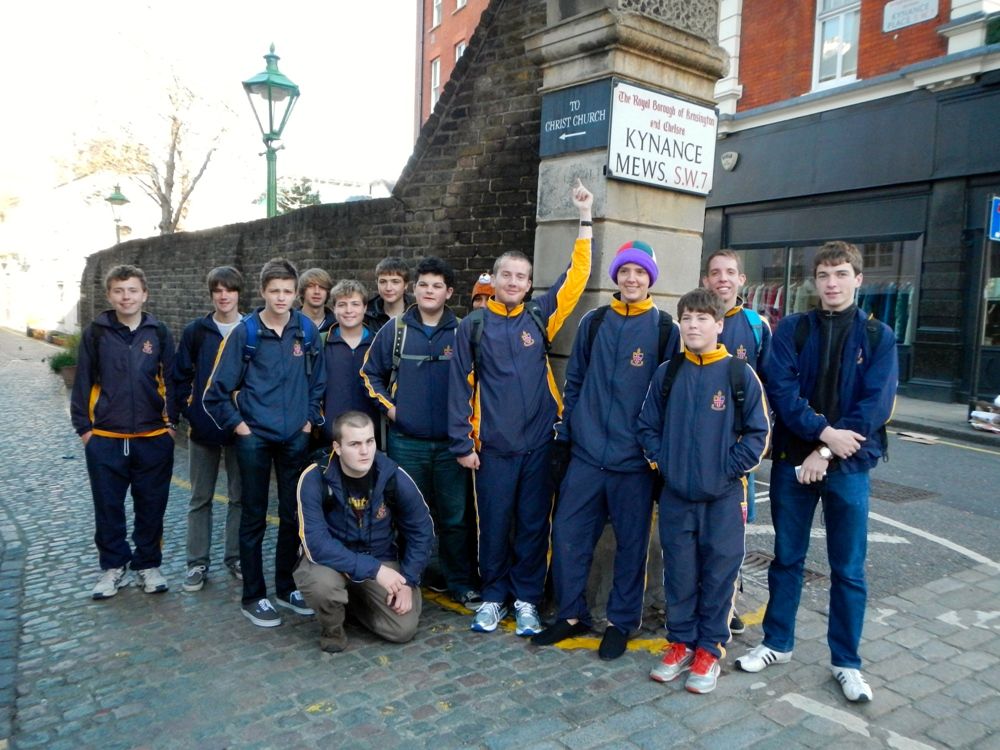 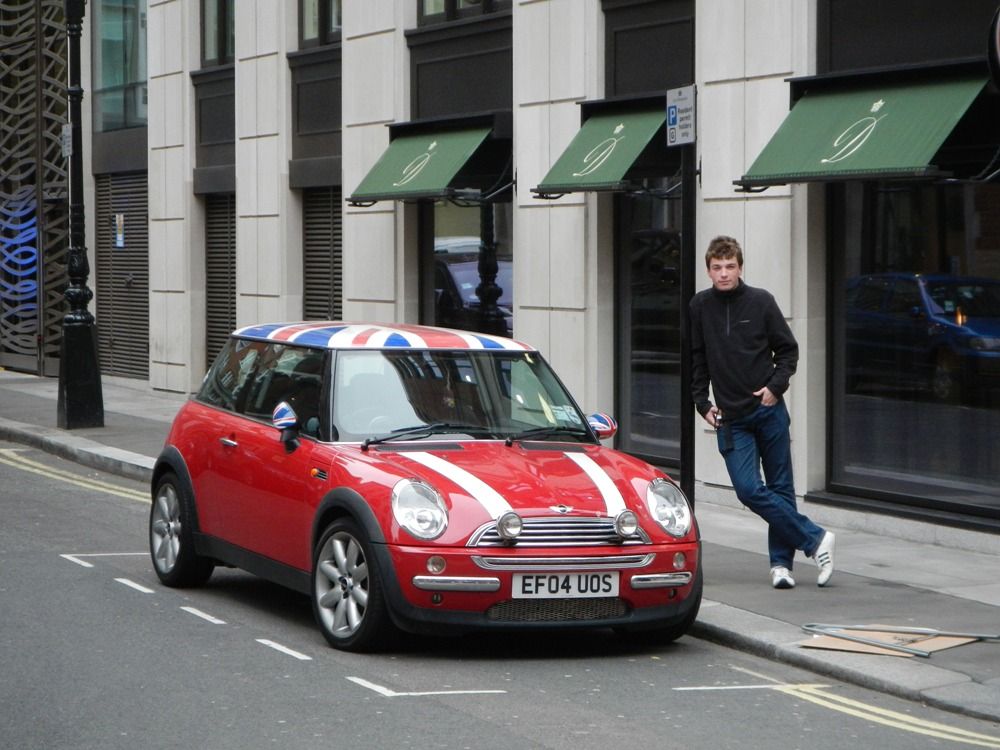 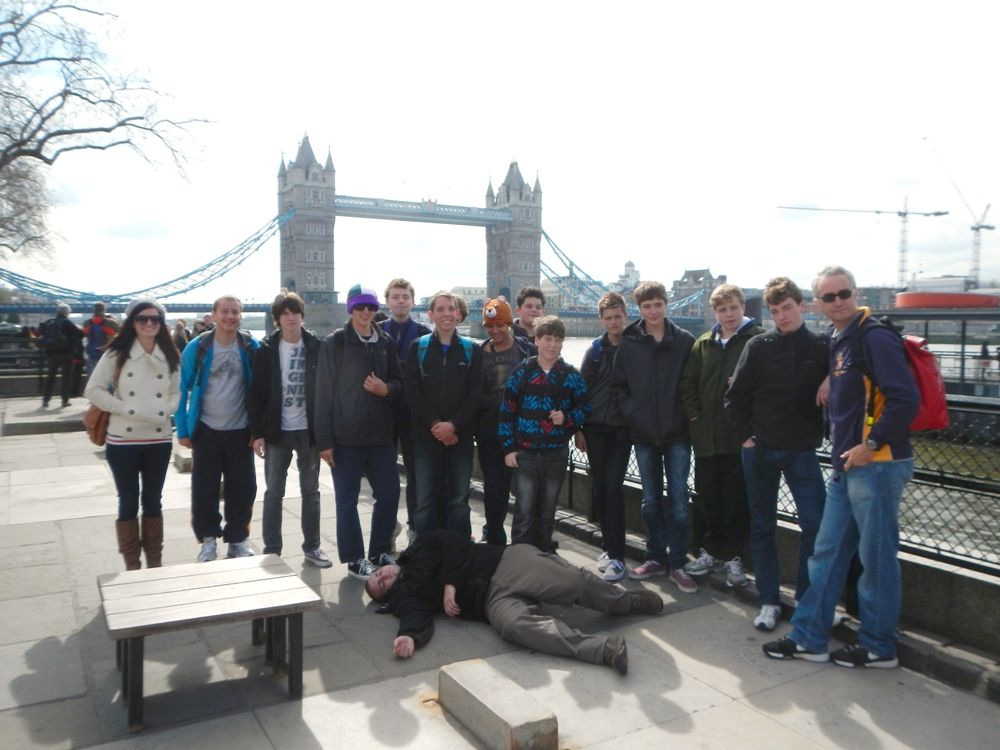 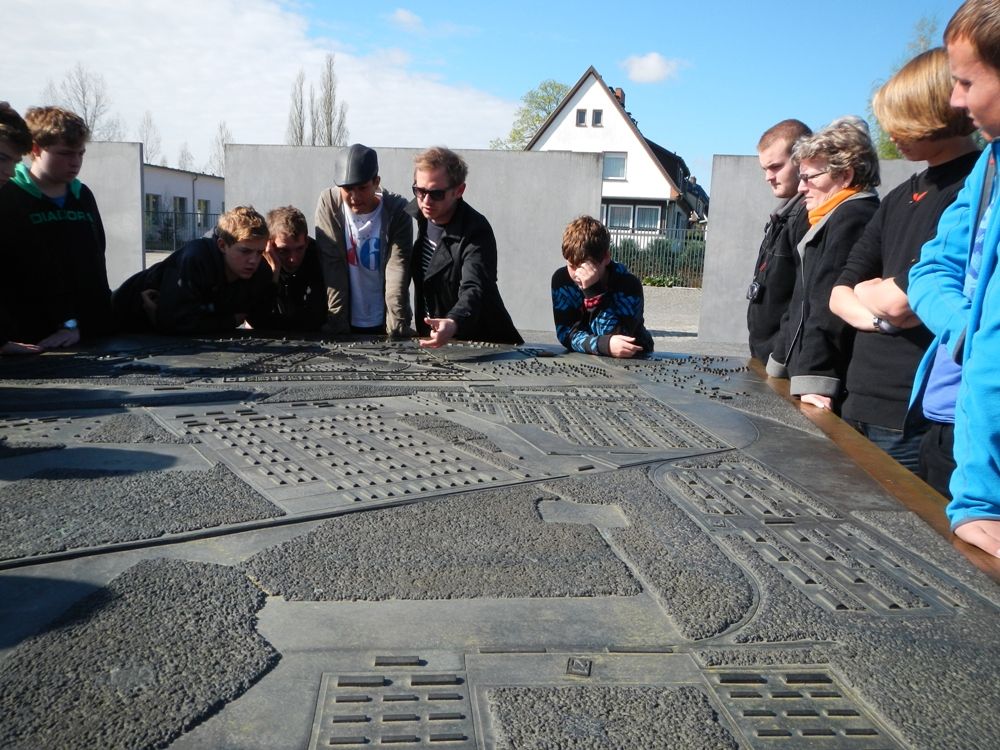 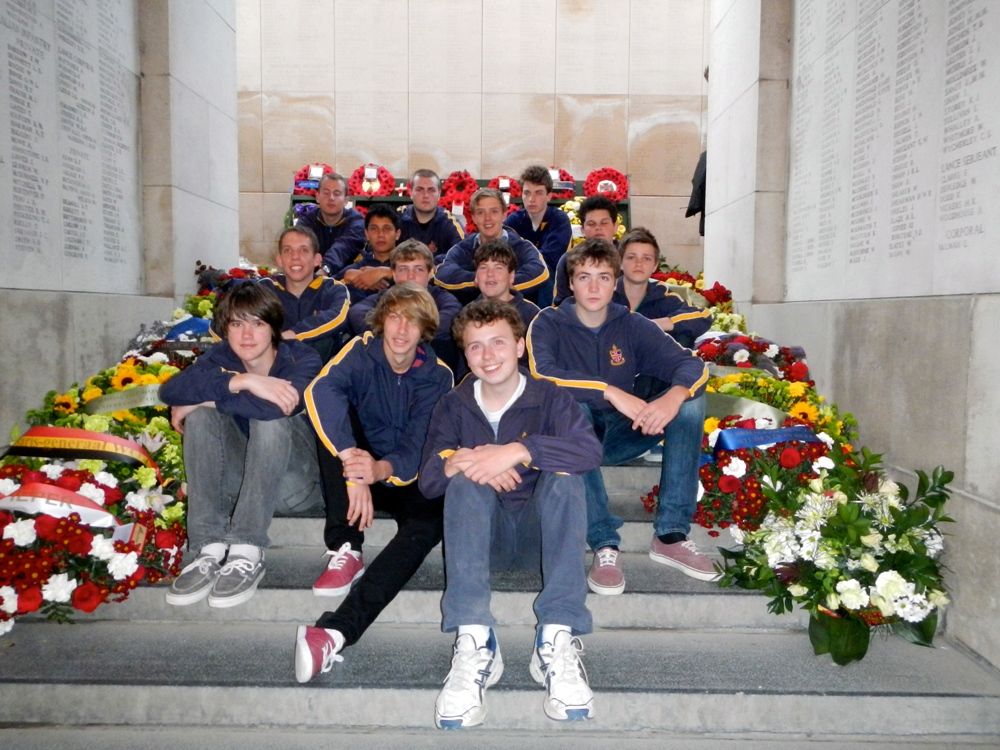 Fourteen boys, from Years 8 to 12, travelled to England, Belgium and Germany as part of the second Humanities Tour of Europe during the Term 1 holidays.

After arriving London, the group met tour escort Patrick – a very knowledgeable Luxembourgian with a good sense of humour. They spent the first day exploring the South Kensington area around their hotel and in the afternoon visited museums in the district around the Victoria and Albert Museum.

The following day included a London city tour by coach including stops at the Tower of London, British Museum, Westminster Abbey and the underground bunker system where Winston Churchill ran the War Office from during World War 2. The boys began a theme of buying various headwear throughout the trip including a replica knight’s helmet, animal beanies, West Berlin and East Berlin soldiers’ hats and Russian faux fur hats.

After a few days in London, the group went by ferry across from Dover to Calais where they stayed in Ieper, then later in Brussels. Humanities teacher Jasmine Head, who co-ordinated this year’s tour, said their first visit to Tyne Cot cemetery was very moving to see the numbers of dead, and interesting to see the restoration work underway for the stones.

On Anzac Day, the group joined the ceremony under the Menin Gate at 8.00pm, where Jonah Towler and David Prosser laid a wreath on behalf of Christ Church. “We had some great comments from the public on the excellent behaviour of our boys,” Ms Head said.

The group also visited the gravesite of Jonah’s relative in a small cemetery near Ieper where Jonah was able to lay a poppy brought all the way from his family in Perth. The boys also visited a reconstructed trench system from World War I and climbed through the mud to see what it was like from ground level for soldiers; some key battle sites including Passchendaele, Hill 62 and Anzac Ridge; and the historic towns of Ghent and Brugge.

After seven-hour train journey, the group spent the next three days in Berlin at a more relaxed pace. At the Topography of Terror exhibition, on the rise of the Nazis and the atrocities committed during their leadership, the boys asked lots of good questions.

Ms Head said their visits to the Sachsenhausen and Dachau concentration camps were very moving experiences for the boys and they were shocked by the inhumane treatment of so many people.

“We also saw remnants of the Berlin Wall and visited Checkpoint Charlie where the boys were amazed at the innovative ways people tried to escape East Berlin including a mini submarine and simply crashing through with a bus,” she said.

Other highlights included the staying in Nuremberg and visiting the stadium Hitler had built for party rallies and the zeppelin field; standing on the crumbling stand where Hitler gave his speeches, which will be off limits to public access in a few years; visiting the BMW showroom; and a visit to Heidelberg and its red castle.