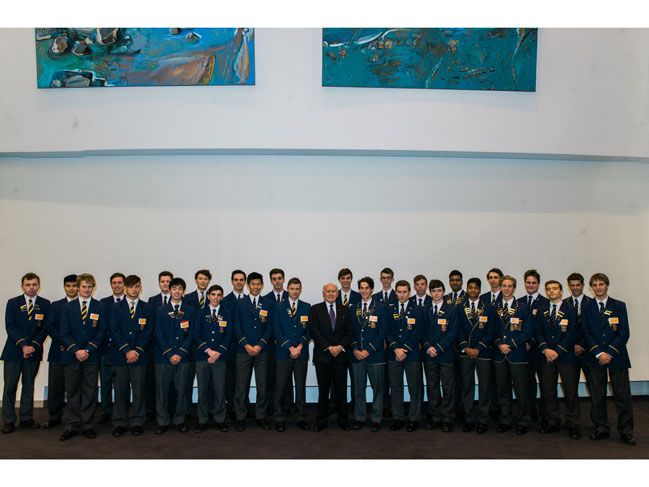 The start to the day was early, far earlier than many were used to, but the prestige of the breakfast kept the spirits of the boys high. Before the formalities, the group were privileged to be captured in a photograph with ex-Prime Minister John Howard. It was an honour to meet such a prestigious member of Australia’s political executive, the boys were all very eager to impress.

The breakfast was full of business leaders from across Western Australia and the way in which the boys conducted themselves in the presence of such an elite group was testament to their maturity.

The discussion focused mainly around fiscal policy reforms, small business restructures and economic management for the new financial year. In addition to this, the panel discussion raised the issue of GST and the way alterations would affect the level of financial equity that exists amongst the States.

While the discussions were often jargonistic, making it difficult for the boys to follow, the breakfast served to highlight the application of political and economic theory in today’s society.

The breakfast was excellently suited to both Economics and Politics and Law boys and a big thank you must be given to Mr Richard Parker, Mr Andrew Greig and Mr Lloyd Haskett for organising the event and giving up their morning to accompany the boys.