Last week, Year 10 humanities students learned of the Malaysian Conservation Alliance for Tigers (MYCAT) plight from old boy Ashleigh Seow (Class of 1973). MYCAT aims to reduce the threat of poaching on the critically endangered Malay tiger by encouraging people to join hikes through the rain forest.

Head of Humanities David Proudlove said as part of the Year 10 Humanities Course, boys were considering the role of non-government organisations (NGOs), such as MYCAT, Greenpeace and Amnesty International, and their activities around the world.

Ashleigh, who is MYCAT’s Senior Program Officer, said the tigers were not all too concerned about humans appearing in their territory as there was plenty of game to eat with such a small number of the apex predators left in the wild. However, illegal poachers are immediately deterred from snaring and hunting protected species (including exotic birds, bears, leopards and tigers), if other, law-abiding people are in the area.

“It is only where there has been great habitat destruction that tigers are forced to come close to permanent human habitation and that is where there have been occasional attacks on humans in their villages and farms,” Ashleigh said.

The groups who join the MYCAT treks are likely only to witness traces of the tigers’ presence such as claw marks on trees or huge paw prints on soft soil and river sediments. However, just the realisation that one is walking along the same path that was perhaps only recently occupied by the beautiful, rare animals is exciting in itself.

Mr Proudlove said the boys listened intently and then asked a range of questions about the future for tigers in the wild and how sterner laws, more robust policing and greater environmental education might enable wildlife poaching to become a thing of the past. 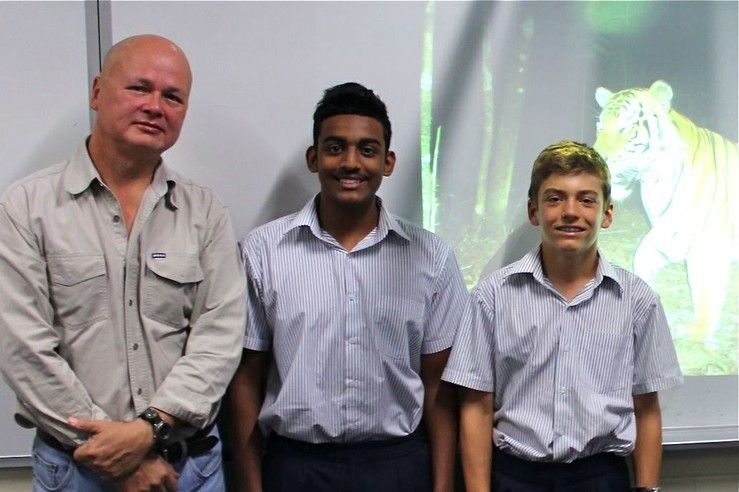 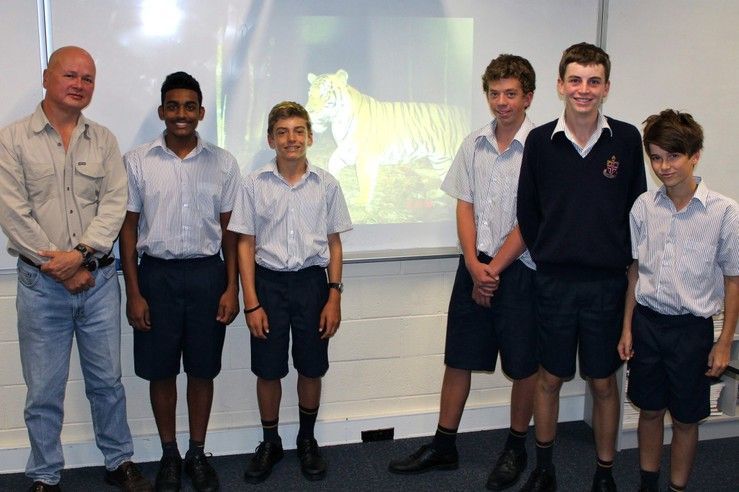