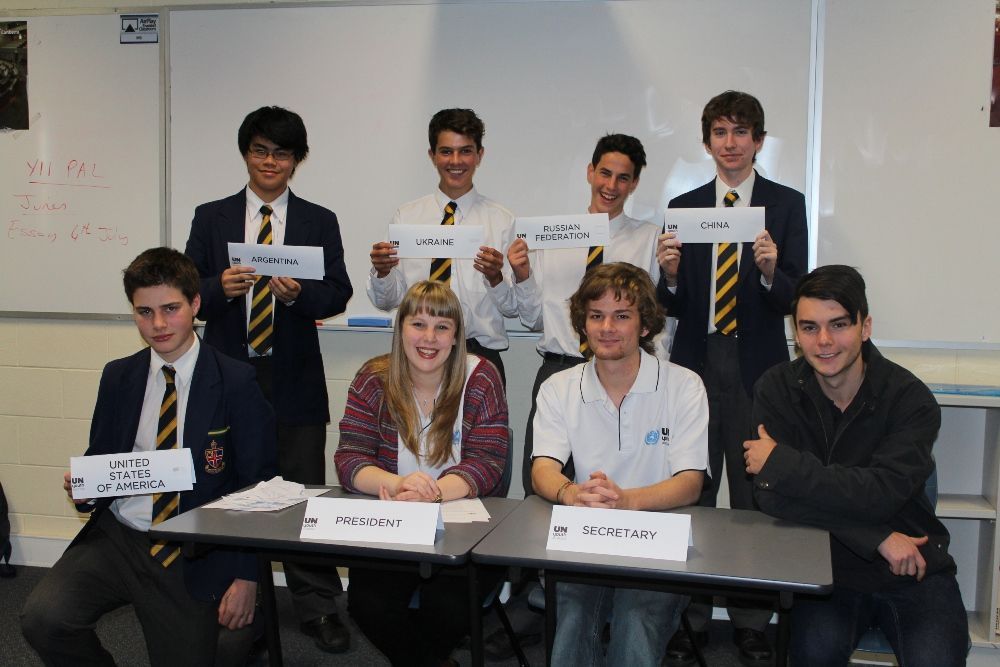 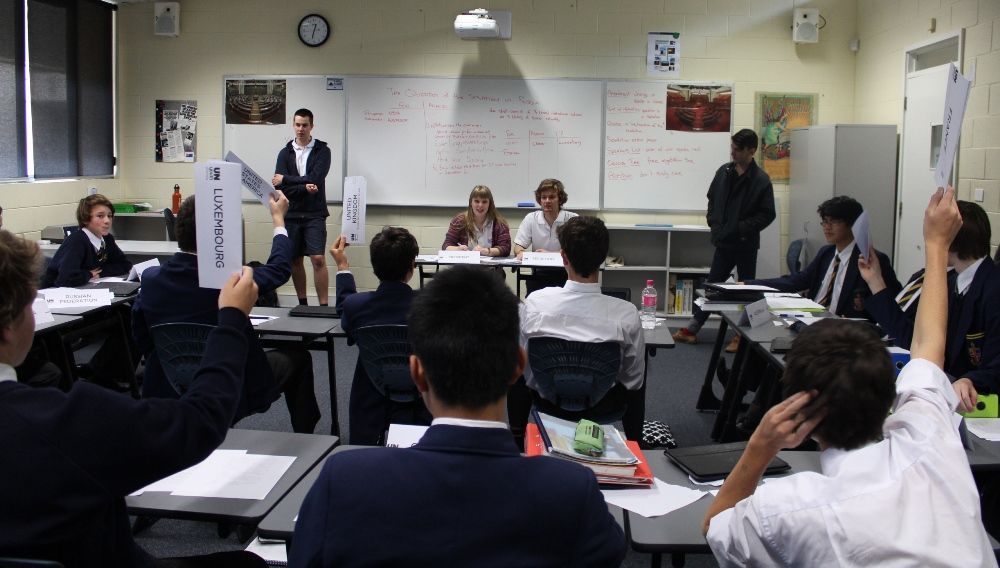 A class of Year 10 boys, studying the new elective course Global Perspectives, was given fascinating insights into the workings of the United Nations late last term. Members of the WA branch of the United Nations Youth Association (UNYA) staged a UN Security Council debate in the Humanities Department.

Boys were divided into three groups with each boy made an Ambassador to the UN of each of the five permanent and 10 non-permanent members of the Security Council.

Head of Humanities David Proudlove said the fictional, but not too far-fetched, event of global significance for debate was the assassination of Russian President Vladimir Putin.

Mr Proudlove said the boys warmed to the task quickly, proposing a variety of possible solutions and amendments to the original resolution tabled in the formal language and protocols of the UN.

He said the UNYA representatives, who are undergraduates at Perth universities studying politics, engineering, nursing and modern history, brought the whole process to life superbly.

“Their enthusiasm engaged everyone instantly. It is hard to imagine a better, more direct way to learn about such a crucial international organisation, Mr Proudlove said.