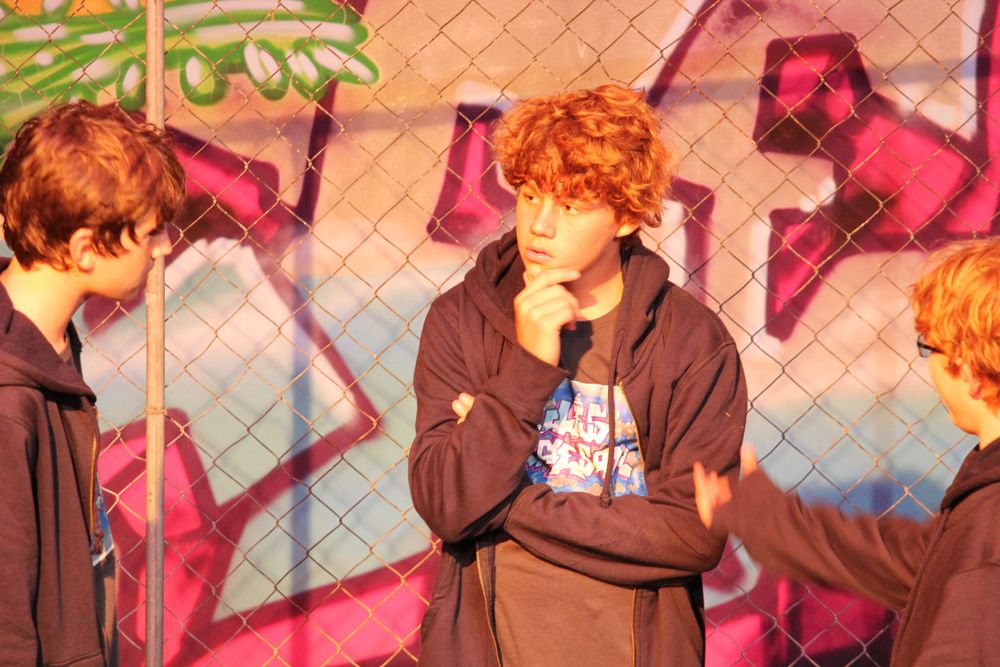 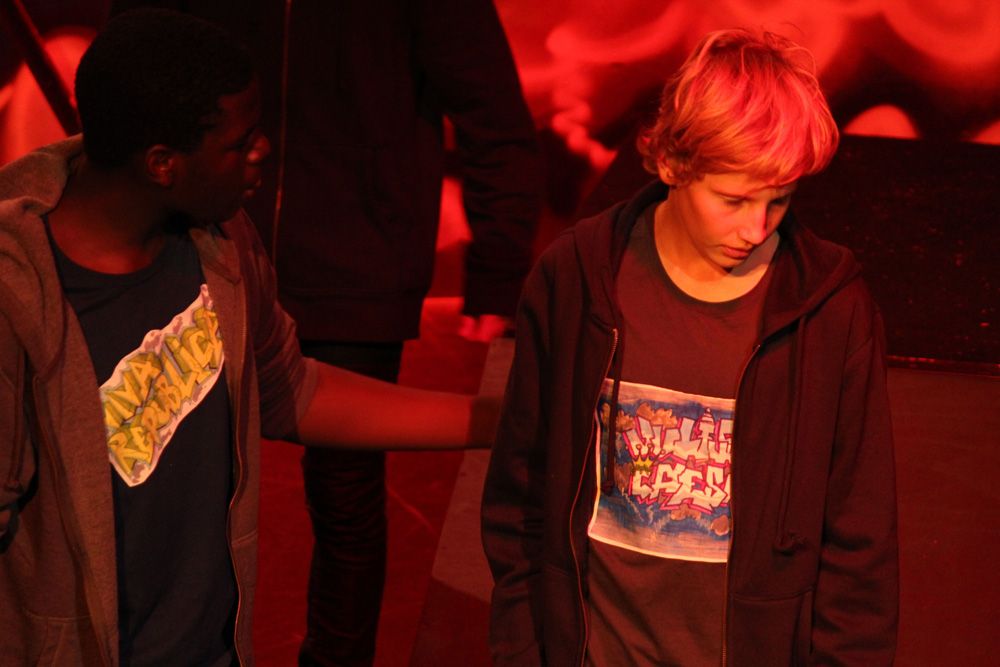 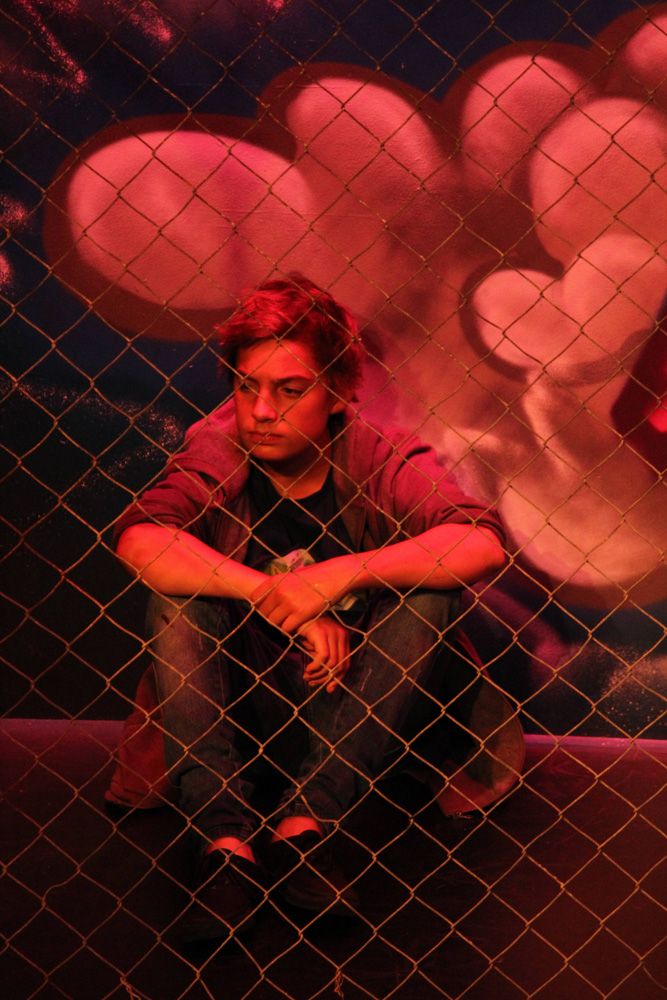 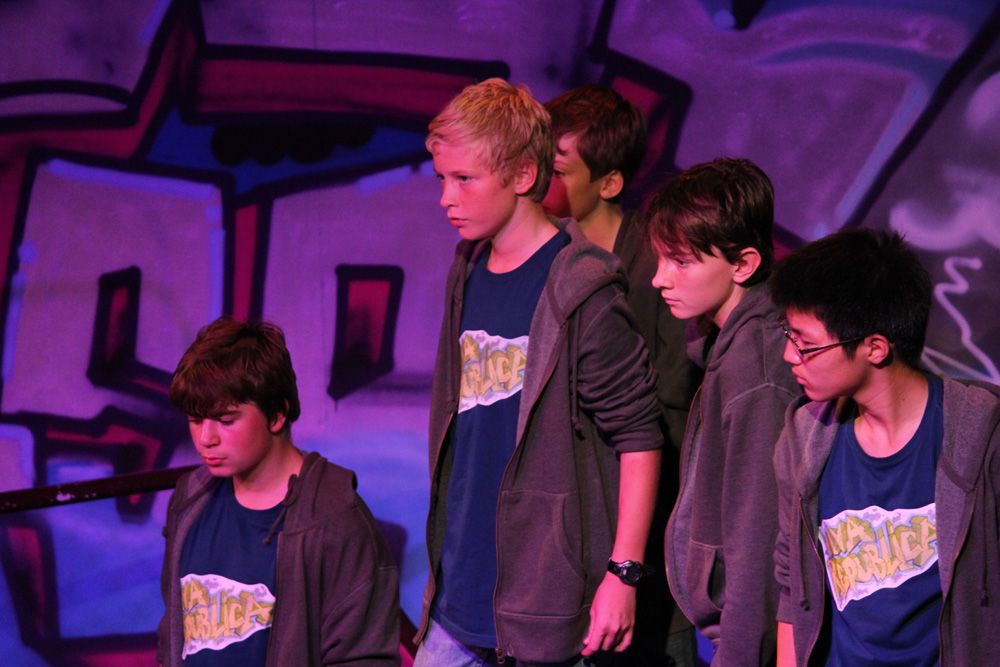 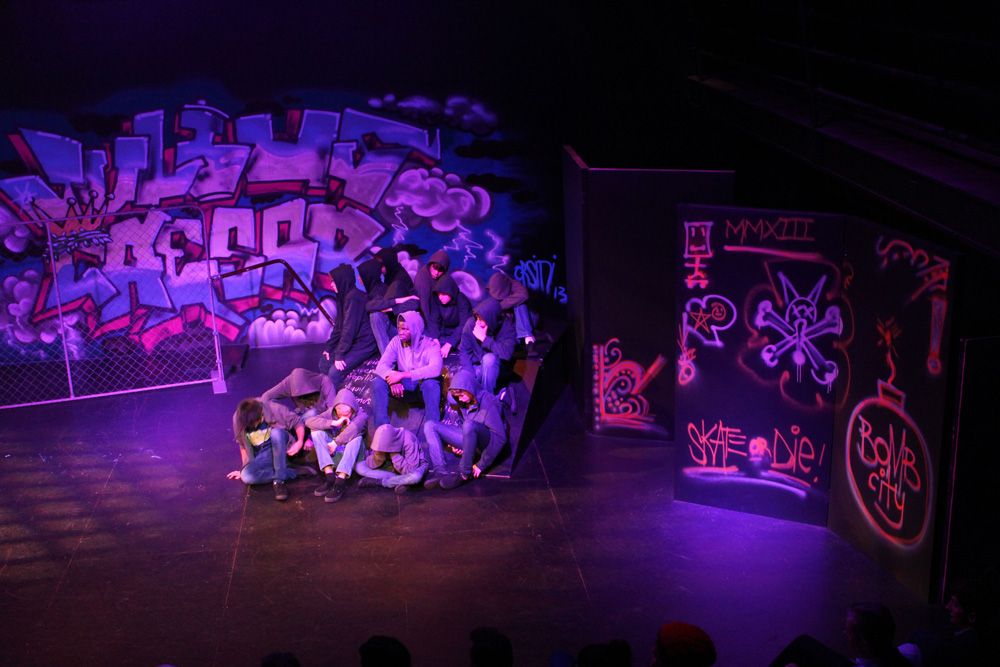 A modernised Julius Caesar set in a skate park was the Midnite Youth Theatre Company’s latest offering. The Year 9 play was staged in the Drama Centre from 10 to 13 April.

Lisa McBride, director-in-residence courtesy of a Parents’ Association grant, led the players in William Shakespeare’s classic play about power, jealousy, integrity and honour. “The fabulous thing about Shakespeare is that despite the age of the actual play, the meanings and messages have never aged… they are just as relevant today as they were in the 17th Century,” Ms McBride said.

The political tale tells the story of the conspiracy against Caesar, his assassination and the defeat of his conspirators. It is a fast moving story about a struggle for power, an explosive act of political violence and the repercussions for all those involved.

“To contemporise the story we chose to set it in a skate park with the warring factions being gangs of youths rather than politicians and soldiers. This decision helped the cast to empathise with the themes of the play, and to see its connectedness to the 21st Century,” she said.