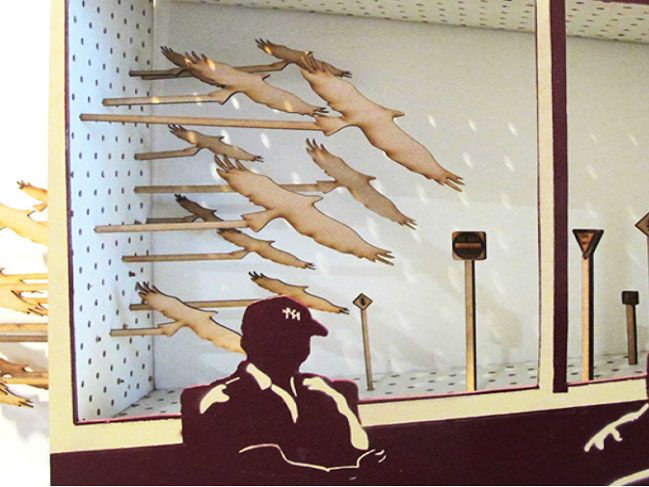 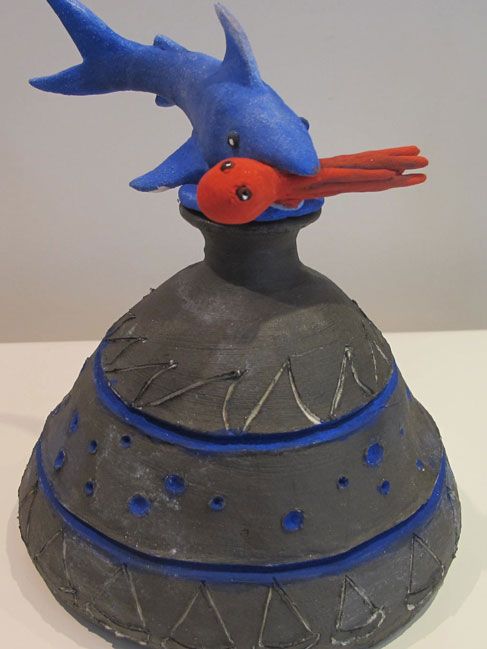 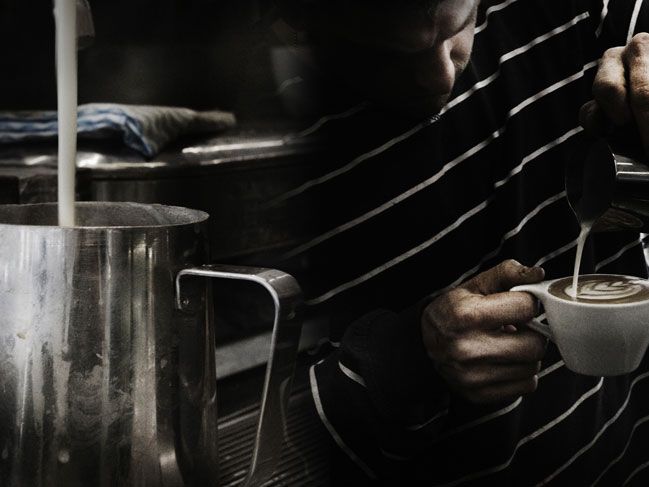 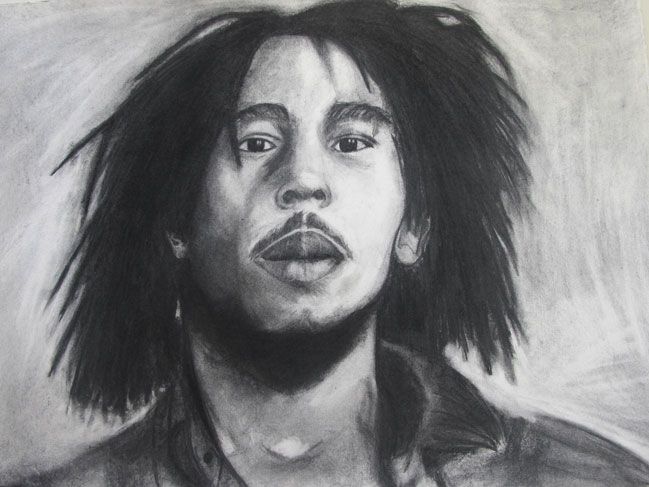 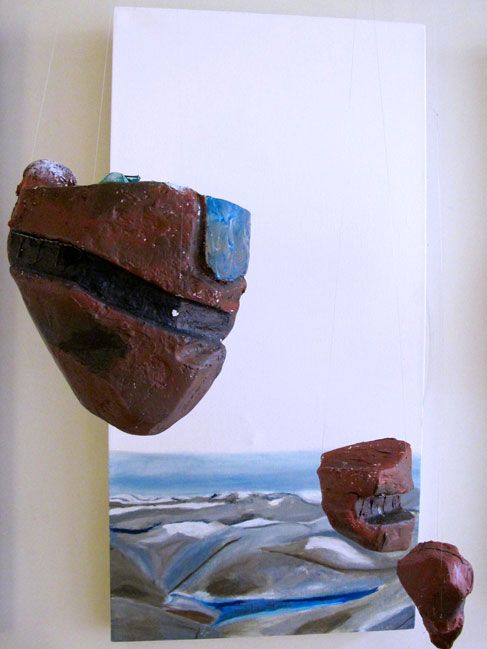 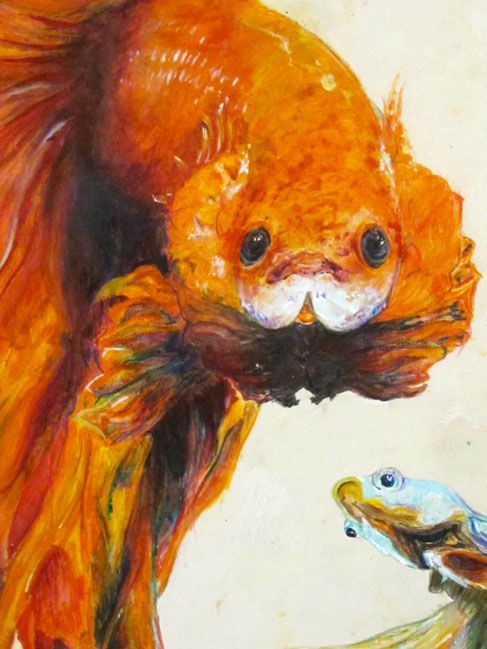 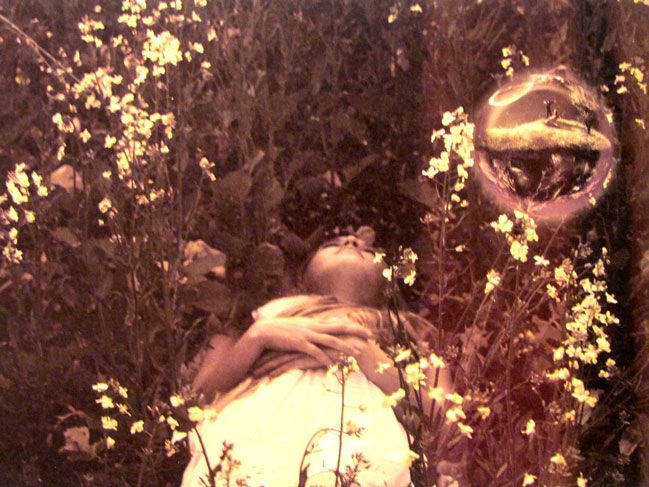 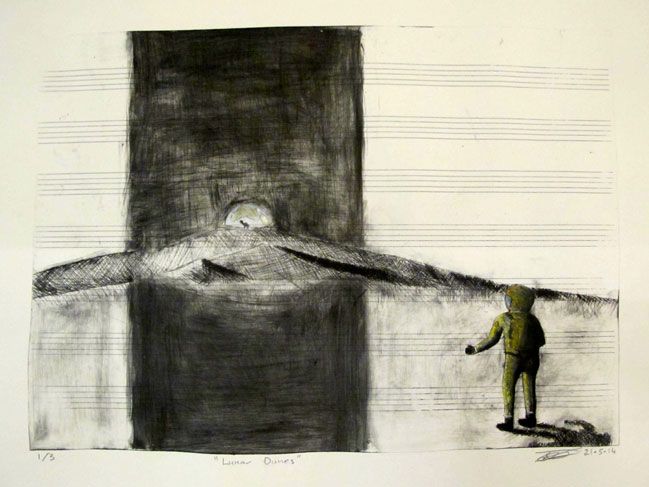 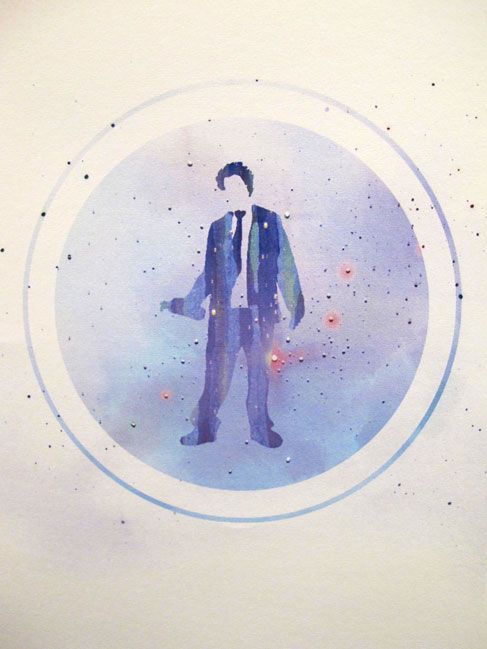 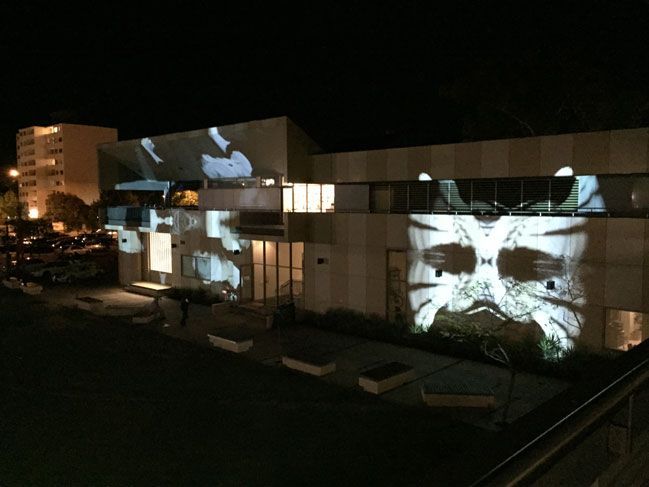 The Visual Arts, Design and Technology Building façade became a giant canvas as part of the opening of this year’s Senior School Art Exhibition, Laws of Motion 2014, last Thursday evening.

Devised by Art Teacher Anna Rowe under the expertise of artist-in-residence VJZoo, a collaborative Year 10 Digital Design experimental film project was projected onto the building as guests arrived on opening night.

The annual exhibition, which runs until Friday 14 November, features the production works of Year 12 graduates of Visual Arts and Media, Production and Analysis as well as a wide range of inspired works by Visual Art, Graphics, Photography and Digital Media students from Years 7 to 12.

Head of Art Pam Yordanoff said this year’s judge Nicole Slatter, a lecturer at Curtin University’s School of Design and Art who also worked with Years 11 and 12 Visual Arts students earlier in the year as part of the annual Art Camp, was thrilled to see the sophisticated artworks on display, especially in the Year 12 WACE class under Art Teacher Jean-Marc Rivalland’s guidance.

There were also a series of eclectic avant-garde short film productions on new digital media boards produced by the WACE Media students and inspired by Mrs Rowe. Ms Slatter commented on the erudite quality evident in the Year 12 works, along with other works. “It is obvious that the boys are challenged to explore concepts and mediums in a contemporary context, and this has resulted in a strong pathos to their art practice,” Ms Slatter said.

The 2014 Peoples’ Choice winner was Visual Art student Matthew Shelton (Year 12) for his sculpture titled Pegged On – The Intended Future. For the full list of the winners, click here. To view the catalogue of Year 12 work and their explanations, which can be collected from the Art Department when you visit the exhibition, click here.

Laws of Motion 2014 is open to the community during school hours on the first floor of the Visual Arts, Design and Technology Building. Visitors are encouraged to bring some change for the Art Lucky Dip, which is filled with student artworks for sale. All proceeds go to the Yakanarra School, whose Indigenous students had artwork featured in Christ Church’s Indigenous Student Art Exhibition overseen by Art Teacher Gisela Zuchner-Mogall. 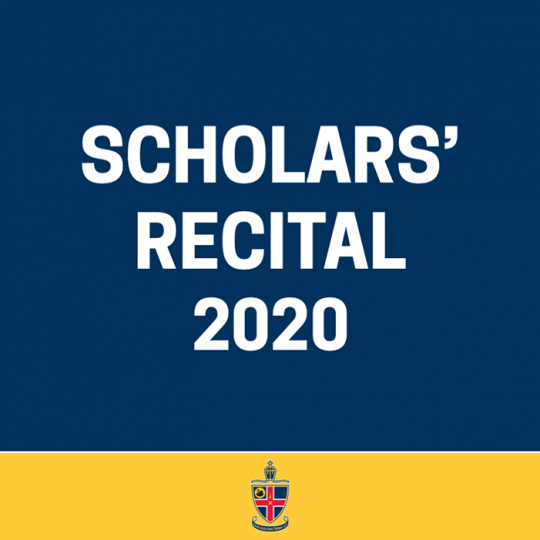 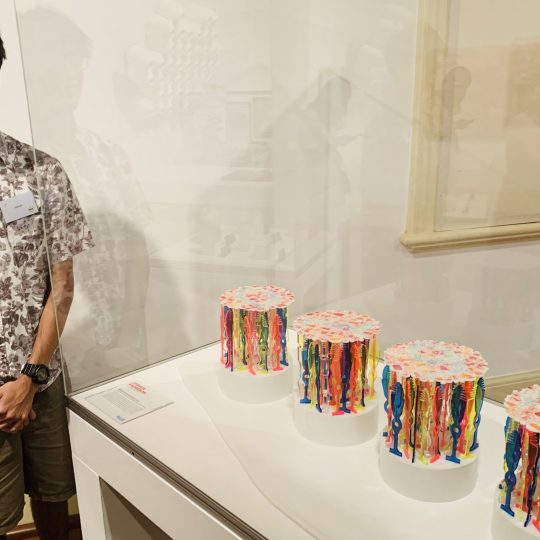 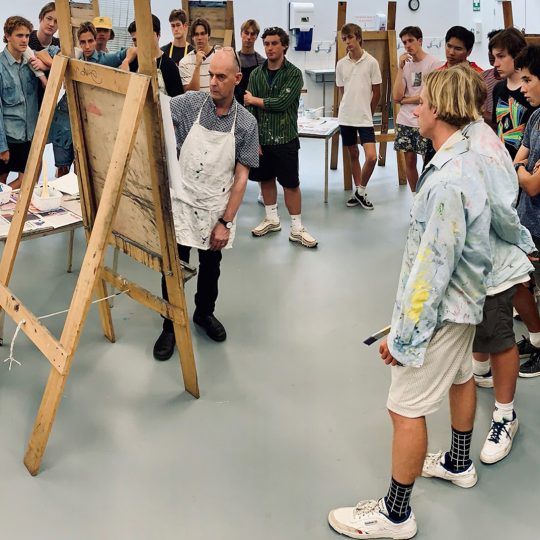 Students inspired by leading artists Boys from our Years 11 and 12 Art course were at Curtin University’s School of Art & Design recently receiving guidance and tuition from some of WA’s leading arts educators and artists. read more