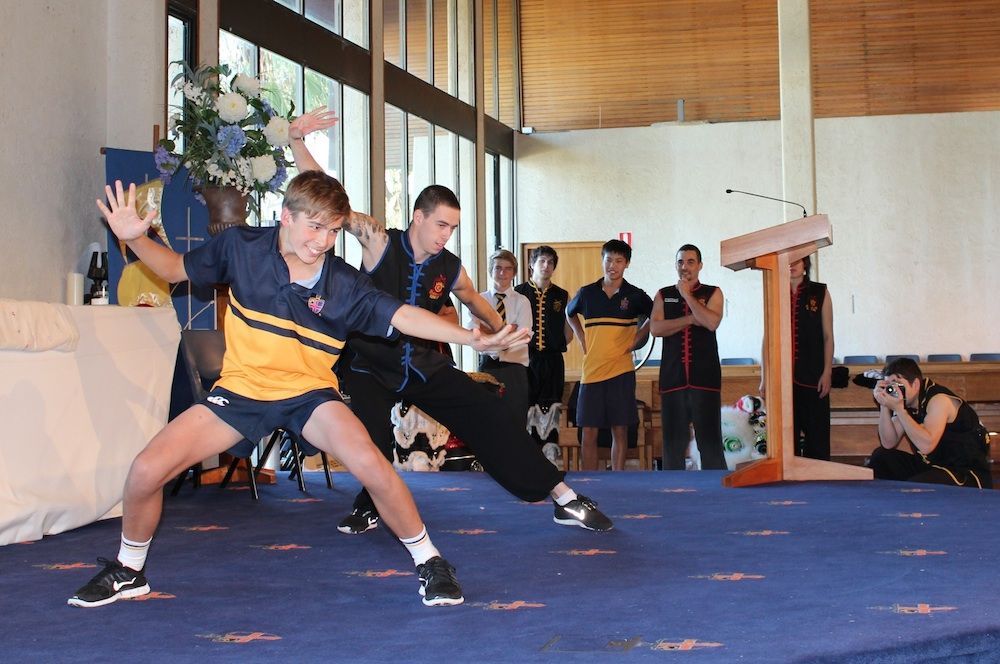 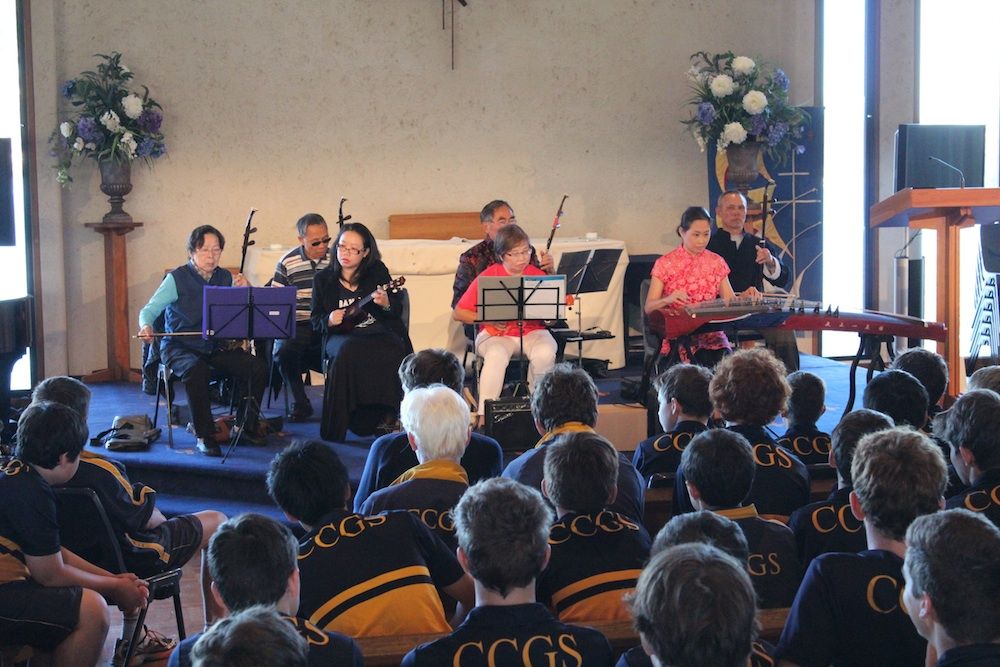 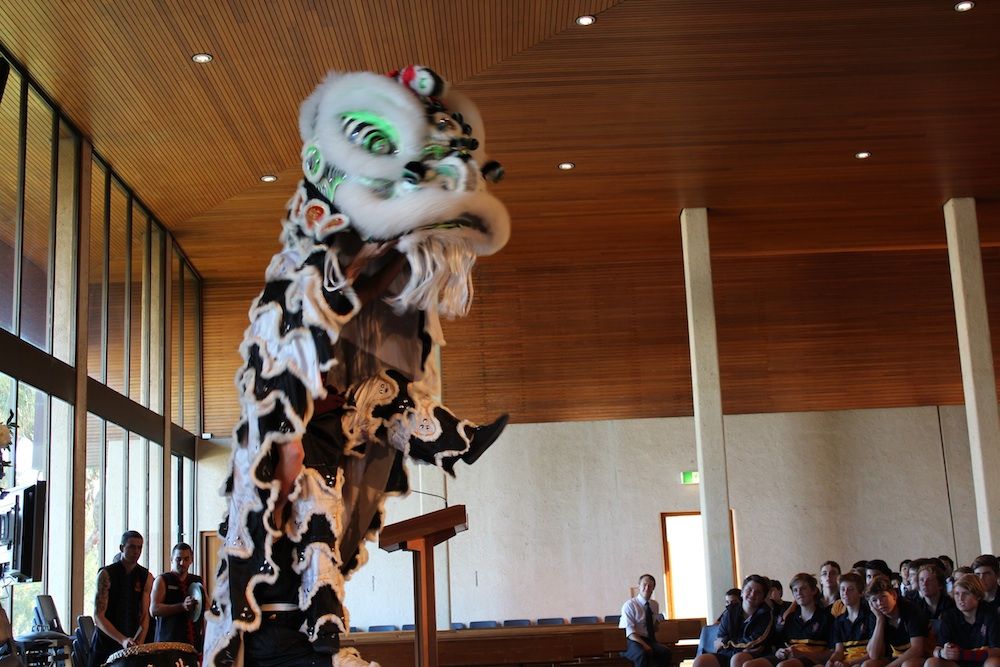 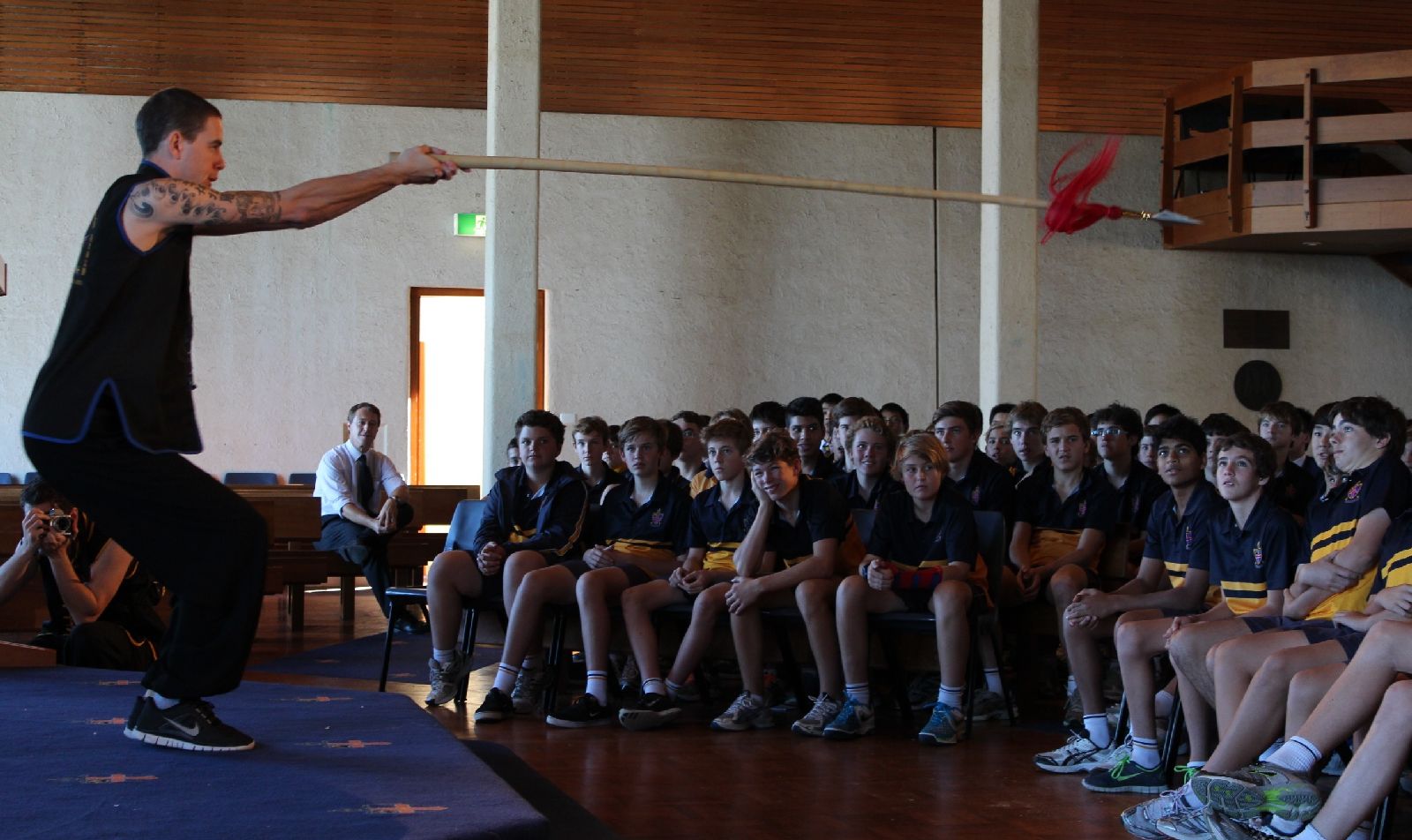 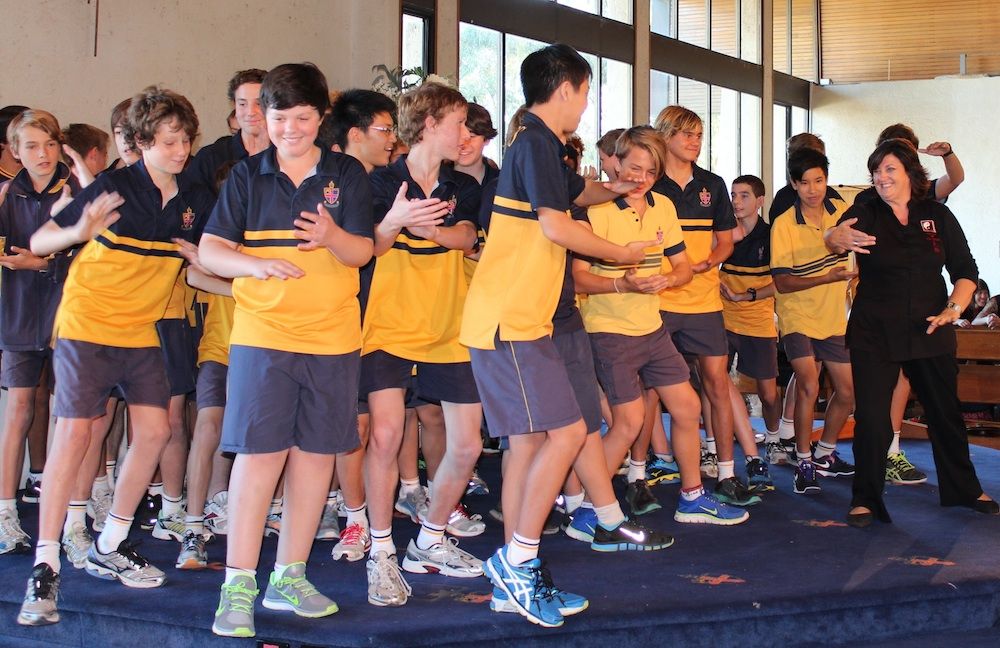 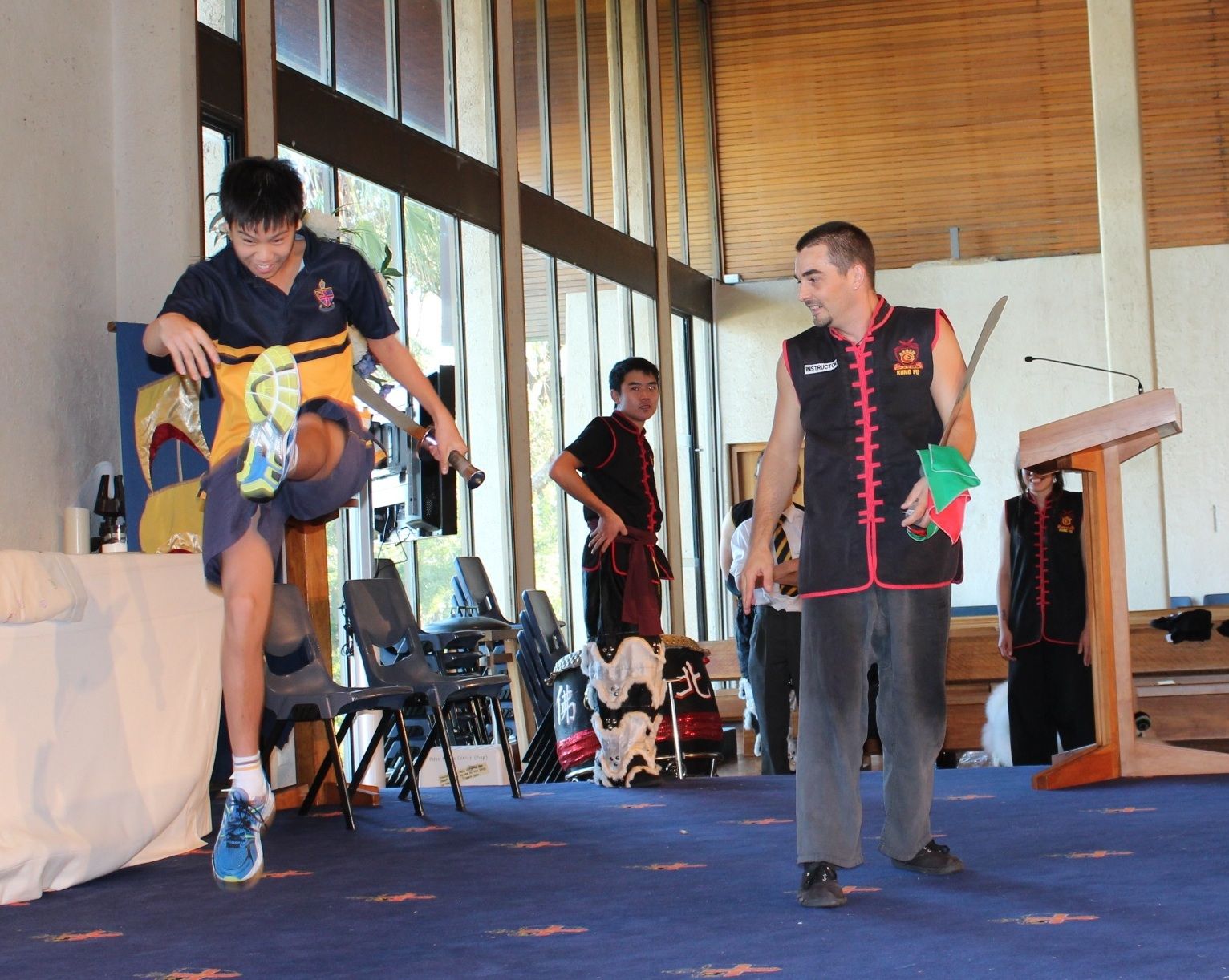 This year one of the highlights of Languages Week at Christ Church was ‘East-West Day’. The program for the day brought together a talented group of musicians, painters and martial artists to work with Year 9 boys to provide insights into the eastern cultures of China and Japan and the western cultures of France and Germany.

Head of Humanities David Proudlove said Australia’s engagement with Asia is one of the Australian Curriculum’s cross-curriculum priorities. “The day of experiences is about going far beyond the confines of normal classroom activities. Improved language skill is obviously very important, as is an appreciation of, and respect for ancient traditions and ceremonies,” he said.

The physically active components of the day were very popular with the boys, such as handling and brandishing Chinese swords and spears, and attempting to emulate the trained masters of kung fu, aikido and even the complexities of Chinese lion dancing.

In contrast, the western experiences leaned toward the arts. These experiences also held considerable appeal for the boys. Director of Music Kevin Gillam created a workshop exploring the history of tonality and German music, using the ‘cello and experimenting with conducting techniques. “The class was very well received, and the use of the ‘cello (including demonstration of range beyond human hearing) was possibly the most interesting aspect for the students,” Mr Gillam said.

At the end of the day, many of the special guests performed for the entire year level.
“Judging by the reception given to all the performers in the grand finale in the Chapel, every Year 9 boy enjoyed spending a day of immersion in fascinating, engaging, enlightening activities that left them eager to develop an ever-widening international perspective.” Mr Proudlove said.