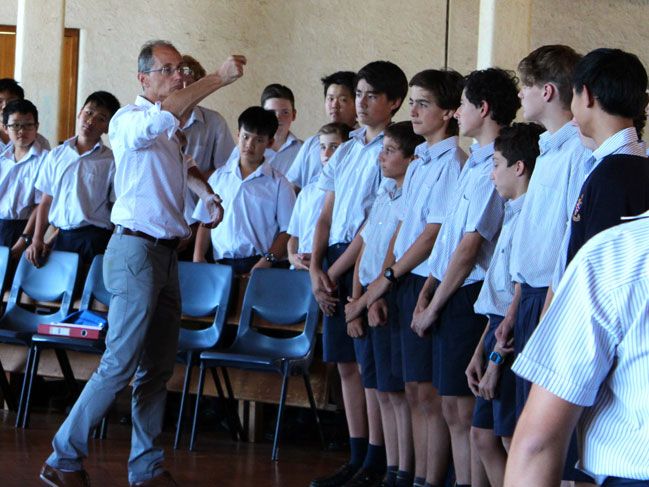 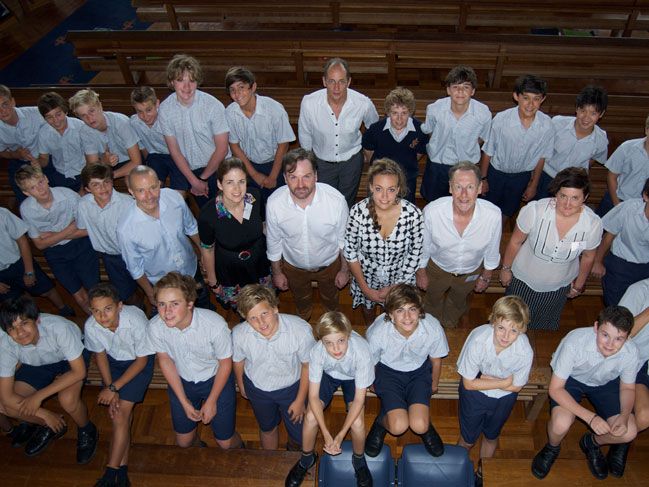 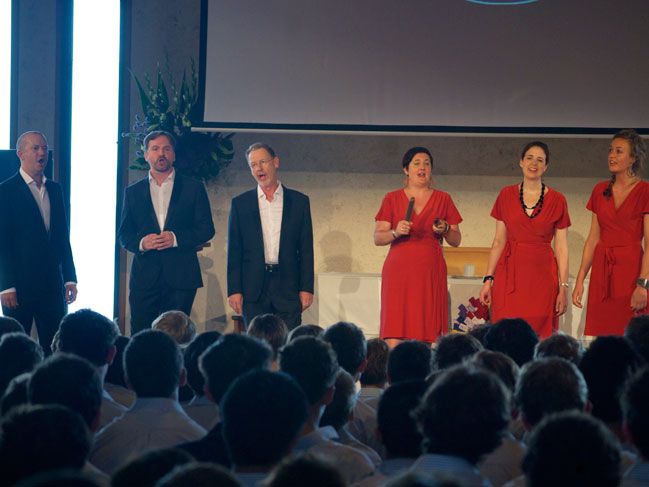 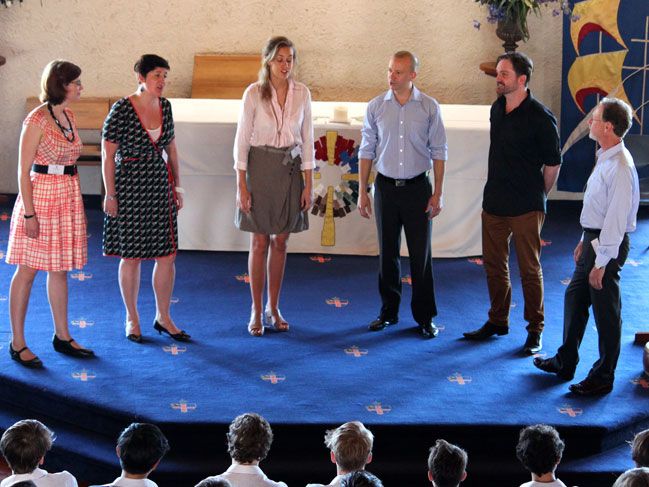 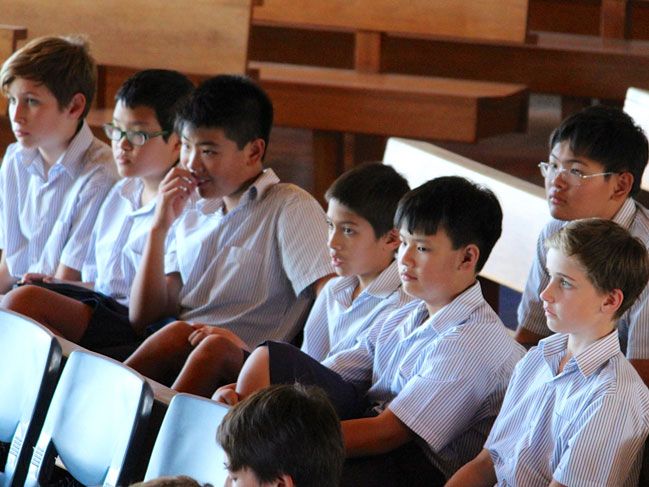 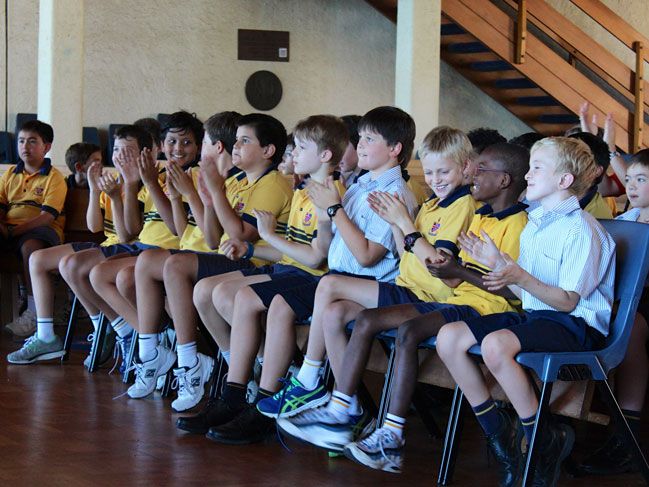 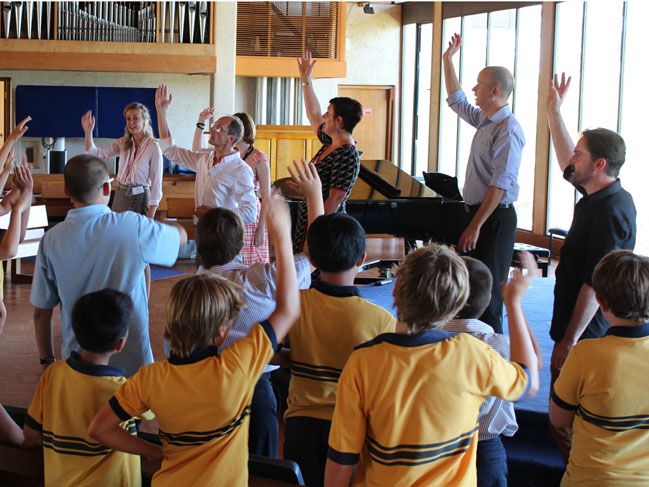 A leading Australian vocal ensemble Song Company visited Christ Church this week to run vocal workshops with Preparatory and Senior choirs and music classes. On Thursday, Senior School students and staff were also treated to a performance by the international a cappella group at assembly.

The two-day incursion with the New South Wales-based ensemble was part of the Music Department’s artist-in-residence program, which is funded by the Parents’ Association. Under the guidance of artistic director Roland Peelman, the six-voice group performed and led boys through its stylistically diverse repertoire including vocal music from the 10th century through to the present day.

Director of Music Kevin Gillam said a highlight included teaching the Combined CCGS/MLC Choir members how to sing vocal harmonics by altering the position of the larynx to imitate the sound of a didgeridoo. With the Years 7 and 8s, and Years 9 and 10 Music Extension boys, they sang a round involving Indian rhythmic patterns and text.

“The Song Company sang a variety of rounds with our boys, many involving hand and arm actions. They also engaged in some interesting question and answer sessions with discussions about the life of professional singers within Australia,” Mr Gillam said.

Song Company is performing one concert while in WA on Friday 14 March, 7.30pm, at All Saints College. To book tickets, click here.