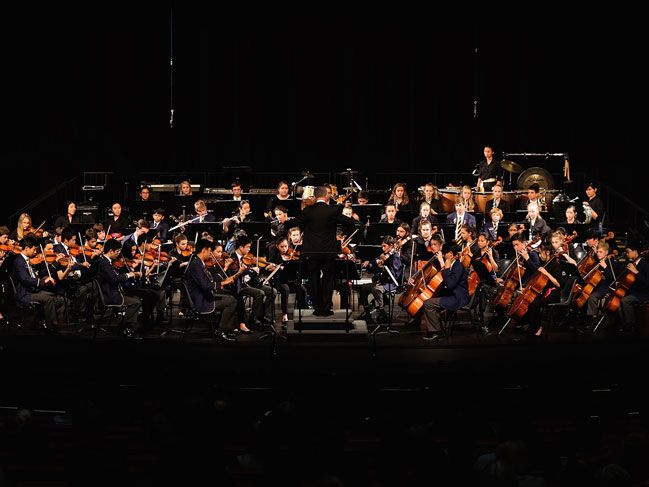 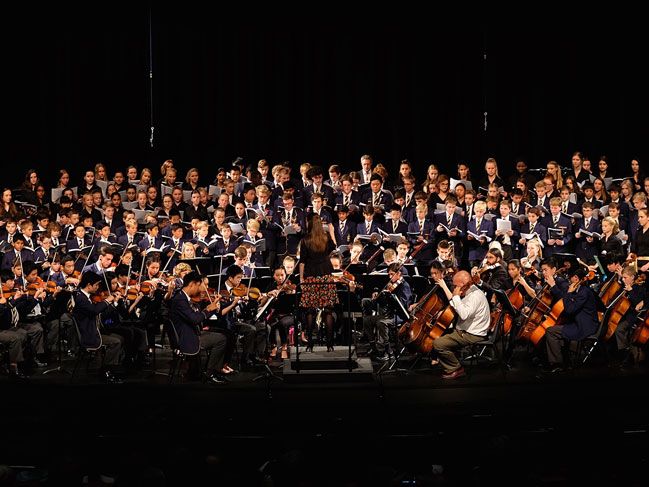 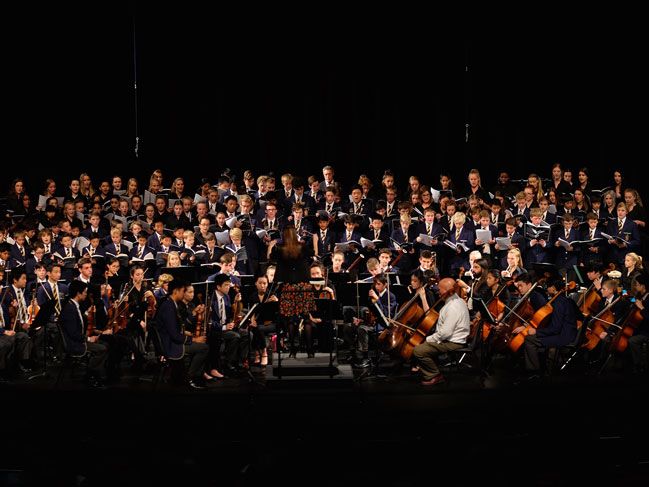 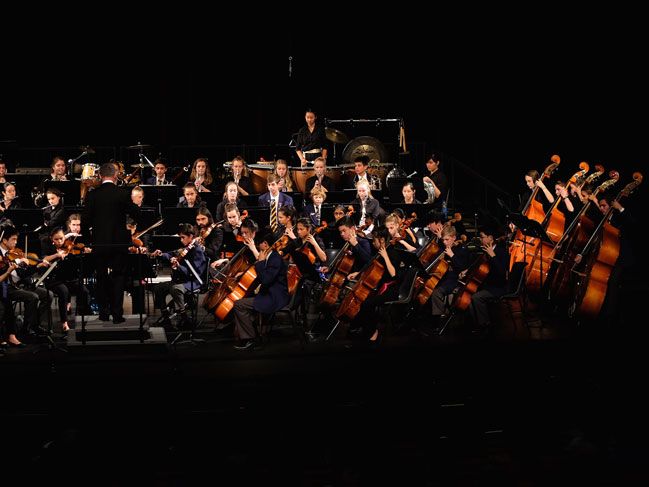 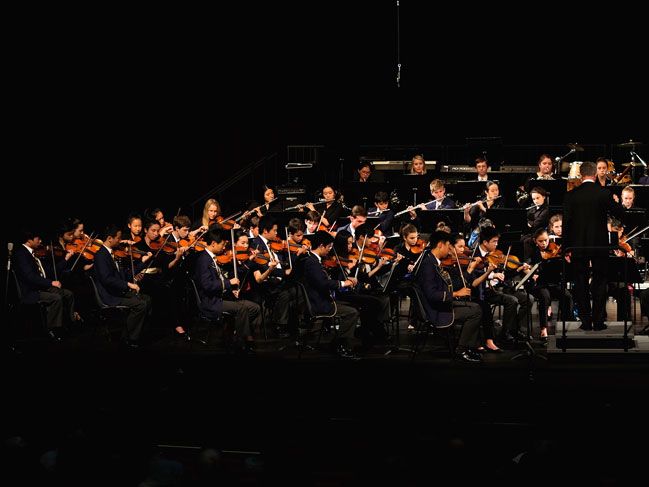 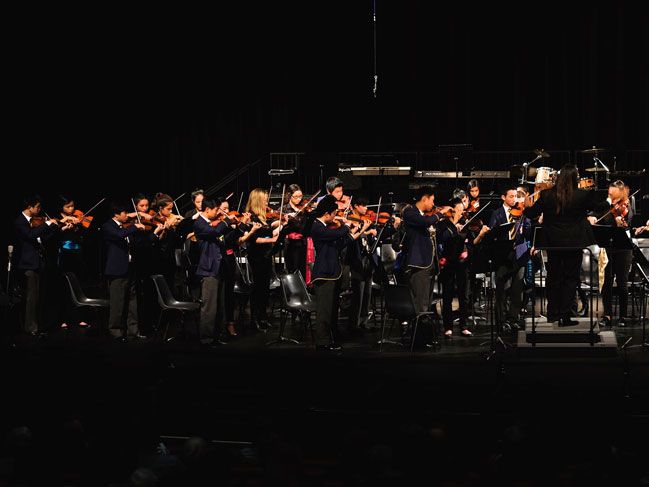 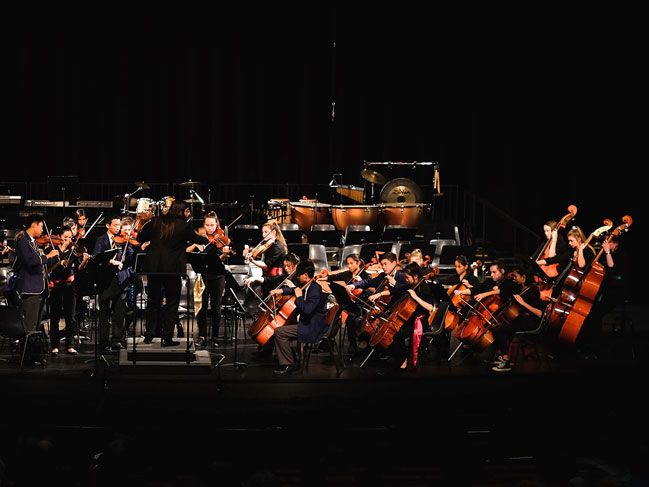 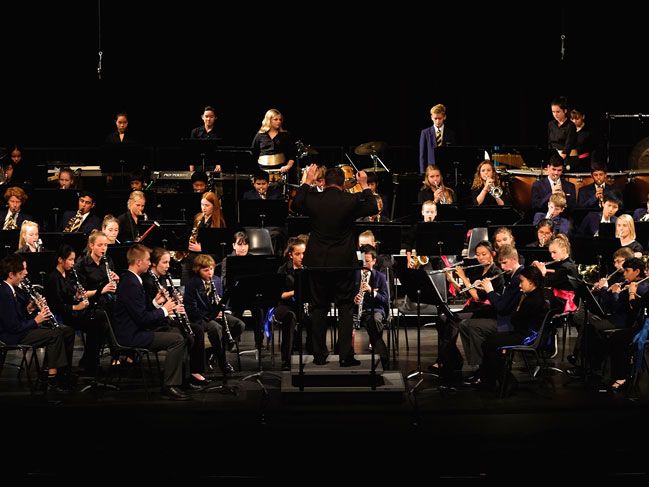 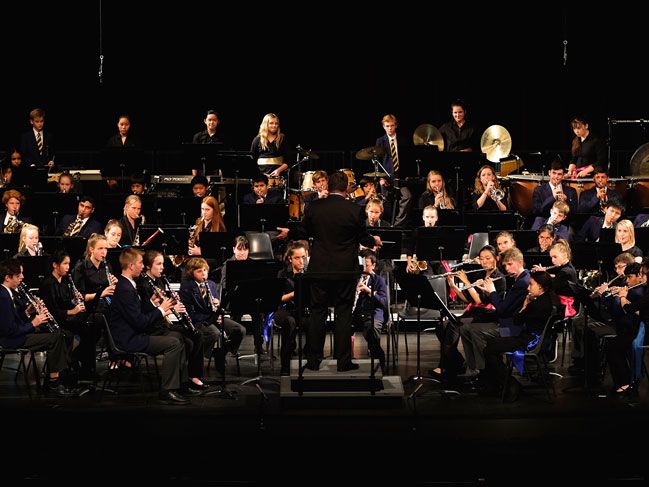 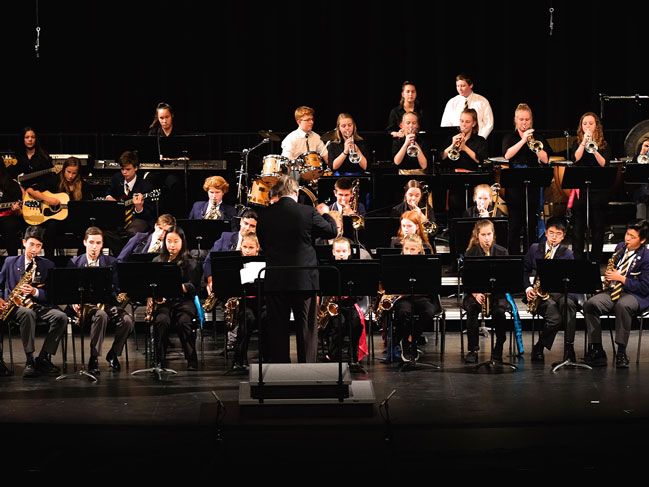 The annual Christ Church/St Hilda’s Combined Concert was held at the St Hilda’s Performing Arts Centre last Friday evening. With an audience of over 300 people, the event showcased the ensemble skills and solo musical talent of many of our boys.

The evening began with The Armed Man: A Mass for Peace, conducted by CCGS Music Teacher Rhiannon Taylor. The Combined Choir, Orchestra and Christ Church ‘Yahoos’ performed a selection of movements from this piece, from the reflective Kyrie to the rhythmically driven Sanctus. Rhiannon Taylor, Christopher Draber, Sarah Seaman and Stephanie Harford did an outstanding job of coaching the choirs.

A standout for the evening was the Combined Concert Band’s performance of Holst’s Mars, directed by Christopher Draber and Belinda Callaway. Its driving rhythms and sense of power had the audience captured.

To complete the evening, the Combined Jazz Band, with Tim Chapman and Paul Millard at the helm, gave the audience some wonderful new and classic pieces, including Take 5 and Vehicle.

The concert’s success is testament to the musical strength and collaborative energy of both Christ Church and St Hilda’s students and Music Departments.