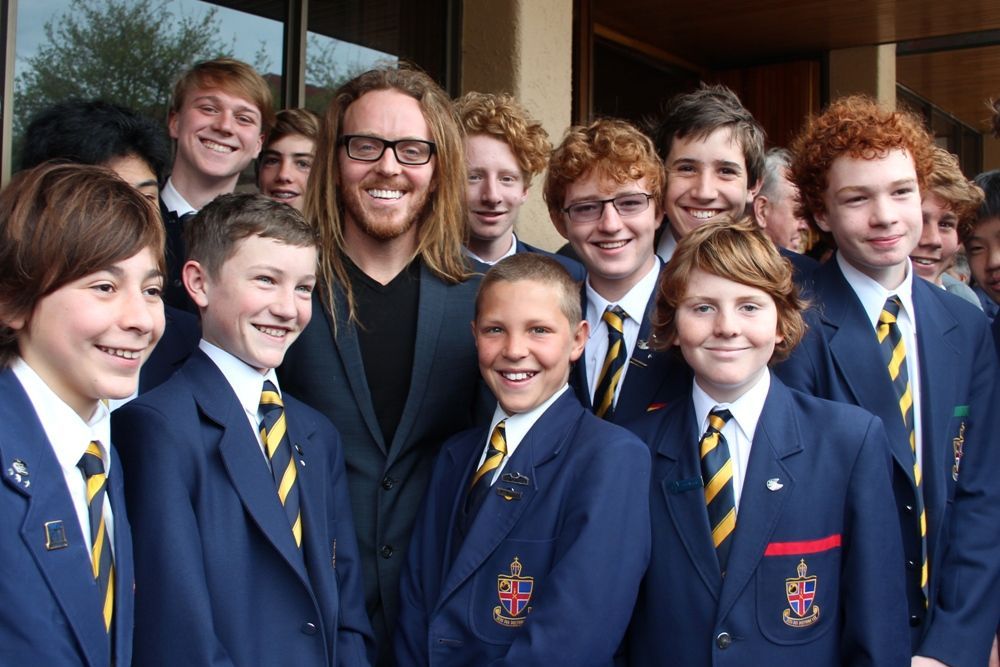 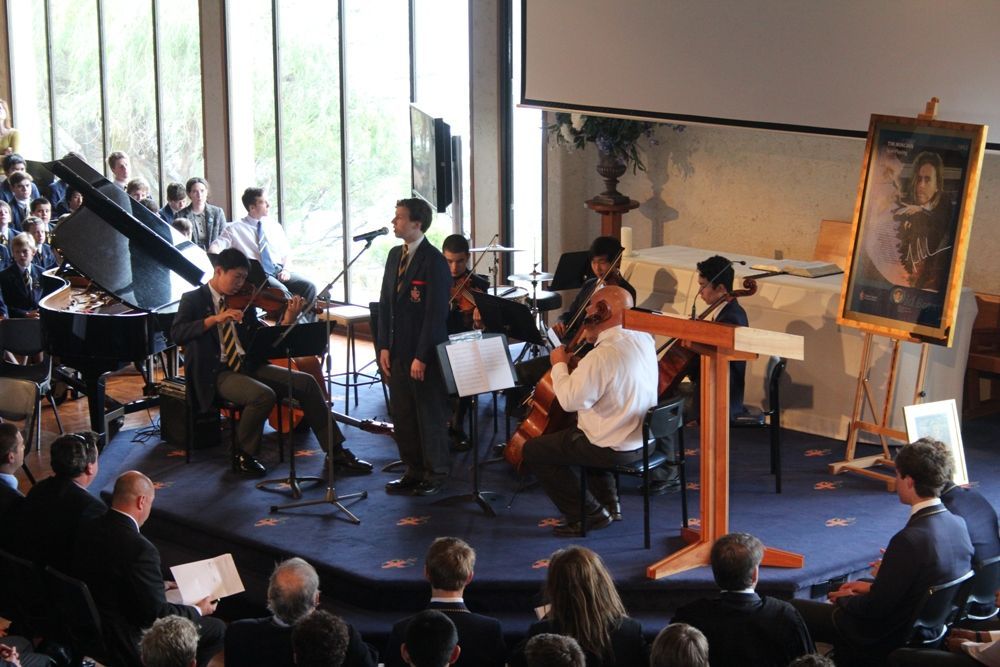 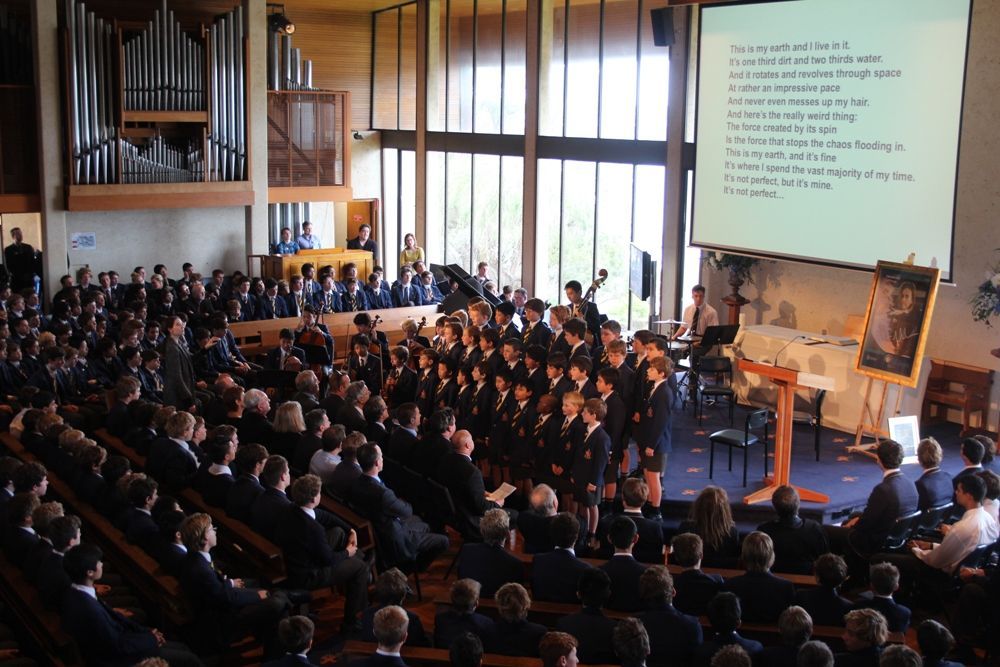 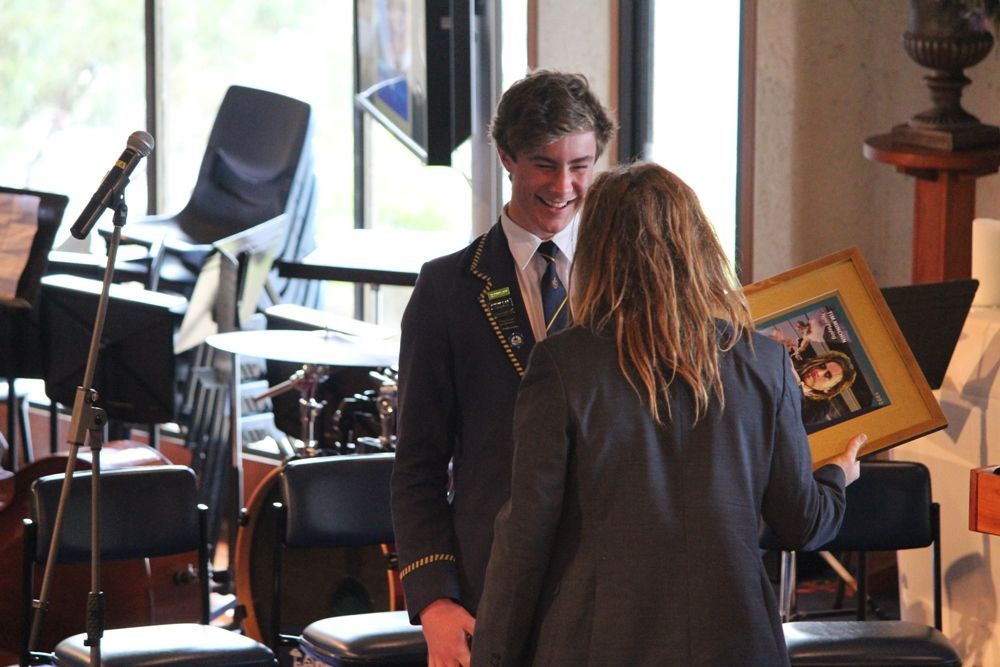 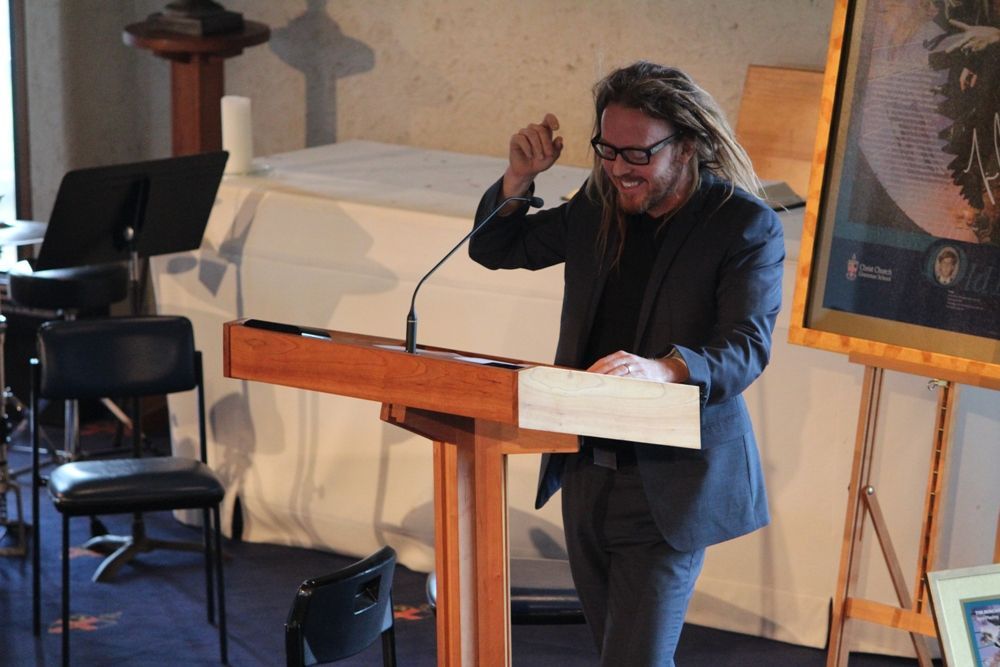 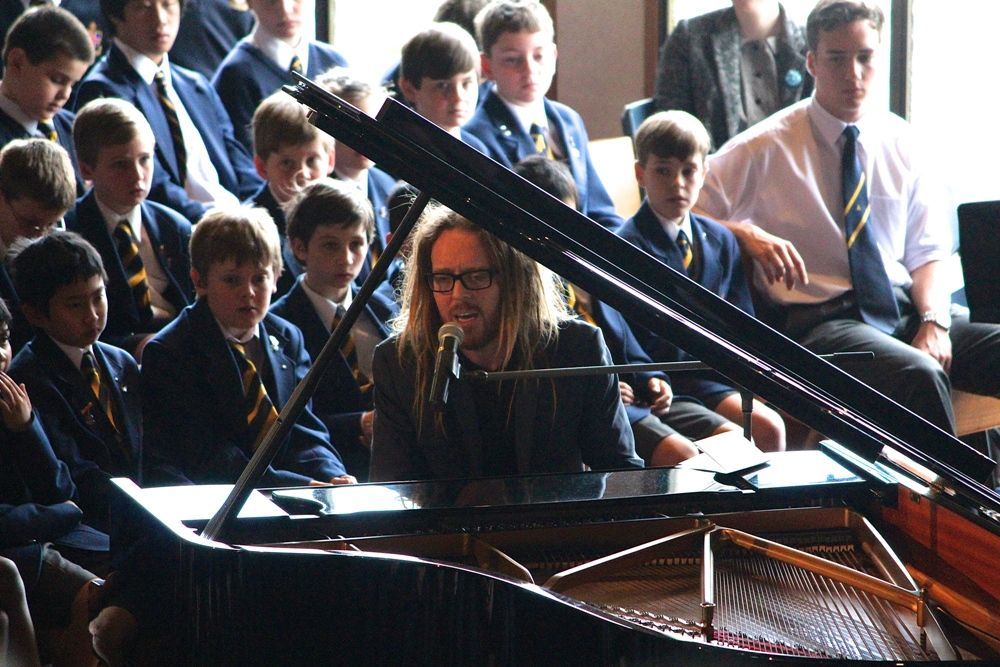 Global entertainer Tim Minchin (Class of 1992) was the guest of honour at a special Old Boys’ Association (OBA) assembly on Wednesday morning. Tim, who became the latest old boy ‘legend’ to be honoured in a large pictorial biography, spoke and played to a captivated audience.

OBA President Hamish Jolly (Class of 1983), who presented 12 legends’ biographies to the School last year on behalf of the OBA, said the aim of the project was to identify, honour and profile exceptional old boys, who stood out in their endeavour and demonstrated the values of courage, fortitude, service and creativity.

In his address to the predominantly Senior School audience, Tim said he had a lot of love for Christ Church. He said while at the time it was just school and arduous in many ways, it was an incredible place to start his education. “I hope you have something in the back of your head reminding you of that, even when it sucks,” Tim said.

Tim said he stood here a ‘legend’, mostly for standing up and saying things you are not meant to say. “All language has its place and to the extent I use words to shock. I also use them to illuminate, even – dare I say it – to educate,” he said.

He encouraged boys to rebel, not with their spleen, but by using their brains carefully and their education wisely. “Rebellion is not actually about skipping classes or disrespecting teachers. It’s about forming ideas that are not limited by convention. It’s about seeing that the world is complex, that you are the lucky ones, that you have the power to do whatever you want.”

Tim followed his address with an impromptu performance on piano of a new song from a forthcoming musical he is working on. Other musical performances included Prep School choir, the Yahoos, performing an adapted version of Tim’s song It’s Not Perfect and David Woods (Year 9) singing Aria, from Les Miserablés, with an ensemble.

The day prior, the University of Western Australia awarded Tim an honorary Doctor of Letters degree for his contribution to the arts. 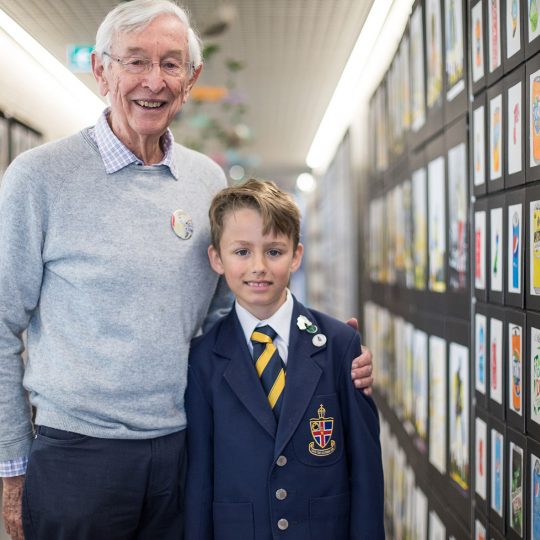 Dare to Dream – celebrating the Arts in Prep School In the final week of Term 3, the Preparatory School celebrated the Week of the Arts with a fabulous week of music, drama and visual art. read more 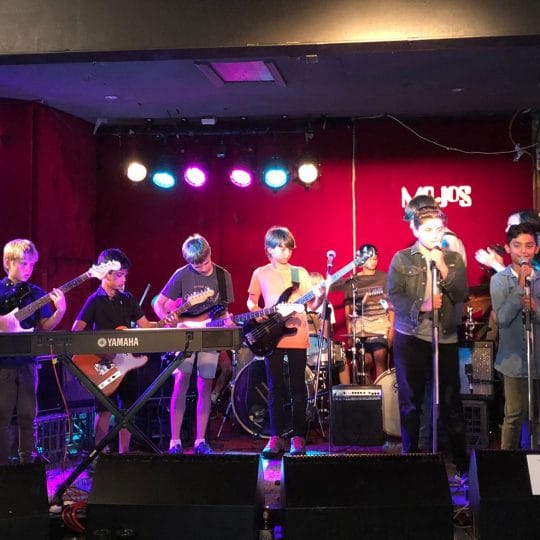 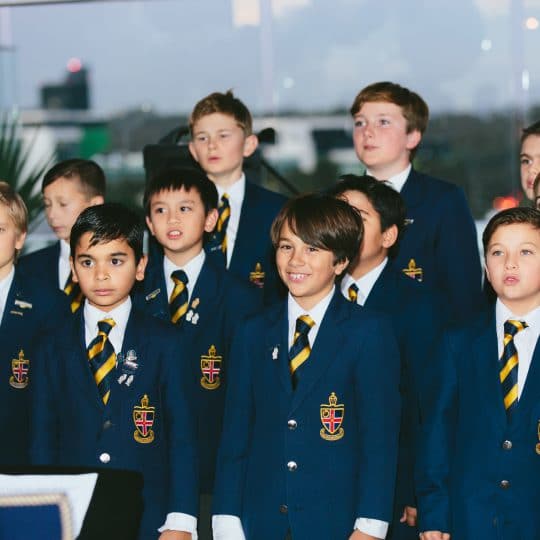