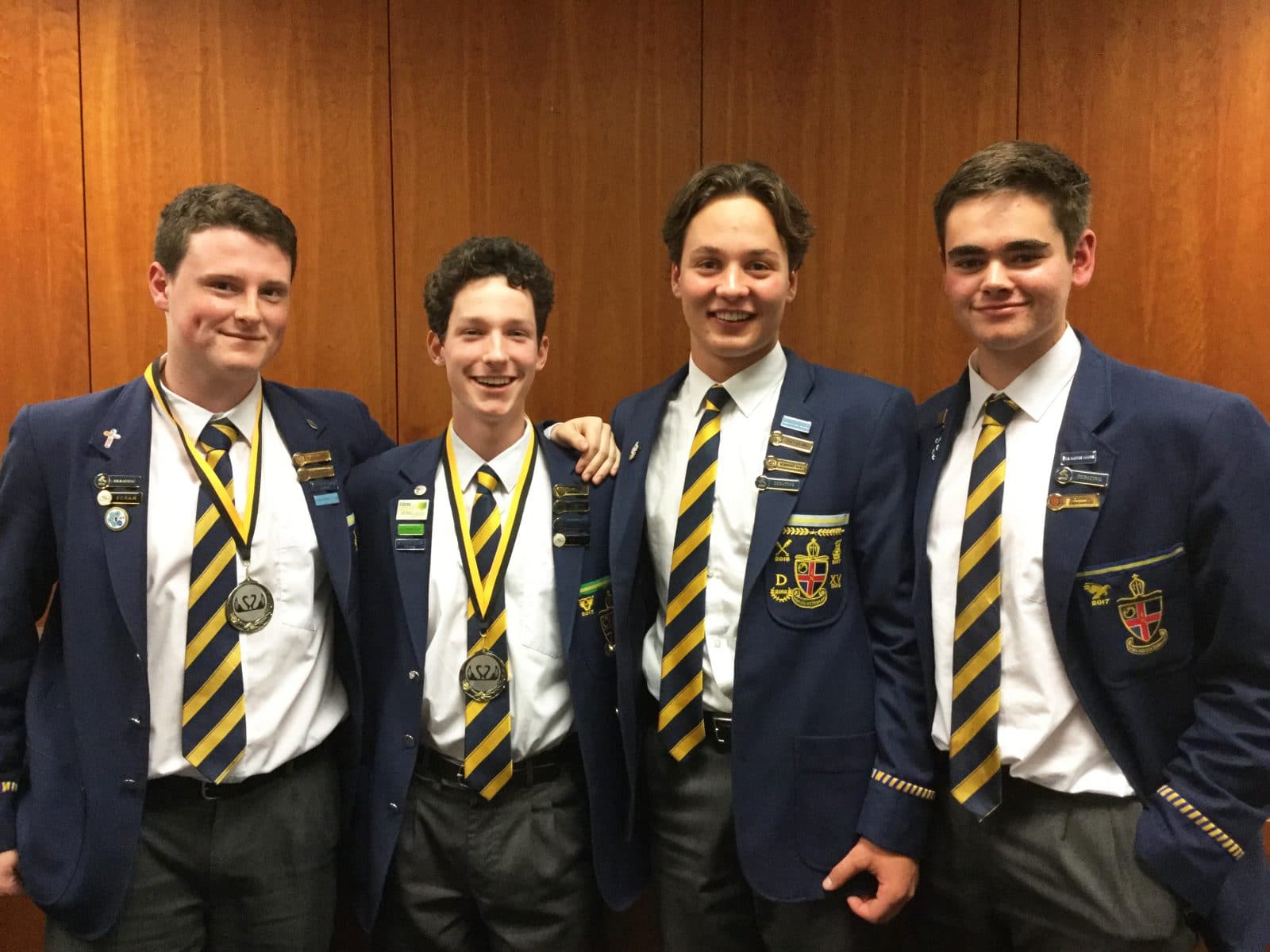 “It was a pleasure to watch our teams rise to the challenge as both sides presented strong cases, each adding their own theatrical flair, that’s typical of a Parliamentary debate,” said Debating Teacher, Ms Bec Cain.

“Congratulations to Patrick, David, Matthew and Josh on making it this far in the competition. BP Debating demands strong debating skills and they performed exceptionally well in the Grand Final.”

“Boys from Years 7 to 12 are provided information throughout the year and sign up based on personal interest. It is quite a different style of debating which proves to be valuable practice for Senior impromptu debates in WADL where students are given the topic one hour before a debate.”

“We have been greatly impressed with the boys’ commitment to Debating and furthering their skills. Our Year 9 participants, for example, are already very strong debaters and have shown much maturity. We look forward to following their debates in 2019.”

Any students who would like to participate in Debating and develop their public speaking skills are encouraged to sign up. Contact Clare Macfarlane for further details.