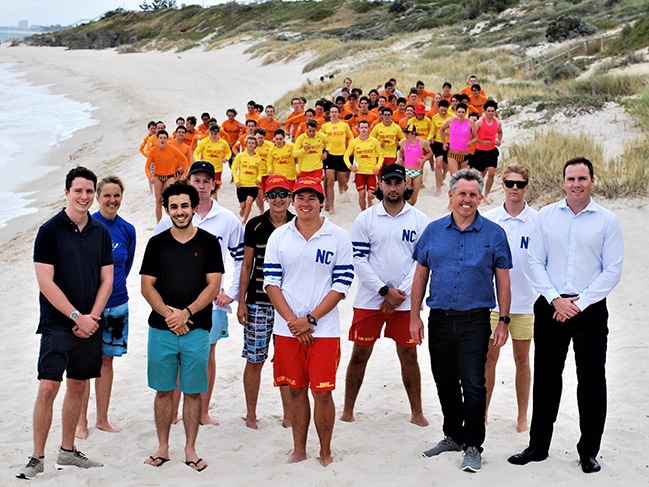 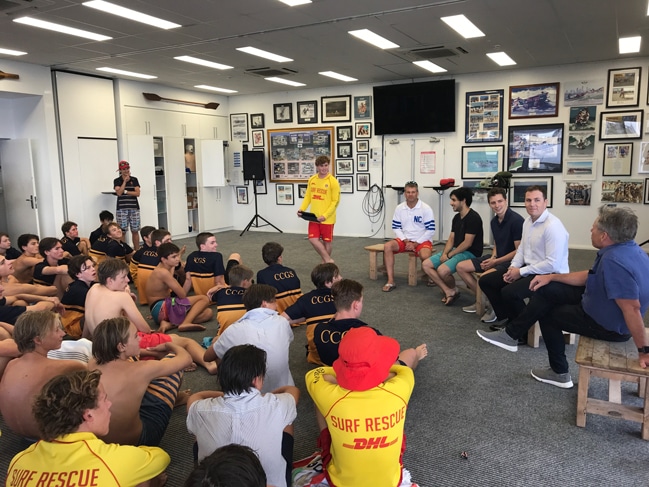 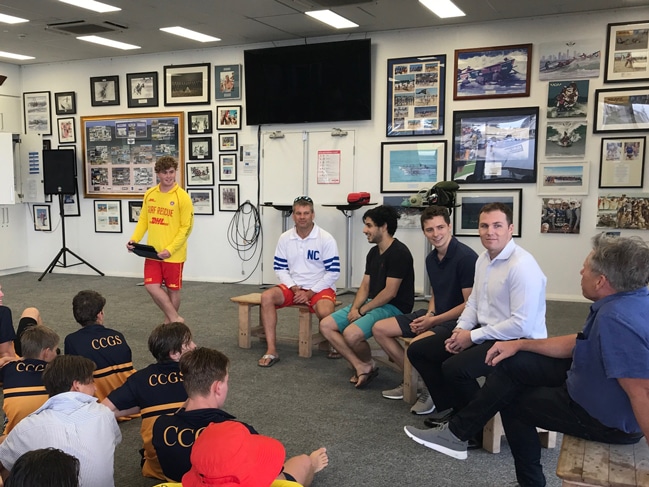 In 2002 Nick O’Halloran (’04) signed up to be a surf life saving cadet, joining the first ever group of students from Christ Church to enter the course under the direction of Teacher in Charge, Shane McGurk. Little did he know that 16 years later he would be applying those course skills to save the life of a fellow old boy.

It was during a recent patrol at North Cottesloe Surf Life Saving Club under the direction of Patrol Captain and old boy Tom Carmody (‘99) that they were alerted to a critical incident between the sands of North Cottesloe and Cottesloe Beach – a fellow old boy had collapsed as the result of a heart attack.

Thomas Jenkins (‘11) had collapsed while beach running with fellow old boy Parris Trahanas (‘11) and subsequently went into cardiac arrest. With the assistance of Domenic Cowdell (Chair of Education at NCSLSC) and other NCSLSC life savers, they rushed to assist Parris who had already called for an ambulance and was initiating his first responder sequence.

“The group gave Thomas oxygen and used a defibrillator in order to restart his inactive heart. Two more shocks were administered, but Thomas remained unresponsive. CPR continued to be administered until paramedics arrived and fortunately the defibrillator turned successful,” says Parris when describing the sequence of events to our current crop of 54 surf life saving cadets.

“After being in an induced coma for a number of days in hospital, and having a pacemaker inserted, Thomas is on his way to making a full recovery.”

“We were very appreciative to welcome Parris, Nick, Dom, Shane and even Thomas recently who joined the cadets to reflect on the entire rescue. In particular, Nick highlighted his journey as a former CCGS surf life saving cadet and pointed out that every rescue is not always sequenced quite as perfectly as the scenarios practiced,” said current Teacher in Charge of Surf Life Saving Cadets, Alli Gould.

“In 2002, former Principal Garth Wynne, whose entire family has strong ties to the surf life saving movement, recognised that Christ Church was looking to further develop its service focused activities. As a result, he was the driving force behind initiating Surf Life Saving Cadets to complement the existing Army Cadets and ENCOMM options as Year 10 Friday afternoon activities.”

“This year’s group of cadets are showing tremendous energy and enthusiasm and our long-term vision for Surf Life Saving Cadets is being realised through former students leading and instructing our cadet unit including Julian Ming, Aidan Squires, Oli Stockwell, Patrick Sewell, Zac Vinten and Josh Greenwood amongst others.”

“Their contribution to the community through sustained involvement with our local surf life has been significant.”

Click here to read more of this remarkable story as originally published in The Weekend West.