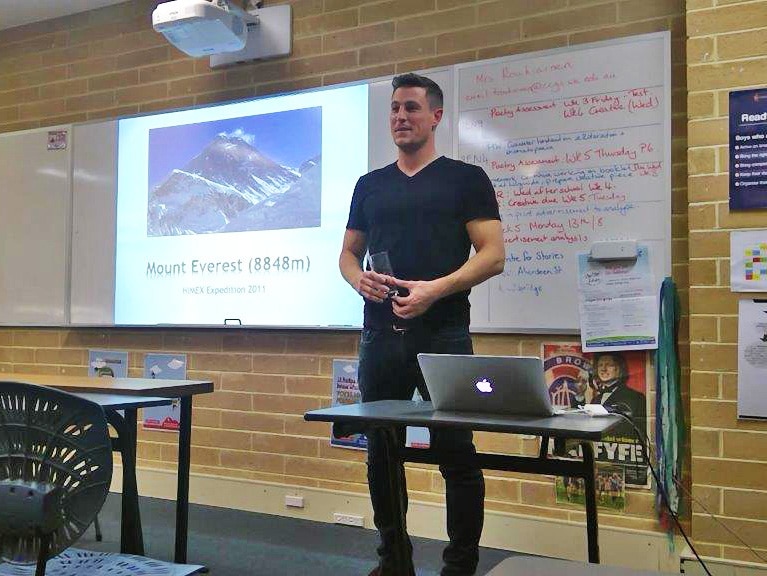 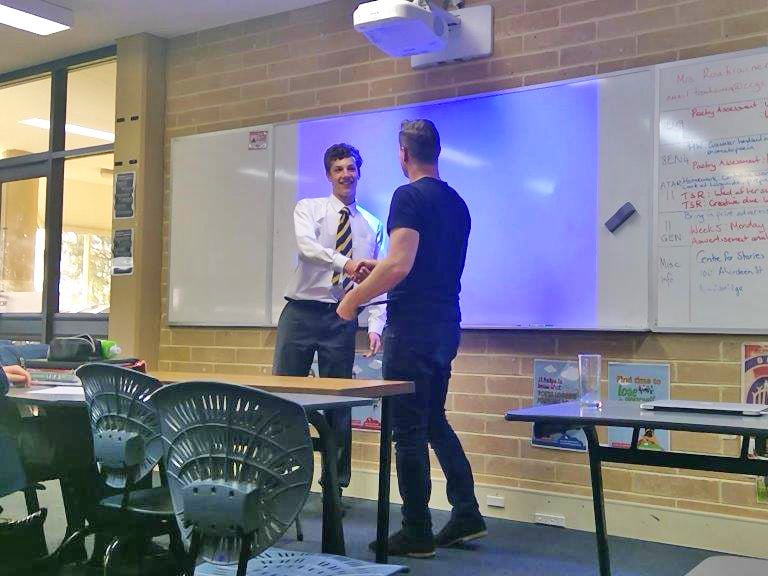 On the morning of 20 May 2011, Matthew Gabriele (’97) became the first ever old boy to summit Mr Everest at 8,848m altitude. Matthew recently returned to Christ Church imparting valuable advice and inspiring our Year 11 class with his remarkable adventure story.

“As part of the English course our Year 11 students are required to write a report based on an interesting guest speaker, and it’s a happy coincidence that Matthew had an impressive story and is an old boy,” says English Teacher, Tracey Rouhiainen.

“During the talk, Mathew highlighted that he was motivated to climb in his late 20s after hitting a low point with his career and personal health. He realised that he had to make some changes and was inspired from watching a popular television program about extreme adventures. His new-found passion for mountaineering followed with 18 months of full-time training, climbing mountains in the Rockies, the Andes, the Southern Alps and the Himalayas.”

“Matthew was asked by one of the students about what food he ate on the climb. He revealed that he ate two-minute noodles as they are light weight and high in calories. The students found this rather amusing!”

“For the Year 11s, there was certainly inspiration in the point that it is possible to overcome personal challenges by setting yourself a goal that is outside of your usual activities, and by working towards it with lots of support from people with skill and a passion for your interest.”

Matthew is among the School’s old boy legends, recognised for his excellence in a particular endeavour and whose life story serves as an inspiration to current and future students at Christ Church.