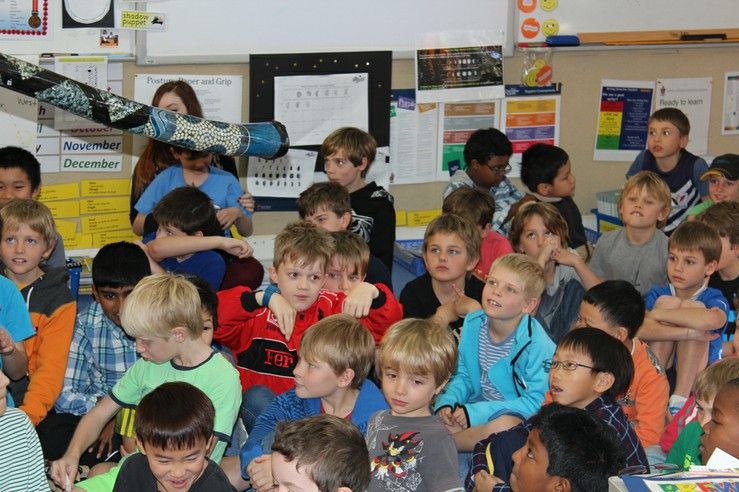 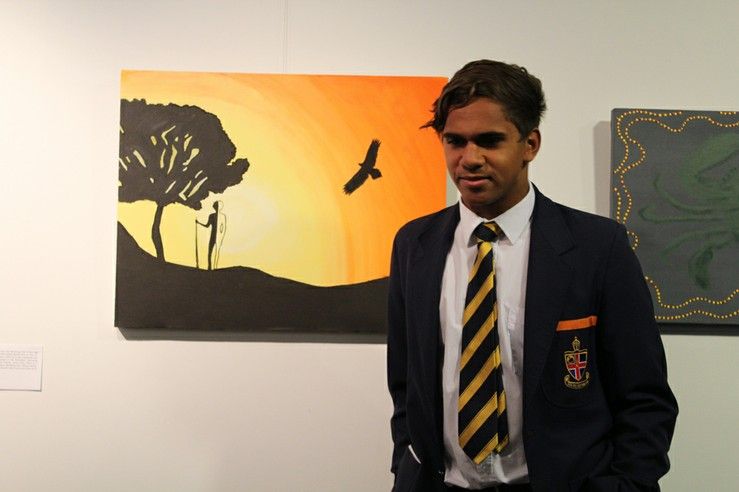 Chantal Hockey’s Year 3 class led the NAIDOC Week Assembly in the Preparatory School on Friday morning. Storytelling, didgeridoo and cultural incursions along with presentations of the Indigenous Student Art Exhibition works were also on offer.

Friday’s assembly began with a Welcome to Country and smoking ceremony performed by WA’s longest serving Aboriginal academic Simon Forrest and to the sounds of musician Andrew Beck on the didgeridoo.

The Year 3 boys’ presentation was a celebration and showcase of their history and geography inquiry into Australian indigenous cultures, particularly the Nyoongar culture, and the importance of the river and land that Christ Church was built on.

The boys performed a Dreamtime story about how the crow became black incorporating masks they had made during class. Mr Forrest had also played a part in 3CH’s preparations for the assembly when he visited the class earlier in the term to give boys a totem of various animals and explain their cultural significance.

On Tuesday, local indigenous artist Phil Walley-Stack returned to Christ Church to lead a series of incursions for Pre-Primary to Year 3 boys. Phil, who shares his knowledge of culture and tradition in an accessible and fun way, told Dreamtime stories and played the didgeridoo.

On Wednesday, Deadly Award-winning performer Karla Hart spoke to Years 4 to 6 boys. Karla, who has also visited Christ Church before, gave the boys a first-look at her documentary Magic Quandong, which screens on ABC television next week. The boys and staff were most impressed with the short film and of the insight Karla shared into her family and her connection to country.

On Wednesday and Thursday mornings, the School’s 16 indigenous students led Prep School boys through their original paintings in the Old Boys’ Gallery. The senior students talked to the boys about their paintings and of the animals and symbolism used. The young, captive audience asked questions about dot painting, catching trevally and hunting mud crabs.

The exhibition is on until Friday 9 August. 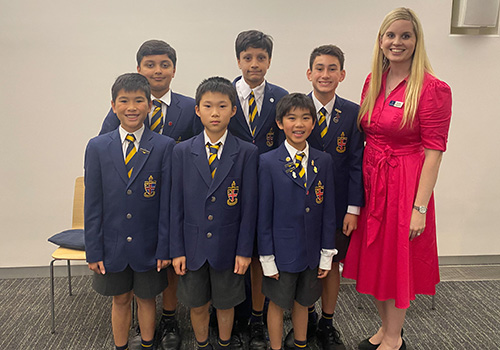 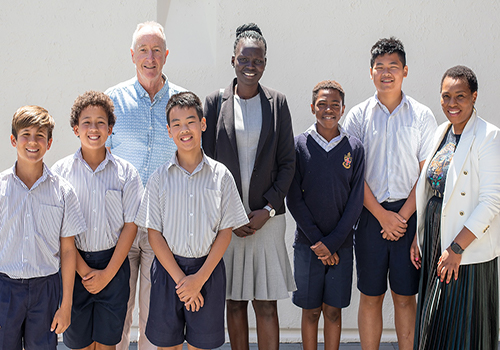 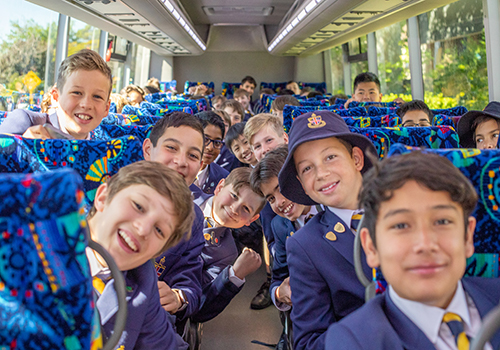