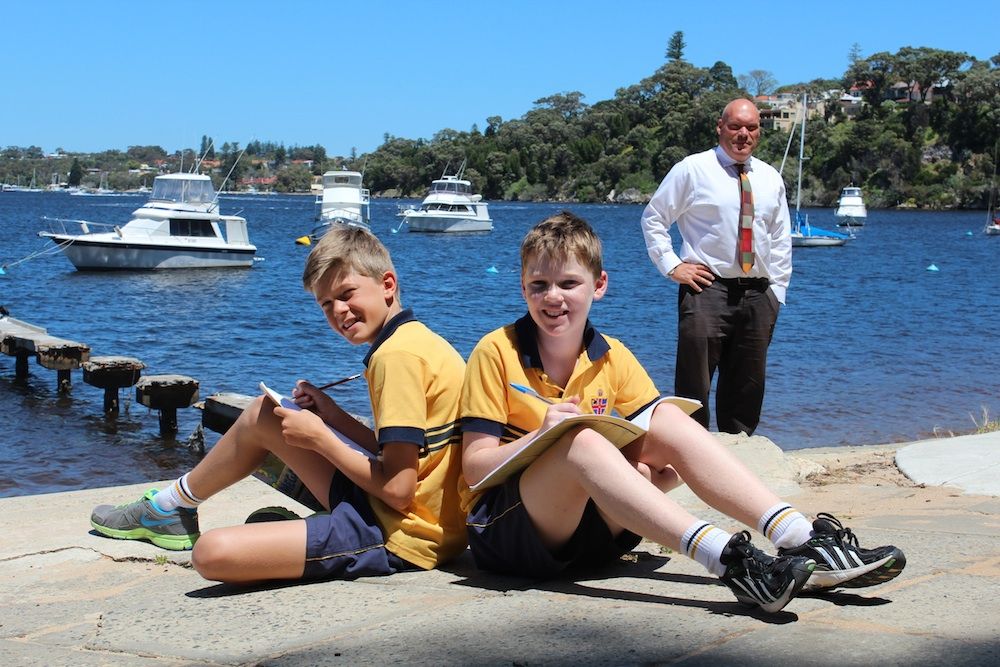 Aspiring poets from Year 6 drew on the Swan River as their muse while others received some insight from Director of Music and published poet Kevin Gillam recently. The lessons in poetry writing proved inspiring for many boys.

Year 6 teacher Lee Geelhoed said the boys had learnt about the Swan Canning River system as part of an integrated unit on aspects of geography, history, biology and ecology. “As part of our unit of work, boys were able to go down to the river and take notes on all five senses. They then used these notes to create a class list of interesting words to use in their poetry,” Mrs Geelhoed said.

The boys learnt about different types of figurative language and how they could use these to add greater detail and interest in their writing. Mrs Geelhoed said the boys were asked to write a detailed poem about the Swan River that included at least three stanzas. “The result was some really amazing poetry by the boys,” she said.

In Jane London’s class, Mr Gillam took two lessons of consisting of four poetry exercises. He also read some of his own poems o the boys, discussed their subject matter and the techniques used. “The idea behind the writing exercises was that any writer needs to work into some sort of structure of rules but the first experiences with the topic should be free and not concerned with a finished product,” Mr Gillam said.

In one exercise, boys were asked to write a poem starting with the line, “So I sit at the front of the boat…” using only one-syllable words and no full stops. “This exercise makes people write into a new or immediate syntax with limited word choice resulting in very playful and/or deep poems,” he said.

Another was to make a list of all words associated with football, including sounds, smells and touch, and working the best images into make a collage poem.

He said the boys took to all the topics with real relish. “I was amazed with both their diction choice and intellectual pursuits. We also made sure that they read aloud to each other, which is very important in the editing part of poetry writing,” Mr Gillam said.

To read some examples of the Year 6 poetry, click on the names under the image above. 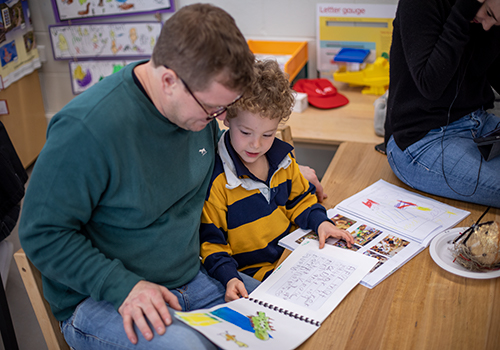 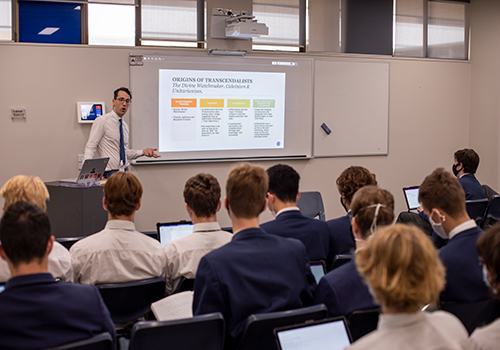