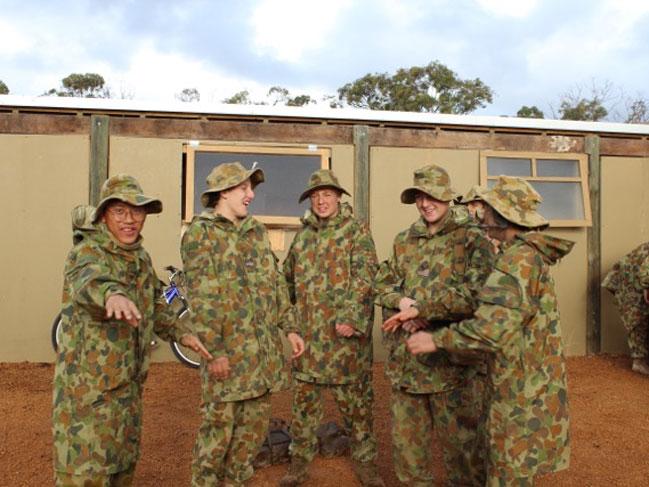 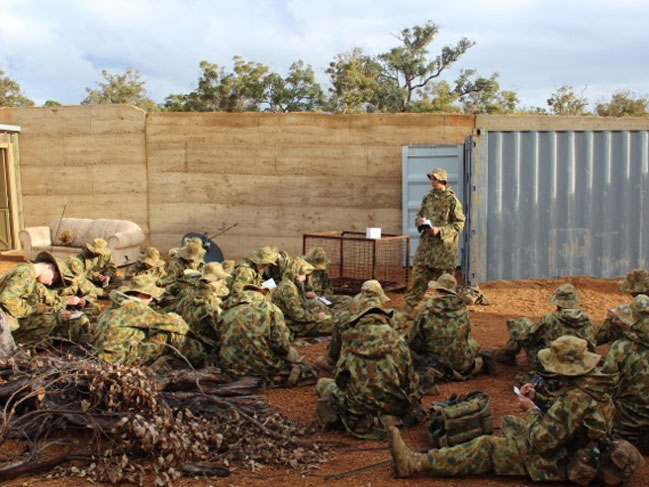 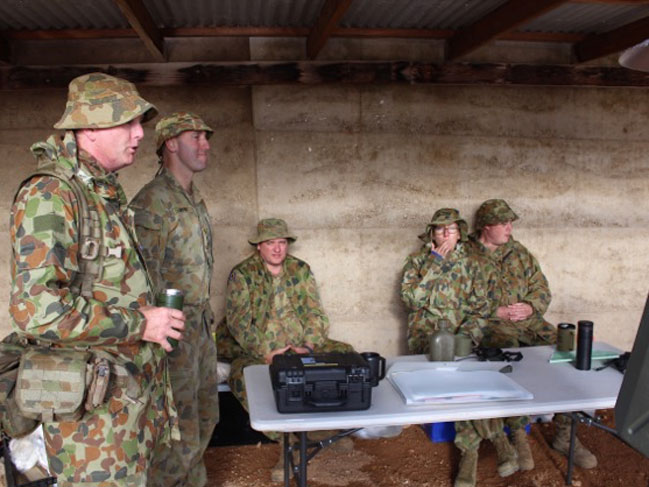 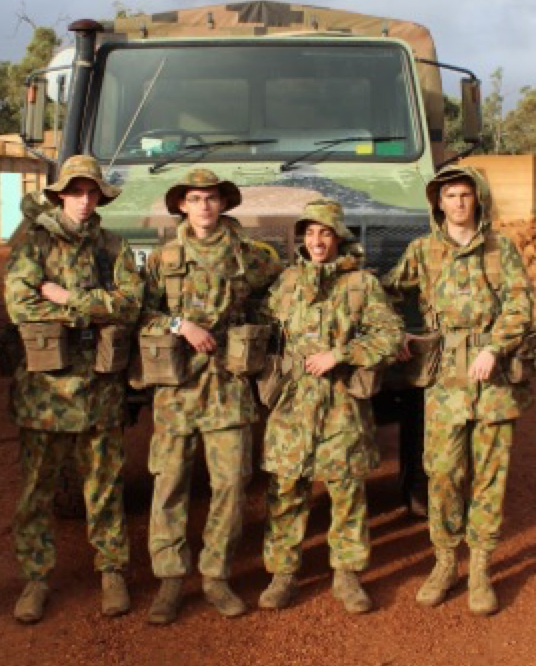 Our Army Cadet Unit were deployed to Bindoon Training Area over the recent weekend for their Term 2 field exercise. The focus of this field exercise was for the senior leadership group to plan, deliver orders and execute a number of tasks in a tactical manner. The cadets arrived at the training area and executed a cordon and search of a village, both were successfully conducted. Seven Unimogs from 13 Combat Service Support Battalion then lifted the cadets to another village where they bedded down for the evening.

On day two, the cadets were involved in role playing, simulating a ‘pattern of life’ in a village while the infantry company searched the area. The support was appreciated by the Army and the boys contributed to the activity in a safe and sensible manner, enhancing the realism of training for the soldiers who were quite surprised that the village was in fact populated.

Following the Army’s departure from the training area, the cadets conducted casualty evacuations, communications and first aid training to prepare them for a search and rescue task. This involved navigating to and searching a location, rendering first aid to casualties and coordinating their evacuation by vehicle through radio. This was accomplished during last light as the platoons navigated back to the area surrounding the village, remaining undetected to commence the night activity. This consisted of utilising fieldcraft to remain undetected, with movement being made difficult by a searchlight and roving guards. The objective here was for each platoon to throw a glow stick with their corresponding colour into a compound, with the most glow sticks of a particular colour determining the winning platoon. Three platoons were successful on the day.

On day three, the cadets headed to Wanneroo to participate in paint balling. This was another opportunity for the boys to demonstrate their leadership and fieldcraft skills, putting their guile to the test. As the day progressed, the importance of teamwork and communication were reinforced to achieve outlined objectives.

Cadet Under Officer Thomas Hage said “On their first real cadet exercise the boys embraced the tactical conditions placed on them and excelled in displaying their newly acquired skills which they had learnt over the past term. The cadets were in high spirits despite poor weather.”

Cadet participant Ahren Den Ouden said “I really enjoyed the camp. It was full of new experiences and it really strengthened friendships. My favourite part was the joint exercise with 13 Brigade – it was a very memorable experience.”

“The field exercise provided many opportunities with a good time had by all participants, including close up exposure of army capabilities for the cadets”, commented Co-ordinator of Army Cadets, Captain Duane Nurse who planned the weekend.

After an extremely busy two months, our Army Cadet Unit now undergo training in military history, drill, navigation and preparation of junior leaders for the Senior Non-Commissioned Officers’ course being held during the next school holidays.