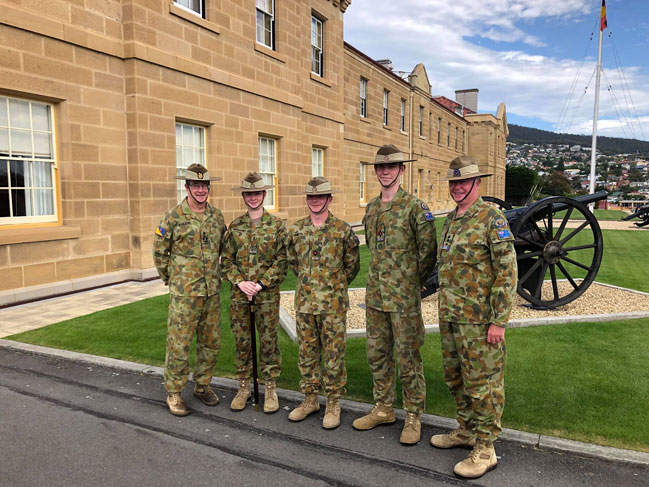 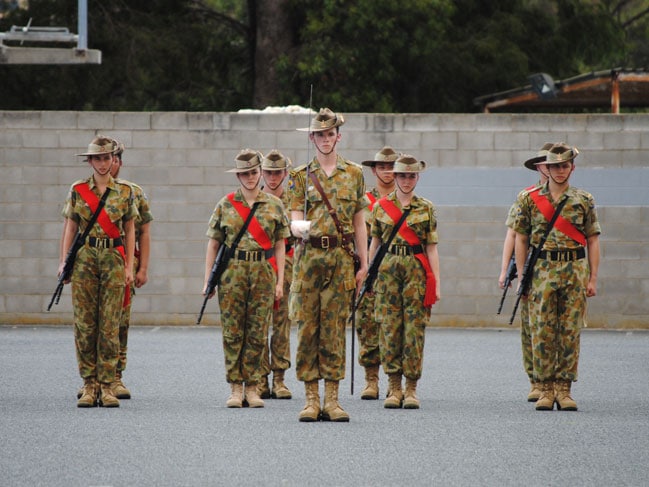 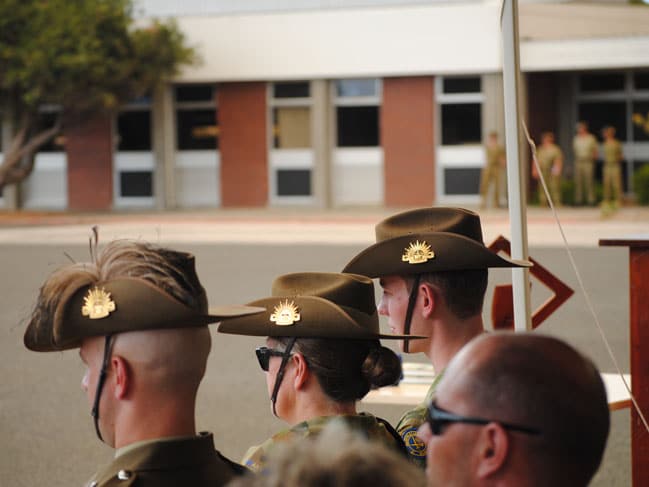 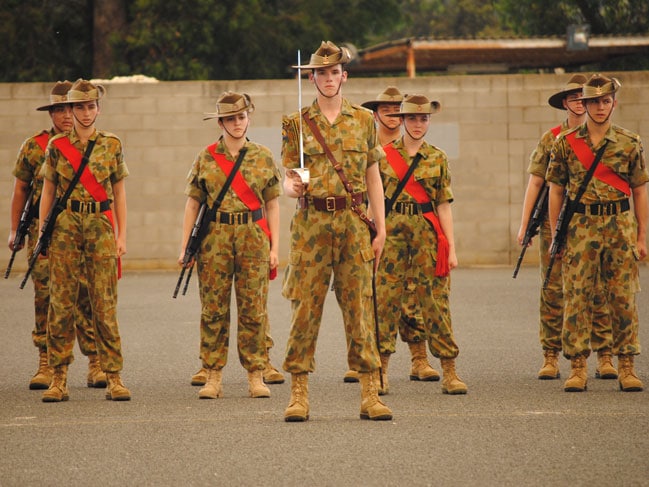 Between 6 to 14 January, Christ Church Grammar School Army Cadets attended the Cadet Under Officer and Warrant Officer courses held at Leeuwin Barracks and Bindoon Training Area, where Cadet Sergeants (CDTSGT) Zhou, Rocchi, McQuillan and Maloney qualified as platoon commanders by completing the CUO course, and CDTSGT Kay attended the WO course to fulfil the role of Company Sergeant Major.

At Leeuwin Barracks, the cadets were trained to lead and administer up to 25 cadets in barracks and in the field, working long days with cadets from around the state. There, instruction was given on lesson delivery, assessment, orders, service knowledge, drill, ceremonial conduct and counselling techniques.

Included during the three-day field phase at Bindoon Training Area was testing of leadership, field craft, teamwork and decision making, and pressure.

“All of our cadets acquitted themselves exceptionally well, particularly during the field phase under arduous conditions. They really integrated with the other course candidates and did the unit proud. The staff look forward to working with these cadets as the senior leadership group for the 2018 training year,” says CAPT Conrad Scott, Senior Instructor of the recent CUO course. Christ Church old boy CUO Thomas Hage also provided support by delivering instructions during the course.

On the final Sunday, the march out parade took place and was joined by families and friends including Brigadier Michael Ashleigh, Commander of Army Cadets, based out of Canberra. Aside from addressing the parade, Brigadier Michael Ashleigh promoted old boy Samuel Elias to the ranking of National Cadet Under Officer, making him the most senior cadet in the nation. This role will see him liaise directly with National Headquarters and fulfil a number of duties around the country.

“This year is shaping up to be a good year for the Army Cadet Unit, with a very capable group of Year 12s, our largest cohort of Year 11s for quite some time and many Year 10 recruits commencing. Furthermore, the Army Cadet Unit looks forward to working with St Hilda’s Anglican School Cadet Unit, who commence their inaugural training year in 2018,” says Major Duane Nurse, Co-ordinator of Army Cadets.