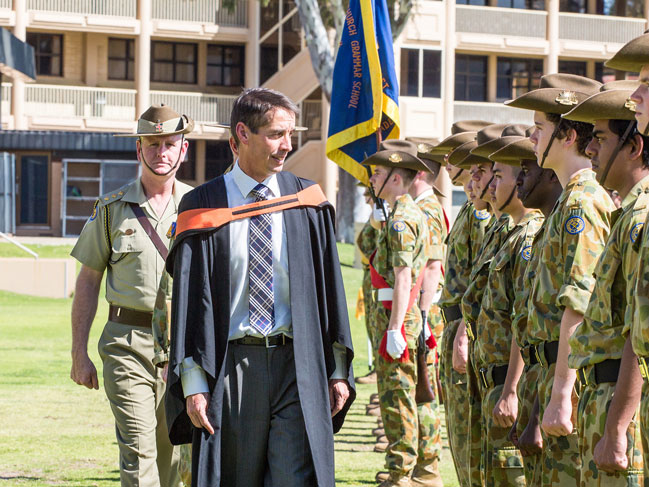 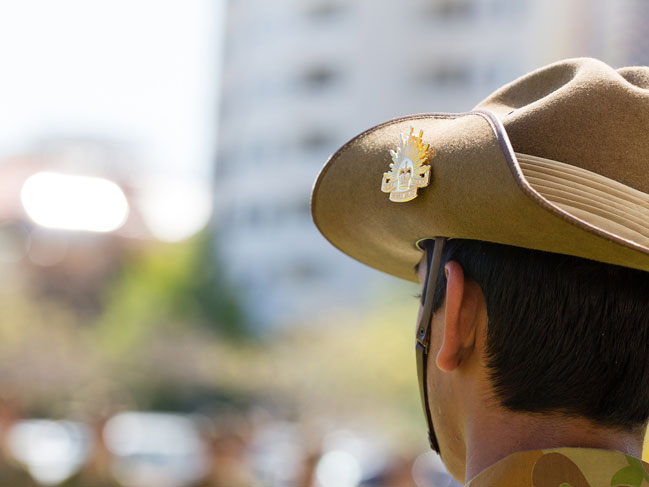 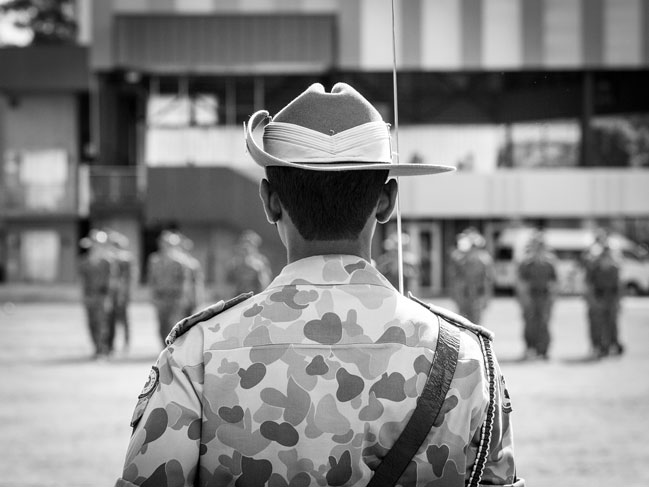 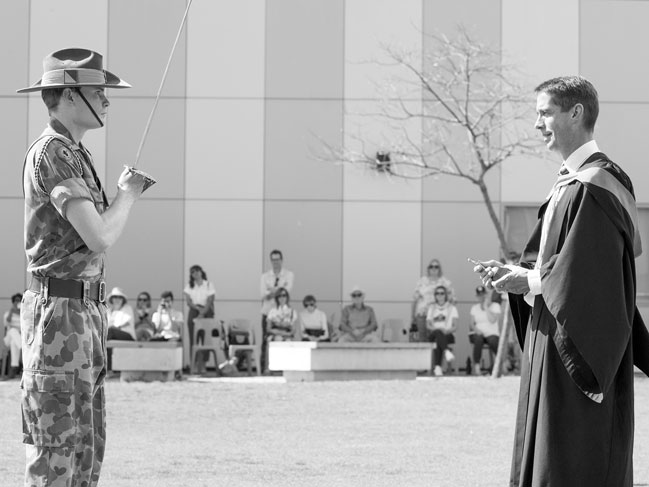 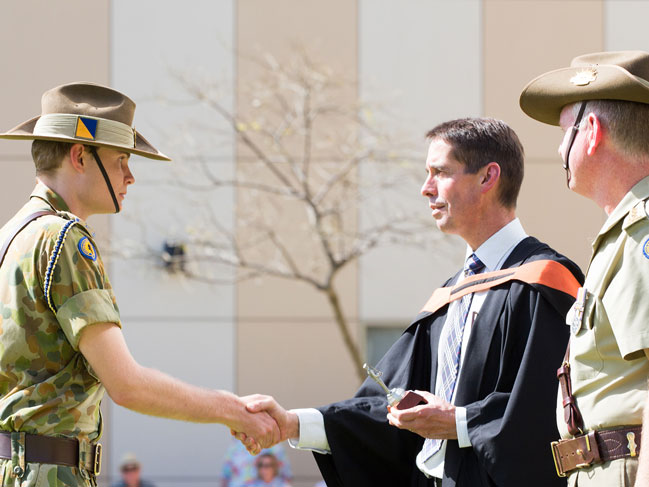 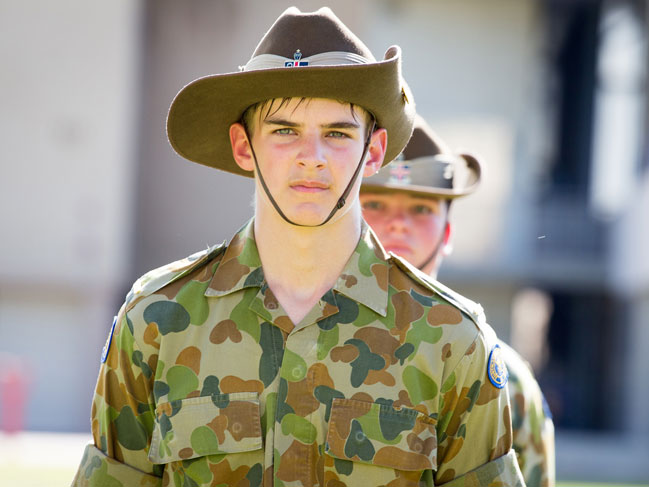 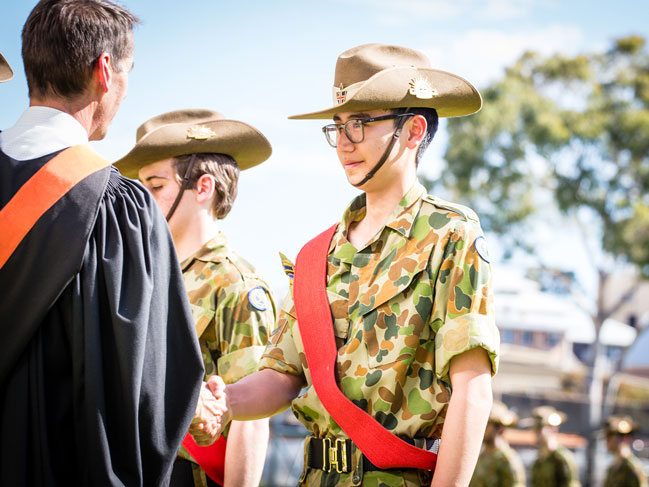 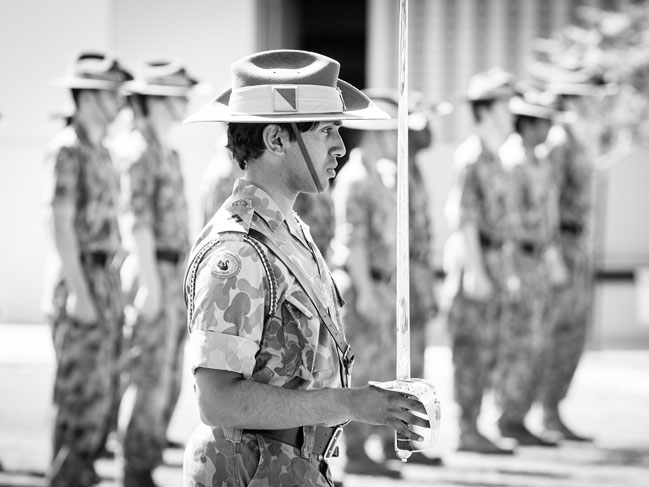 Over 70 of our cadets proudly marched in the Principal’s Parade held last Friday on the Senior School oval, celebrating what has been a year filled with individual and collective achievement. The fine occasion was attended by members of the school community, old boys, and special guest from Canberra, Brigadier Michael Ashleigh, Commander of Australian Army Cadets.

Boys from Years 10 to 12 took part in the parade and were supported by the WA-AAC Brigade Pipe and Drums Band as they conducted themselves in formal fashion. Principal Alan Jones observed the cadets as Inspecting Officer throughout the parade, a tradition which has been followed for the past 81 years at Christ Church.

“As the senior leadership group, we were in charge of commanding this year’s parade, a privilege that was both extremely enjoyable and rewarding,” said Unit Adjutant CUO (Cadet Under Officer) Lumina Gajanayake (Year 12).

“The Principal’s Parade marked the end of our three year service to the School. The day began with a physical training (PT) session with the National Commander, Brigadier Michael Ashleigh. Despite the afternoon heat, the boys managed to persevere and a great display of CCGSCUs discipline and drill unfolded. I was very proud of the way in which the boys carried themselves throughout the afternoon which is a testament to the high level of training and mentorship they receive from the Officer Commanding (OC) CAPT(AAC) Conrad Scott, the Co-ordinator of Army Cadets (COAC) CAPT Duane Nurse and the Regimental Sergeant Major (RSM) WO1 Mick O’Sullivan OAM MM,” said CSM (Company Sergeant Major) Luke Wheatland (Year 12).

The day concluded with the annual Regimental Dining-In Night in Sandover Dining Hall where CUO Thomas Hage was presented the ‘Long Tan Youth Leadership and Teamwork Award’ by Brigadier Ashleigh.

A video clip from the parade can be enjoyed below.