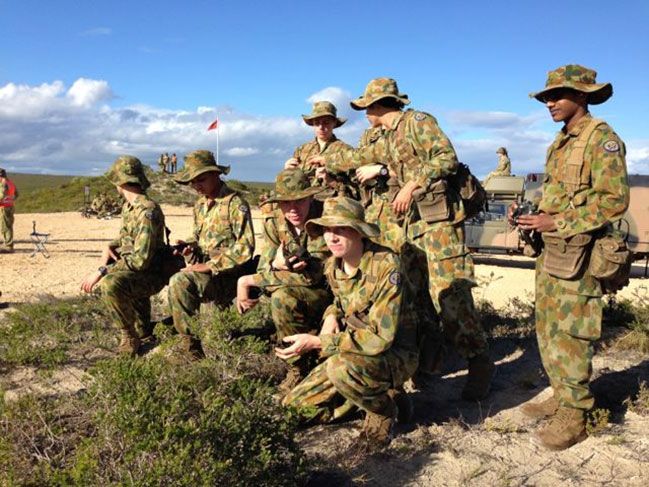 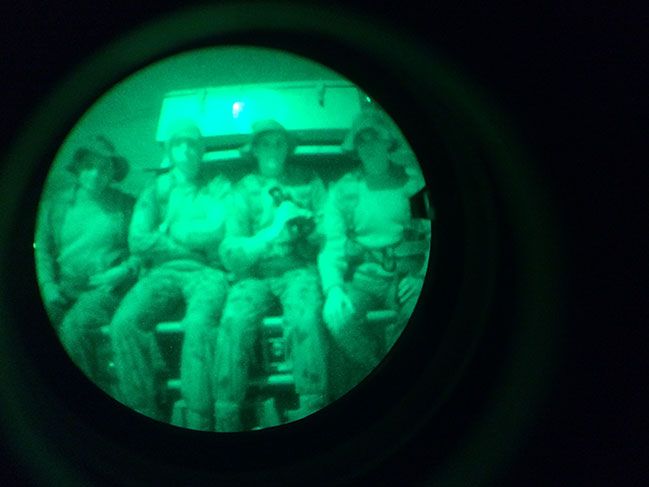 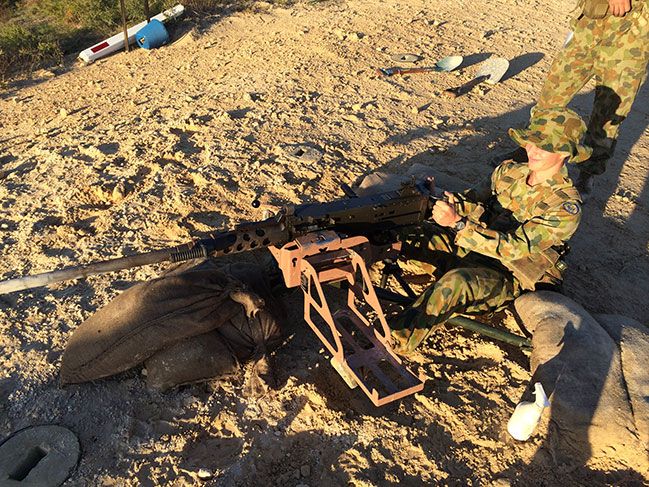 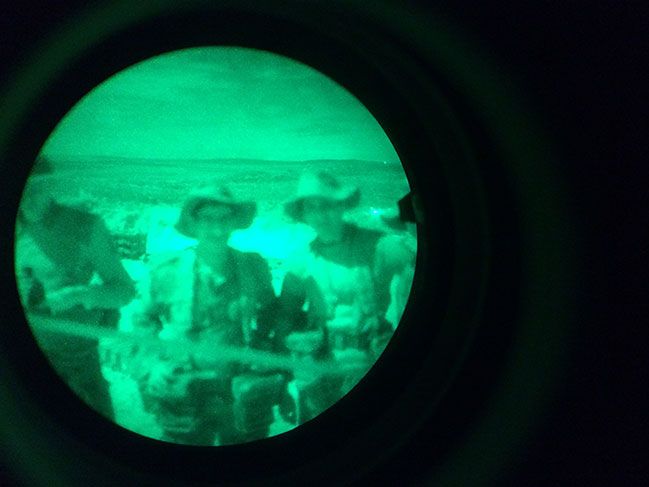 Eight cadets had the opportunity to witness an Army-led, live-fire exercise at Lancelin Defence Training Area recently. The exercise, directed by A Squadron, 10th Light Horse (A SQN 10LH) of which Co-ordinator of Army Cadets Duane Nurse is second in charge, is rarely seen by members of the public.

The Year 11 cadets, accompanied to by the Officer Commanding, Captain Conrad Scott, arrived just after midday and were cleared onto the range by Captain Nurse. After being escorted to the firing point, the boys witnessed engagement area development orders and the engaging of targets out to 900m.

Captain Nurse said the weapon system included the M2 .50 Calibre Heavy Machine Gun, MAG 58 7.62mm Machine Gun and the 84mm Carl Gustav Medium Range Anti-Armour Weapon. “When the firing ceased, the cadets helped the soldiers by collecting expended brass casings and were given a hands-on familiarisation with the weapons systems,” he said.

As darkness fell, the cadets were issued with night fighting equipment to observe the squadron engage targets. Captain Nurse said the cadets were surprised by the sound and shockwave of the M18A1 Claymore, which was detonated to initiate a simulated attack. The boys looked on as 84mm rockets were fired skyward to illuminate the engagement area and machine gun shot fall could be seen easily by the tracer rounds.

Captain Nurse said the cadets acquitted themselves well and witnessed an intimidating display of firepower. “On behalf of the Cadet Unit, a big thank you must go to WO2 Bruce Williams, Squadron Sergeant Major of A SQN 10LH, and other squadron members, who were accommodating to the cadets on the day,” he said.