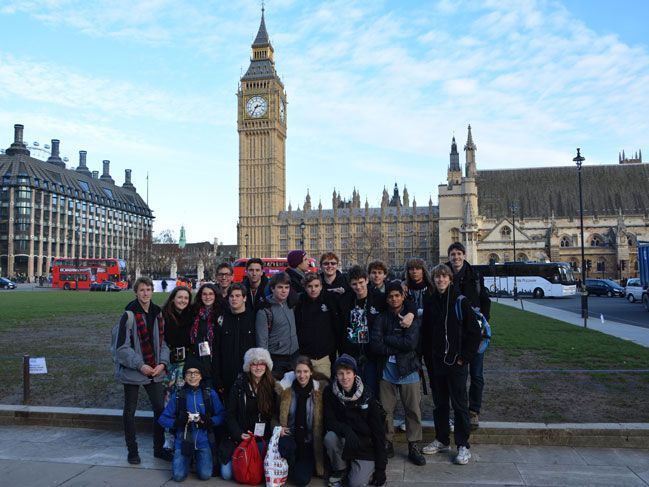 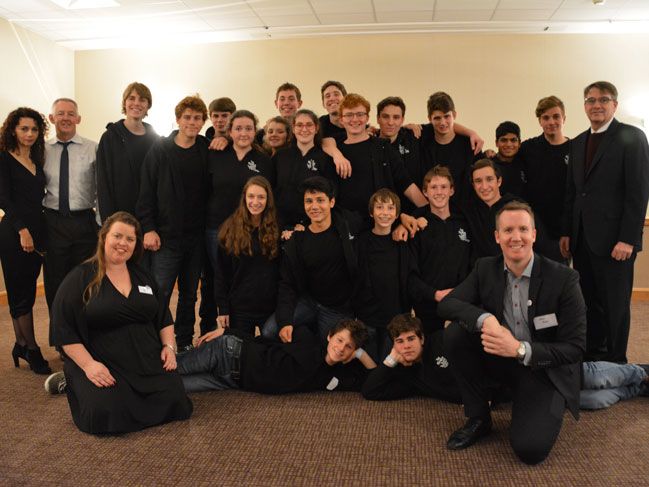 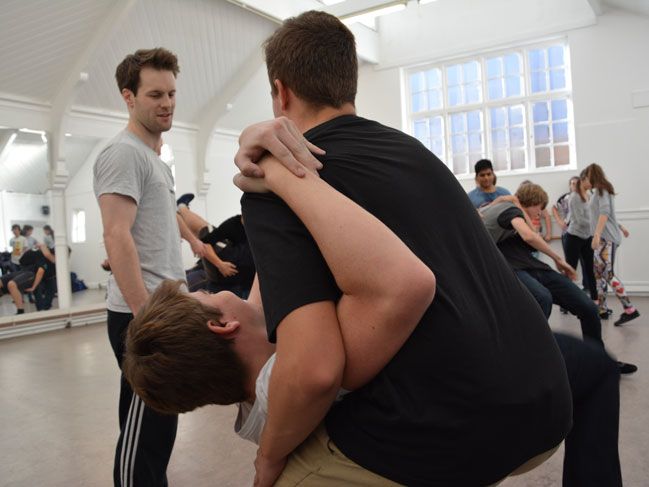 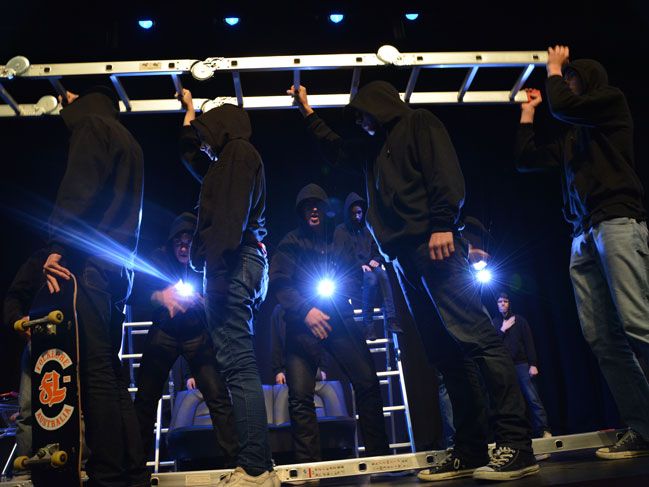 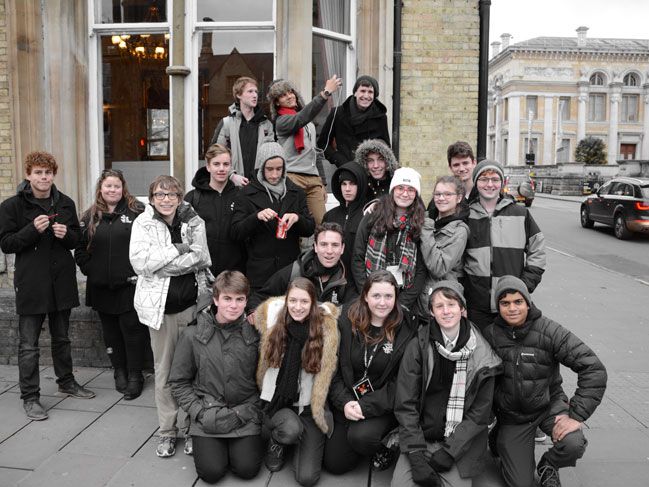 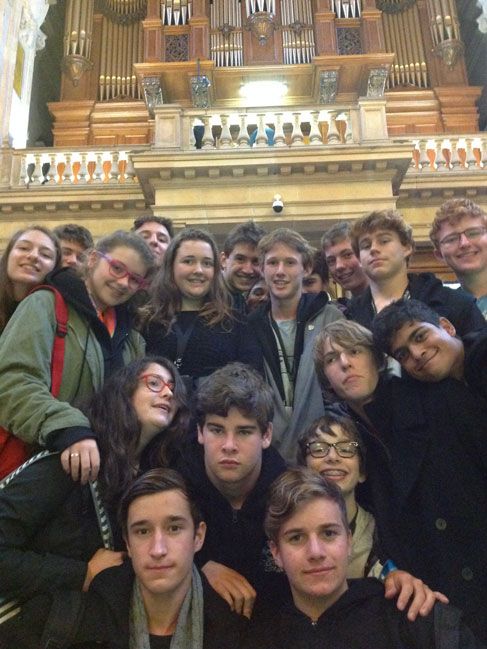 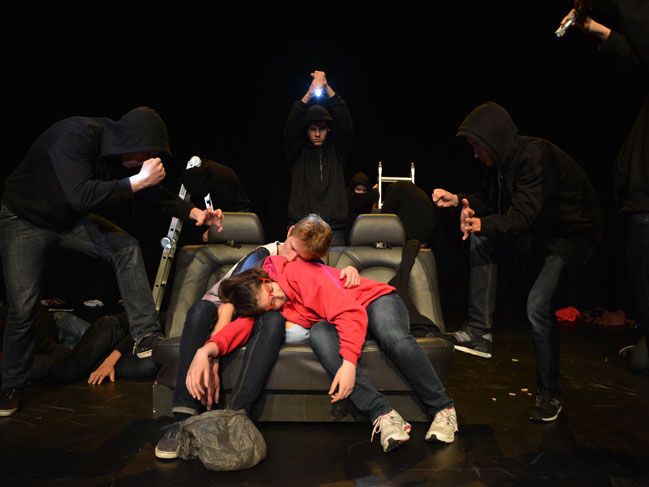 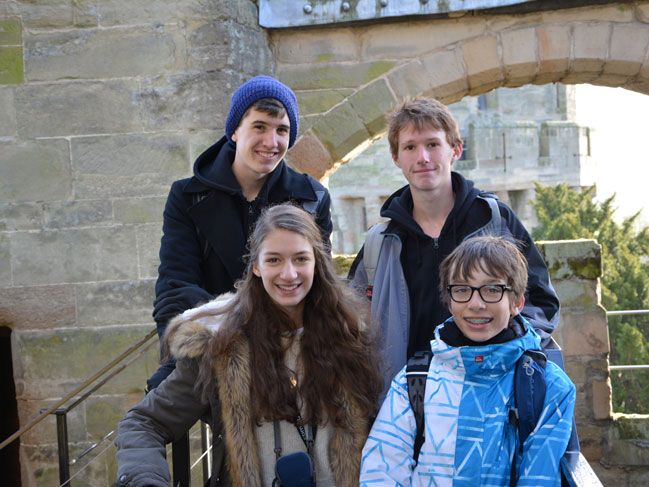 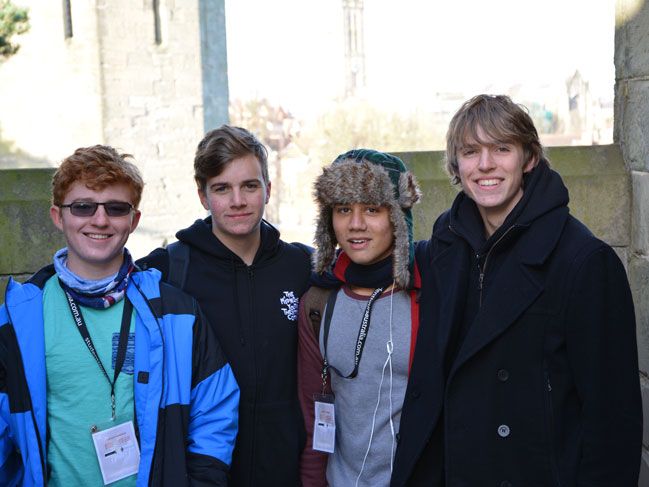 Twenty young players travelled to the United Kingdom on the drama tour of a lifetime in January. Sixteen Christ Church boys and four St Hilda’s girls were part of the Midnite Youth Theatre Company group, which toured its latest production of the Australian play Hoods, by Angela Betzien.

The Years 10 to 12 students were accompanied by Hoods director Kalika Duck and Artistic Director of Midnite Gregory Jones on the biennial, two and a half-week tour.

The tour began in Glasgow at the Scottish Youth Theatre (SYT), where the students took part in workshops with the company and held final rehearsals for Hoods. While in Glasgow, the group visited the stunning Glasgow Council Chambers, art galleries and performed at Hutchesons’ Grammar School.

From Scotland, they travelled south to the medieval town of Warwick where they billeted with families from Warwick School. While there, students took part in shared drama programs on acting Shakespeare and visited the famous Warwick Castle. The company visited Oxford, Stratford-upon-Avon, Cardiff and Bath, performing for audiences in Newport and at Christ’s College in Guildford, along the way.

“The students experienced the rigours of travelling and touring a play as a young artists,” Mr Jones said. “The cast were exceptional in their discipline and all performances throughout the tour were outstanding!”

Other highlights included seeing live theatre, including a pantomime of Peter Pan, The Christmas Truce at the Royal Shakespeare Company, Matilda – the Musical, The 39 Steps and The Scottsboro Boys in London’s West End. Students also took part in acting and design workshops with the National Theatre, Frantic Assembly and in Writing for the Stage at Southwark Playhouse. The tour concluded in France with a day at Disneyland Paris and seeing the sights of the capital.

Mr Jones said Midnite was committed to touring theatre productions locally and internationally. The company has also performed in Thailand, Singapore, Brunei, Canada and Southern California. “This was Midnite’s eleventh tour and it was fantastic to perform a contemporary Australian play and visit our friends and supporters in the UK.”

The touring production of Hoods returns to the Drama Centre on Thursday 12 and Friday 13 February. For more information or to book tickets, click here.