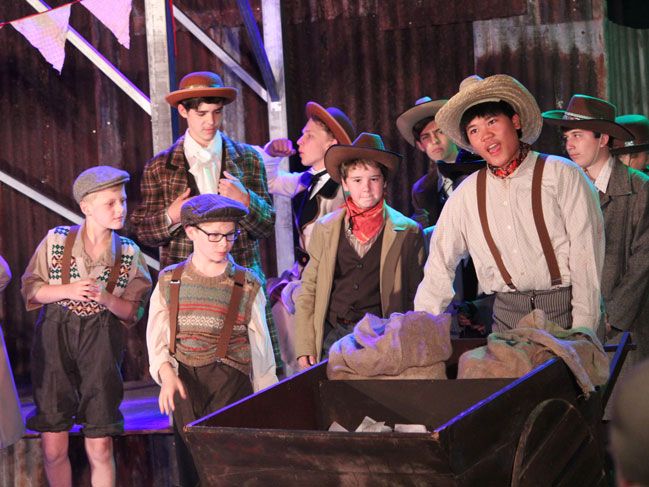 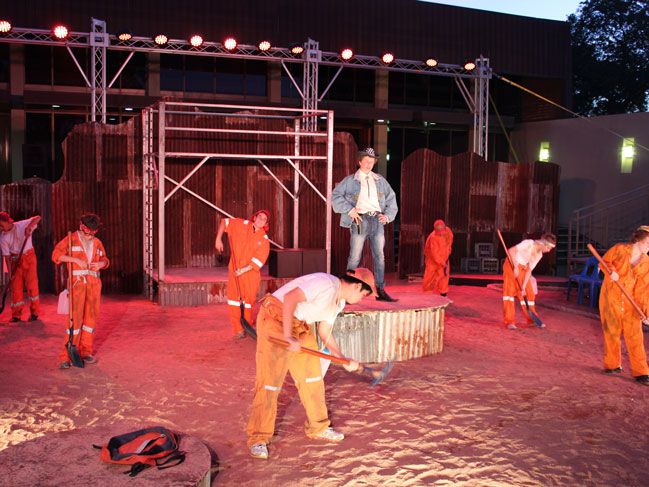 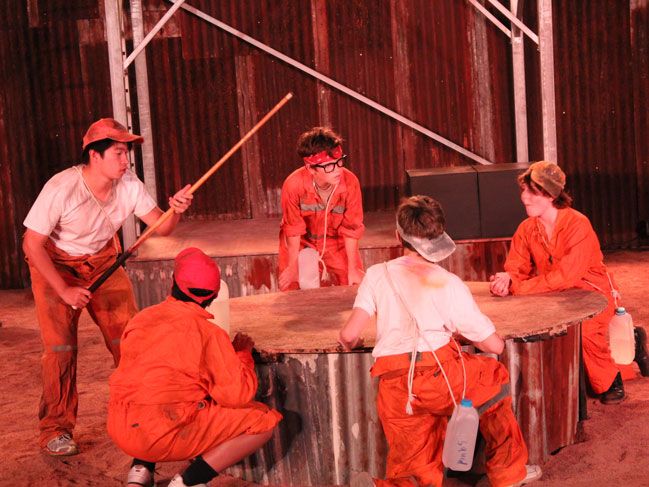 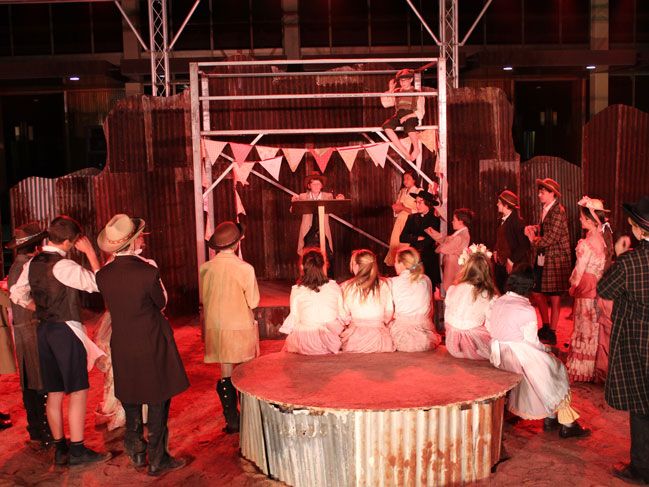 The Midnite Youth Theatre Company’s production of Holes played to sold-out houses over four nights, under the stars, in the Chapel Forecourt recently.

Midnite’s Artistic Director Gregory Jones said the novel, by Louis Sachar, was adapted into a popular film by Walt Disney Pictures in 2003, and the play, also written by Sachar, was a successful choice for the Years 7 and 8 players.

“There are some difficulties in using such a well-known piece of work,” Mr Jones said. “Everyone has their own idea of characters like Stanley or Mr Sir, and the film version makes it even more difficult to create your own sense of the character.

“However, character was our focus throughout much of the rehearsal process and each actor brought their own interpretation to every role.”

He congratulated the talented young cast and crew. “It has been my pleasure to direct this young ensemble in such a fun show. Its energy, humour and heart, together with its ever-changing dynamic, made it a perfect piece for young performers to shine.”