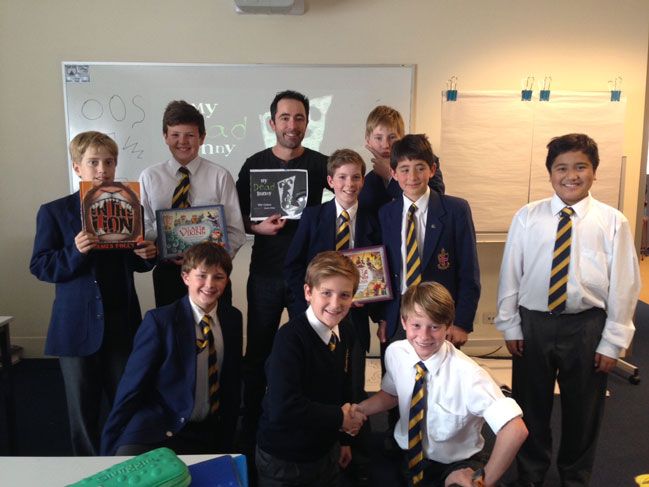 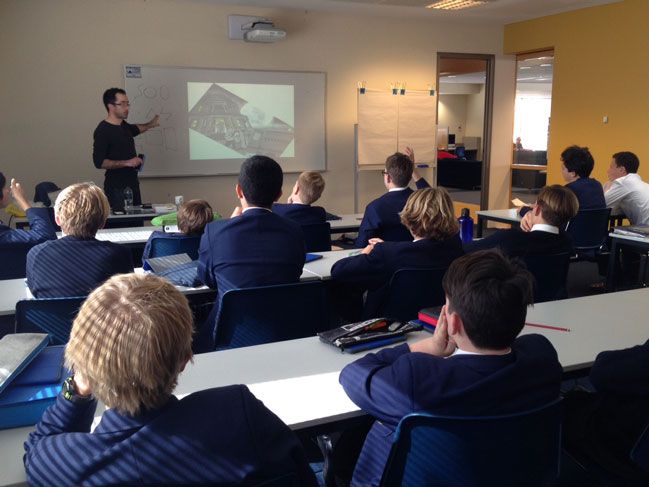 His first workshop with Year 7 boys covered the basics of drawing expressive faces and bodies. Students were shown how to create a variety of different facial expressions for their characters, and given tips and tricks to improve their illustrations. The session culminated in James and the boys striking poses that were then used as models for drawing different body types.

For the Year 8 and 9 boys, James conducted two visual literacy workshops. During these entertaining workshops, he explained the elements essential to visual texts using his upcoming book My Dead Bunny. He showed the boys the importance of character construction, the use of colour, medium and many other important conventions.

Comic drawing was the focus of the final. After learning about how to draw facial expressions and body language, the Year 7 class created their own comic characters. They also looked at a range of graphic novels to see how artists use speech and transitions in their work.

Acting Head of Senior School Library, Lia de Sousa said it was a pleasure having James conduct his workshops in the library.

“His natural enthusiasm, great sense of humour and wide knowledge of design and illustration made him a hit with the boys from Year 7 to 9,” she said.

“Many thanks to the Parents’ Association and the Centre for Ethics who helped finance James’ visit, providing the boys with the opportunity to interact and learn from a professional.”