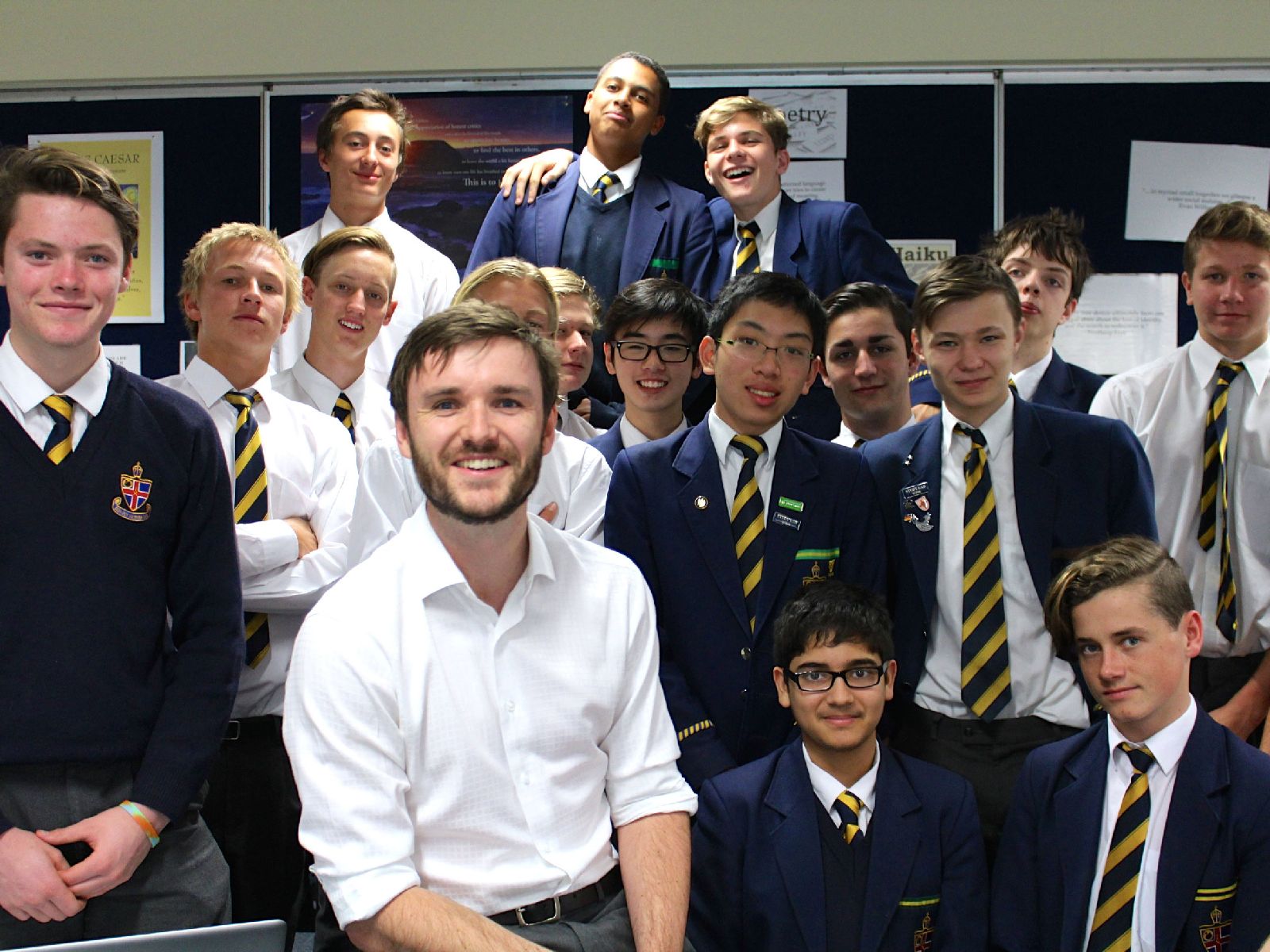 English students drew on the knowledge of Politics Honours student and 2005 School Captain Yannick Spencer recently. Yannick visited classes to explain the differences between socialism and communism in George Orwell’s 1984 as well as poetry’s relevance in the 21st century.

English teacher Spencer Davis said he invited Yannick to speak to his Years 10 and 11 classes as an outside expert, but also as an example of what deep engagement and passion for a subject looked like. Mr Davis said socialism, communism and capitalism were complicated ideologies and their complexity was well illustrated by Yannick, who is now on his way to Oxford University to study International Relations.

“Understanding that the world is not a simplistic place and seeing that ambiguity exists, was another reason I wanted Yannick’s perspective during the Year 11s study of 1984,” Mr Davis said. “Obviously, given his subject knowledge, the boys were presented with an opportunity to learn highly specified content, but seeing a young professional of his calibre and passion also provided a great role model for them as young men.”

Tom McClure (Year 11) said he found the old boy’s talk engaging and that he clearly defined the differences between communism, socialism and capitalism. “In media today, communism and socialism are painted as being bad and capitalism as being good. However, Yannick explained that all systems of government have positives and negatives assigned to them,” Tom said.

“He also gave me a much broader idea of the subject matter surrounding the government in 1984. All in all, I really enjoyed Yannick’s speech and felt that it consolidated a lot of key facts about the subject. I really appreciated the opinion of someone who was an expert in this field.”

The Year 10 discussion focused on specific English content areas (Why poetry was relevant in the 21st century) and on broader, reflective questions (How did Christ Church prepare you for the modern workplace?). He provided the boys with a good perspective on the importance of reflection and critical reading and helped to alleviate some of their anxiety around subject selection for Years 11 and 12.