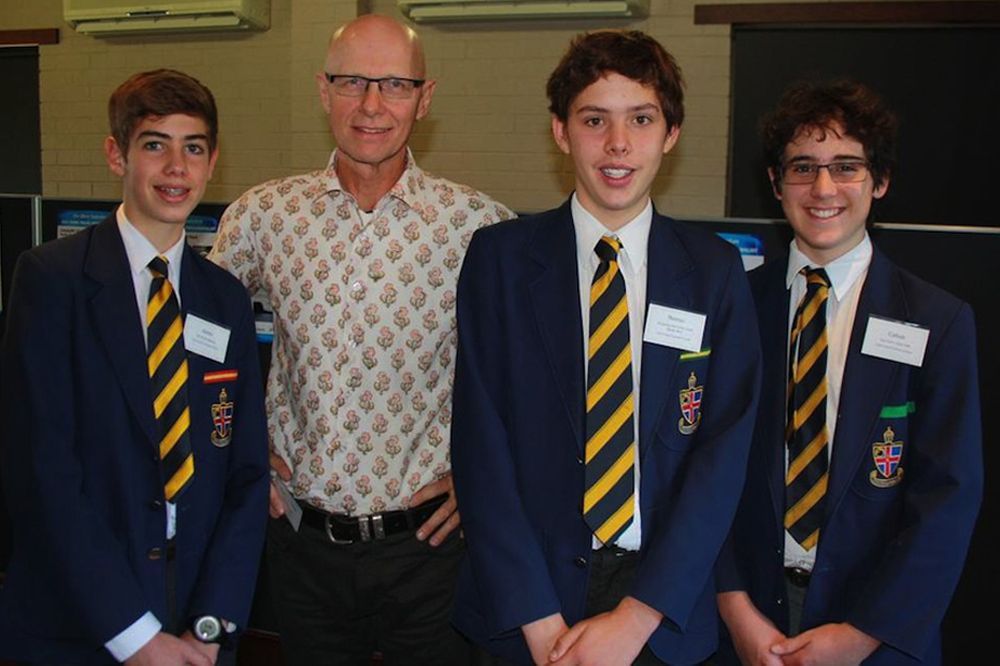 Three Christ Church boys were among 10 finalists in The West Australian 2013 Young Travel Photojournalist Competition. James Blaxill (Year 9) was named one of two winners and will join travel editor Stephen Scourfield on assignment in the Kimberley next month.

James, Thomas Broadbridge and Callum Connolly’s submissions were chosen from over 100 entries across the State. The boys’ travel pieces, which included two photographs, were written as part of the Year 9 Creative Writing Elective.

English teacher Rob Vickery said travel writing was one of four units the boys had studied during the semester. “For the travel writing task, I asked the boys to work off the guidelines as set out by The West Australian and then gave them an opportunity to submit their work in the competition,” Mr Vickery said.

The submission had to be 300 to 400 words and include two of the entrant’s own photographs. “We worked on expressing observations about a place in different ways and playing with perspective so they didn’t fall into travel writing clichés,” he said.

Last Friday, the three boys attended a prize-giving ceremony at Kings Park where each finalist received a Canon G15 camera, took part in a writing and photography workshop led by Stephen Scourfield, and took a behind-the-scenes look at the work of the botany staff and specialists at Kings Park.

James will join Stephen and travel assistant Jan Bromilow on a three-day assignment in ‘Broome and Beyond’ to learn more about travel writing, photography and video skills on location. James, and fellow winner St Hilda’s student Emmelyn Wu (Year 12), will also write stories to be printed in The West Australian Travel section.

Mr Vickery said the creative writing elective allowed boys more time to work on and refine their writing. He said the other units boys had studied during the semester were urban legends, memoirs and poetry.