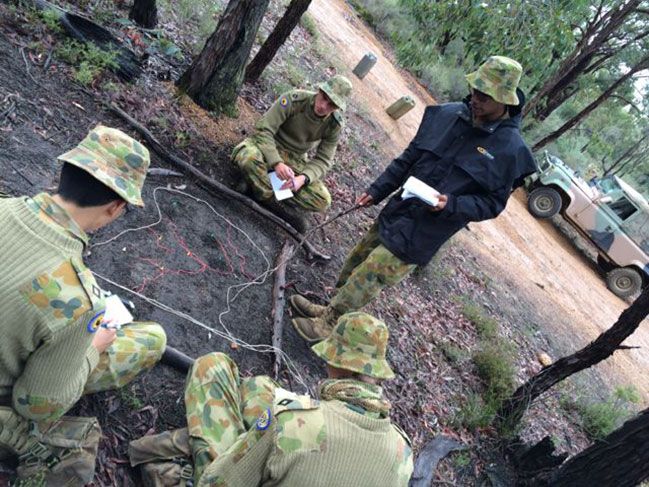 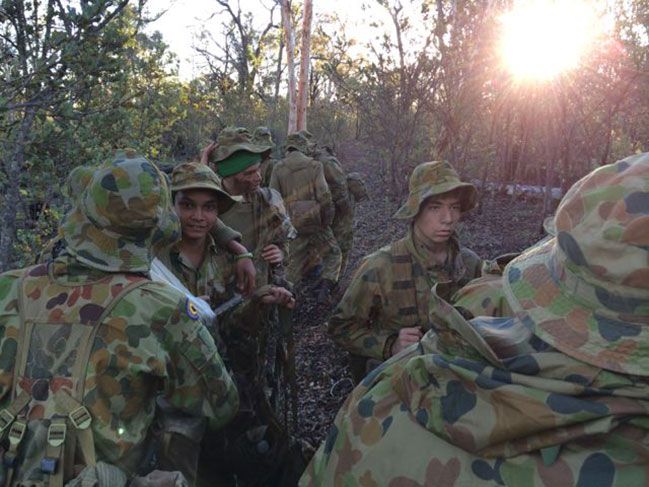 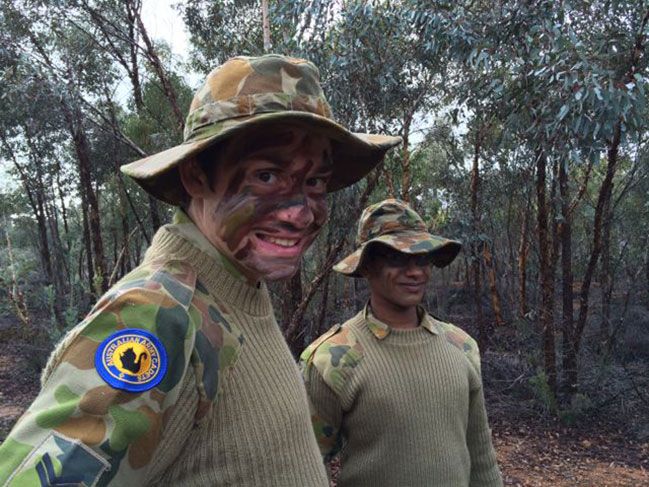 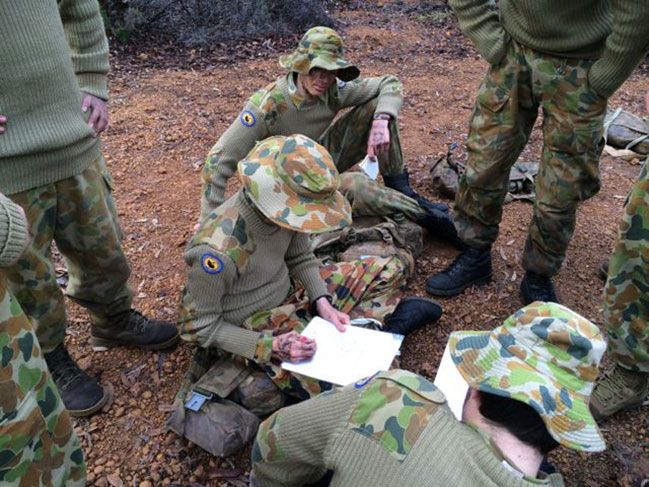 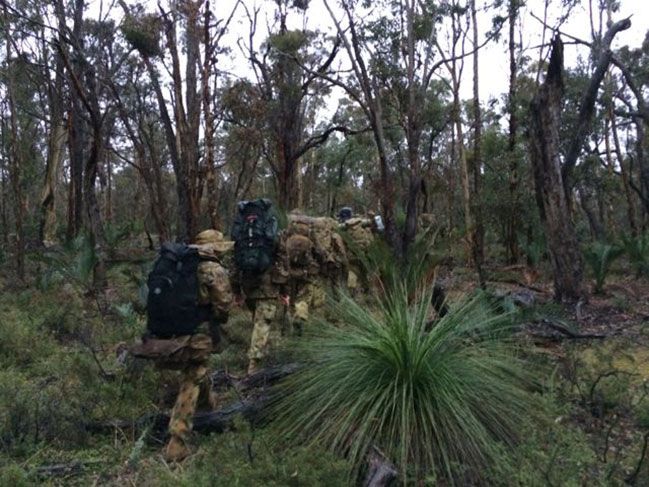 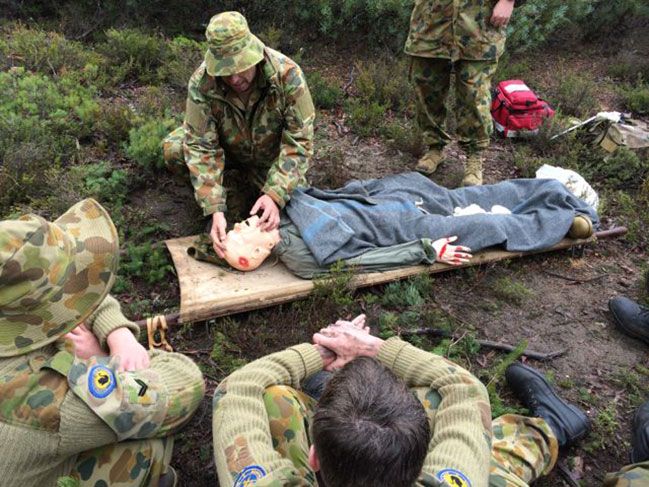 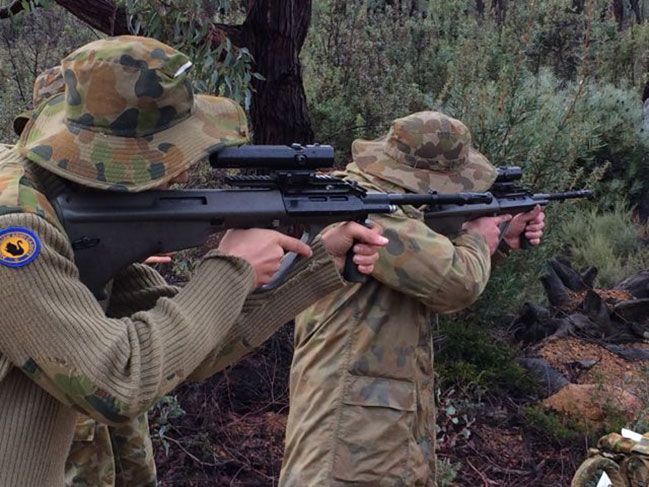 Co-ordinator of Army Cadets Duane Nurse said the cadets had extensive, mission-specific training and ‘battle prep’ in the weeks leading to the exercise. “These included a detailed set of orders to senior cadets and ‘intelligence brief’ to the company to provide context to the exercise,” Captain Nurse said.

The platoons’ objectives were to site a secure platoon harbour, two to four kilometres away from the drop-off point, and establish observation posts on tracks that the ‘threat’ was known to use. Captain Nurse said the rain; steadily dropping temperature and low-light conditions instilled a sense of urgency.

“Using night vision equipment and radios, cadets were able to observe and report timely, accurate information to the company’s headquarters on the threat activity. To achieve all of this in freezing, wet conditions demonstrated the mental and physical toughness our cadets possess,” he said.

After rendezvousing at headquarters at sunrise for a welcome breakfast, training activities commenced including first aid, communications, navigation, field craft, F88 Steyr familiarisation, movement and field signals. Meanwhile, the Adjutant delivered orders to the platoon commanders for the next phase of the exercise – a search and rescue task.

Captain Nurse said the ‘casualty evacuations’, some up to 3km away, were carried out to an extremely high standard and included making stretchers, first aid application, accurate casualty evacuation radio reports and smooth handovers to the medics.

The night activity involved platoons waiting in ambush for the threat and engaging dismounted and mounted elements with glow sticks, which from a distance looked like tracers pouring into an engagement area. “The threat morale was shattered and they turned and fled,” Captain Nurse said. “The next morning, Commander WA-AAC Brigade, Lt Col Bob Barber visited, and was briefed on the exercise.”

Captain Nurse said the successful exercise tested those with command responsibilities and allowed them to apply their training to achieve objectives in the field. “Theory was applied in practice and the outcomes achieved in the time available was impressive,” he said.