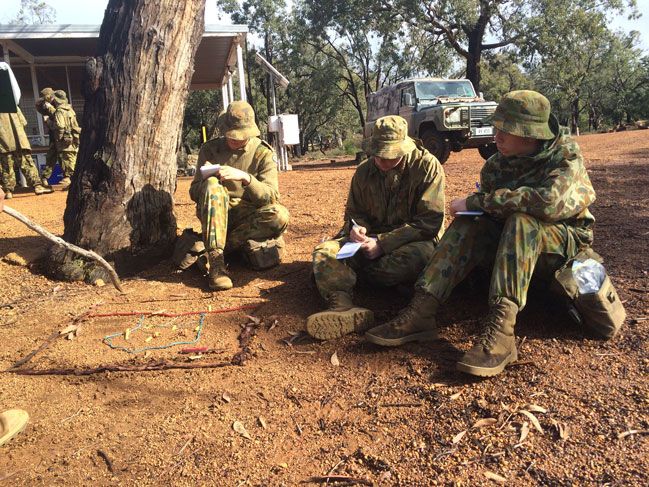 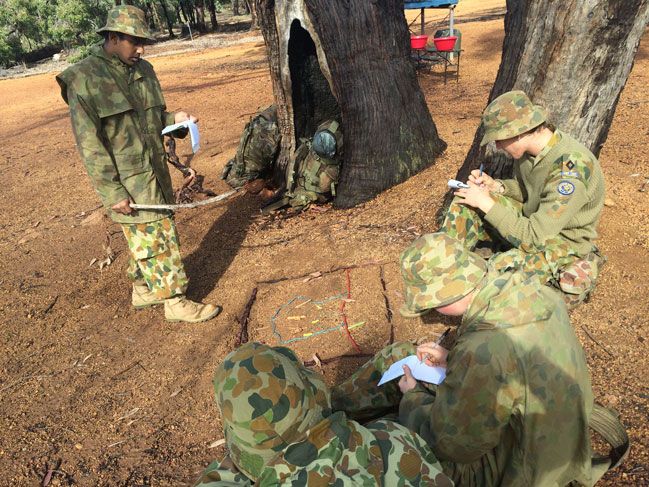 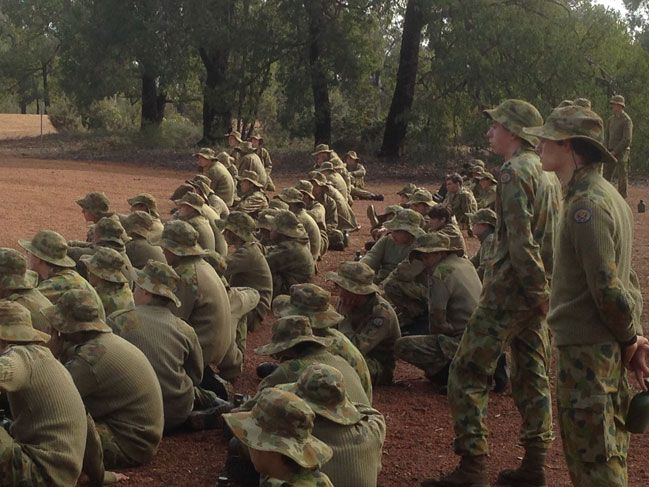 The Christ Church Army Cadet Unit completed its Term 2 Field Exercise at the Bindoon Military Training Area over the weekend 20-22 June. Designed to consolidate the cadets’ training in field craft and advance their learning in a range of areas, the weekend included training in camouflage and concealment, radio procedures, observation skills, first aid, emergency signaling and navigation.

Below is a wrap up of the weekend, written by Cadet Unit Officer Gareth Shanthikumar (Year 12).

The main emphasis for day one was stealth and field craft. Observation Posts (OPs) were set up by each platoon, which allowed cadets to stay hidden while they recorded information from the passing threat. Company Headquarters provided the ‘threat’, with help from the Wanneroo cadet unit, which sought to compromise the OPs set up by each platoon.

On day two, platoons hiked back to HQ location, where they took part in a nine-section ‘bullring’ activity. Through each rotation, cadets learned skills about camouflage and concealment, leadership, first aid, and radio operations. While this occurred, the senior years completed a set of orders to prepare for the next activity. This activity was a casualty evacuation, where each platoon had to navigate to an area, conduct a search for a casualty, radio a ’10 Liner CASEVAC’ to HQ, and evacuate the casualty. This activity was highly successful with cadets gaining experience in the actions to take in a real life casualty situation.

Due to radio communication issues, the platoons night activity was cancelled. This did not upset the cadets tremendously, as they were instead treated with an early night, well deserved following a tough day in difficult weather conditions.

On day three, an exercise was set up to test the Year 10 boys navigational skills. A short two-leg route was set, with the majority of the cadets completing the exercise successfully and arriving at the identified location using bearings from their compass.

Overall the camp was a huge success, during which cadets gained new skills and improved on other facets within the field. The ongoing rain and cold winds did not bring the unit down, and morale was high throughout the weekend. All platoons put in an incredible effort, with CUO Monte Nathan’s Platoon receiving the best performing platoon award. It was a difficult camp with cadets left feeling proud of their accomplishments.