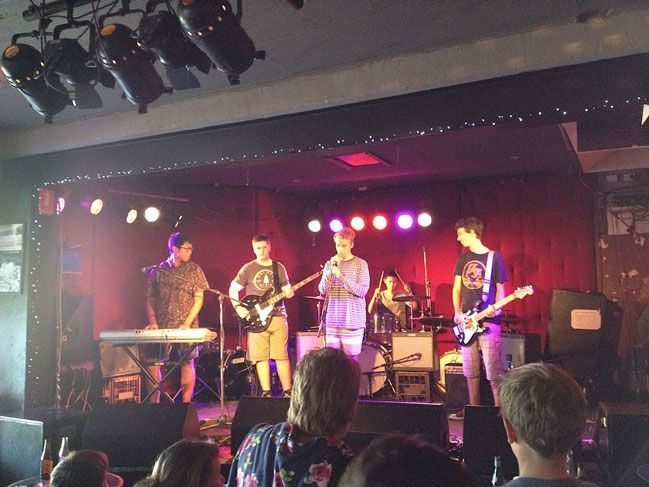 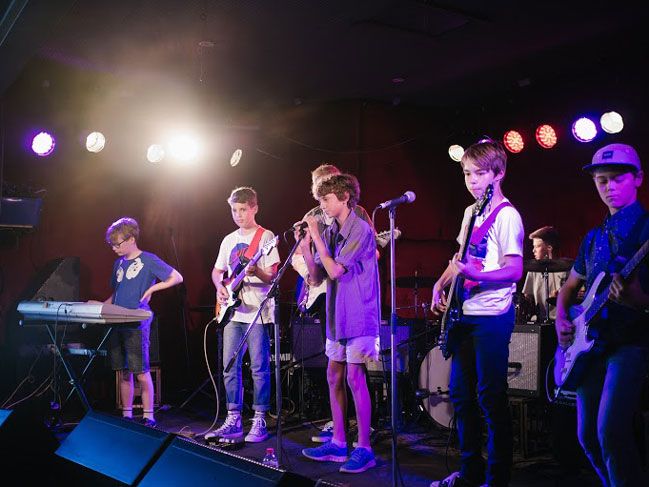 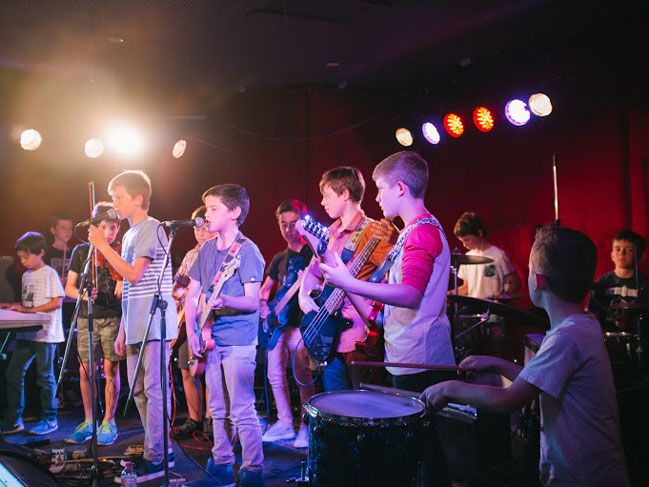 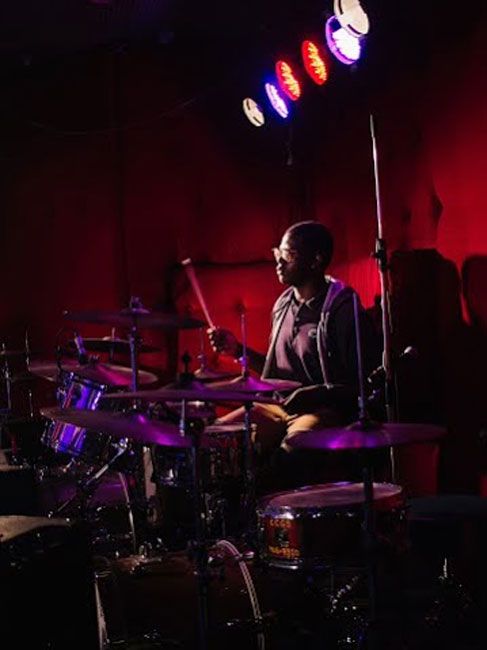 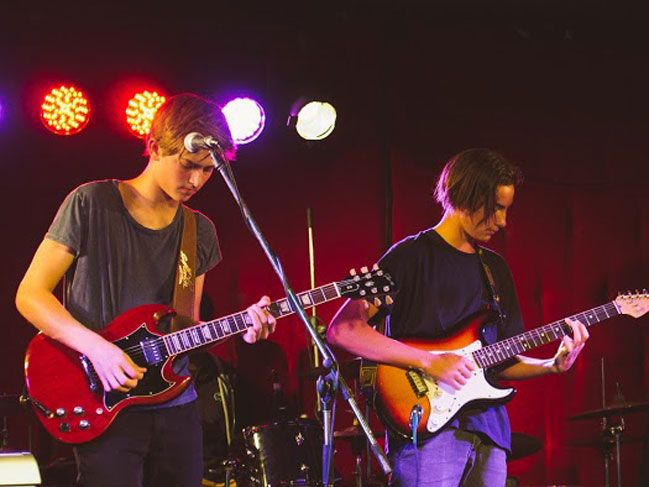 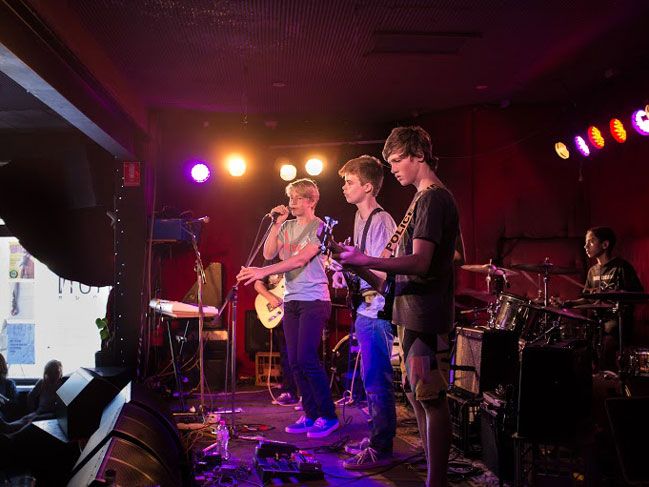 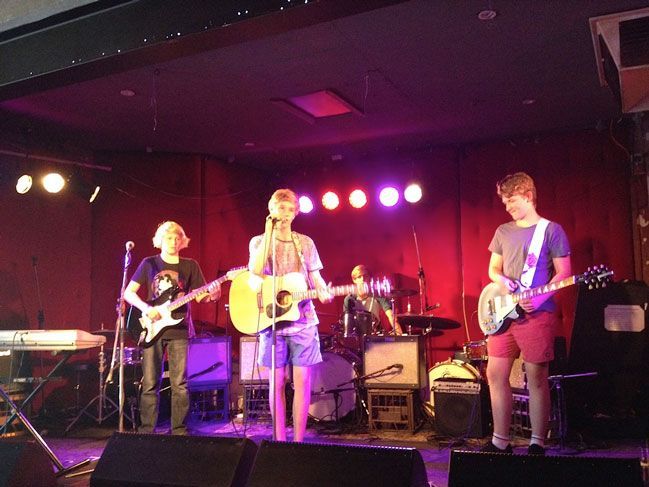 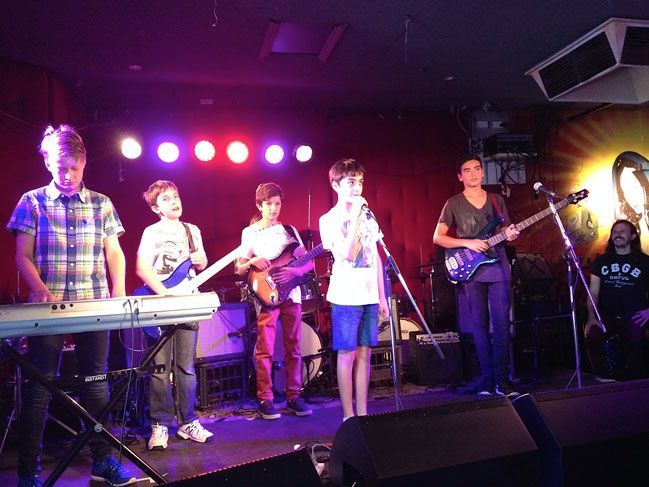 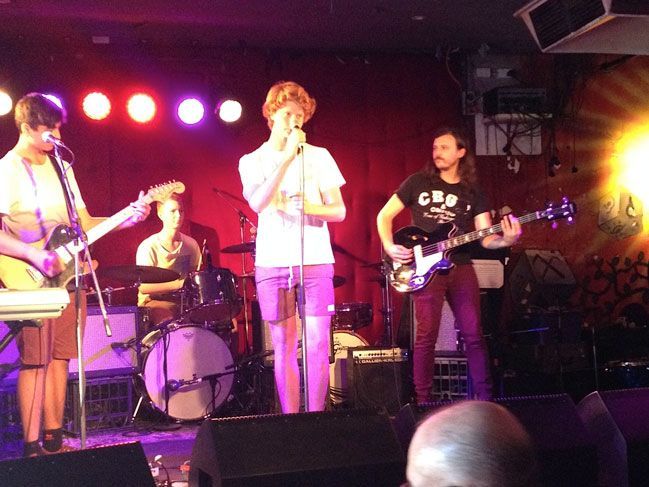 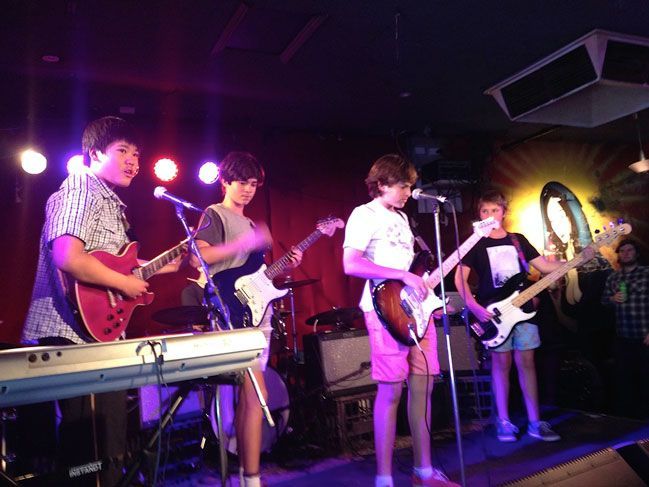 Preparatory and Senior Rock Workshop bands took over Mojos Bar in North Fremantle on Saturday for an afternoon of live and loud music. It was the second annual Rock Workshop Extravaganza, which drew a crowd of parents, family, friends and Fremantle locals.

Tracks ranged from Australian rock including ACDC’s TNT and INXS’s Never Tear Us Apart; Sixties and Seventies classics Sunshine of Your Love and Play That Funky Music; Nineties teen anthems Smells Like Teen Spirit and Under the Bridge; to the more recent by Mumford and Sons, Tame Impala and Arctic Monkeys.

Year 8 rock band vocalist and guitarist Joshua Ellis said: “Standing up and being able to play in a band to an extremely supportive crowd was amazing, and being up there on stage helps the CCGS boys gain confidence.”

Year 9 vocalist and guitarist Angus McKenzie, from Middle School Rock Workshop 6 – a combination of Years 9 and 10 musicians, also performed a solo set on the afternoon. “I thought it was a really great experience, especially for the younger kids, to see what it’s like to play in a real gig at a real venue,” Angus said. “I, for one, had a great time and I hope this gig continues into the future.”

Ms Taylor congratulated all the boys that performed, some for the first time in a professional live music venue, as well as thanking parents for supporting the musicians. “Special thanks go to the Rock Workshop staff – Jozef Grech, Phil Bailey, Warren Hall, Brendan Biddiss and Daniel Harper – for their commitment to the boys, setting up the stage and equipment, organising the afternoon and ensuring all ran smoothly for a successful day,” Ms Taylor said.