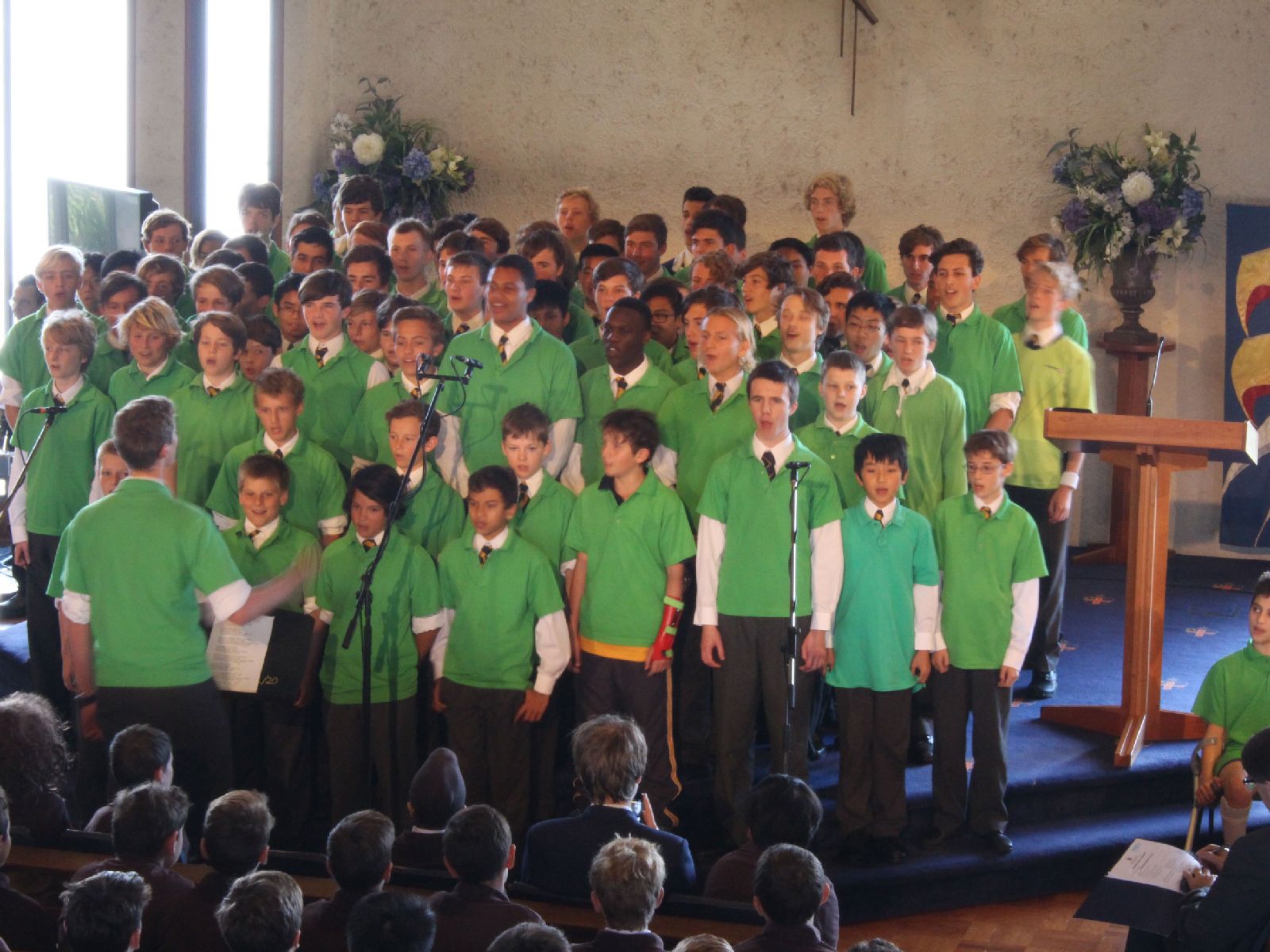 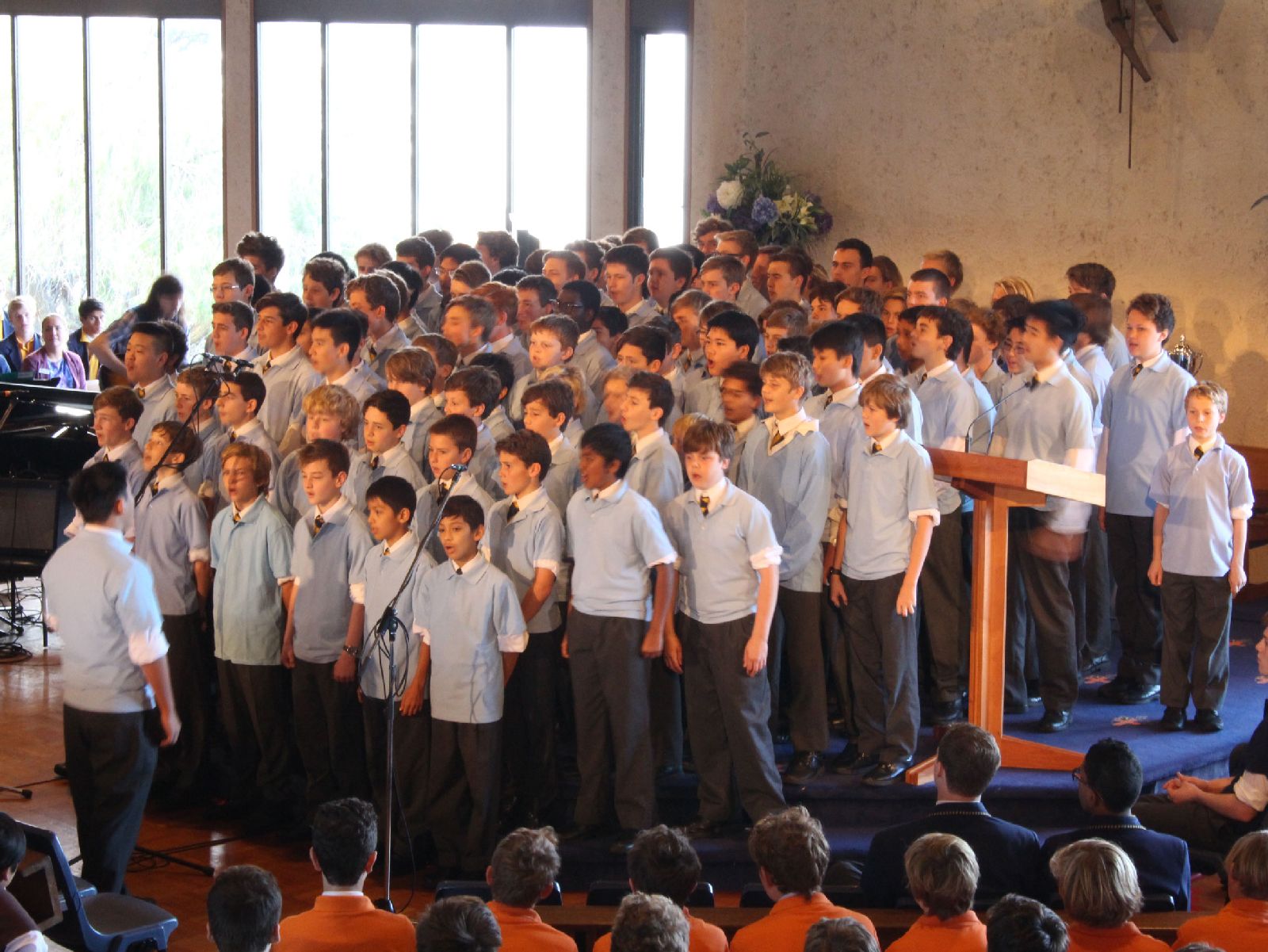 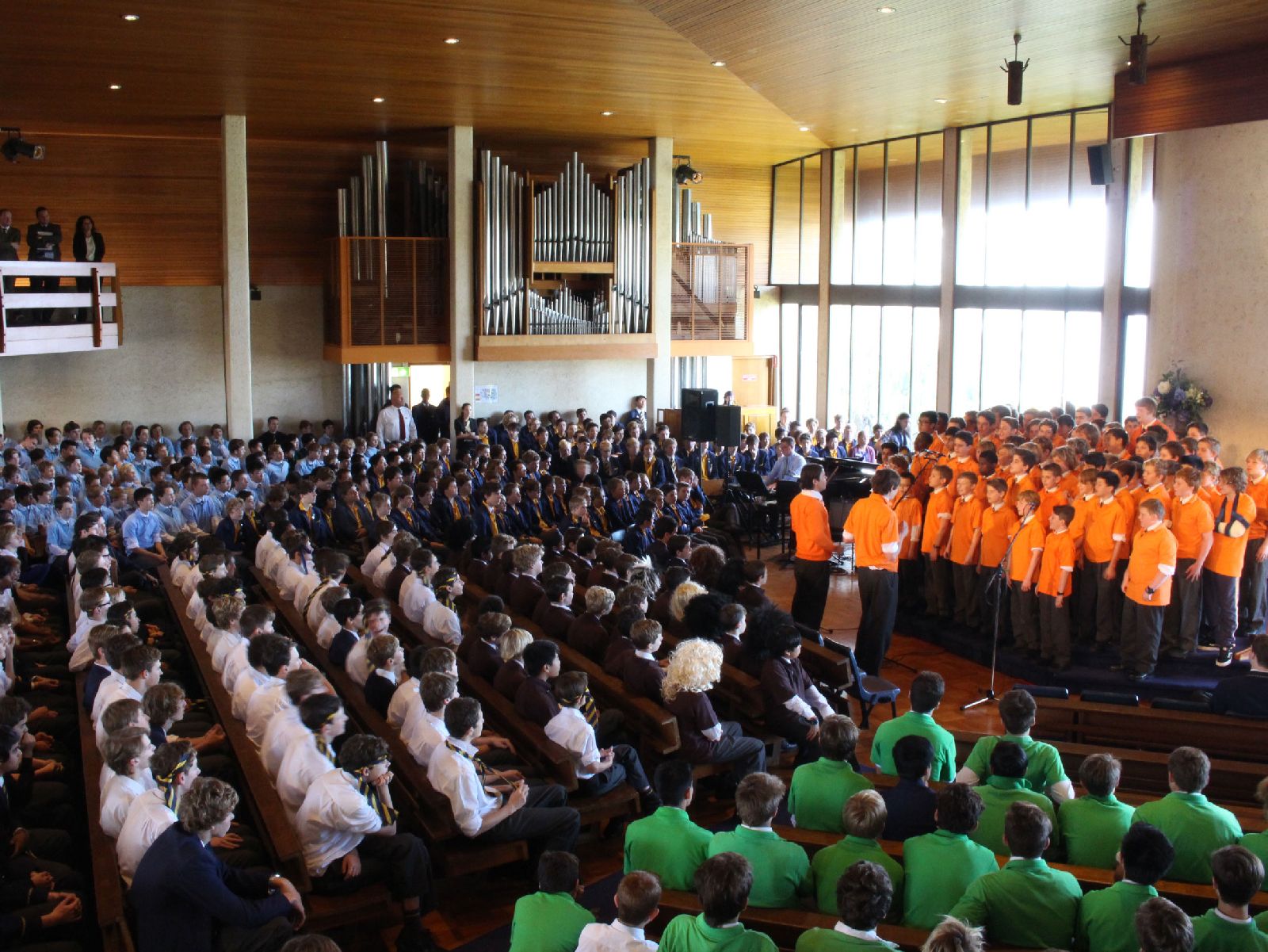 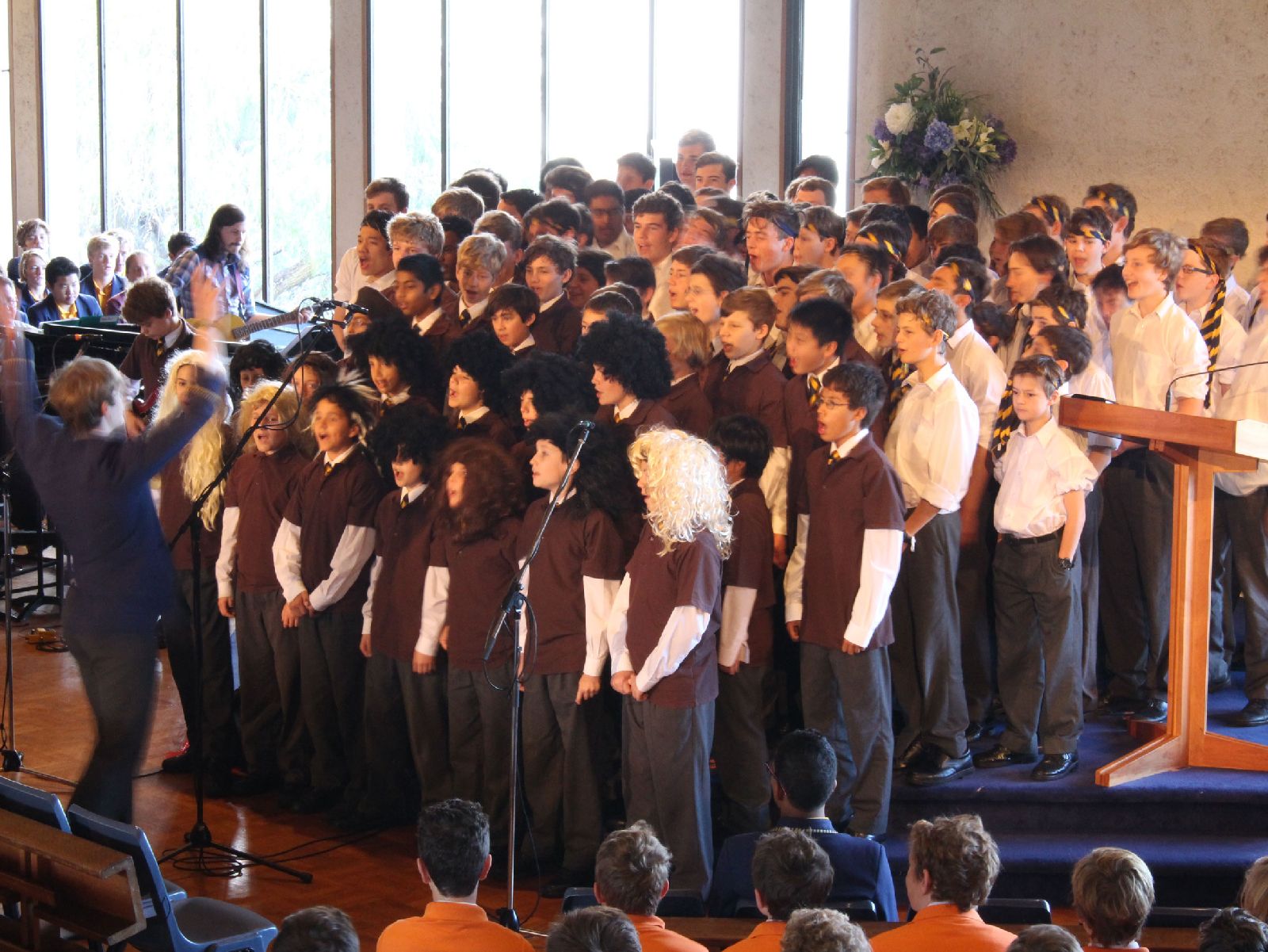 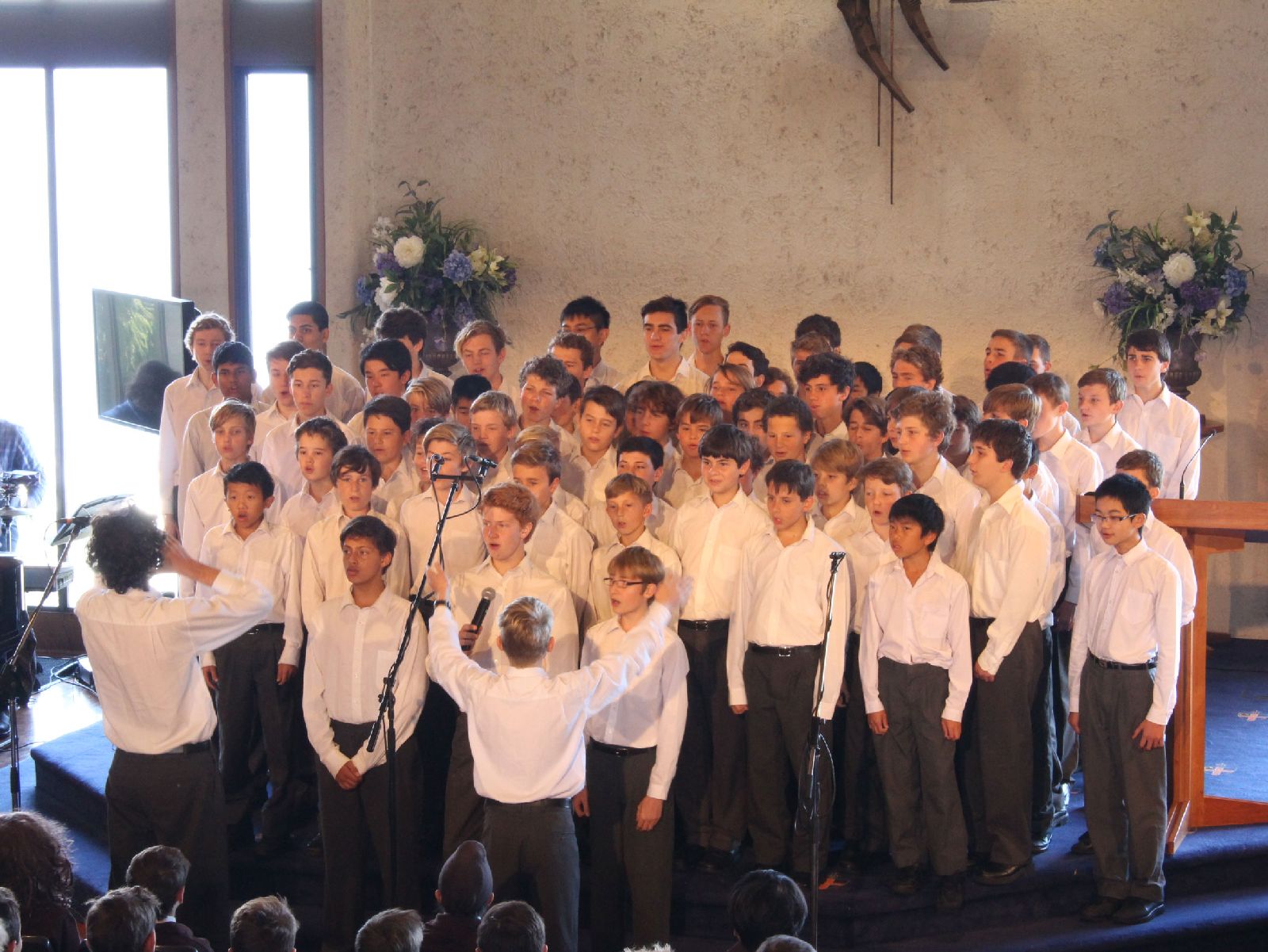 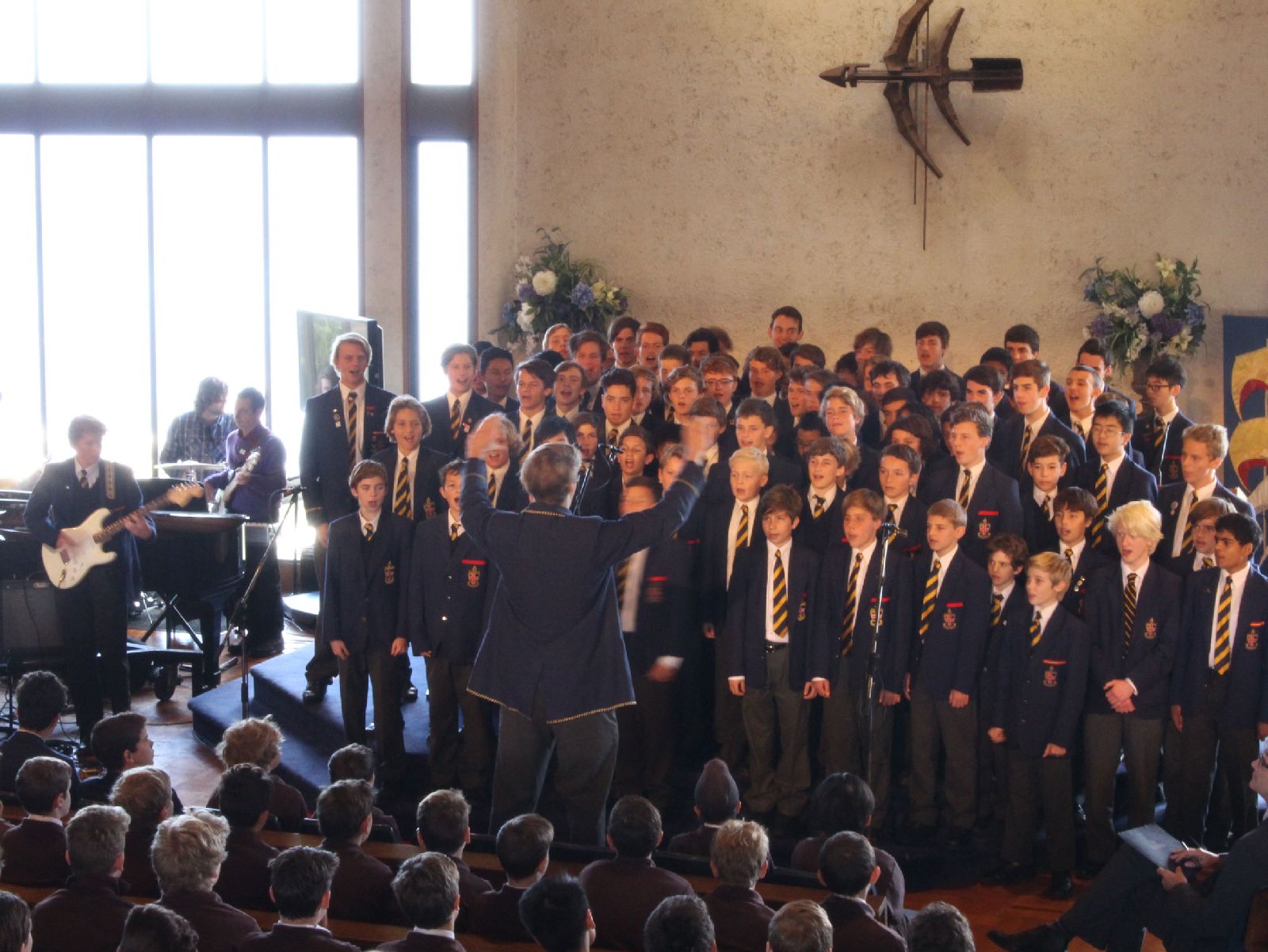 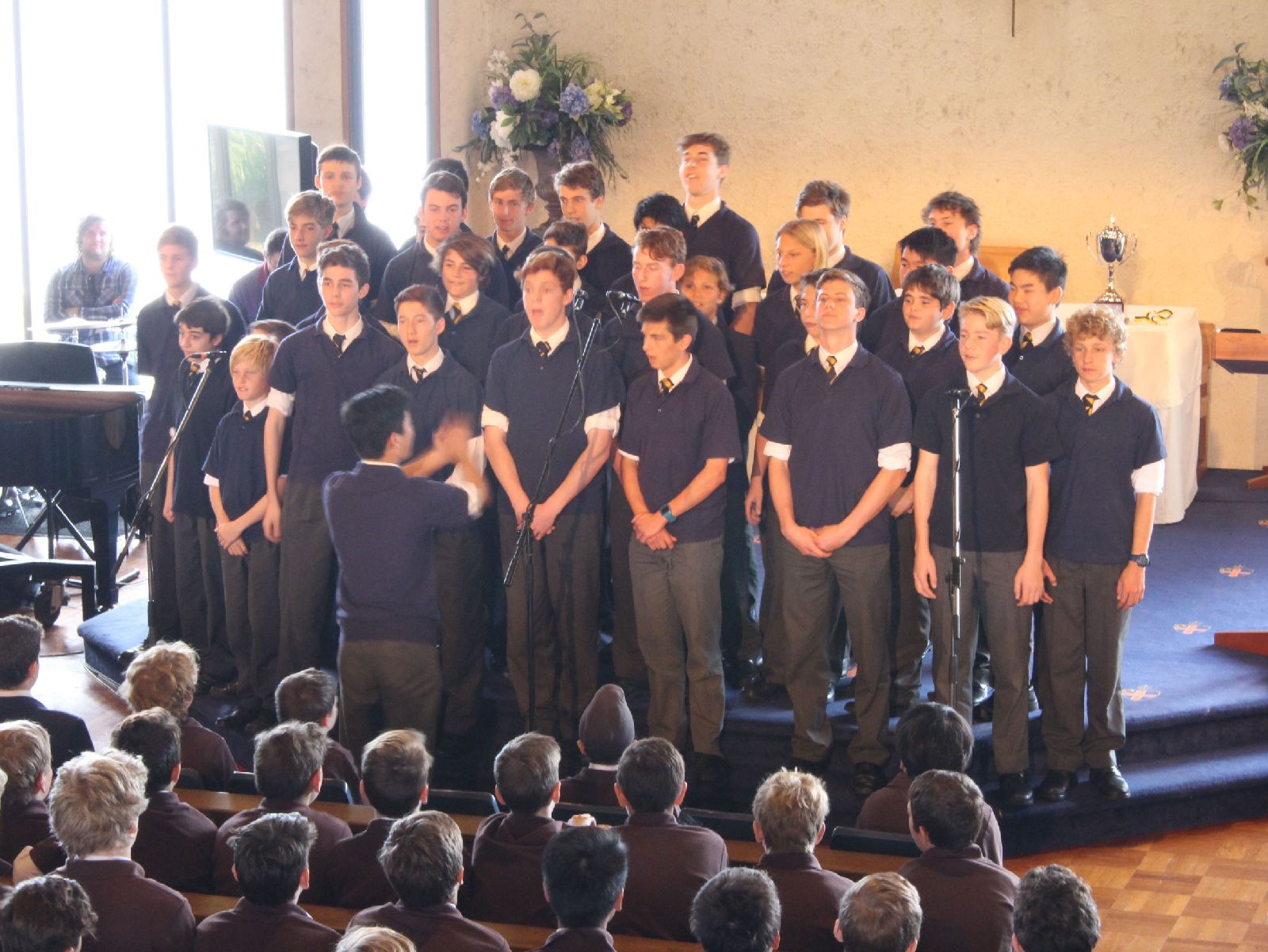 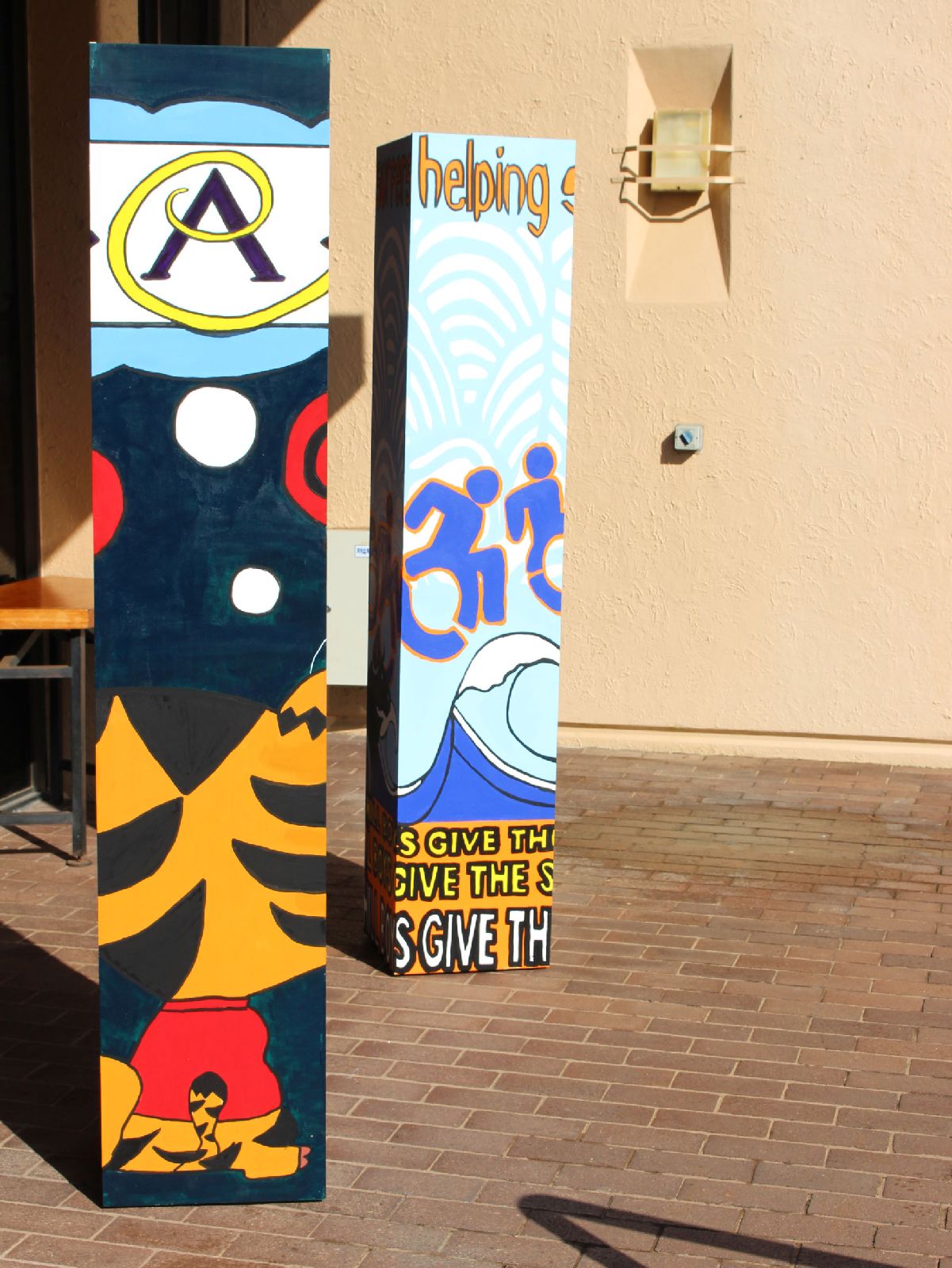 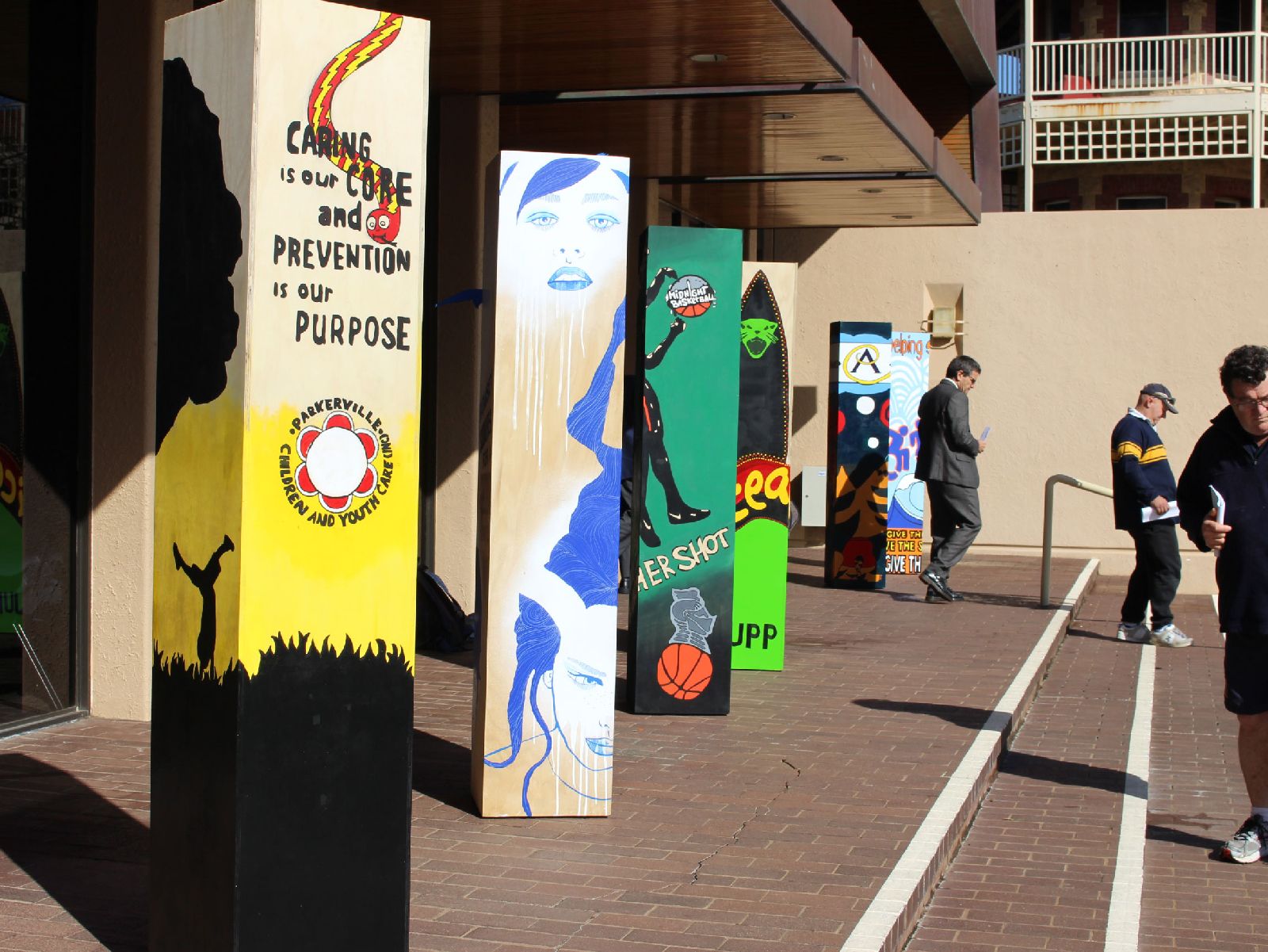 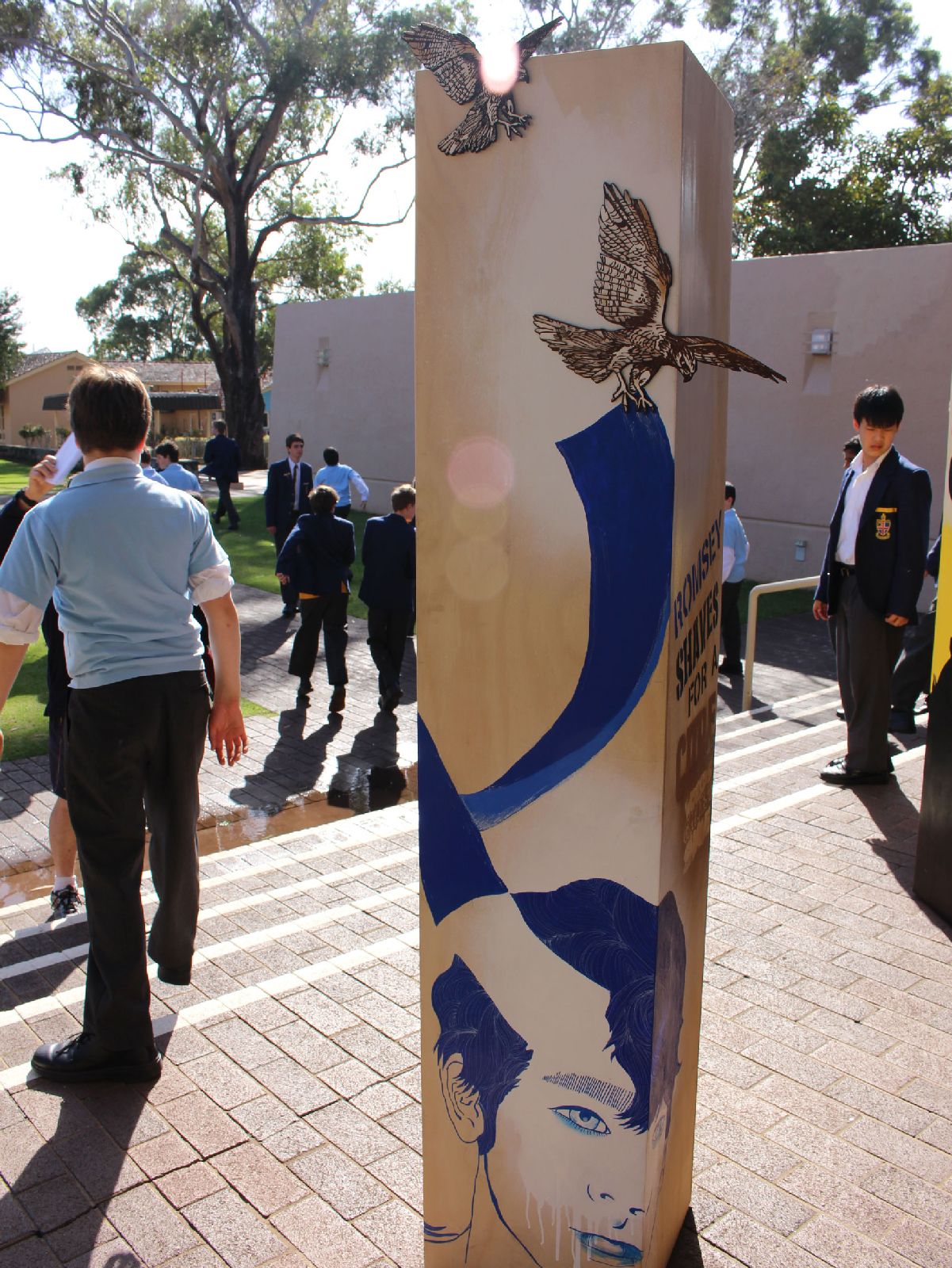 Craigie House gained Rock Icon status – the theme of this year’s House Shout held on Thursday. The House’s rendition of Oh What a Night won the judge over.

Moyes’ delivery of Dreamer and Romsey’s a cappella version of Jump, were very closely contested for second and third place respectively. They were followed by Noake (More than a Feeling), Wolsey (Uptown Girl), Queenslea (Hold the Line), Hill (Listen to the Music) and Jupp (Eye of the Tiger).

This year’s guest judge was MLC’s Director of Music Dr Robert Faulkner, who was most impressed and made particular mention of the boys using falsetto to create effective part-singing. He congratulated all House choirs on their efforts as well as the House Shout band including Phil Bailey (bass guitar), Daniel Harper (drums), Joe Grech (lead guitar) and Christopher Draber (piano).

Director of Music Kevin Gillam said he was also impressed with the boys’ inventiveness in creating part-singing, solos, rhythmic patters and using other instrumentalists this year. “These ensured each House delivered a vibrant and engaging performance,” he said. “The quality of singing has also really improved over the past few years and it’s great to see so many boys enjoying the experience.” Mr Gillam also thanked the band members, staff co-ordinators and Dr Faulkner for their efforts.

The House Visual Arts competition changed things up this year with the introduction of three-dimensional totems with a kinetic twist. The design brief was to produce a rotating design based on the theme of Charity Starts in House, incorporating each Houses’ respective charity.

AISWA Arts Consultant Carmel O’Neill deliberated over what she described as a dazzling standard of entries, awarding first place to Romsey, followed closely by Moyes, then Hill, Jupp, Queenslea, Noake, Wolsey and Craigie.