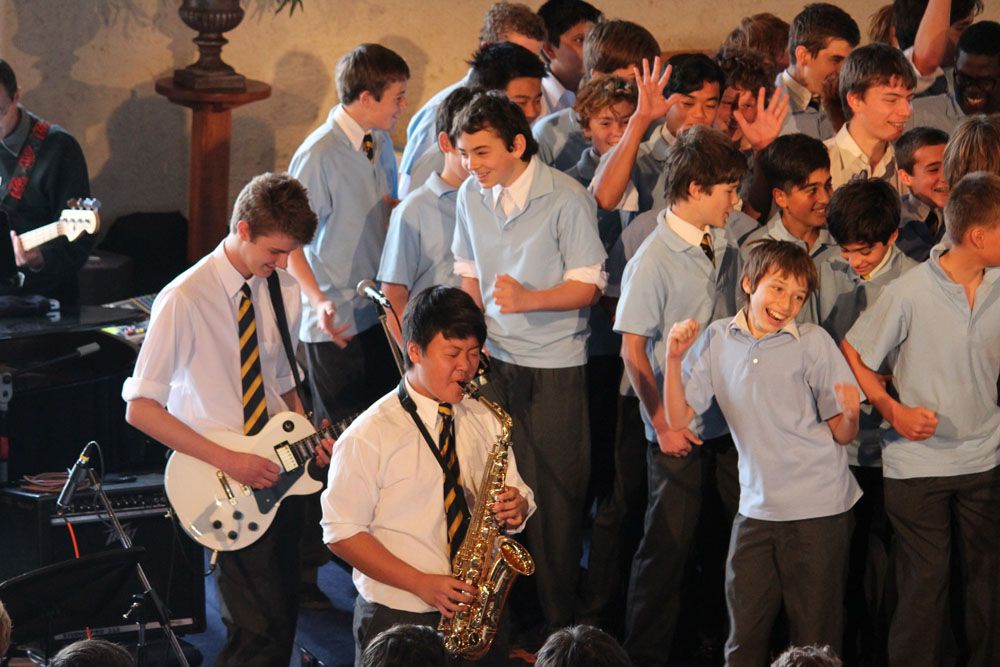 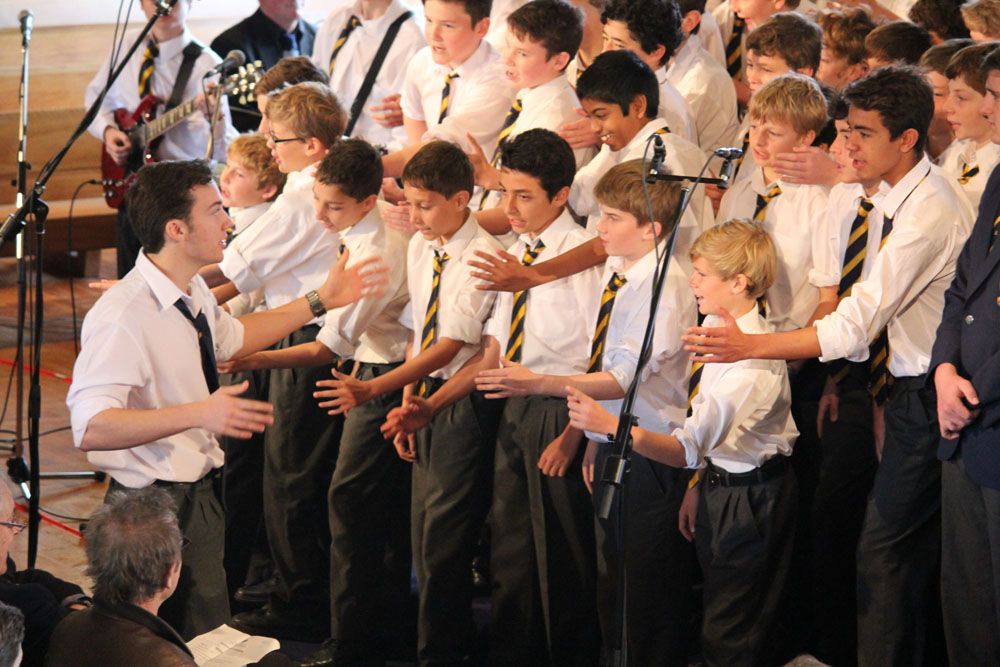 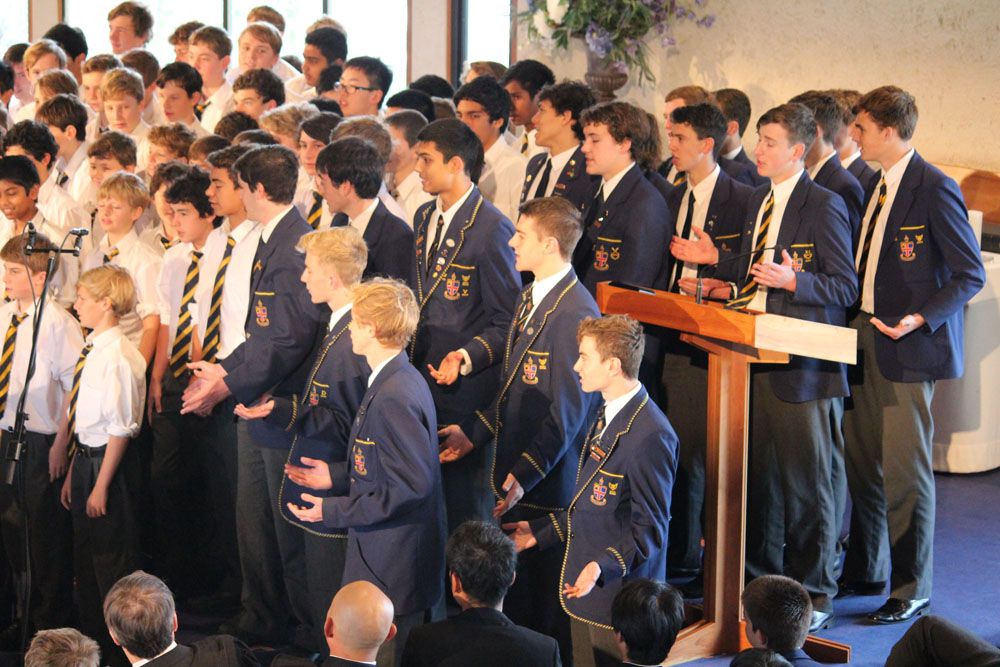 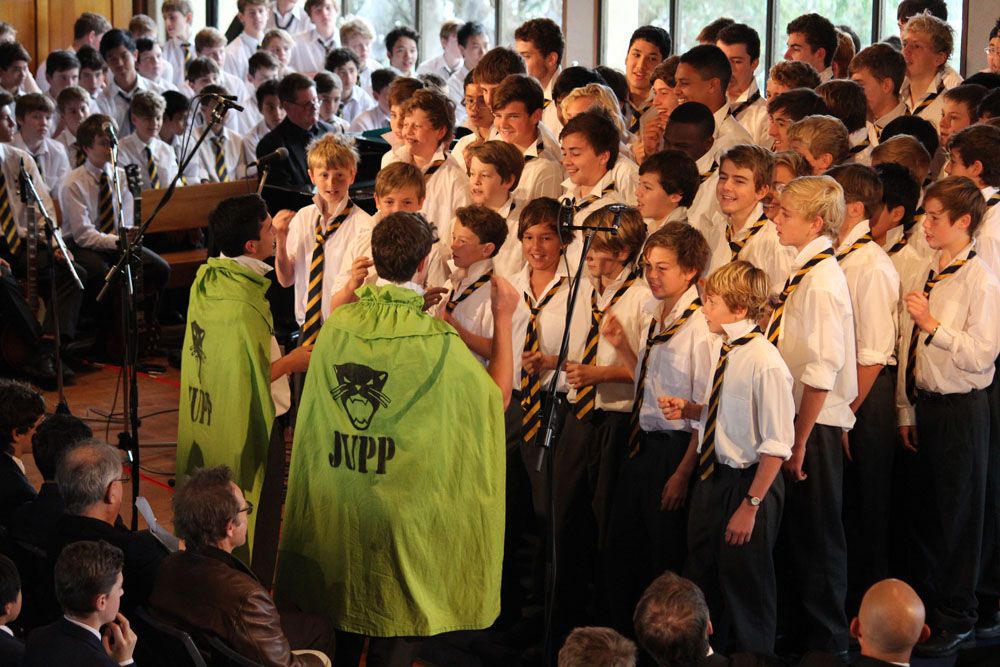 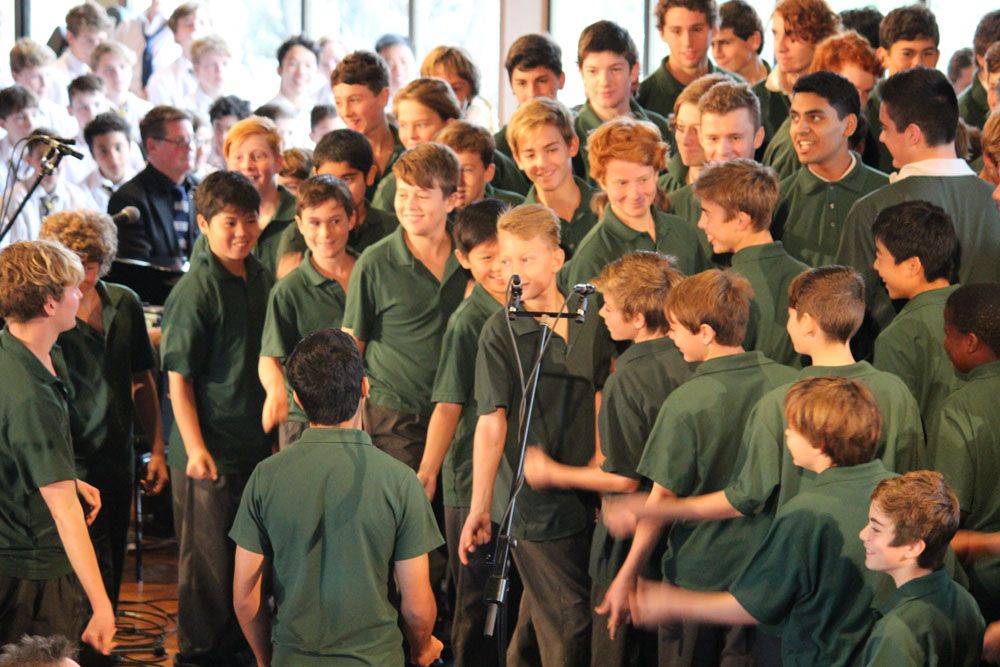 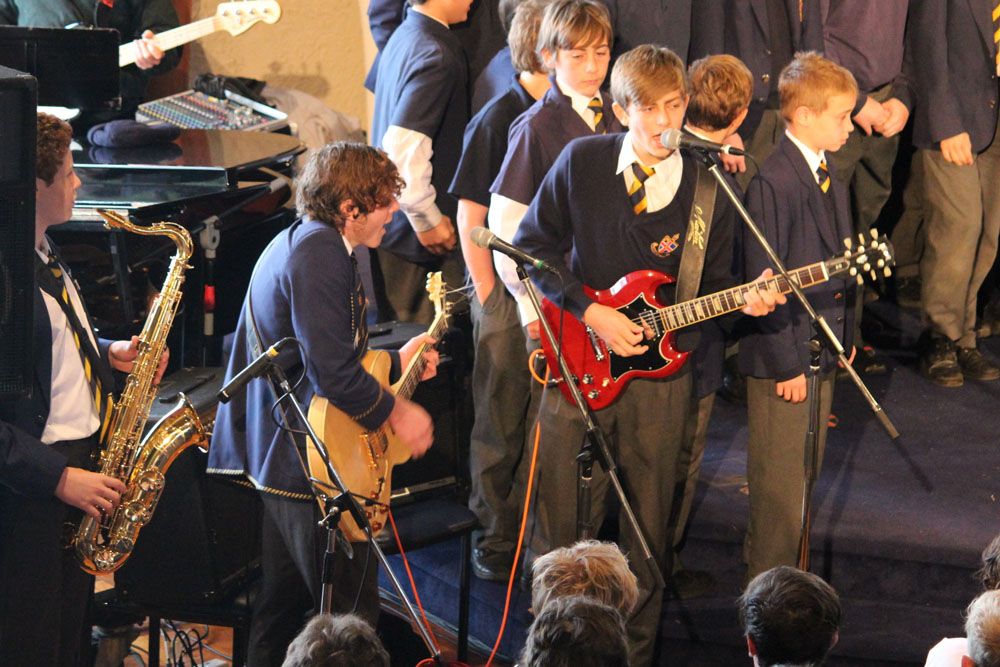 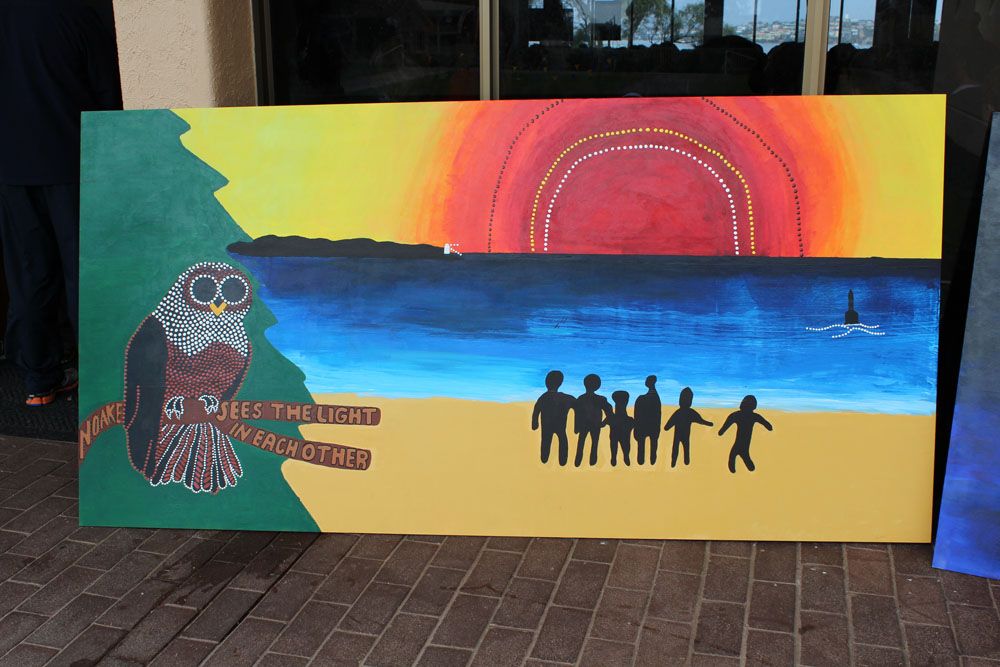 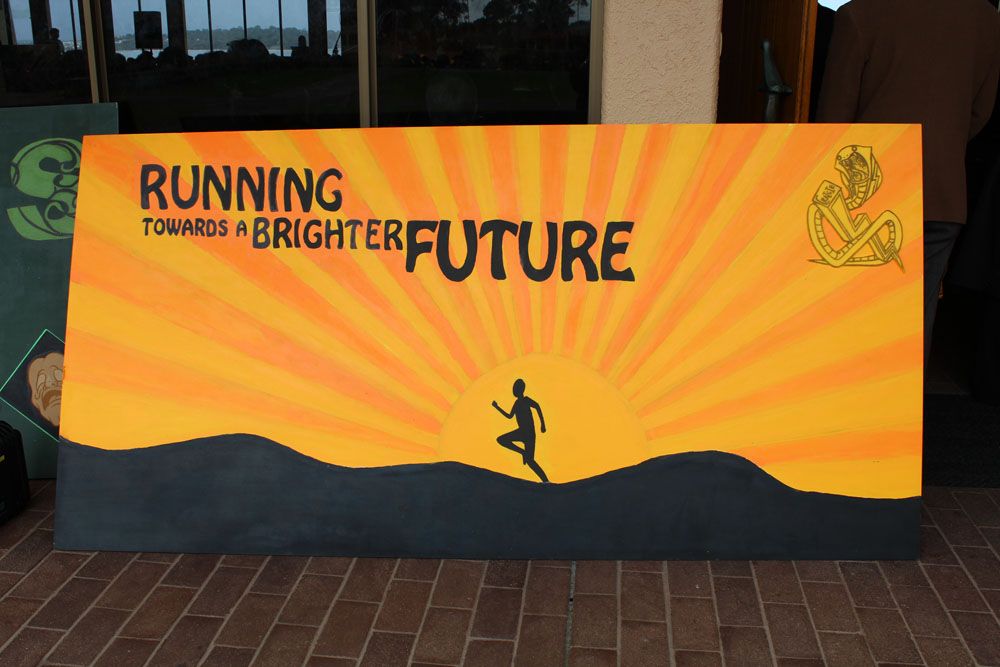 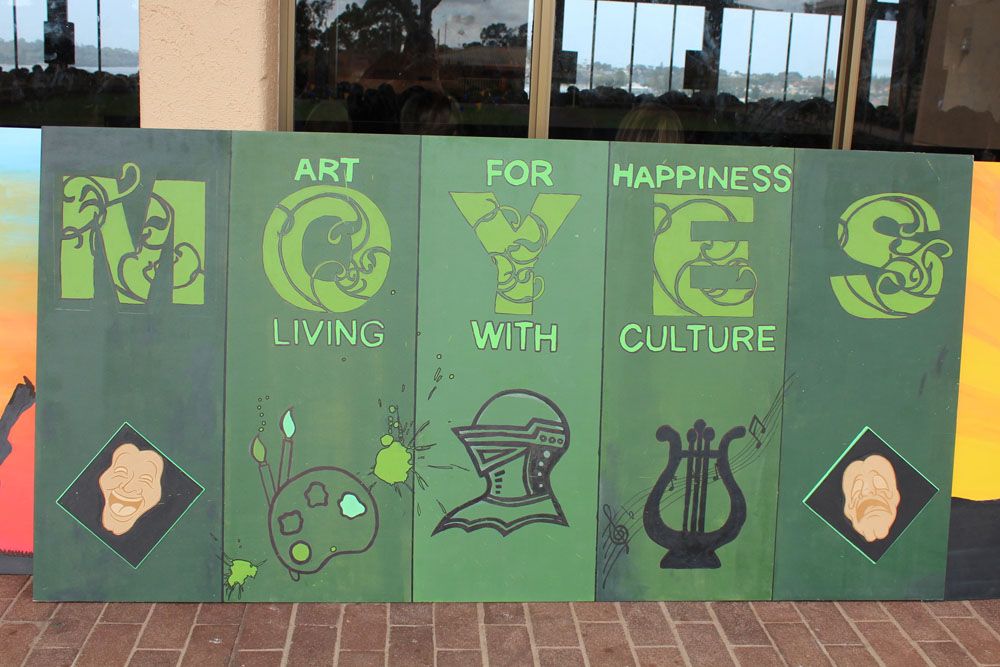 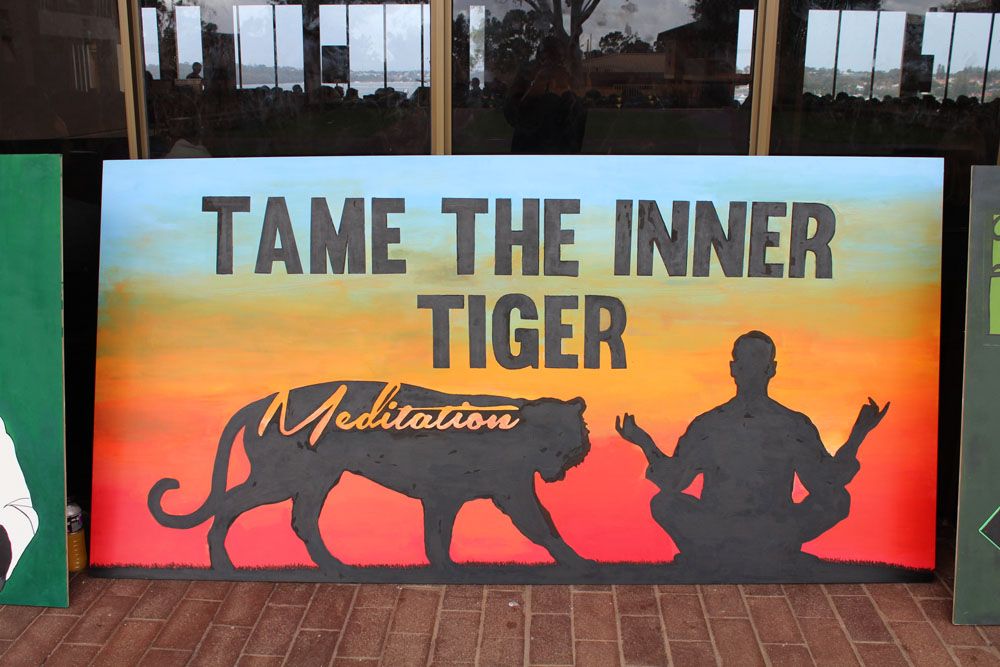 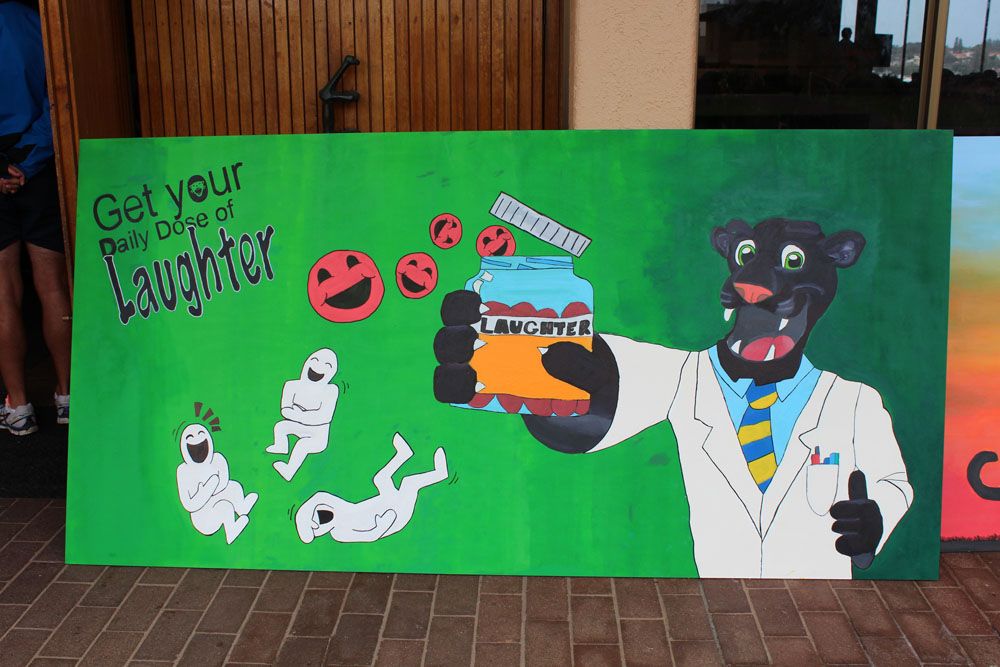 Wolsey edged out reigning champions Noake and Jupp by one point to take top honours in the House Shout on Thursday. Wolsey’s rendition of See You Later Alligator won the morning in a hard-fought ‘50s and ‘60s rock and roll theme.

Noake, who has won the past four House Shouts, performedSummertime Blues and placed equal second with Jupp, who sang All Shook Up. Hill’s At the Hop was third and Craigie’s version of Hound Dog fourth, followed by Queenslea (That’ll be the Day), Moyes (Johnny be Good) and Romsey (Rock Around the Clock).

This year’s guest judge was Andrew O’Connor, an acclaimed consort singer and soloist with the Perth Lyric Opera, West Australian Opera, Giovanni Consort and St George’s Cathedral Consort and Choir, as well as a sessional music teacher at Christ Church. He congratulated the House choirs on their efforts as well as the House Shout band including Phil Bailey (bass guitar), Warren Hall (drums), Luke Dux (guitar) and Christopher Draber (piano).

The results of the annual House Mural competition were also announced at the assembly. Last term, the House Prefects selected their subject from a ballot, which was to create a billboard-style awareness campaign based on different strategies for happiness. The design teams had to promote their strategy while encompassing the essence of their House colour as well as their motto and/or emblem.