A new relationship between Christ Church and not-for-profit organisation Food Rescue is helping more rescued food reach disadvantaged, vulnerable and at risk West Australians. Year 10 Environment and Community (ENCOMM) cadets are sorting boxes of fresh produce from supermarkets, that would otherwise end up in landfill, ready for distribution to those in need.

The relationship was forged late last year when Humanities teacher Nicole Xouris took a Year 8 class to Food Rescue’s head office in Belmont. Since the start of the school year, 20 boys have become Food Rescue volunteers as part of the School’s ENCOMM cadet program. In addition, some boarders, parents and siblings have also volunteered their time from 3.00pm to 5.00pm, on either Monday or Wednesday, in Sandover Dining Hall.

Director of Activities Neil Saggers said Christ Church was the first school to become involved with the organisation. “Food Rescue was delighted to tap into the western suburbs and the number of boxes and volunteers has steadily increased,” he said. “The boys not only make a small difference in helping those less fortunate, they also learn firsthand how much wastage occurs in the fresh food industry.””

Food Rescue currently delivers ~50 boxes, collected from local supermarkets, to Sandover each Monday and Wednesday. First, the boys weigh and record the amount of produce prior to sorting. The fresh is sorted from the not consumable, then placed into boxes and labeled. The boxes are stored overnight in the kitchen’s fridges and are collected by Food Rescue the following morning. All waste must be weighed and recorded before being placed into a compost bin.

Mr Saggers said the new ENCOMM activity was working well. “There is a lot of work to do and it’s physically demanding, especially with the heat of the past five weeks,” he said. He also acknowledged parent and former school canteen manager Ann Carr, for her outstanding help and involvement with this Food Rescue initiative.

Mr Saggers has again encouraged anyone interested in volunteering to come along. 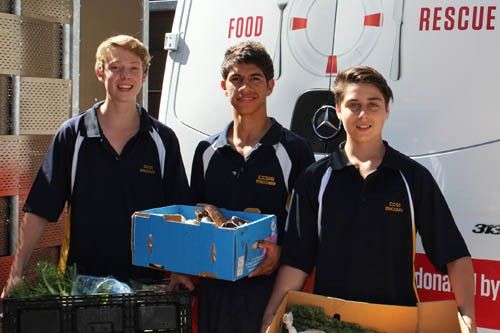 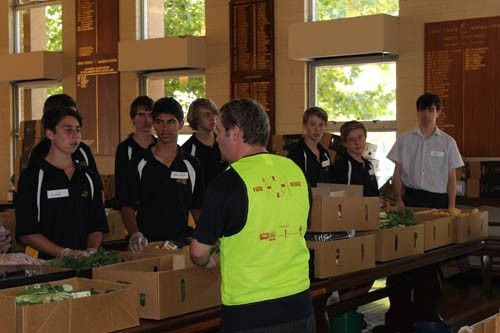 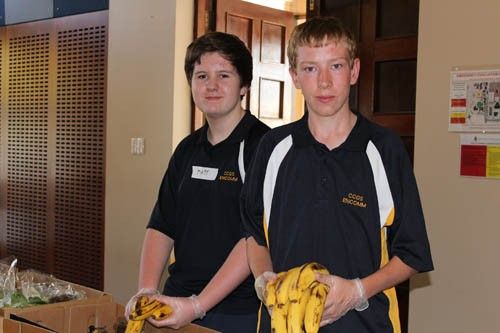 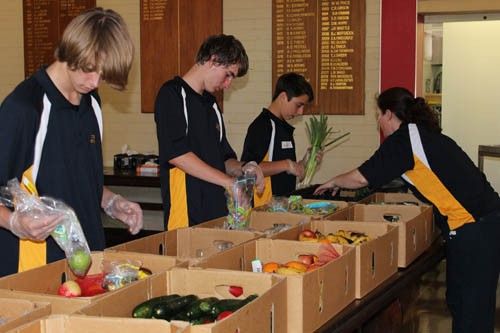 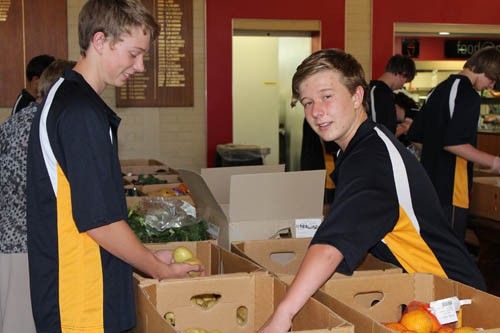