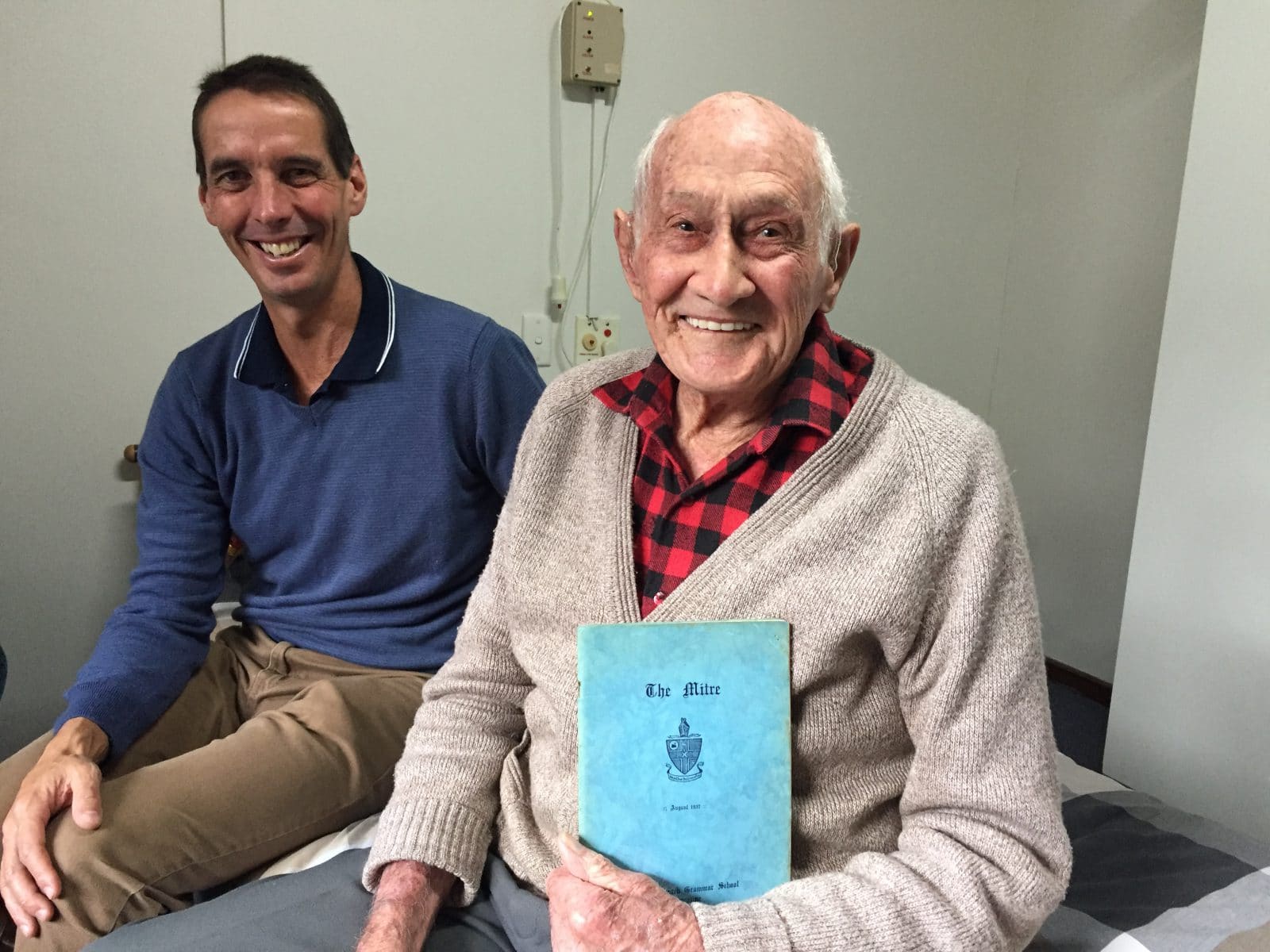 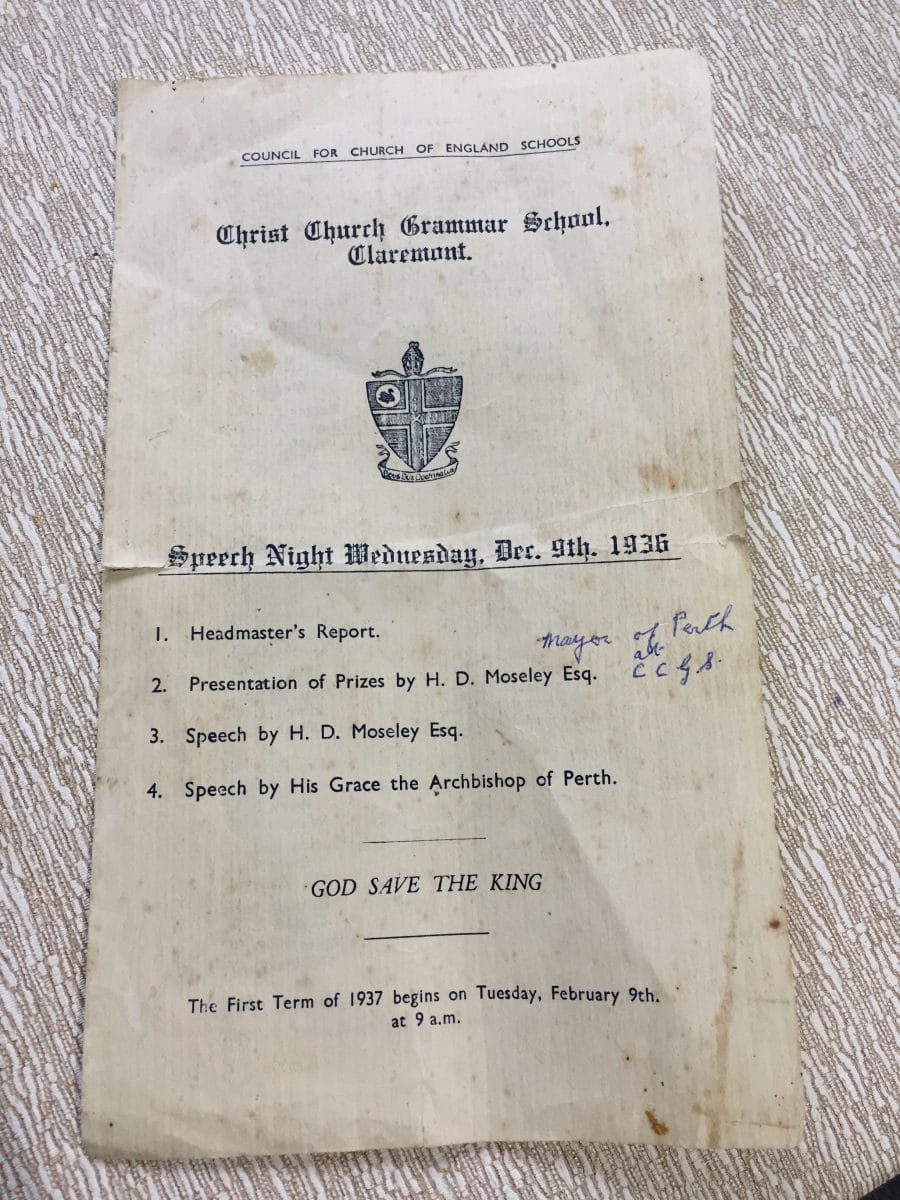 It’s been 80 years since Frank Mullins attended Christ Church Grammar School as a young boarder. Last week, Principal Alan Jones caught up with Frank to reminisce about times gone by.

Frank, a 97-year old resident at the Leeuwin Frail Aged Lodge in Augusta, left Christ Church in 1937, when the student population was just 154 students including 44 boarders.

“There were only three Houses during this period with Craigie House introduced to meet the growing student population,” says Frank as he shared memories of his time as a boarder.

“School sport included much the same as today but with the addition of boxing and gymnastics.”

“The Cadets Corps was into its second year with 20 students enlisted, and students were not permitted to wear the cadet uniform until the age of 16.”

Alan Jones commented “It was an absolute honour to meet Frank, our oldest old boy, and hear of his experiences which date as far back as 1935 when he joined Christ Church as a boarder from the Manjimup region.”

“Since his time at Christ Church, the School has increased to well over 1600 students and international, Indigenous and regional boarders add to the great diversity on campus.”

“We now have eight Houses and a few of the grand limestone buildings of Frank’s era have been refurbished to offer comfortable boarding facilities for students.”

“Today, boarders at Christ Church enjoy their own dining room, plenty of casual spaces both indoors and outdoors, and access to the whole campus including a gymnasium, weights room, sports facilities and 50 metre swimming pool.”

“Regardless of when our students leave and where they may be, they remain a member of the Christ Church family for life.”