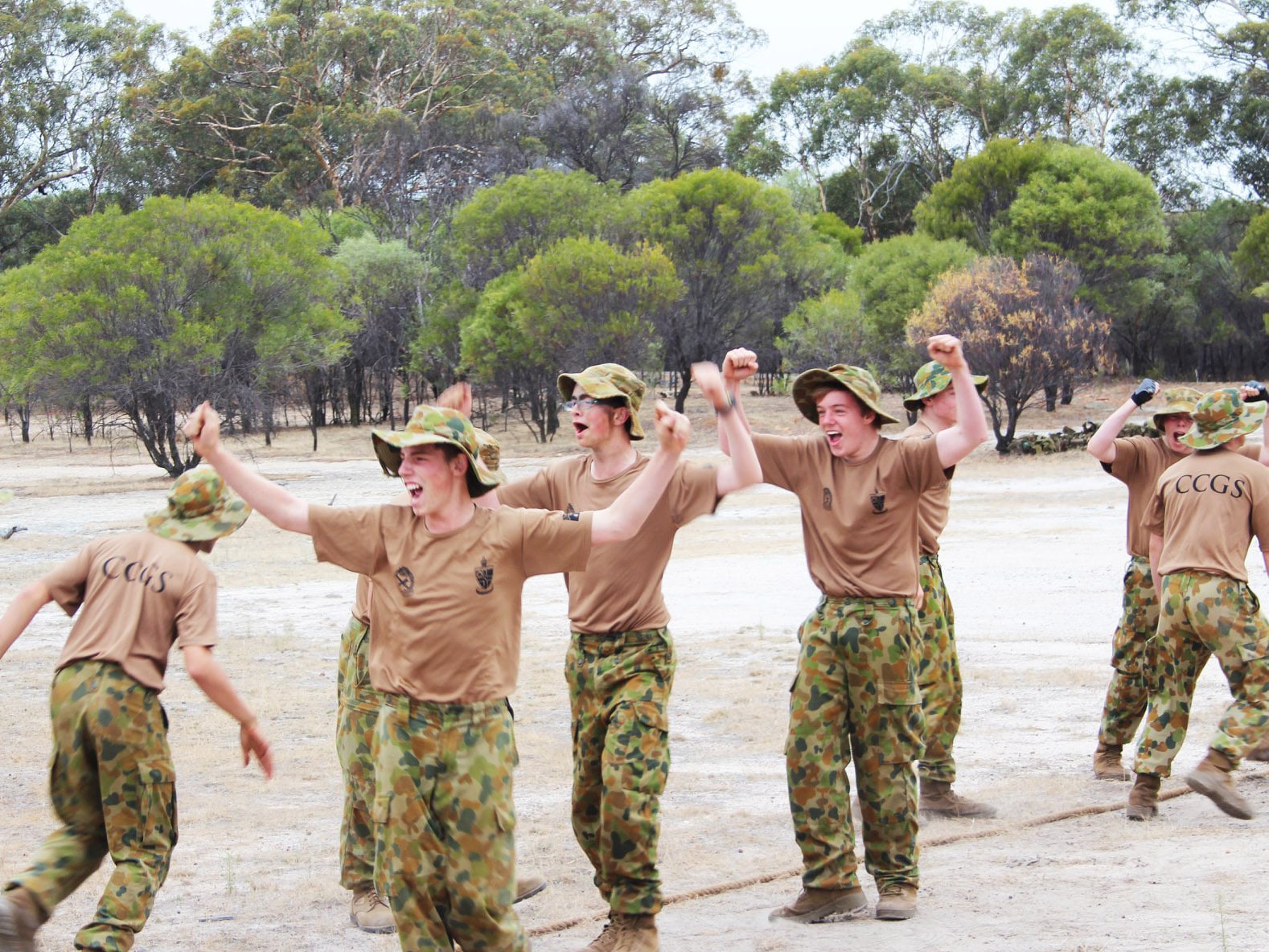 For the second time in five years, the School’s Army Cadet Unit has proudly won the Returned and Services League of Western Australia Unit Efficiency Shield for the ‘best performing Army Cadet Unit.’

The annual award is presented to the most efficient cadet unit in the state, based on annual camp competition results, percentage of unit attendance, community service support and Duke of Edinburgh awards.

“Congratulations to our 75 cadets for their consistent performance across all exercises, promotion courses and community service activities,” says Major Duane Nurse, Co-ordinator of Army Cadets.

“This year, the 2/28th Battalion Association and the WA Royal Australian Regiment Association welcomed the support of our Army Cadets at services including the Rats of Tobruk Memorial service and WA RAR Association Anniversary of the Korean War Armistice.”

“The month of September saw our cadets engage in fundraising activities for Legacy, a charity that provides services to Australian families suffering after the injury or death of a spouse or parent, during or after their defence force service.”

“Supporting St Hilda’s Anglican School Cadet Unit has been a priority for our cadets this year, with St Hilda’s being our sister school and this being their inaugural year.”

“Our cadet instructors have assisted with their training and we have had their cadet unit attend two of our field exercises.”

The RSL Cadet Efficiency Shield was instituted in 2004 by RSLWA in conjunction with Hollywood Private Hospital to ensure appropriate recognition of the efforts of Service Cadet Units throughout Western Australia.