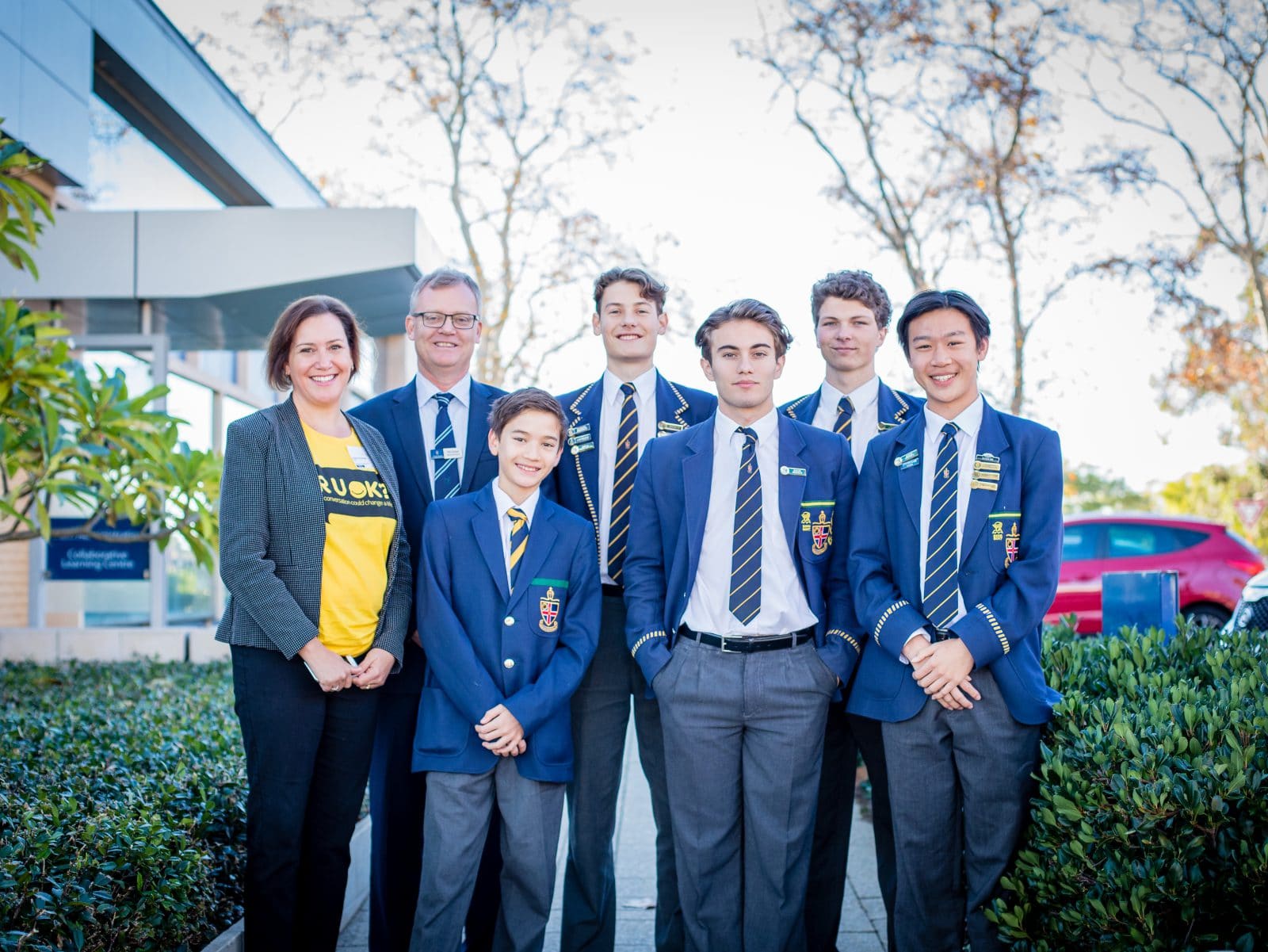 Community Ambassador Claire Orange took pleasure in receiving a record-breaking donation on behalf of R U OK? last week, thanks to the generous support of boys from Moyes House.

The $14,140 donation set a new fundraising record for Moyes House with a number of boys raising several hundred dollars. Special mention went to Year 7 student Ethan Loke who raised a significant $1,186, earning him 1st place on the R U OK? fundraising ladder.

Their fundraiser involved a 45-minute walk from Cottesloe Beach to Leighton Beach with a $30 ‘donation’ to participate with requested support from friends and families.

“In groups of eight, the boys were mixed up by way of age and tutorial group, and matched with those they would not usually interact with,” says Head of Moyes House, Michael Masterton.

“As they walked, the boys in pairs were encouraged to start up a conversation with ‘Are you ok,’ ask questions of each other and make an effort to talk about challenges and successes. After five minutes, the boys then had to pair up with another boy so that by the end of the walk seven meaningful conversations had taken place.”

Addressing the Moyes boys together with Claire last week, Michael said, “There are many times when boys hesitate to speak out on personal issues, so it’s important that you support one another and build a brotherhood.”

“R U OK? reminds us that we all have a responsibility to check in and connect with those around us.”

In thanking the boys, Claire said the money would go towards many schools around the country whilst also delivering greater mental health outcomes in the community.