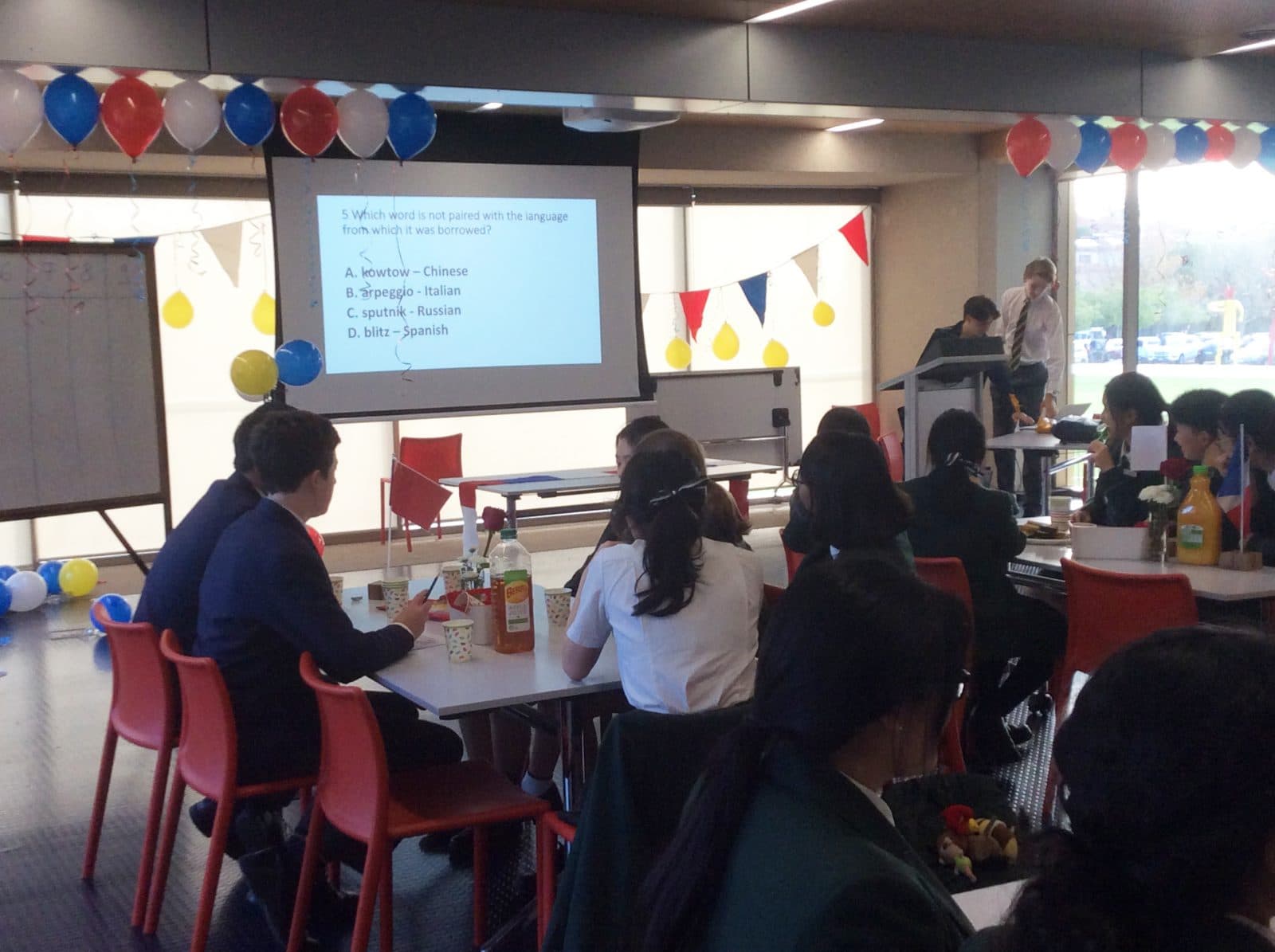 Our annual Languages Quiz was held last week with students from Methodist Ladies’ College joining the festivities for six rounds of language trivia in the School Refectory.

Year 9 and 10 students enjoyed a series of quiz challenges related to language offerings taught at both schools; French, German, Japanese and Chinese. For added fun, etymology and famous people who speak another language were included.

“Throughout the evening there were hot snacks and drinks available which represented the cuisine of the four countries highlighted,” says Head of Languages, Nicky Griffin-Appadoo.

“The winning team received a goodie bag each and it was a really fun night where we all learned a few new things and showed off what we already know.”

“We are looking forward to next year’s quiz night which will be held at MLC.”