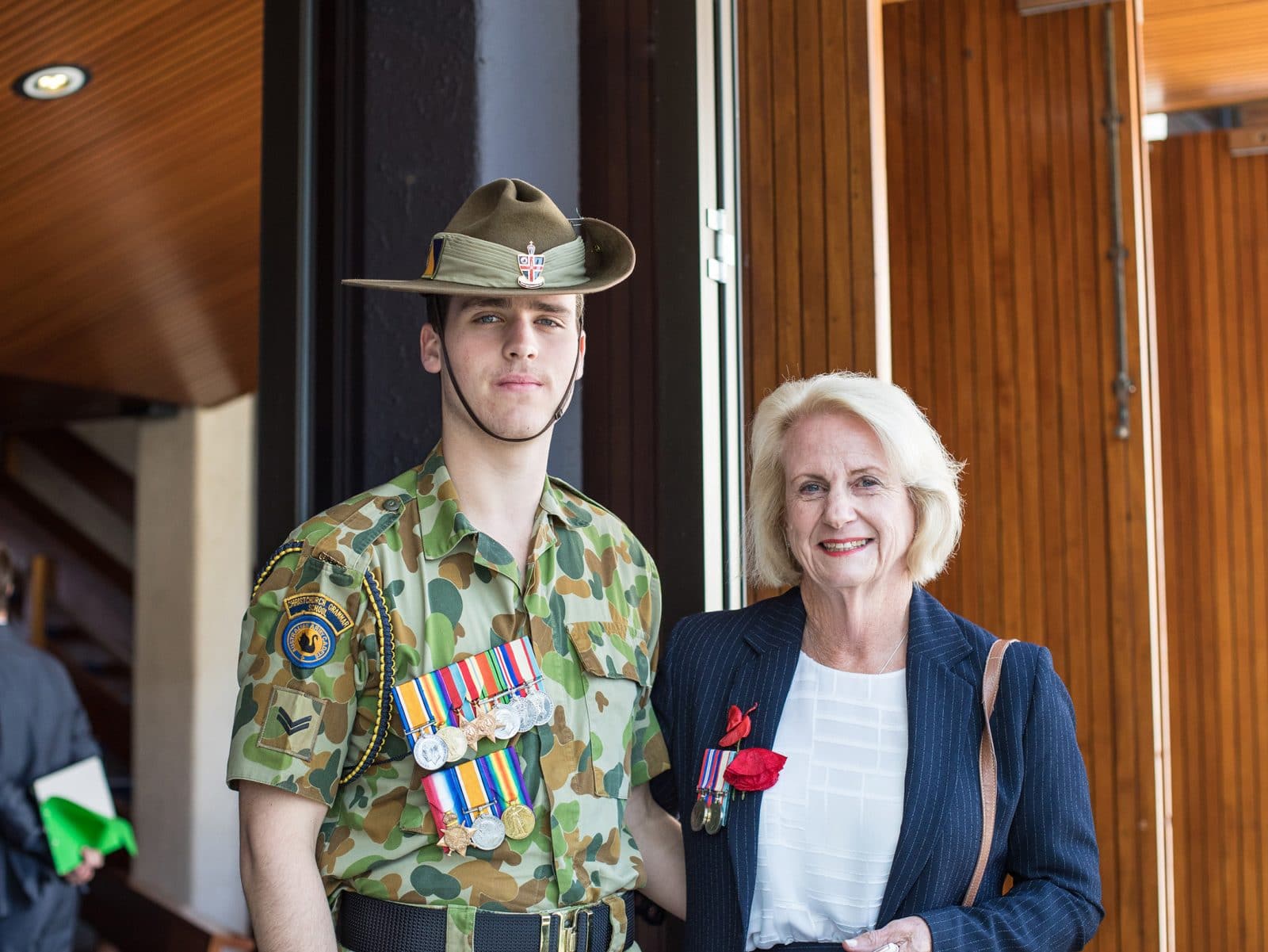 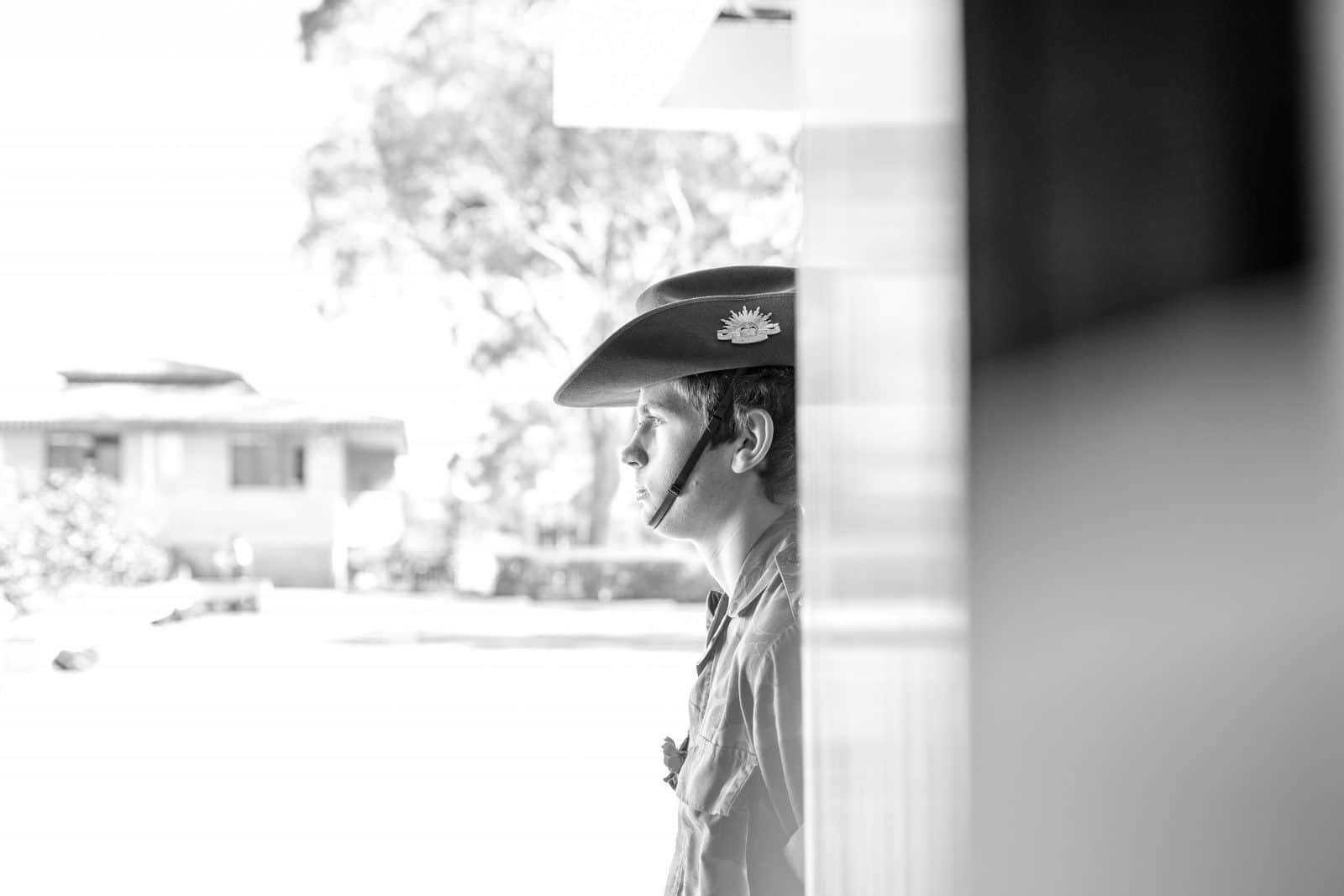 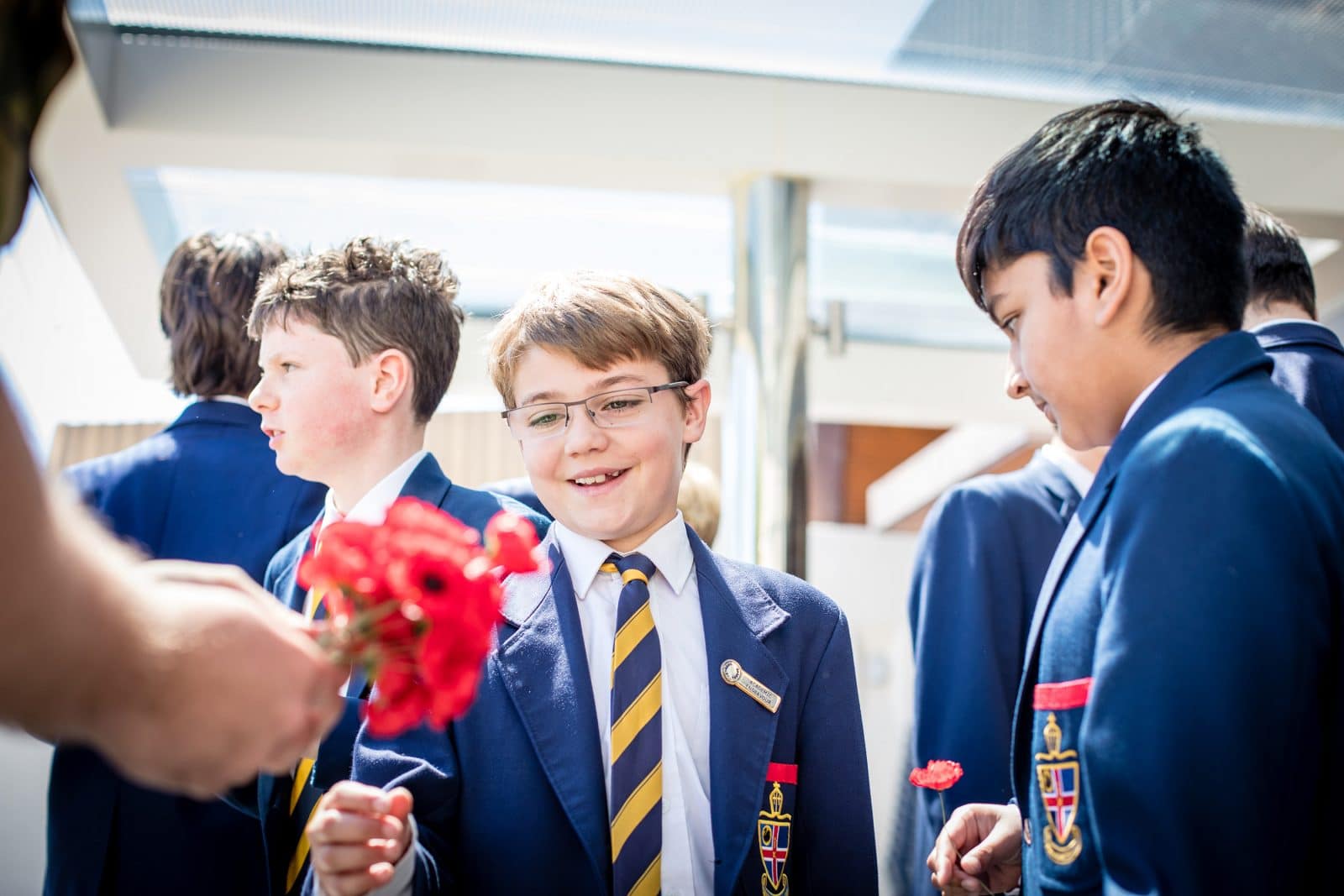 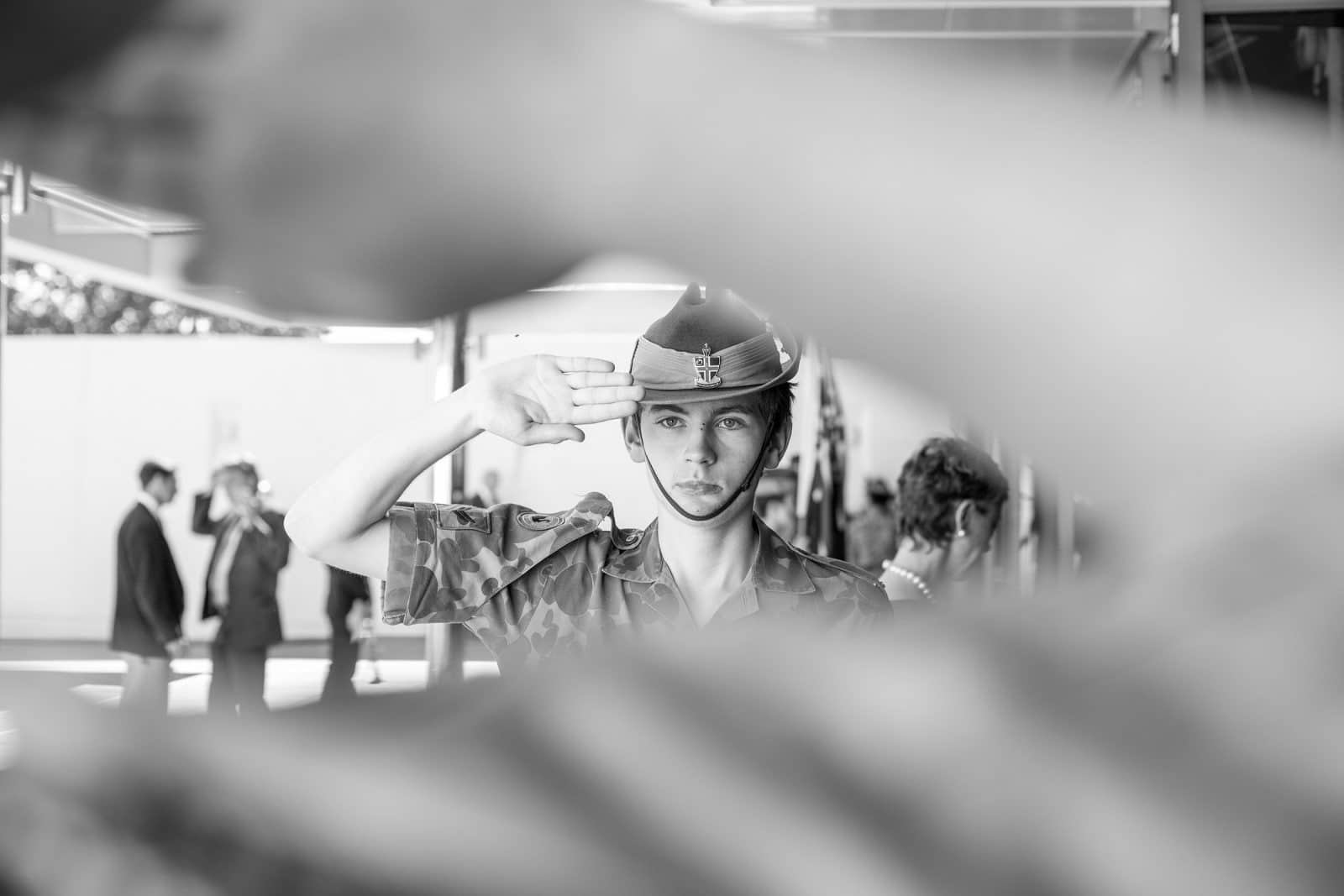 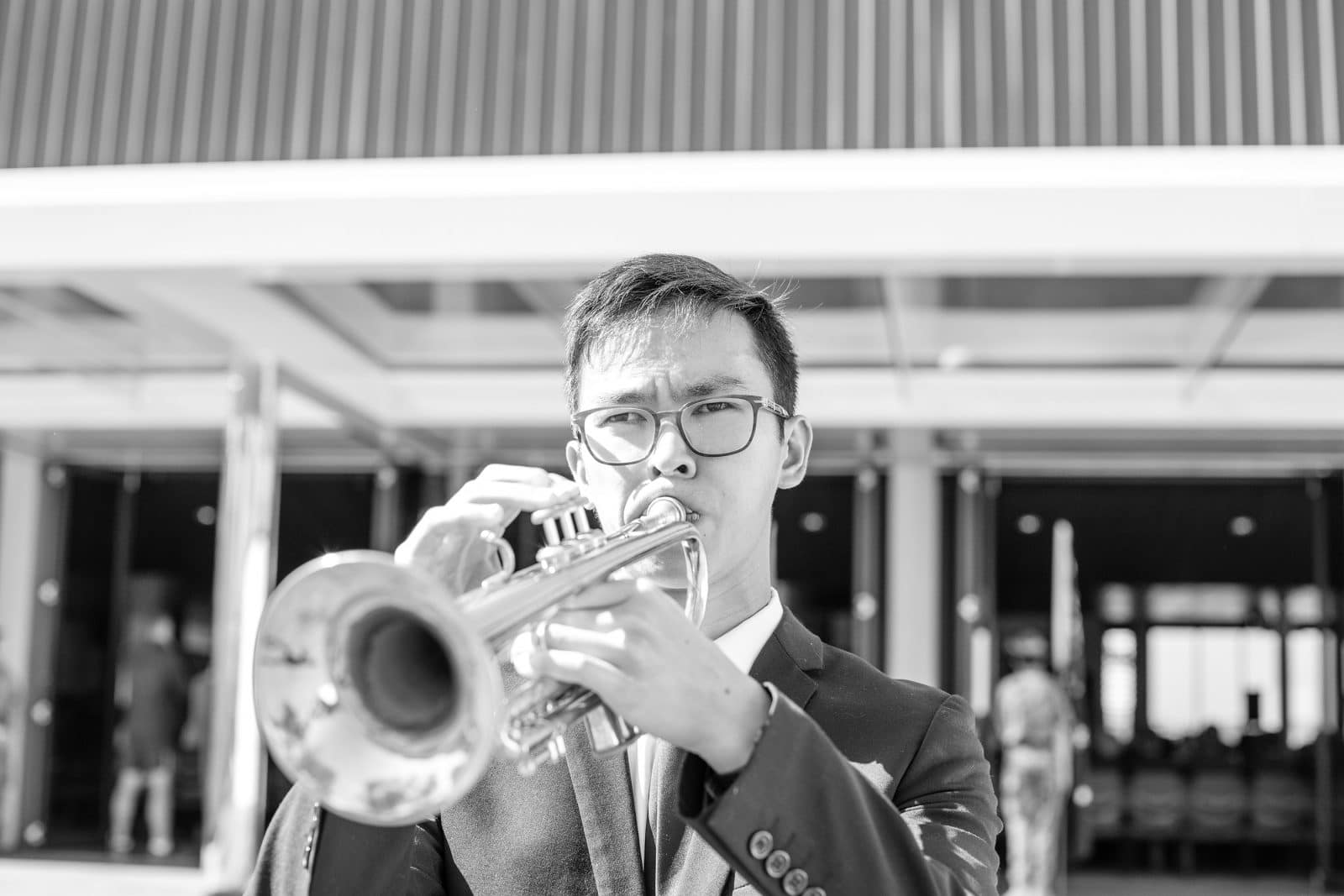 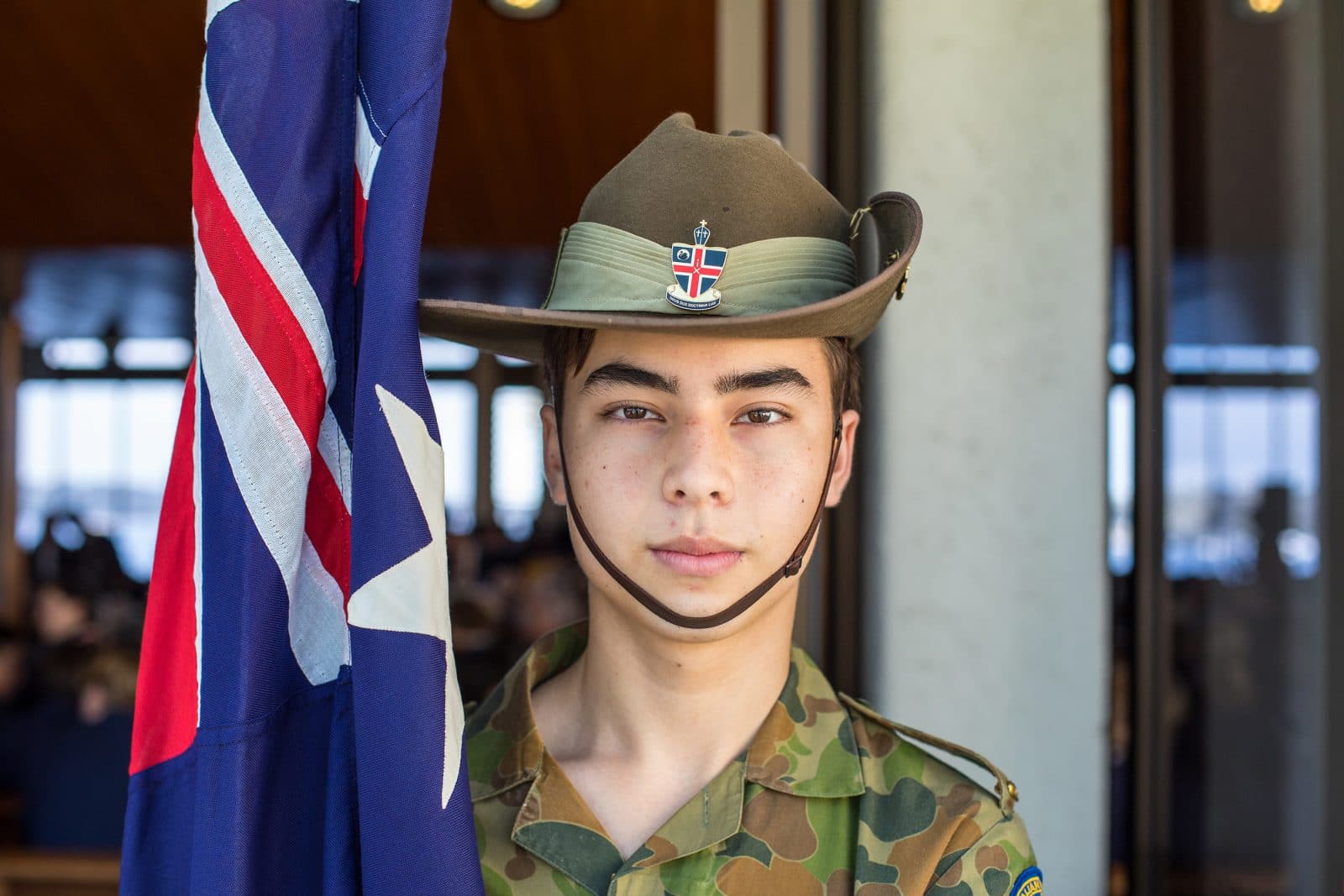 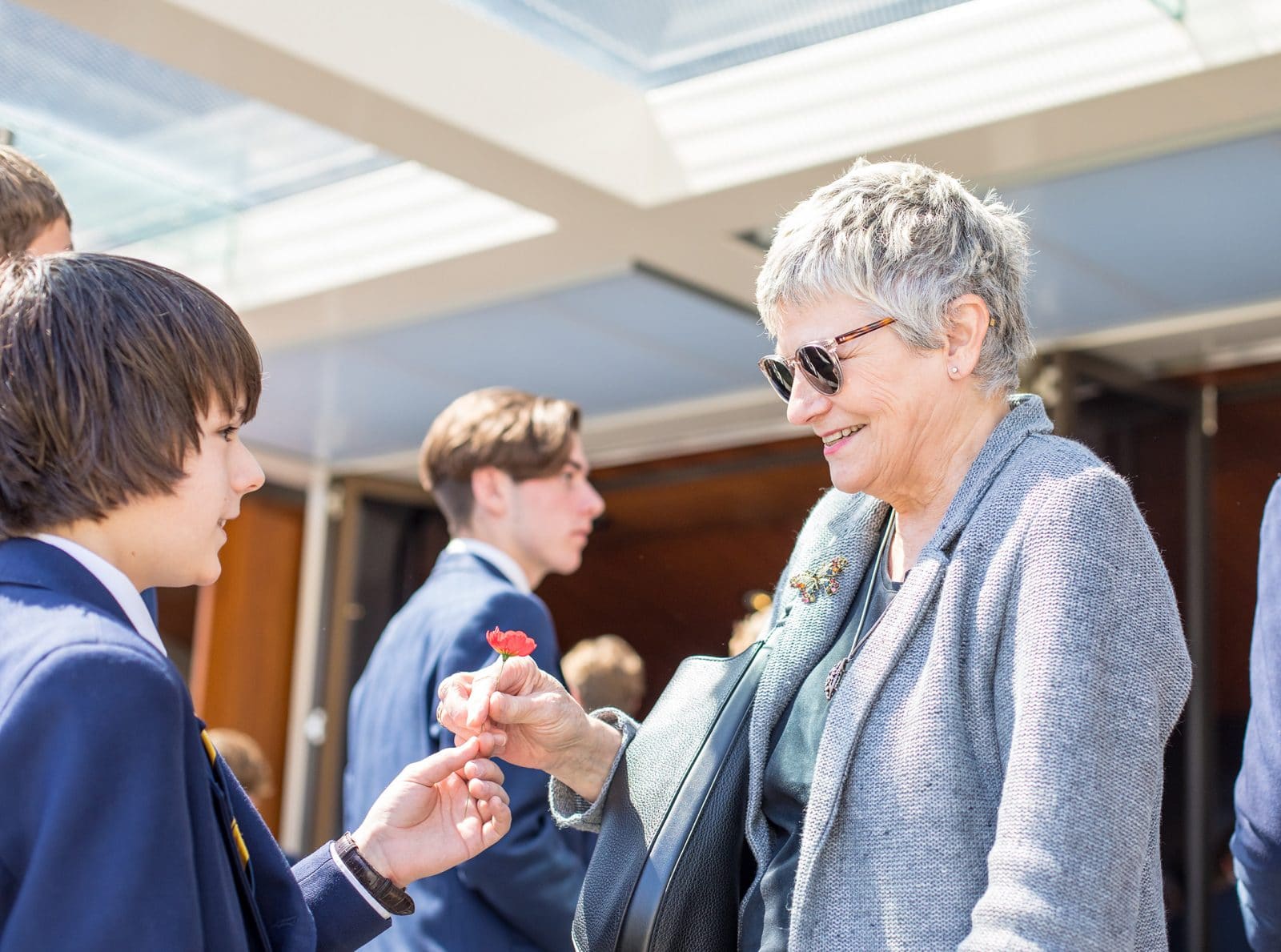 Servicemen and Christ Church old boys who have sacrificed their lives during war were honoured this morning as part of the School’s Remembrance Day Commemoration service.

Joined by grandparents and grandfriends of boys from the Senior School, a Flag Party represented by Year 11 Cadet Sergeants Nicholas Patrikeos, Max Shannon and Alex Brown opened formalities by setting flags into position in the Chapel.

Major Duane Nurse, Co-ordinator of Army Cadets delivered the first reading titled A Reflection, a story about the School’s founder Canon WJ McClemans and two old boy soldiers who had served during World War I. This followed with official party guests Tom Nattrass (OBA President) and Con Zempilas (President of the Parents’ Association) laying wreaths on stage as a tribute to those who served during wartime.

Captain of School Patrick Mahony delivered a reading of The Ode, written by English poet and writer Laurence Binyon.

A performance of The Last Post concluded the commemoration service before grandparents and grandfriends were invited to morning tea in Sandover Dining Hall.